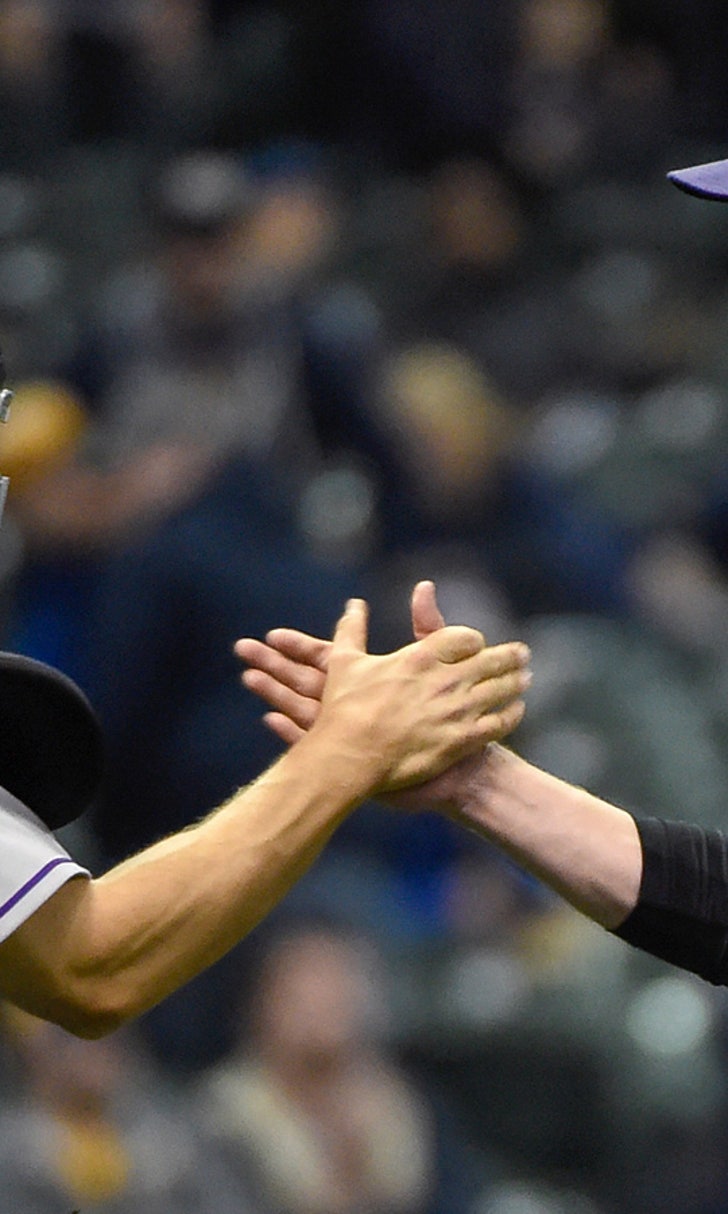 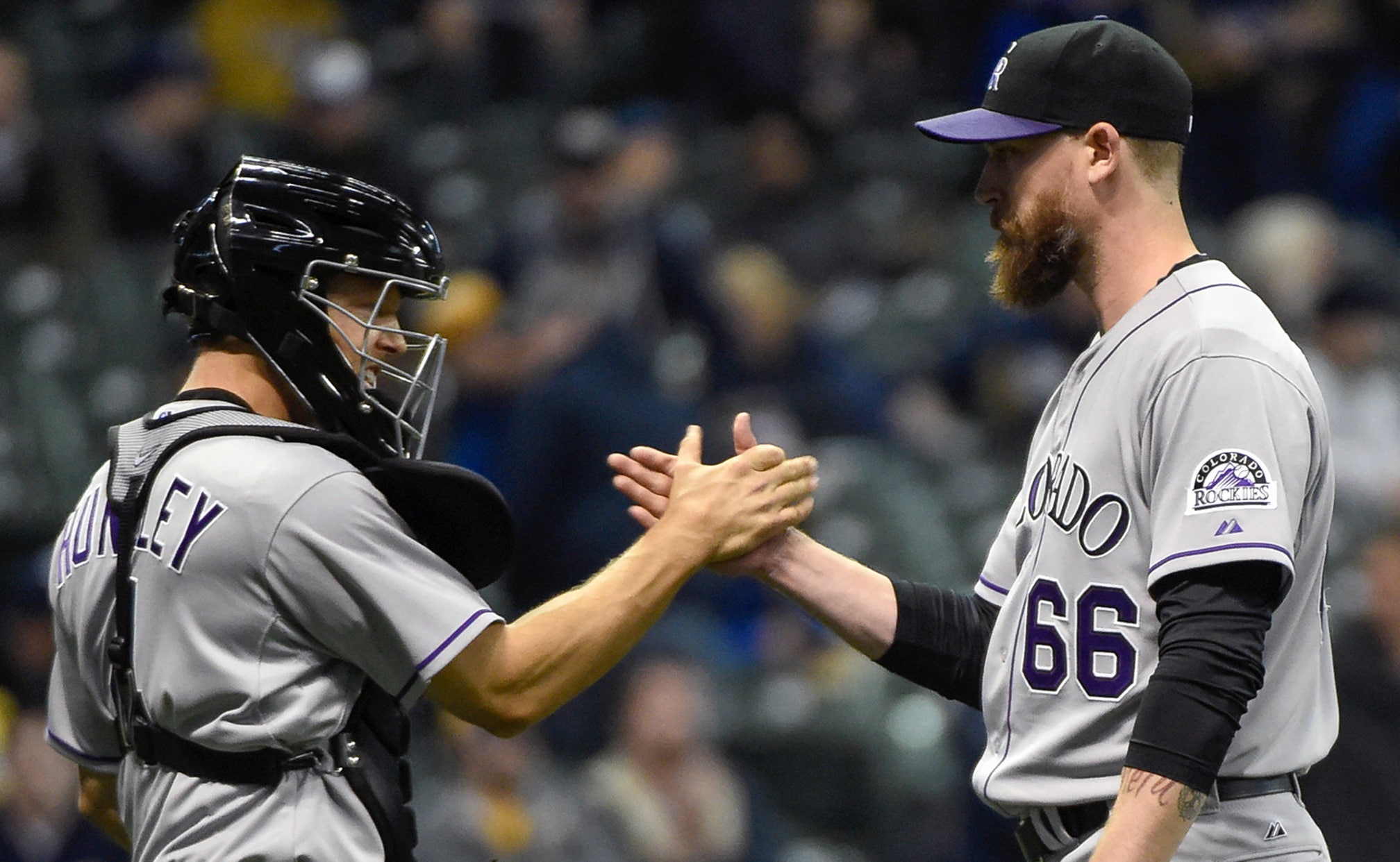 Rockies' Axford taking leave to be with son, 2, during continued treatment for snake bite 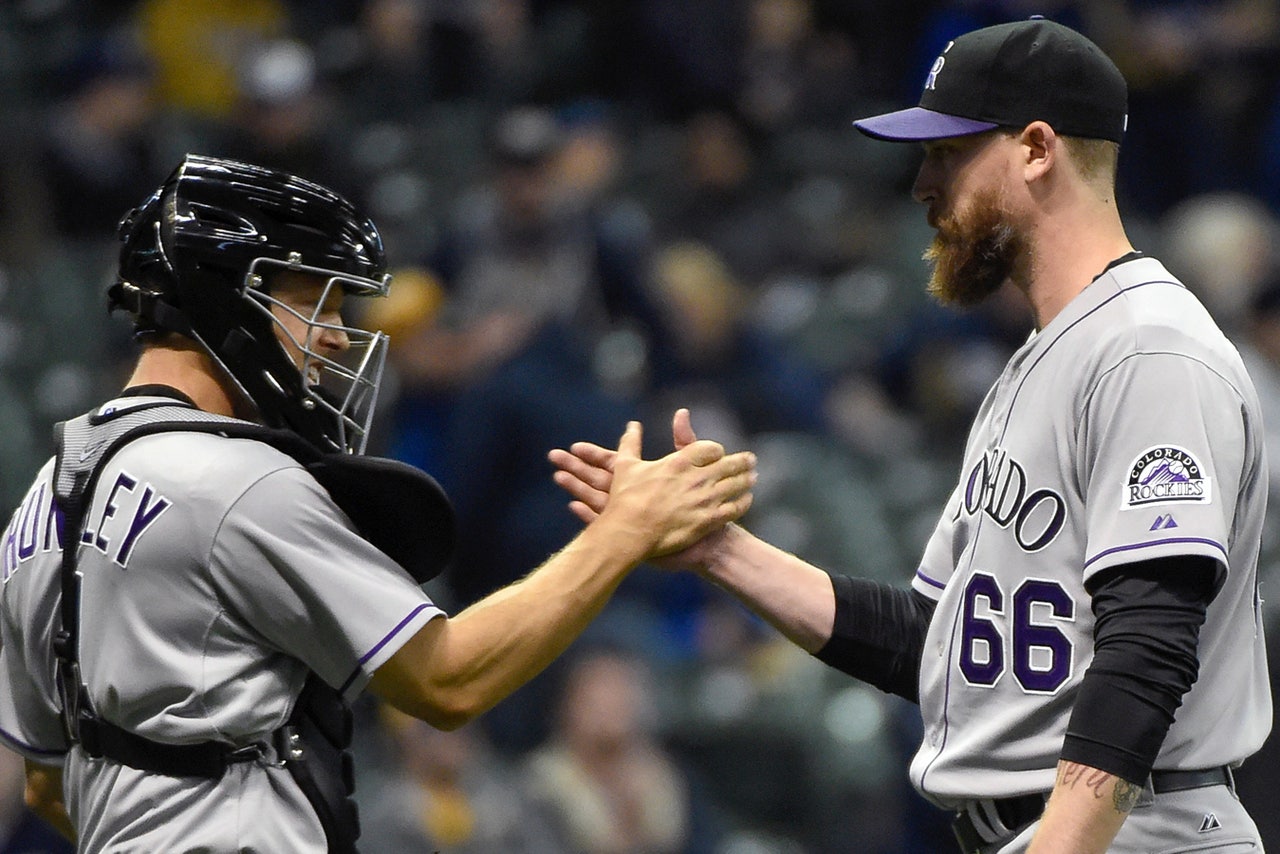 DENVER -- John Axford is taking some time off to tend to his young son, who was bitten by a rattlesnake last month in Arizona.

The Colorado Rockies placed the right-handed reliever on the family medical emergency list before the game Sunday.

Axford said his son had surgery last Monday -- opening day for the Rockies -- on his right foot to remove necrotic tissue. Axford said the toes of 2-year-old Jameson "look fine," but doctors are trying to improve mobility as they combat infection.

Jameson will board an emergency medical flight Monday to Denver for more treatment.

"We still have a long road, a long process to go," Axford said. "But at least I'll be able to be closer to him."

His son was bitten twice in the yard of the house his family rented in Scottsdale for spring training. Axford will be out for at least three days and a maximum of a week.

To take Axford's spot, the Rockies selected the contract of righty Scott Oberg from Triple-A Albuquerque. They also transferred infielder Charlie Culberson (back) to the 60-day disabled list.

Axford has made one appearance for the Rockies this season, getting a save with a scoreless 10th inning Wednesday at Milwaukee. But really his mind has been anywhere but the ballpark. His wife, Nicole, has been constantly by his son's side at the hospital.

The family was hoping for "better things" after the surgery.

"The necrotic tissue on his foot ended up being worse than we thought," explained Axford, who also has a 3-year-old son, JB. "There was a lot of infection in there, and it was a staph infection. The tissue they thought was going to be good turned out to not be great. ... His foot is in pretty rough shape in spots."

More surgery will be necessary, and Axford said one of the top surgeons is in Denver.

"The doctors in Arizona have been amazing. They've texted me, called me, keeping me updated with everything," Axford said. "They told me they all agreed that this was the worst rattlesnake bite they'd seen in the area. It's pretty unfortunate that it went that way for him, but it was fortunate that it was in the area that it was, on his foot, not somewhere else on his body, especially with the damage that was done."

Given his age, Axford is hoping his son won't remember too much about this incident.

"Hopefully because he is 2 he'll be able to erase it from his memory. But he'll have an incredible scar on his foot to show people and he'll have the story from us," Axford said.

Rockies manager Walt Weiss went through a health scare with his son more than a decade ago and shared his story with Axford. When Weiss was playing for Atlanta in 1998, his son, Brody, got E. coli and developed a blood disease. Brody Weiss was in critical condition for a few weeks. Now Brody is playing baseball at a community college.

"Dealt with a life-and-death situation with my son and was away from the team for a while, and so I was certainly able to empathize with him, in sharing that story," Walt Weiss said. "That doesn't make it any easier for John, but I think it helps when someone can share a similar experience with you."