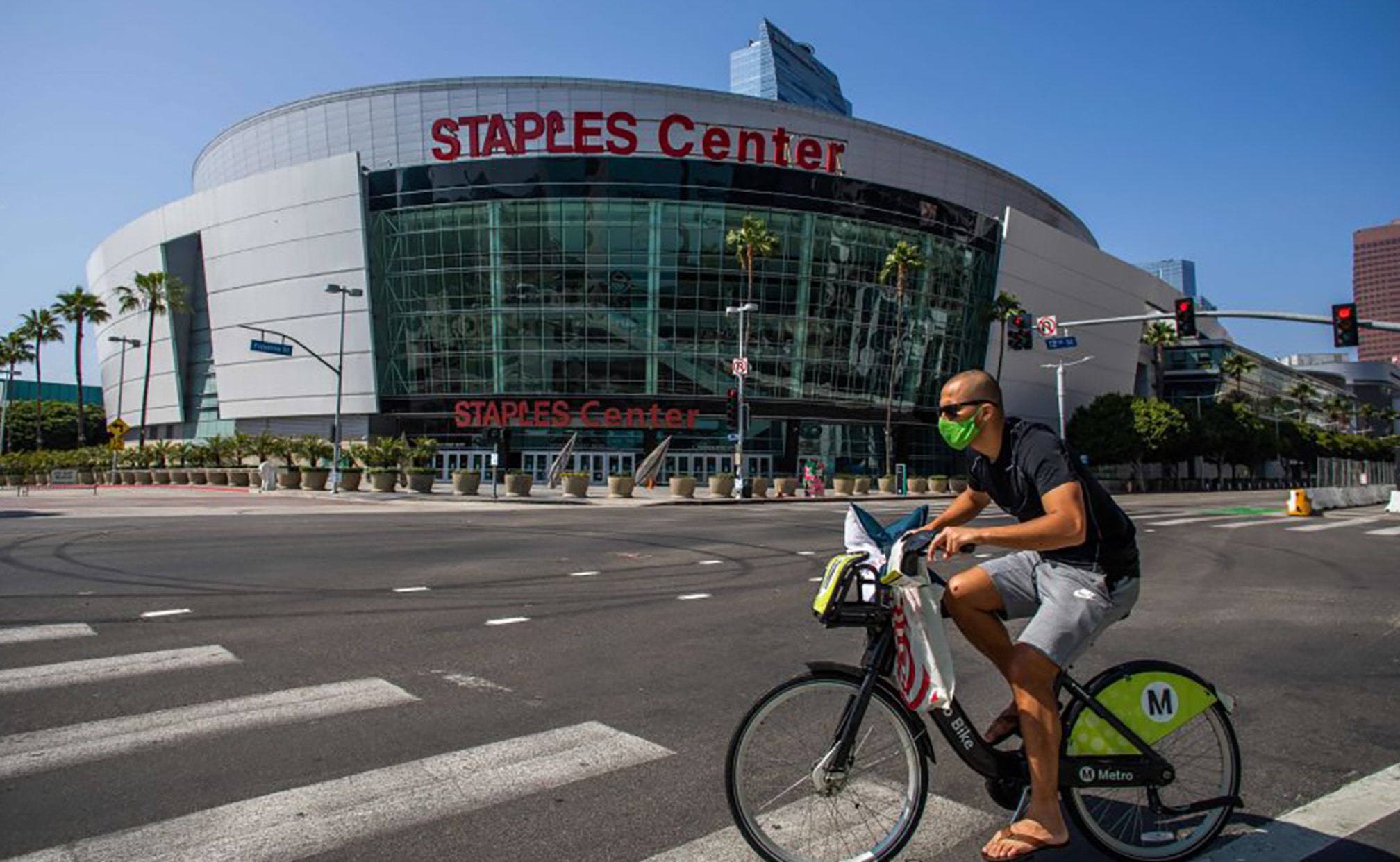 Even as fans have lamented having “nothing to watch” since those tremulous days of March when sports shut down, we knew it wasn’t exactly true, in the most literal sense of the words.

There has actually been quite a lot to turn your eyes to from the moment that American life and its various forms of athletic competition were shuttered, and the race to fill our time didn’t take long to heat up.

The genres ranged from the apologetically nostalgic (old games and documentaries about old games) to the far-flung (Taiwanese and South Korean baseball), to athletic oddities like Russian table tennis, which is apparently doing a roaring trade in the betting markets.

There have been wonderful absurdities like marble racing, virtual recreations backed by authentic knowledge such as iRacing, and, finally, an altered but gratifying return of events like NASCAR, the UFC and German Bundesliga soccer.

If truth be told, and as lockdown restrictions ease at differing rates across the country, we might already be beyond the point where we will watch “anything.” Shocker, I missed the most recent marble racing Grand Prix — and now, I’m hungry for a new kind of content.

My latest activity to replace the usual glut of live sports is sleuthing for information that might give genuine indicators as to when the sporting calendar will look remotely like it did before. The games won’t have the same visuals for a while, most probably, but I’ve already gotten over that. Crowd atmosphere, which two months ago I thought was essential, now feels like a future luxury rather than a present necessity.

No, my main sporting focus is to wish for an impending time where there are games, lots of them, across a multitude of sports, whether the stands are empty and silent or not.

We’re not in the business of speculation here; indeed, to do so in the midst of this particular chapter of history would be outrageously inappropriate. While preserving our appetite for a swift sporting return, we must remember that the reason leagues and events closed like the rest of American life was in an attempt to prevent even more people from dying.

It is okay, though, to look forward to the restoration of some of the enjoyments and daily procedures that we’ve missed. Which is why, right now, I have a fresh type of viewing addiction.

Admittedly, the press conferences of state governors can be dry affairs, but if you really want to get a feel for how the progression of a sports reboot is going to look, that is where you should be headed. There is a reason why commissioners of the biggest leagues in the country haven’t been able to say a lot — it is because they are beholden to the realities of various state ordinances, guidelines and, in each case, the governor’s willingness to cooperate.

All the briefings, whether it be Gov. Ron DeSantis in Florida, Gov. Andrew Cuomo in New York, Gov. Greg Abbott in Texas or Gov. Gavin Newsom in California, are centered squarely around the ravages and countermeasures of COVID-19. Yet, if you tune in, rare is a day when professional sports does not warrant a mention across several of them.

To someone whose first port of call in the morning, even these days, is the athletic news pages, hearing sports mentioned so frequently amid the ultra-serious world of politics is actually a little surprising, albeit a reminder of how much the games we love matter to America. And to start this week, there was sports front and center once again, as the governors gave their latest updates.

Monday didn’t give us definitive answers. We still don’t know when the NBA might return, don’t know exactly how Major League Baseball’s season will be structured, or the nature of the hurdles the National Football League will face as it intends to start on time with as little disruption as possible.

But the Monday briefings from Cuomo, Abbott and Newsom in particular sure made a nice break from nothing but bad news. Three governors, all in key states, all issued declarations on a return to sports that was far more hopeful than before.

After all those cancellations, all that talk about whether sports would ever be the same again, all those mentions of 2021 and beyond, it felt something like a leap in the right direction. Optimism is like oxygen for the sports fan, and it finally feels all right to inhale deeply again.

In California, Gov. Newsom chimed in soon after.

“Sporting events, pro sports, in that first week or so of June, without spectators and modifications and very prescriptive conditions, also can begin to move forward,” he said.

In Texas, Gov. Abbott issued an order that from May 31, pro golf, auto racing, baseball, softball, tennis, football and baseball can all resume.

After all the doom and gloom, and all the wondering, it felt like something real. Given that those three states have 37 franchises in the big four sports plus Major League Soccer, it should.

We’ve heard all the random ideas and proposals about what modified seasons could look like, often without much in the way of thought given to the obvious, that state regulations would be a more decisive factor than individual opinions.

The governors are not athletes or team owners or commissioners. Frankly, when it comes to this topic, I couldn’t care less about their political leanings. But as we look towards a brighter sporting future and the end to this strange odyssey of emptiness, they are the right place to look.

Sports might have been changed by what has transpired in 2020, but it didn’t get squashed by it. We now have definitive indicators that sports (almost) as we know them, are inching toward a return.

It is not normal that you would find your source of sporting optimism in the words of politicians, but these, in a monumental understatement, have not been normal times.

That’s okay. Stay safe. And get ready. We’re getting closer.