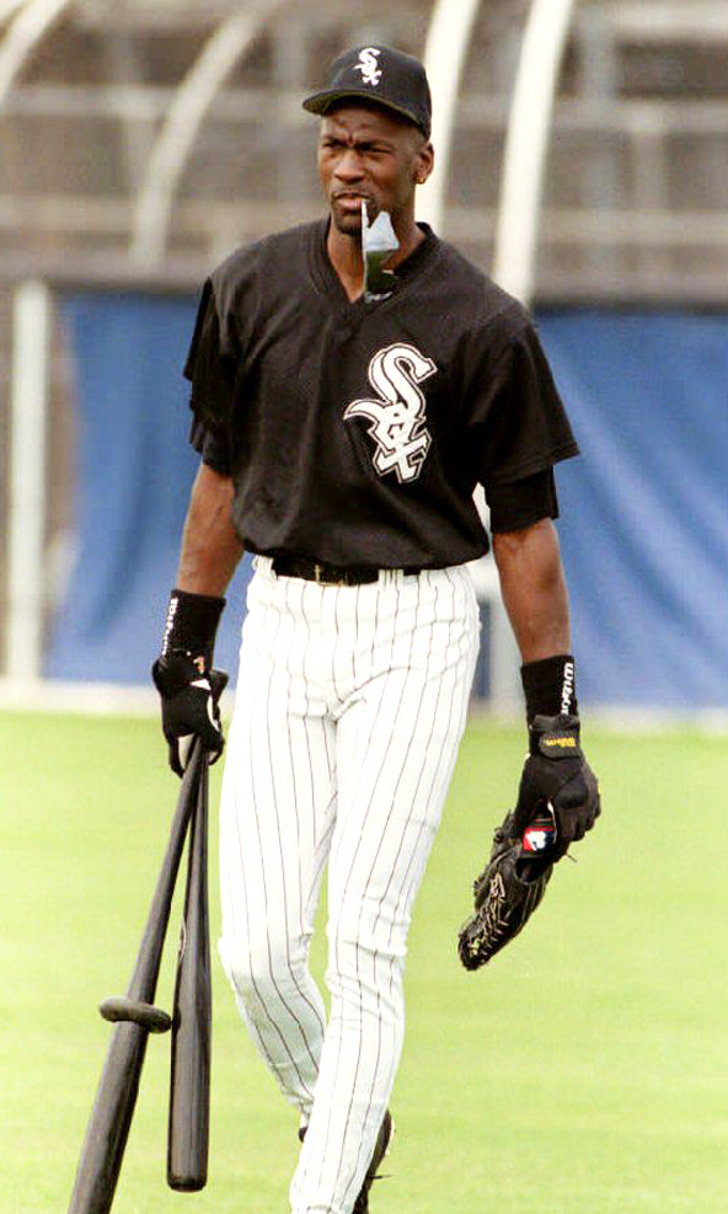 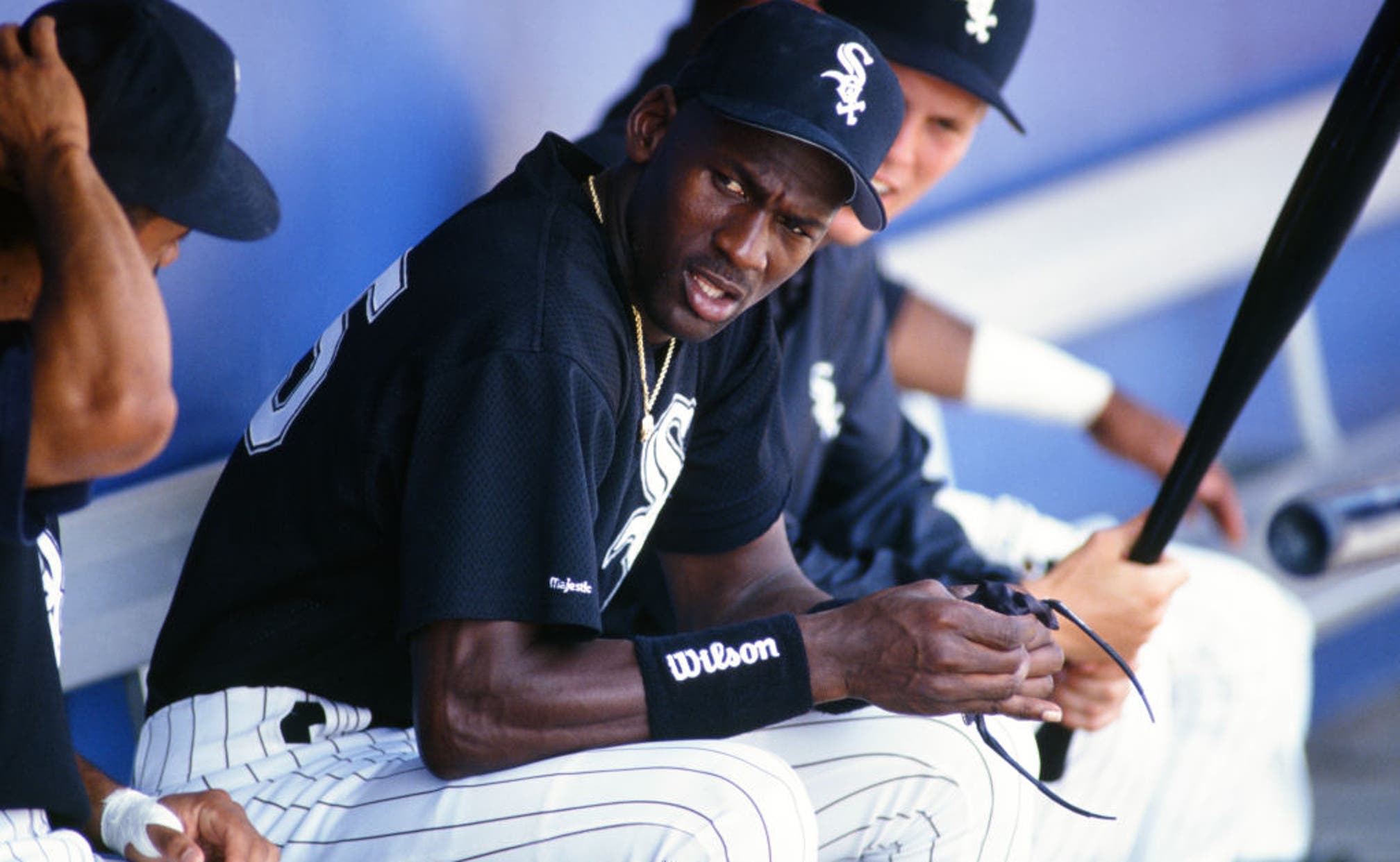 "Major League" Michael Jordan – has a ring to it, huh?

The Last Dance – ESPN's docuseries about the rise of the Chicago Bulls' championship dynasty in the early-to-late 1990s – shed new light on Michael Jordan's foray into baseball after retiring from basketball in 1993.

Jordan's decision to leave the hardwood and make his way to the diamond stunned the sports world. He signed a minor league contract with the Chicago White Sox in early 1994, an organization that was owned by Bulls owner Jerry Reinsdorf. We learned in The Last Dance that Jordan had begun telling those close to him at least a year prior that he was going to leave basketball for baseball, a plan he discussed with his father before his death in the summer of 1993.

Following spring training in 1994, Jordan was sent to the White Sox's minor league affiliate, the Double-A Birmingham Barons. There, Jordan found some success, despite having not played organized baseball since his senior year at Laney High School in Wilmington, North Carolina.

However, a strike-shortened MLB season in 1994-95 helped trigger Jordan's return to the NBA the following spring. And after falling short in the Eastern Conference Semifinals in 1995, Jordan led the Chicago Bulls to three more championships in 1996, 1997, and 1998.

But there's always that 'what if.'

In this case, what if Jordan had stuck with baseball? Would he have made it to the major leagues? Just how good was MJ on the diamond?

Cleveland Indians manager Terry Francona – a 2-time World Series champion as manager for the Boston Red Sox in 2004 and 2007 – managed the Birmingham Barons during Jordan's baseball-break, and he had a front row seat during MJ's first season.

Francona believes that with more time, Jordan would have worked his way to the highest level, just based on his drive to be the best.

"I think if he would have been willing to commit three years, I think he would have found his way to the major leagues. I really believe that. One, because of some of the tools he had, but the other one, and maybe more important, and I found out firsthand, when you tell Michael 'no,' he finds the answer to be yes."

Let's take a closer look at how Jordan's stats measured up.

Sports Illustrated's Tom Verducci broke it all down:

Jordan totaled 51 runs batted in, 51 walks and 30 stolen bases. How impressive is that combination? Over the previous four seasons, there have been 1,218 player/years in the White Sox organization, majors and minors included. None of them reached the thresholds of RBIs, walks and stolen bases that marked Jordan’s year at Birmingham.
Take a longer view to further appreciate what Jordan did in his first year in pro ball. Over the past 30 seasons (1990–2019), there were roughly 8,000 player/years in the White Sox organization. Among all those yearly statistical lines, which include combined minor league stats for players at multiple levels, Jordan is one of only nine players to reach 51 RBIs, 51 walks and 30 stolen bases. Five of those nine players reached the big leagues.


Jordan did don a White Sox uniform once in his time on the diamond, for an exhibition game at Wrigley Field in the spring of 1994 against the crosstown rival Chicago Cubs.

Already with an RBI single on the day, MJ laced an RBI double down the third base line late in the game, tying the score. The double came off of Chuck Crim, an 8-year MLB veteran.

Even the Wrigley faithful cheered for the Chicago legend.

But not everyone was convinced that Jordan had a future in the big leagues.

Shannon Sharpe argues that due to his age, being a star in the baseball majors just wasn't in the cards for Jordan.

Jordan was 31 years old during his time with the Barons.

Former NBA superstar Tracy McGrady, also a baseball lover, was never convinced that Jordan would stick to the diamond, due in large part to his love for the game that made him an international superstar.

"MJ was mentally and physically just drained from the game ... and so to take that break, go play baseball, which I think was probably his first love, he got a chance to reset his mind. Get away from basketball and all the scrutiny that he had with the game of basketball – and then he started to miss it. He started to miss the game that he truly loved."

Would Jordan have been an MLB All-Star? Probably not.

But could he have made the major leagues? Well, based on what we've seen from Jordan when a challenge is placed in front of him, we wouldn't rule it out.

Whatever the sport, we're lucky to have had His Airness. No one will ever doubt that...

Turner Exits Game After COVID Test
The Dodgers third baseman returned to the postgame celebration despite a positive test. Here's the latest.
1 hour ago

Scenes From LA's Celebration
The Los Angeles Dodgers are crowned World Series champions for the first time in 32 years, and the emotions were on full display.
3 hours ago

Sports World Reacts to Dodgers' Title
Twitter lit up after the Dodgers won the World Series on Tuesday night, defeating the Tampa Bay Rays in six games.
4 hours ago

Best Of Game 6 Watch Party
Nick Swisher, Tino Martinez, Rick Ankiel and Ben Verlander react to Blake Snell being pulled and the Dodgers' title win.
4 hours ago
those were the latest stories
Want to see more?
View All Stories
Fox Sports™ and © 2020 Fox Media LLC and Fox Sports Interactive Media, LLC. All rights reserved. Use of this website (including any and all parts and components) constitutes your acceptance of these Terms of Use and Updated Privacy Policy. Advertising Choices. Do Not Sell my Personal Info