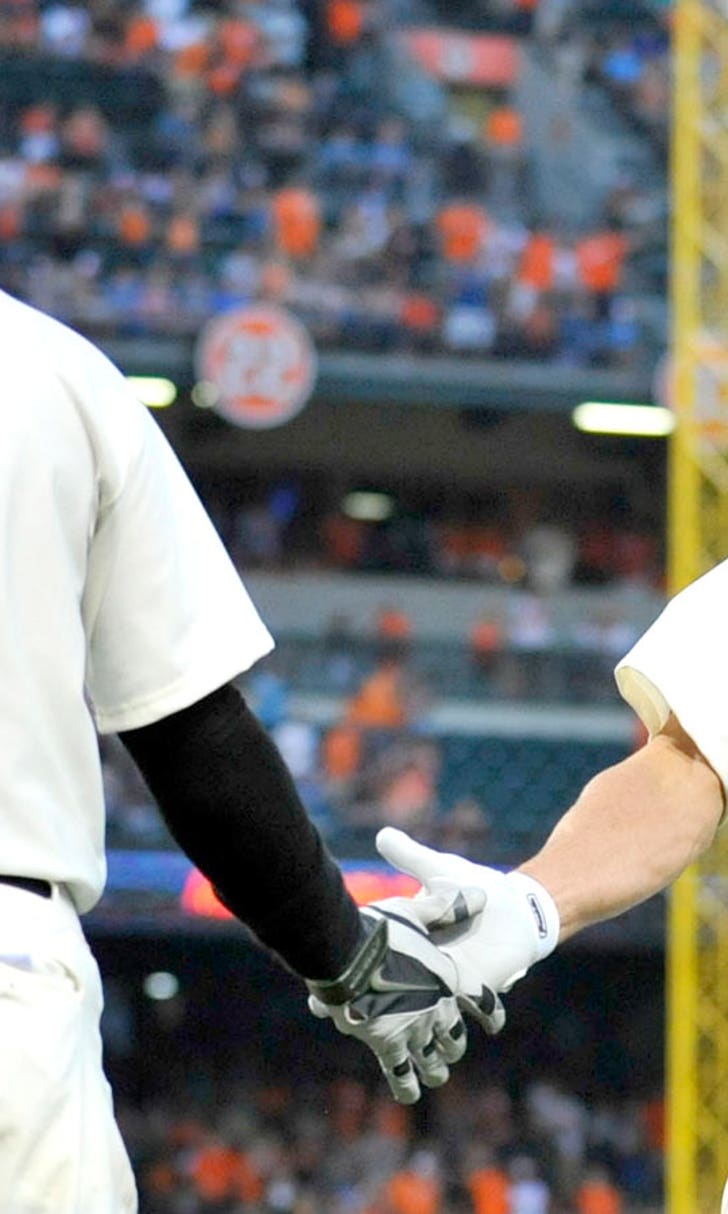 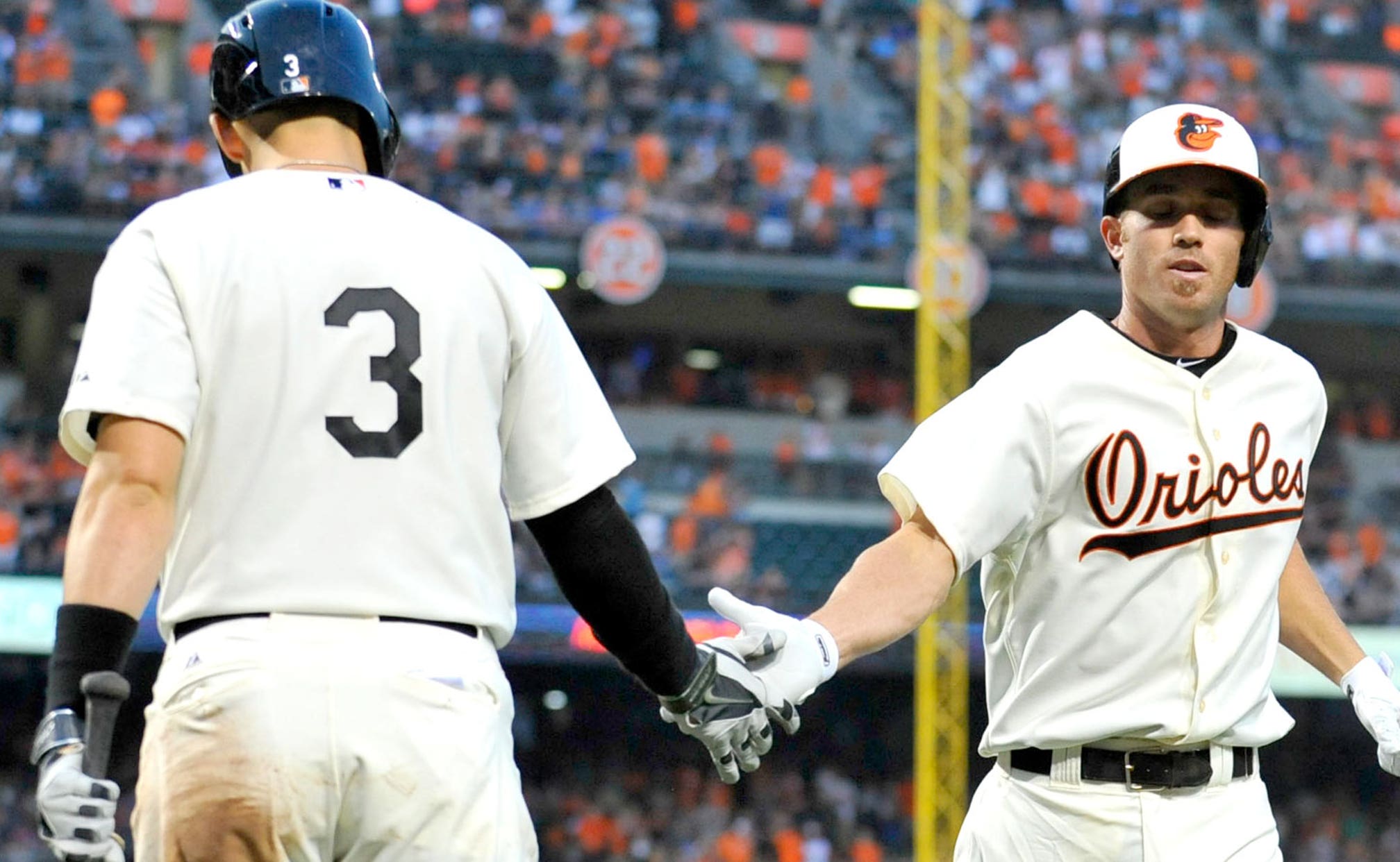 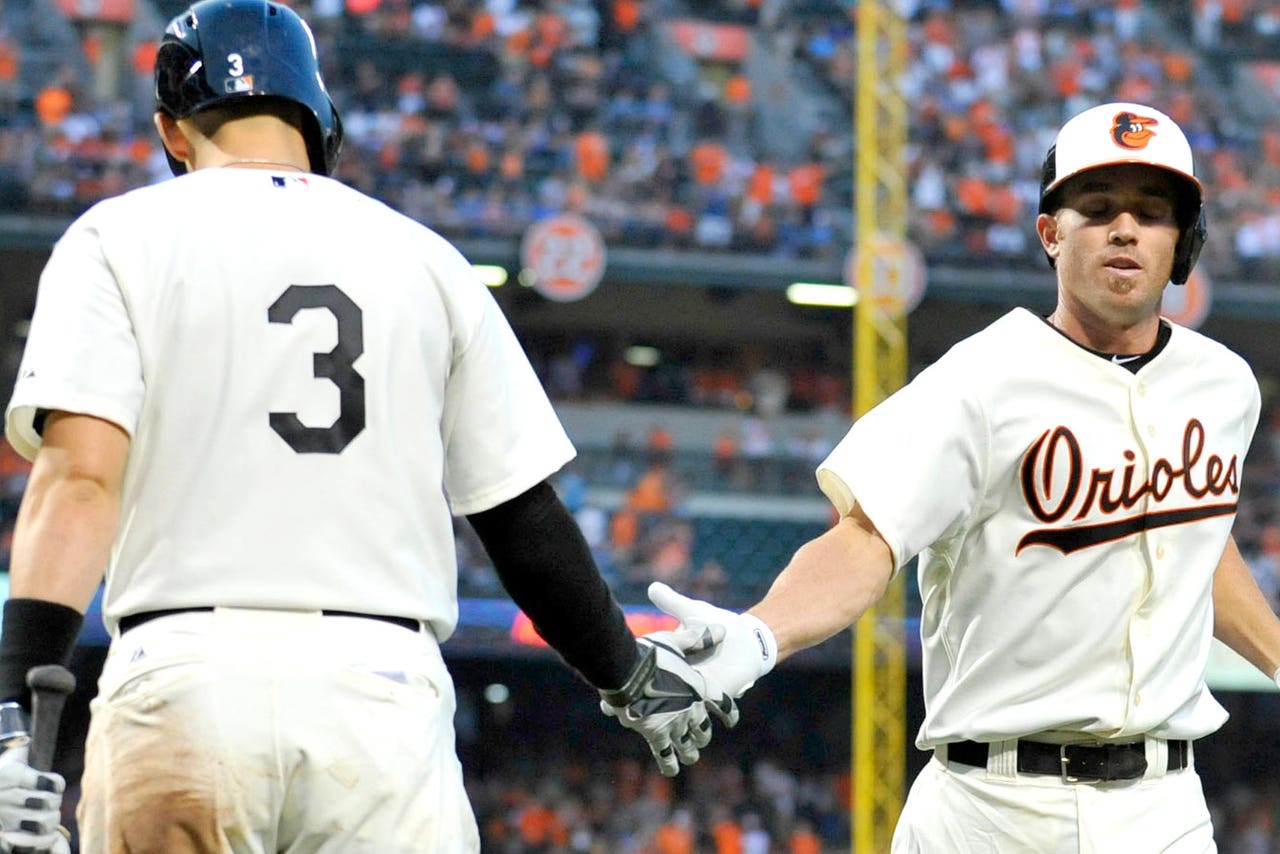 On a night in which the Orioles wore 1954 throwback uniforms to mark the 60th anniversary of their arrival in Baltimore, the team administered an old-fashioned whipping on the St. Louis Cardinals.

J.J. Hardy hit two of the Orioles' season-high six home runs, and Baltimore cruised to a 12-2 victory Friday night to move a season-high 17 games over .500.

It was a rare blowout for the Orioles, who scored three runs or fewer in 11 of their 20 previous games and have played 63 games decided by one or two runs.

"Anytime you can get a big lead and come out of the game early it's nice," said Hardy, who left in the seventh inning. "It's fun just to be able to relax and watch the game."

"It was one of those nights where everything kind of clicked for me and I was able to execute most of my pitches," Tillman said.

The result was Baltimore's first win over the Cardinals in 11 years. The Orioles — who were the St. Louis Browns before relocating — went 1-2 in St. Louis in 2003 and were swept in three games at Camden Yards in 2011.

The Cardinals and Browns once shared Sportsman's Park in St. Louis, but now the teams rarely run into each other.

In this one, a three-run drive by Machado and Hardy's first home run helped Baltimore go up 5-0 against Justin Masterson (1-1) in the third. That was enough to propel the AL East-leaders to their ninth win in 12 games.

Making his second start for the Cardinals since being traded from Cleveland, Masterson allowed five runs and seven hits in two-plus innings. He also walked three, hit two batters and threw a wild pitch.

"This is not the best thing you want to do when you come to a new team," Masterson said.

"He couldn't find the plate tonight and when he did, his pitches were more elevated than they were last time out," manager Mike Matheny said. "When he elevated the ball, they elevated it as well."

Hardy connected with two on in the fourth off Nick Greenwood for an 8-0 lead. At that point, every Orioles starter either had a hit or scored a run.

Baltimore leads the majors with 144 home runs and has at least one in seven straight games. The Orioles are 55-25 when they homer.

The blowout was sweeter for the Orioles because many of the team's former greats, such as Brooks Robinson and Cap Ripken Jr., were on hand to watch it before being honored in a ceremony afterward.

"Yeah, I think it's awesome," Tillman said. "It's a good night to do what we did, with all these guys around here, and it's fun. We were hanging out with them in the clubhouse."

Cardinals: Reliever Jason Motte (0-0, 4.91 ERA) was placed on the 15-day DL, retroactive to Aug. 1, with a lower back sprain. Greenwood was recalled from Triple-A Memphis.

Orioles: RHP Ubaldo Jimenez (sprained right ankle) comes off the DL on Saturday for his first start since July 5. He declared himself 100 percent, saying, "When I get on the mound I don't have to worry about the ankle."

Cardinals: John Lackey (1-0, 2.57 ERA) makes his second start with St. Louis on Saturday. He went 14-7 against Baltimore while with the Red Sox and Angels.

Orioles: Baltimore will likely option a pitcher Saturday to make room for Jimenez on the roster. It might even be a starter, because Jimenez expands the rotation to six.