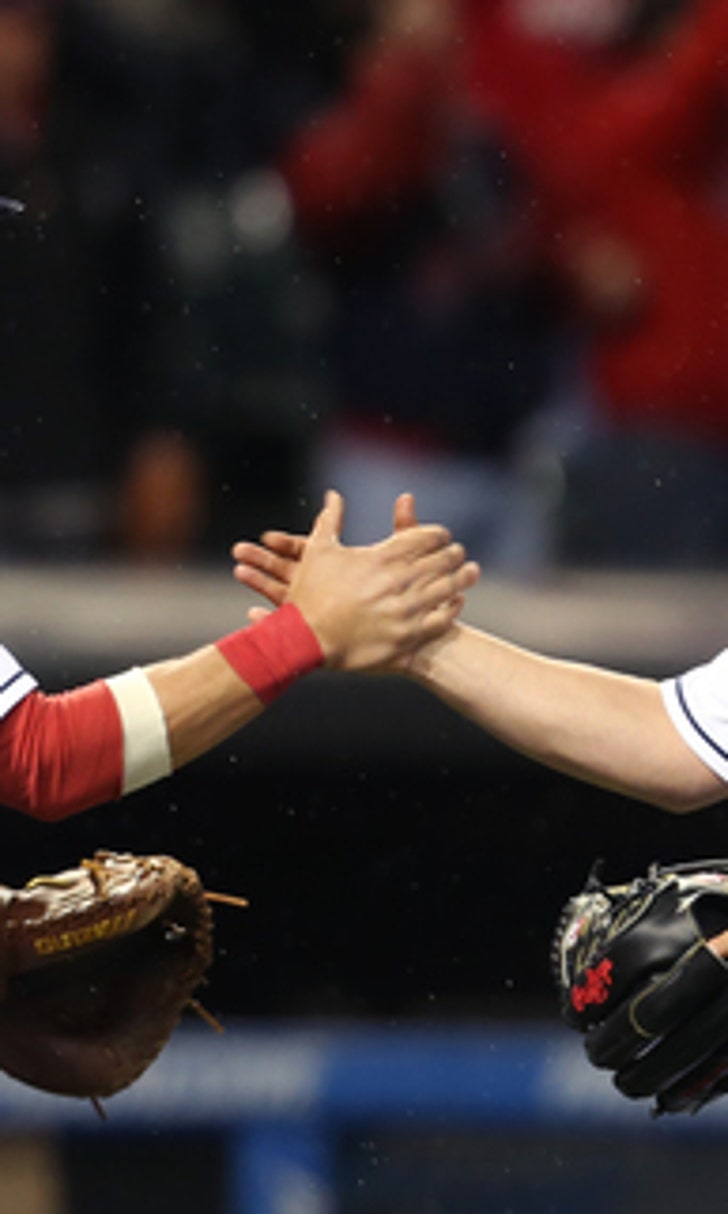 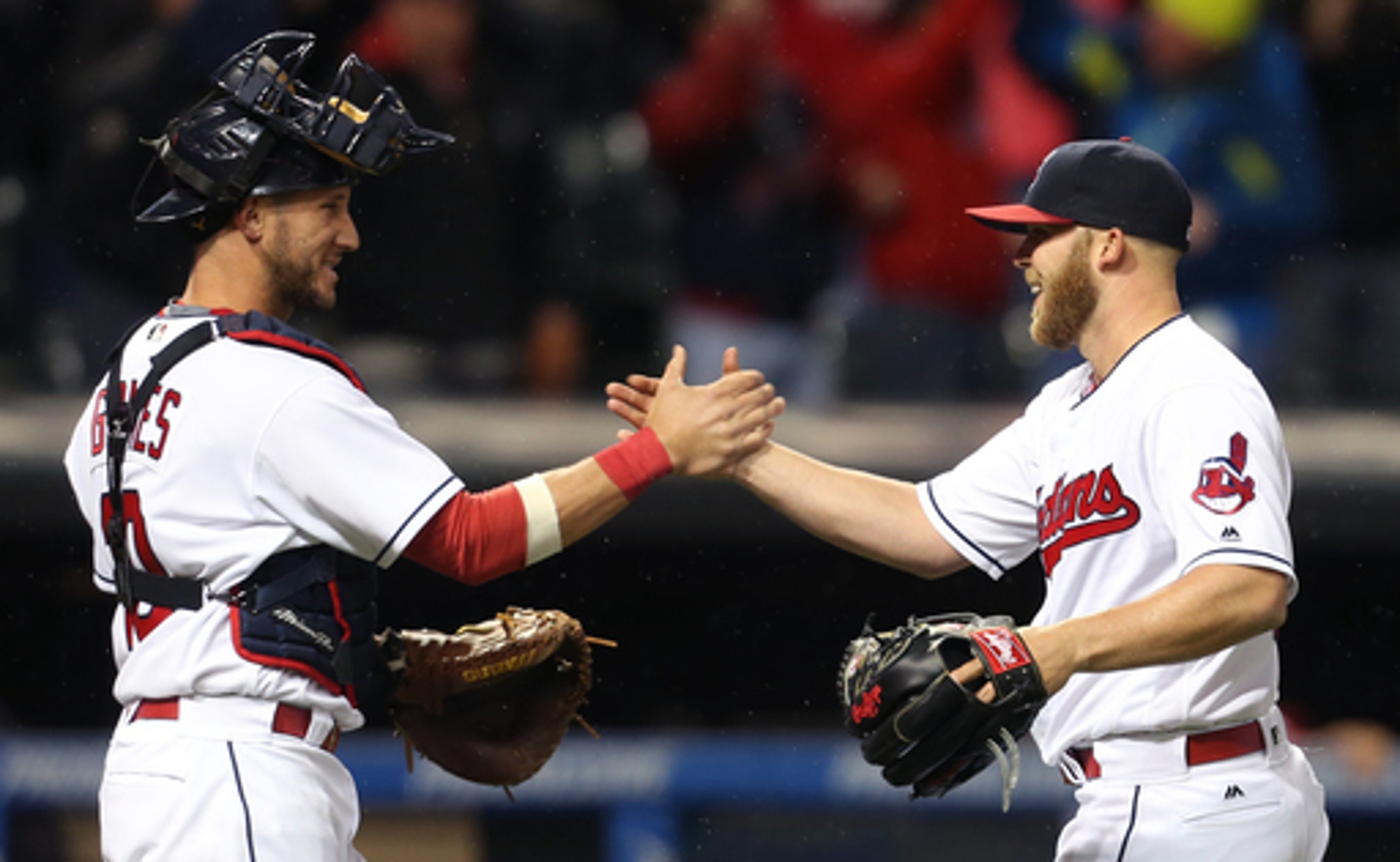 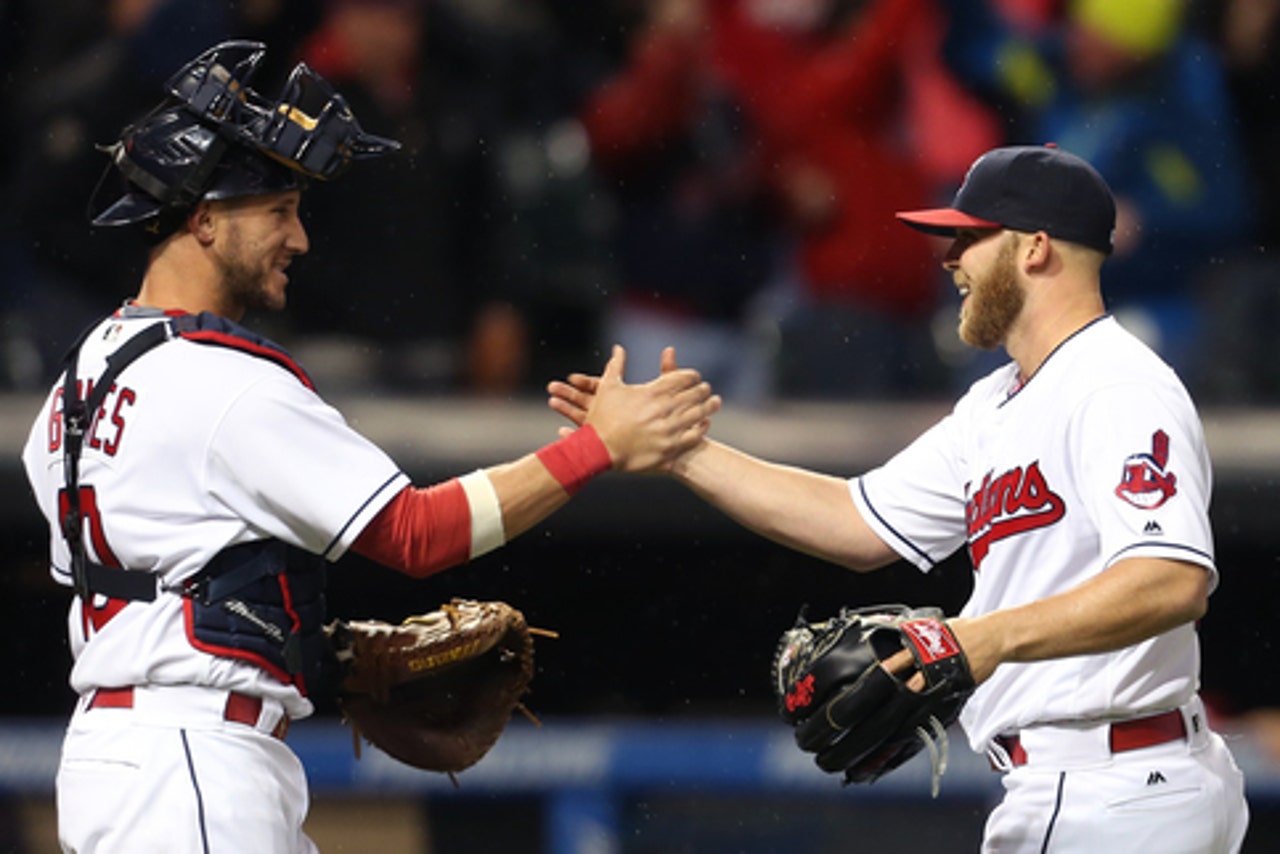 CLEVELAND (AP) Mike Napoli cherishes his time playing in Boston, ripping line drives off the Green Monster, spraying champagne in Fenway Park and being part of so many unforgettable moments.

On Wednesday, he had his first memorable one with Cleveland.

Napoli homered against his former teammates and the Indians overcame David Ortiz's second homer in his farewell season - and Big Papi's deep fly to left field to end the game - to beat the Red Sox 7-6 on Wednesday night.

Napoli broke a 6-all tie in the seventh with his solo shot into the left-field bleachers off Junichi Tazawa (0-1). Napoli spent 2 1/2 seasons in Boston and helped the Red Sox win the World Series in 2013. But batting just .207, they traded him to Texas in August. He's got a new home with the Indians, who signed him as a free agent to give their lineup some pop.

Beating his old team was sweet.

''I'm playing against a bunch of my buddies over there,'' he said. ''But when I step in between the lines I want to win. It was nice to do it against them, but I'm just going out there and trying to win.''

Napoli's homer made a winner of reliever Zach McAllister. Cody Allen worked the ninth, retiring Ortiz on drive that outfielder Jose Ramirez snagged with a running catch on the warning track to save Cleveland's first win.

As Ortiz came to the plate, Napoli had an uneasy feeling.

''I didn't like it at all,'' he said. ''He's a great hitter and he can pop it out of the park anytime, and it looks like he's got some swag going right now. So when he came up there, I was saying, `Just keep it down.' It was a nice play out there.''

Indians manager joked that his heart might have jumped a little on Ortiz's flyout.

''Skipped a beat a few times tonight,'' he said. ''Might have even stopped.''

Ortiz's 505th career homer moved him past Eddie Murray into 26th place on the career list and triggered a four-run sixth for the Red Sox, who overcame 4-0 and 5-2 deficits.

Carlos Santana hit a three-run homer and Juan Uribe had a game-tying sacrifice fly in the sixth for the Indians.

Ortiz has started his 20th season in fitting fashion. With typical dramatic flair, he hit a two-run homer in Tuesday's weather-delayed season opener and then kick-started the Red Sox rally to take a 6-5 lead. According to Elias, Ortiz joined Red Sox legend Ted Williams as the only players over 40 to homer in each of their team's first two games.

''That's not going to make me feel any younger,'' Ortiz joked about another link to Williams.

Ortiz led off the sixth with his 423-foot shot and Hanley Ramirez followed with a homer to chase Cleveland starter Carlos Carrasco.

Santana connected for his three-run homer in the first off Boston's Clay Buchholz, who quickly fell into a 4-0 hole in his first start since last July. It wasn't the return Buchholz had been hoping for after his 2015 season was cut short by an elbow injury. The right-hander made only 18 starts before he was shut down.

''I've been playing for a while so I know how things go,'' he said. ''I had a rough day, but today was a new day and I got in the cage and worked on what I had to do and it worked out.''

''Honestly, I didn't even really feel myself touch first base,'' he said.

Indians: Manager Terry Francona is reluctant to say anything to star LF Michael Brantley, who is still recovering from offseason shoulder surgery. ''I try not to do anything that he would remotely take as, `Hey, let's go,' because I know it's killing him and he's trying,'' Francona said. ''I mostly just kind of say hello to him, because I don't want him one bit to feel the least bit pressured. It's not like you've got to nudge him, man.''

Red Sox: RHP Joe Kelly starts the series finale before the Red Sox head to Toronto. Kelly, who went 10-6 in his first season with Boston, made his major league debut against Cleveland in 2012 with St. Louis. In his last outing spring training, Kelly allowed three home runs in four innings.