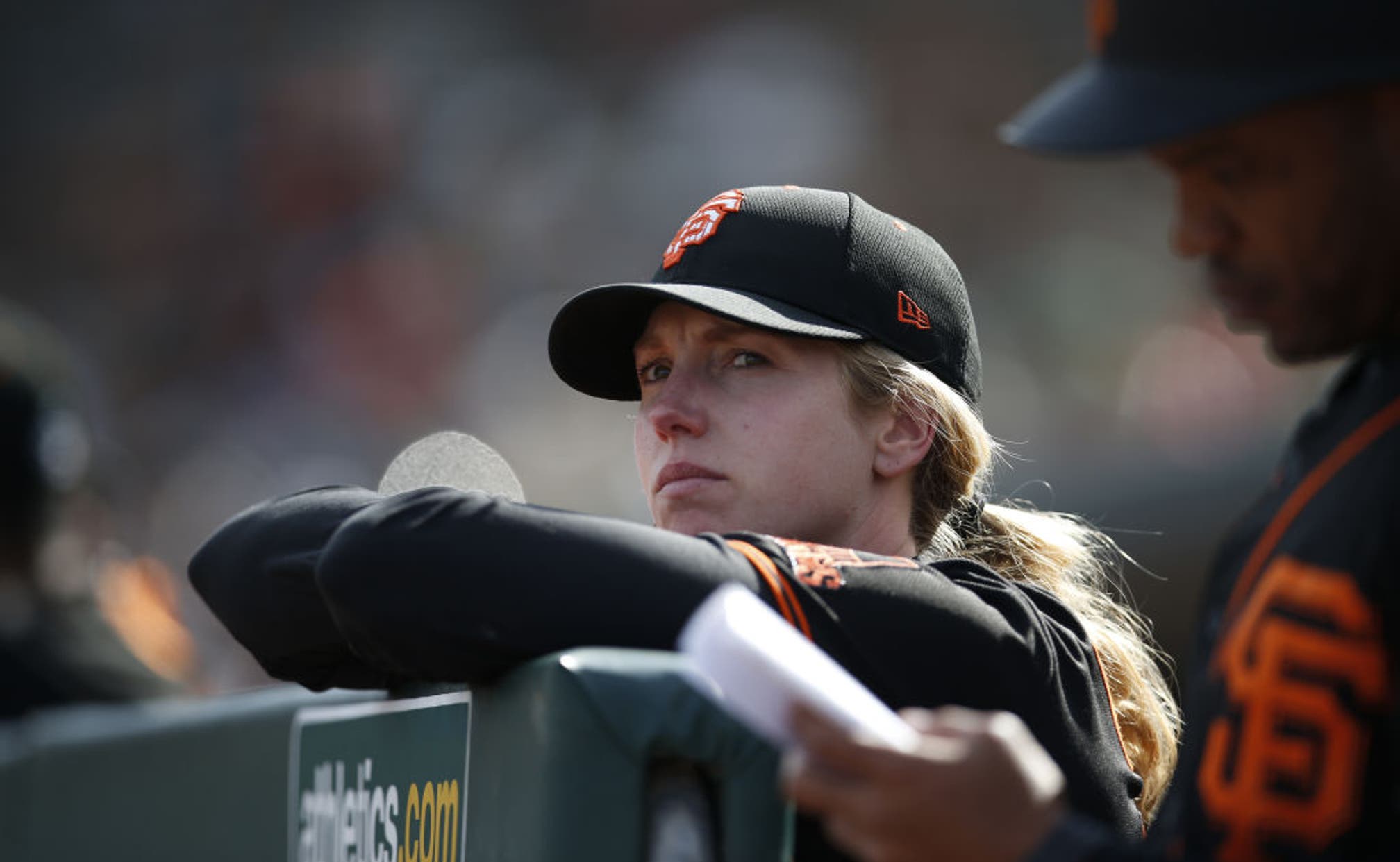 Alyssa Nakken made history on Monday night when she took over for Antoan Richardson as the San Francisco Giants' first base coach late in the their exhibition matchup with the Oakland Athletics.

After joining the franchise as a baseball operations intern in 2014, Nakken became the first full-time female coach in league history in January of this year, joining the staff of first-year Giants manager and 12-year MLB veteran Gabe Kapler, who spent the last two seasons as the manager of the Philadelphia Phillies.

Nakken played college softball at Sacramento State, and in addition to being a 3-time All-Conference player, she was a 4-time Academic All-American.

Back in February, Nakken spoke with NBC Sports about what it meant for her to land a position in a major league dugout.

"I'm so much happier now, and so fired up and excited. I feel so fulfilled at the end of every single day ... I feel like I'm growing and I feel this great sense of confidence. I'm so supported by family and friends, and this organization has done so much for me the last five years ... I hope that everybody can feel this way some day."

She also said that Kapler was not trying to help her make history when he hired her onto his staff – he was just looking to hire the right person for the job, which he believed to be Nakken.

"This whole process has been, 'We need to figure out the best coaching staff for this team and we need to put the right pieces together.' Never once did Gabe and I talk about being first or even being female."

Fast-forward ahead to Monday, and after making her on-field coaching debut, Nakken decided it was also time to make her debut in the Twittersphere as well.

And she wasted no time in sharing her true feelings about taking over at first base.