Major League Baseball and the Players Association committed $10 million on Monday to fund The Players Alliance, with the goal to promote increased participation of Black Americans in the sport at all levels.

The Players Alliance is a nonprofit organization comprised of over 100 active and former Black professional baseball players. The organization will use the donation to fund annual grants through 2024 to improve access to the sport from the youth level to front office careers. 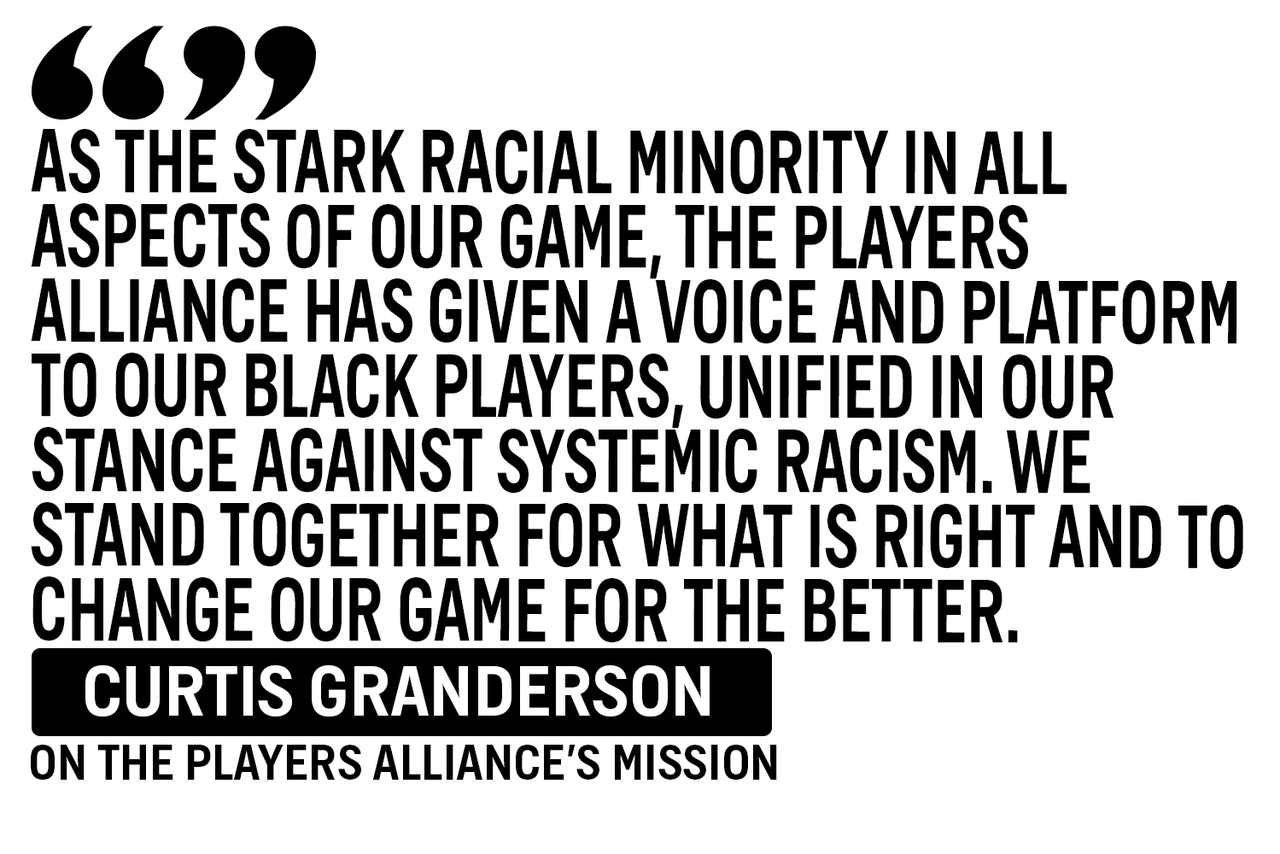 The organization's programs will seek to provide player-led mentorship, increase participation in baseball among Black youth and young adults through the funding of leagues, and provide additional opportunities for play such as tournaments and programs in public schools and equipment donations.

In addition, the programs will offer Black cultural education, camps and programs with the goal to down racial barriers to baseball, increase Black business partnerships, and offer scholarships and community service to the Black community.

The sport has seen a decline in the participation of Black athletes at all levels, including the professional level. Just 7.8 percent of Black players made opening day rosters in 2020.

Former as well as current players took to social media to voice their excitement about the announcement, including The Player Alliance's president, Granderson:

What You Need to Know: World Series
It all comes down to this. From the schedule to the odds, each team's X-factor and more, get ready for the Fall Classic.
18 hours ago