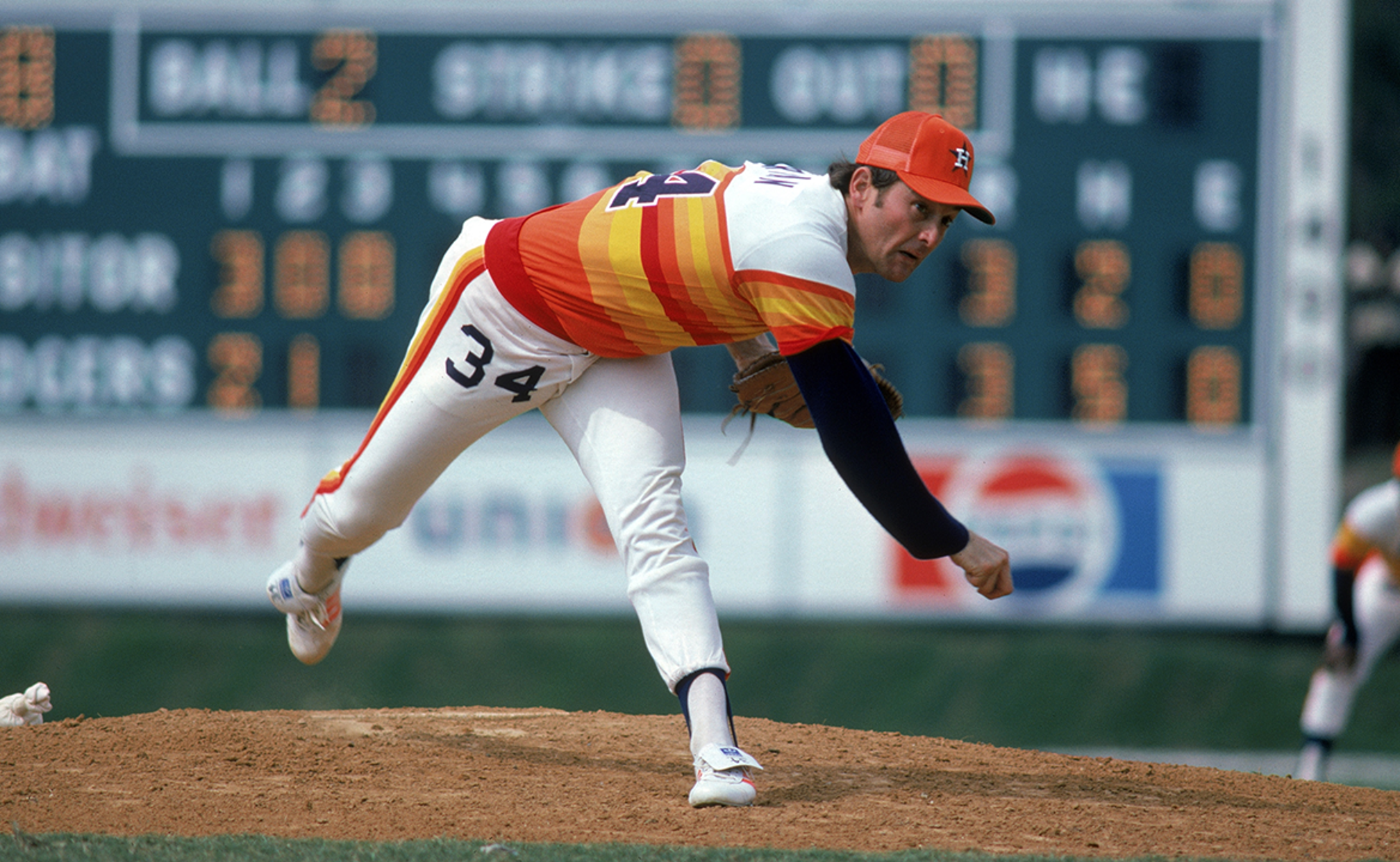 Nolan Ryan is in the debate for best pitcher of all-time – but there is no debate as to who is the greatest strikeout artist of all-time.

On this day 37 years ago, Ryan laid claim to that title and he hasn't relented since.

On April 27, 1983, Ryan recorded his 3,509 career strikeout, which catapulted him into the top spot on the all-time strikeouts list. The previous record was held by Walter Johnson.

Ryan came into the league in 1966 as a member of the New York Mets, and played for four teams during his career: the Mets, California Angels, Houston Astros and Texas Rangers.

After breaking the strikeouts record in 1983 with the Astros, Ryan pitched for 10 more seasons, finishing his 27-year career with the Rangers in 1993.

Ryan's name is spattered all over the MLB record books, and only Cap Anson played as many seasons in the major leagues (27).

Ryan, who was inducted into the Baseball Hall of Fame in 1999, holds the record for most n0-hitters in MLB history (7) and he is one of five pitchers all-time to record more strikeouts than innings pitched.

The Angels, Astros and Rangers franchises have each retired Ryan's number, making him, Jackie Robinson and Frank Robinson the only three players in MLB history to have their number retired by three or more teams.

To put Ryan's 5,714 career strikeouts into perspective, there is only one current player with over 3,000 strikeouts, and that is Houston's Justin Verlander, who has 3,006.

Safe to say, Ryan's record will stand for years to come.

What You Need to Know: World Series
It all comes down to this. From the schedule to the odds, each team's X-factor and more, get ready for the Fall Classic.
6 hours ago

The Battle For Titletown USA
Both have won titles already this year. Now, L.A. and Tampa Bay vie for ownership of the sports world, Martin Rogers writes.
18 hours ago

Why the Rays will shine through
The Dodgers have countless advantages, but FOX Sports analyst Ben Verlander offers five reasons why he's picking the Rays.
21 hours ago