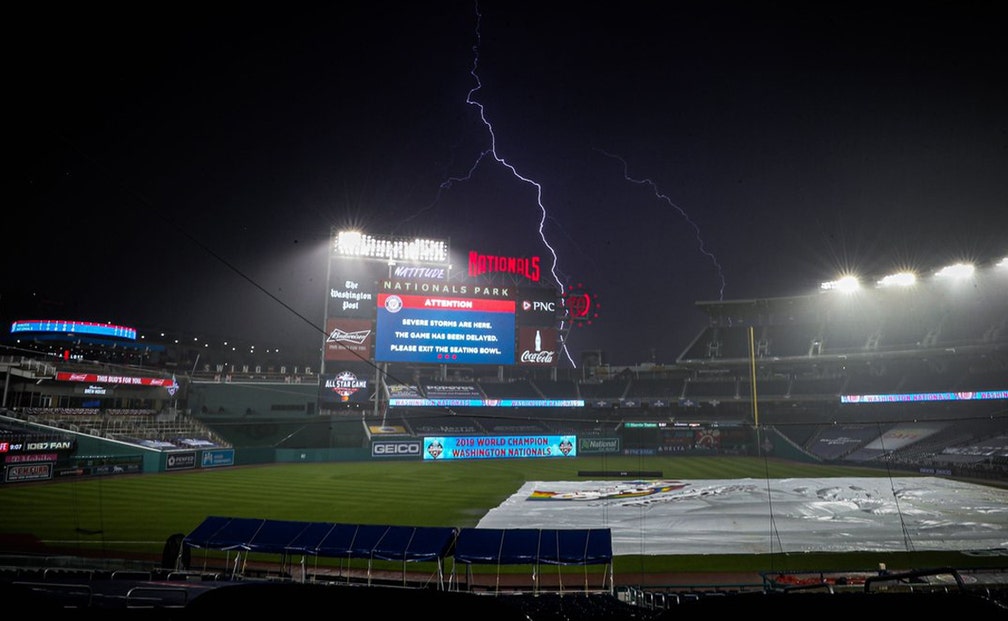 The first game of the 2020 MLB season came to an early, spectacular end, as a lightning storm and torrential downpour handed the Yankees a 6th-inning win over the Nationals Thursday night.

While officials attempted to restart the game after an initial delay, the storm was too much. Ominous flashes of lightning forced players into the dugouts:

Defeaning rain followed, drowning out the music played over the P.A. at the stadium ...

... and causing a waterfall in left field.

The Nationals' dugout then started to flood:

Yet the storm made for some beautiful imagery, as well:

With the game officially called, the Yankees won 4-1 thanks in part to a two-run, first-inning, 459-foot blast from Giancarlo Stanton.

Gerrit Cole was credited with a complete game win, technically the first by a Yankees starter on Opening Day since 1988.

In the second half of Thursday's double header, Dodgers superstar addition Mookie Betts helped break a 1-1 deadlock in the bottom of the seventh with his first hit in Los Angeles, before beating a throw home to score the go-ahead run.

Kiké Hernández drove in five runs on four hits, as the Dodgers pulled away to win 8-1.