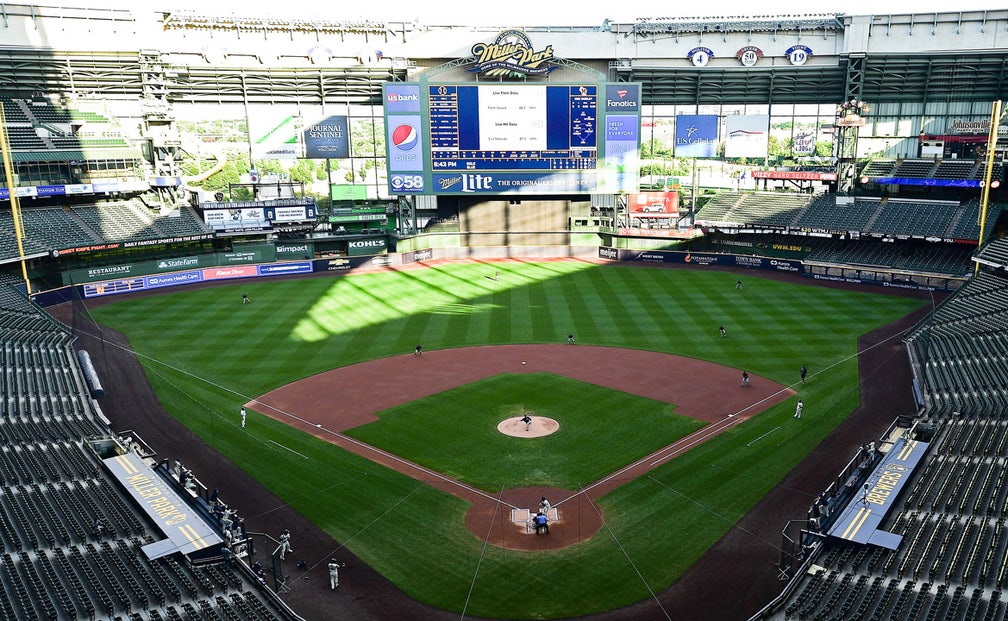 The Milwaukee Brewers' home opener against the St. Louis Cardinals has been postponed after two Cardinals players reportedly tested positive for COVID-19.

St. Louis last played in Minnesota on Wednesday against the Twins.

MLB announced shortly before 12 p.m. ET that Friday's game would be rescheduled as part of a "traditional doubleheader" on Sunday, with Saturday's game between the teams still scheduled to be played:

The Brewers reportedly have not had any contact with the Cardinals, who will be tested again on Friday.

On Thursday, the Philadelphia Phillies postponed their weekend series against the Toronto Blue Jays after two staff members tested positive.

The Miami Marlins have also had their season suspended through at least Sunday, with 18 players reportedly having tested positive, in addition to two staff members.

Given that baseball could face additional postponements if more players test positive, MLB and the players association have agreed to stage 7-inning double headers as necessary in an effort to preserve pitching in any potential make-up games.

Betts Makes History With Trio of Homers
Mookie Betts tied the MLB all-time record for 3-HR games on Thursday in just his seventh season.
14 hours ago

Cardinals-White Sox Game Postponed
Another Cardinals game has been postponed due to a coronavirus outbreak that has kept the team sidelined since July 29.
21 hours ago

Joe Kelly Rips 'Snitch' Astros
With his suspension reduced, the Dodgers pitcher didn't hold back in his criticism of the Astros' players.
1 day ago