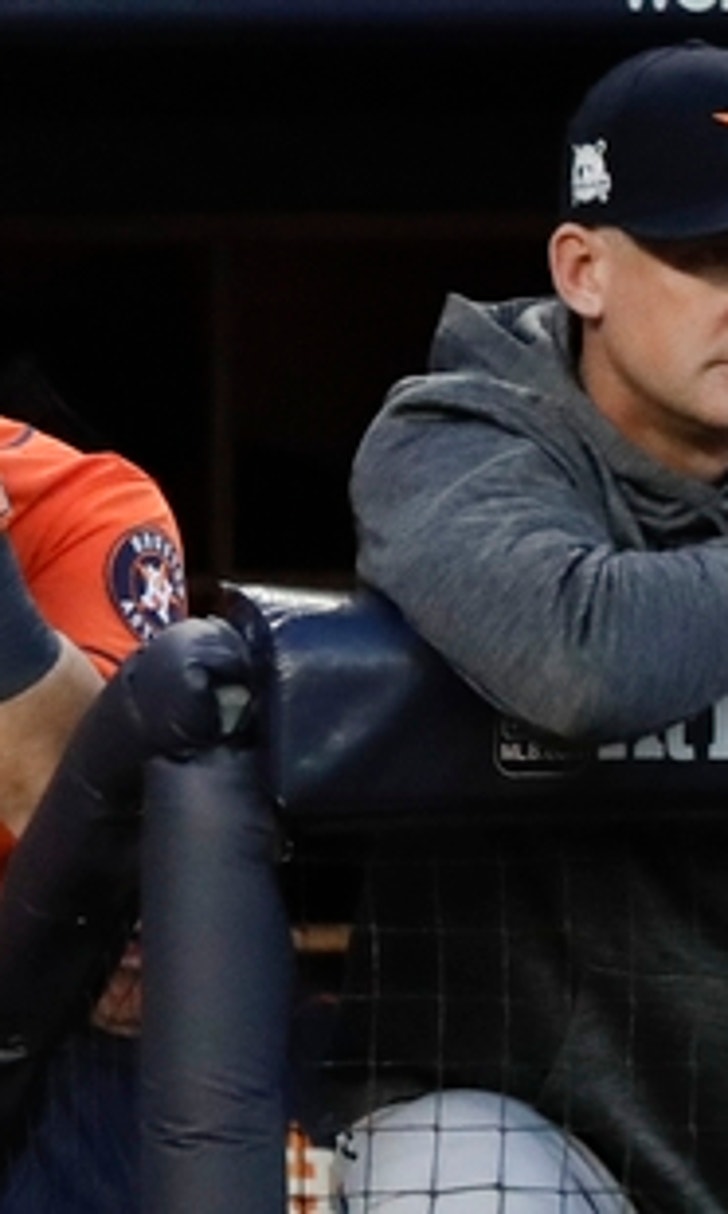 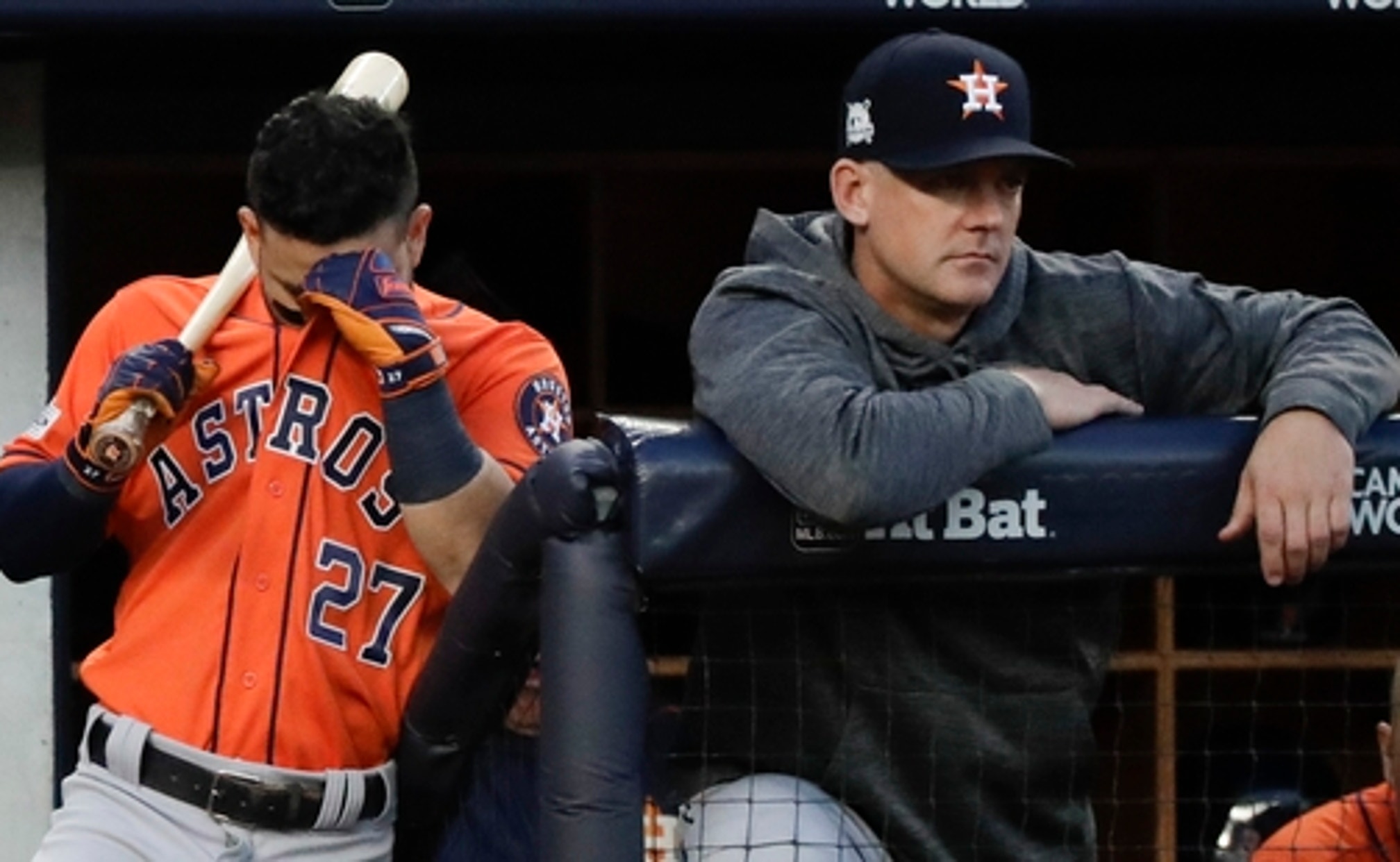 Bashed in the Bronx, Astros happy to head home

NEW YORK (AP) Dallas Keuchel walked from the mound to the dugout during the top of the fifth inning, a blank look on his face, his glove resting on a hip.

Feeling a bit spaced out, the Houston Astros will be happy to get home after a three-day bashing in the Bronx.

''This is a wild place to play, to say the least,'' George Springer said after a 5-0 loss Wednesday night gave the New York Yankees a 3-2 lead in the AL Championship Series. ''The fans are into the game and they expect their team to win, and they act as if they'd won 27 world championships.''

Houston hit .120 in the three-game wipeout, was outscored 19-5 and outhit 25-12. Just one of the Astros' last 15 batters reached base in Game 5. The series resumes Friday at Minute Maid Park.

''Every home team has won this series,'' Astros manager A.J. Hinch pointed out. ''So if that trend continues, we'll be in pretty good shape.''

Houston's pair of 2-1 wins at the Juice Box last weekend were distant memories after three days unsuccessfully fending off New York's noisy bats and fans. The Astros' Big Apple experience was about the same as the tourist couple in ''The Out of Towners.''

''New York is no joke,'' Keuchel said. ''Yankee Stadium is a tough place to play and it was rockin' these three games. But it's going to be rockin' on Friday for us.''

Keuchel had pitched 13 scoreless innings against the Yankees in postseason play, including seven to win the opener. The bushy bearded ace was 6-2 against New York, never allowing more than three runs.

But those precise pitches were a smidgeon off as Greg Bird, Aaron Judge, Gary Sanchez and Didi Gregorius had run-scoring hits to chase him after 4 2/3 innings. It was Keuchel's shortest outing since finding his groove in August after struggling in his return from a neck injury.

Alex Bregman's glove was about an inch short of snagging Judge's 94 mph smash down the third-base line , a double that put the Yankees ahead 2-0 in the third.

Sanchez had been 0 for 8 against the lefty with six strikeouts before lining a single to left in the fifth.Gregorius followed with a grounder up the middle that hit the bottom of the glove of a diving Altuve at second and bounced into center.

Fish rot at the head and it has been no different at the top of the Astros' batting order. Springer is 2 for 18 as the leadoff man and Reddick is 0 for 17 in the No. 2 hole.

Justin Verlander, 8-0 with the Astros after his five-hitter won Game 2, takes the mound Friday night hoping to save the Astros' season. The 101 regular-season wins and five in the playoffs don't matter now. If the Astros are to win their first title or even reach the World Series for the first time since 2005, they'll have to do their work at home.

At 40 the senior member of the roster, Carlos Beltran addressed teammates after the game.

''We cannot feel sorry for ourselves,'' he recalled saying.

Houston will be playing its first elimination game this year.

''We got to go out there,'' Correa said, ''and focus and play the game we can play and obviously show off why we're one of the best teams in the league.''

McCann also spoke to the team before the Astros headed home.

''Everything is OK. ... We have the home-field advantage,'' Altuve said. ''They did what they have to do, win their home games. Now it's our turn.''