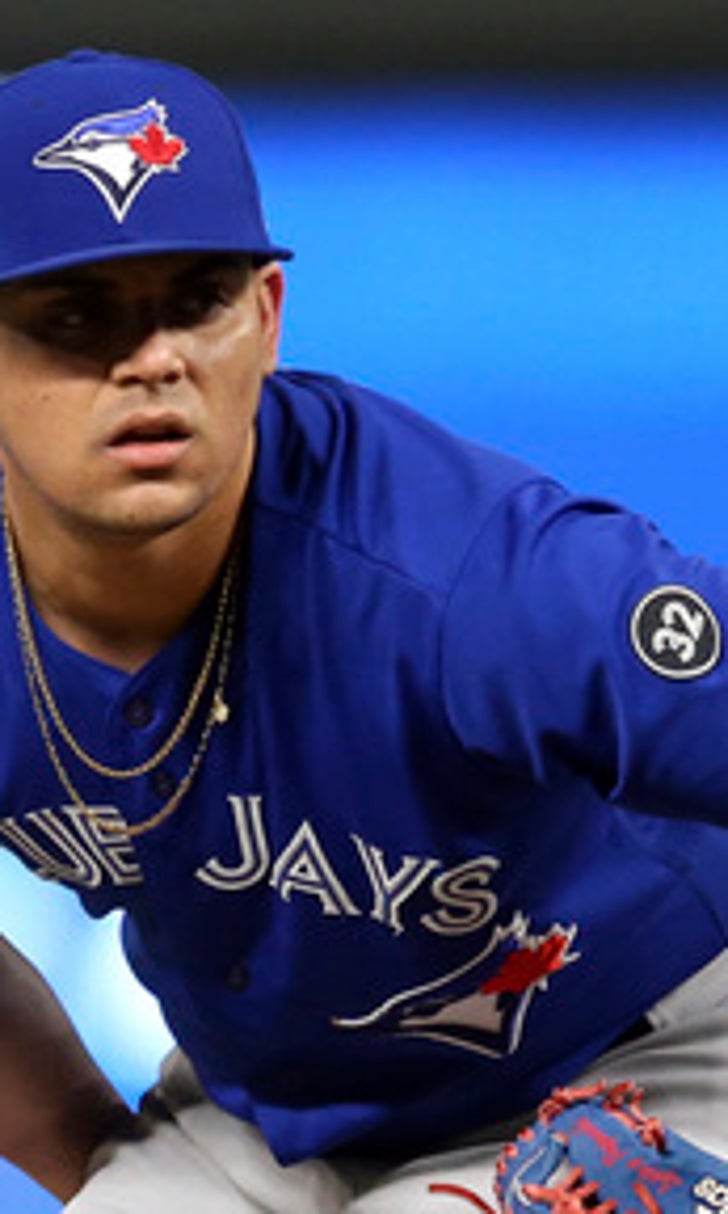 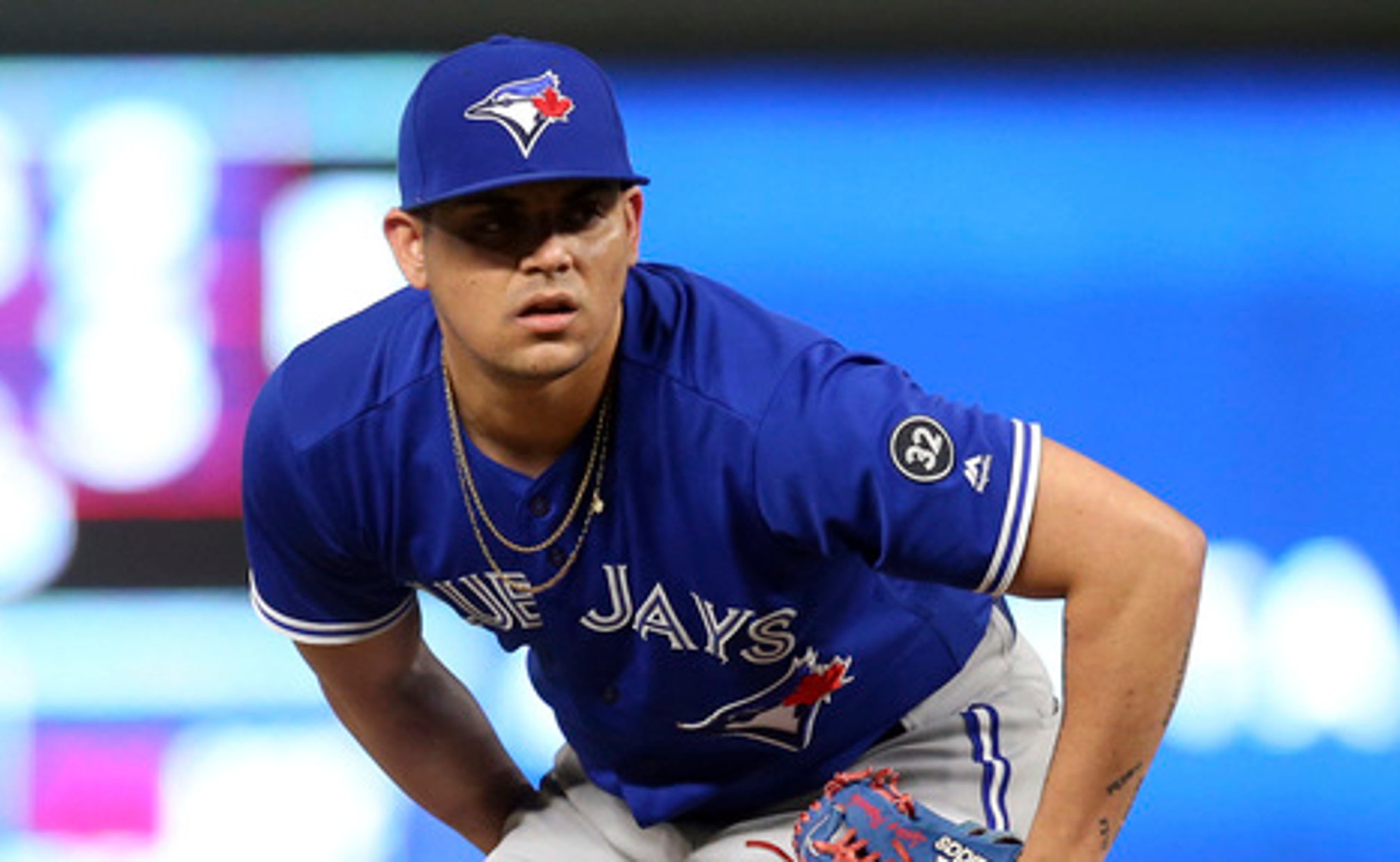 Closers Roberto Osuna and Ken Giles switched spots. Adam Warren and Zach Duke moved into the Seattle bullpen. Lance Lynn got a new look in pinstripes. Adam Duvall will be slugging for the Braves. And Ian Kinsler is primed for a playoff run with his new team, the Red Sox.

A day before the deadline to make trades without waivers, there were plenty of deals Monday.

Hoping they could improve their bullpen without causing friction in the clubhouse, the defending World Series champion Houston Astros acquired Osuna from the Toronto Blue Jays for Ken Giles and two pitching prospects.

The 23-year-old Osuna was a first-time All-Star last season, his second as the Blue Jays' full-time closer, and finished with 39 saves and a 3.38 ERA.

But he hasn't pitched in the majors since May 6 because he's been serving a 75-day suspension under Major League Baseball's domestic violence policy. That suspension ends Sunday. Osuna was charged in May with one count of assault in Toronto, a charge that remains pending.

The Astros have a zero-tolerance policy on domestic violence and released former prospect Danry Vasquez in March after video leaked of him hitting his girlfriend. Houston pitchers Justin Verlander and Lance McCullers Jr. used social media to voice their disgust about Vasquez's actions after the video became public.

Astros general manager Jeff Luhnow said he reached out to several players and coaches before making the deal, and he clarified that the team policy does not apply to conduct that occurred when a player wasn't in the Houston organization.

''Quite frankly, I believe you can have a zero-tolerance policy and also have an opportunity to give people second chances when they have made mistakes in the past, in other organizations,'' Luhnow said. ''That's kind of how we put those two things together.''

Houston's closest competitors in the AL West, the Mariners, also added to their relief corps. They got Duke from the Minnesota Twins for a pair of minor leaguers and acquired Warren from the Yankees, also for two minor leaguers.

''Obviously a lot of teams are looking to add to the bullpen this time of year with the trade deadline coming up. I'm not surprised,'' Mariners manager Scott Servais said. ''It may not be the last thing we do.''

The 30-year-old Warren was 0-1 with a 2.70 ERA in 24 appearances for the Yankees in a season interrupted by a lengthy stay on the disabled list because of a strained back. He is eligible for free agency after the World Series.

New York, competing with Boston in the AL East and with Seattle in the wild-card race, also made a move to replace Warren, acquiring Lynn from the Twins for first baseman/outfielder Tyler Austin and right-handed prospect Luis Rijo.

The 31-year-old Lynn made 20 starts for the Twins, going 7-8 with a 5.10 ERA. The righty is likely to become a long reliever with the Yankees.

New York has Luis Severino, Masahiro Tanaka, CC Sabathia, Sonny Gray and newly acquired J.A. Happ in its rotation, although Lynn could fill in if a starter is sidelined by injury.

Late Monday, the Reds dealt Duvall to the Braves, who hope his bat will help them reach the playoffs for the first time in five years. The outfielder topped 30 homers in each of the past two seasons. He hasn't maintained that pace this year, with 15 homers in 105 games and a .205 batting average.

Boston acquired the 36-year-old Kinsler from the Los Angeles Angels to fill one of the few holes in its deep lineup. The Red Sox have been without star second baseman Dustin Pedroia for most of the season. Kinsler has been to the postseason three times with Texas and once with Detroit and could easily be playoff-bound again with Boston, which has the majors' best record.

The Angels, who are hovering around .500 and fourth in the AL West, sent cash to Boston along with Kinsler in exchange for Triple-A pitchers Ty Buttrey and Williams Jerez.

The Battle For Titletown USA
Both have won titles already this year. Now, L.A. and Tampa Bay vie for ownership of the sports world, Martin Rogers writes.
2 hours ago

Why the Rays will shine through
The Dodgers have countless advantages, but FOX Sports analyst Ben Verlander offers five reasons why he's picking the Rays.
5 hours ago

The Year Of Mookie Betts
Someone had to have a great 2020. Why not the man who brings such joy, Charlotte Wilder writes, that everyone roots for him?
7 hours ago