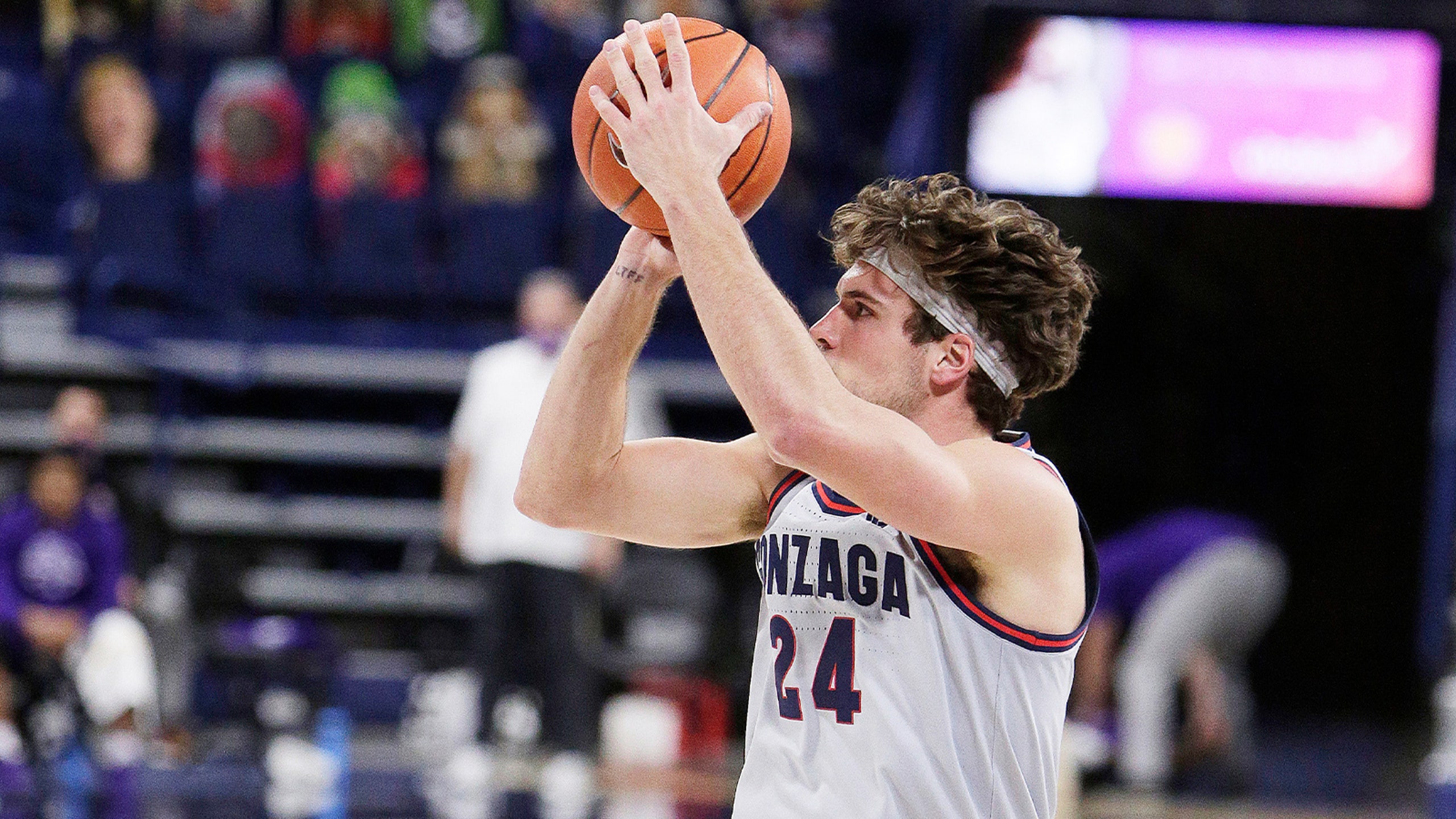 The tiers are coming into shape now.

These tiers will be fluid throughout the season. But we can start to see who the contenders and pretenders will be as we get closer to 2021.

Gonzaga: The Zags are the favorite to win the national title. That’s the statement. That’s it. Gonzaga vs. the field.

Baylor: The Bears need to find a way to schedule a rematch with the Zags to prep for a possible Final Four showdown.

Villanova: The Wildcats continue to prove they are the class of the Big East.

Kansas: The Jayhawks' dismantling of West Virginia elevates them into Final Four status.

Wisconsin: The Badgers have been playing the most consistent of any team in the Big Ten. But they will be put to the test at Michigan State on Christmas.

Iowa: The Hawkeyes didn’t shoot well against Gonzaga. They did against Purdue and it’s clear they are still one of the best offenses in the country.

Texas: Greg Brown is in rhythm for the Longhorns now, which spells trouble for the rest of the Big 12.

Tennessee: The Vols were the pick to possibly win the SEC. They have shown no reason they can’t deliver on that expectation.

Illinois: The Illini need to be a bit more consistent. They will be soon and are still a threat to win the Big Ten.

Michigan State: The loss to Northwestern is no longer a bad loss. The Spartans just didn’t play well on one night. They are still elite.

Houston: The Cougars will know where they stand after playing UCF — arguably the toughest challenger right now in the American.

Creighton: The Bluejays continue to play late-possession games and are a few possessions away from being clearly in tier 2.

Northwestern: The Wildcats are 2-0 in the Big Ten. That’s right, 2-0 after beating Michigan State and winning at Indiana.

UCF: Winning at Florida State was no fluke. This team is legit.

Boise State: The Broncos own a win over BYU and blasted New Mexico to start the Mountain West 2-0. They are the top challenger to San Diego State.

BYU: The Cougars' win over the Aztecs puts BYU on the at-large line and maybe the only team standing in the way of a perfect Gonzaga season.

The Spartans can’t afford to get in a 0-2 hole in the Big Ten. This should have a late February, early March feel on Christmas Day. I’m going with Michigan State to hold serve.
Pick: Michigan State

The Wildcats seem to be in team turmoil. The Cardinals aren’t healthy. Somehow, someway John Calipari will get this crew straightened out.
Pick: Kentucky

The Zags get another style thrown at them in a game created two weeks ago. Virginia has to make 3s to win. Iowa didn’t against the Zags. I don’t see the Cavs being any different.
Pick: Gonzaga

Suddenly, this is the biggest game of the American season and it’s not even January 1 yet. The Knights can send a strong message to the league that they are contenders. I say they get it done. Upset special!
Pick: UCF

Who had this as a Big Ten showdown? No one. The Wildcats can go to 3-0 in the Big Ten. Book it.
Pick: Northwestern