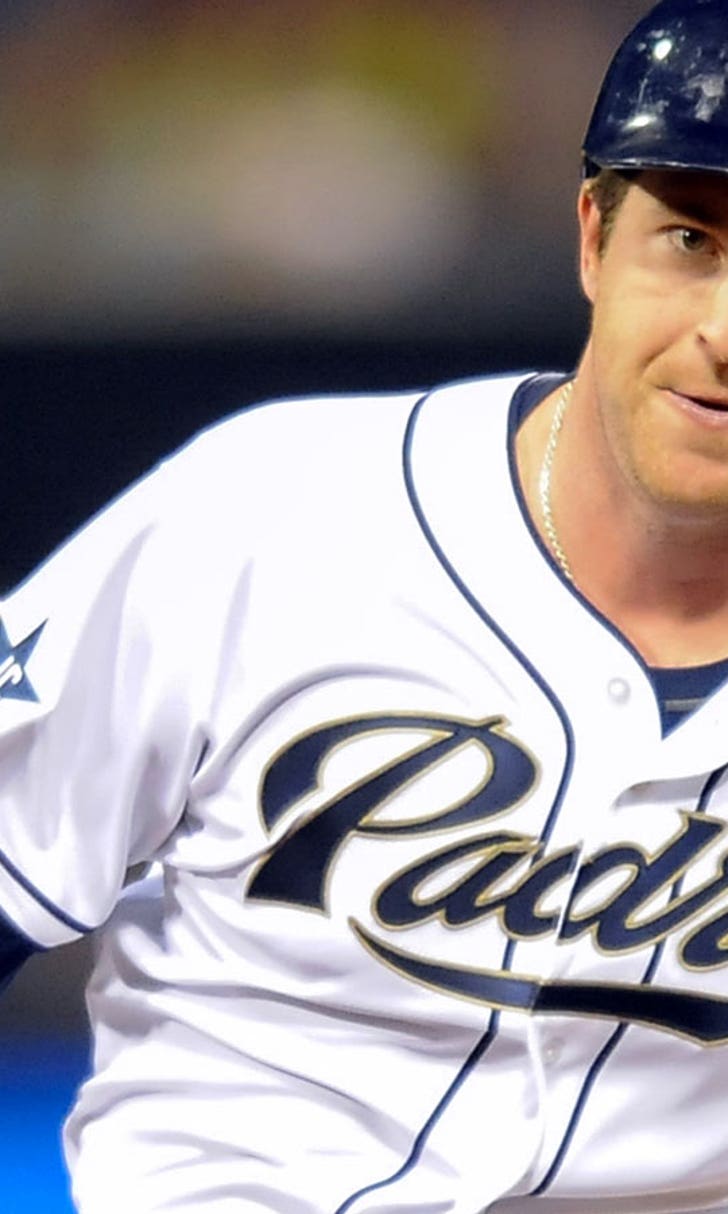 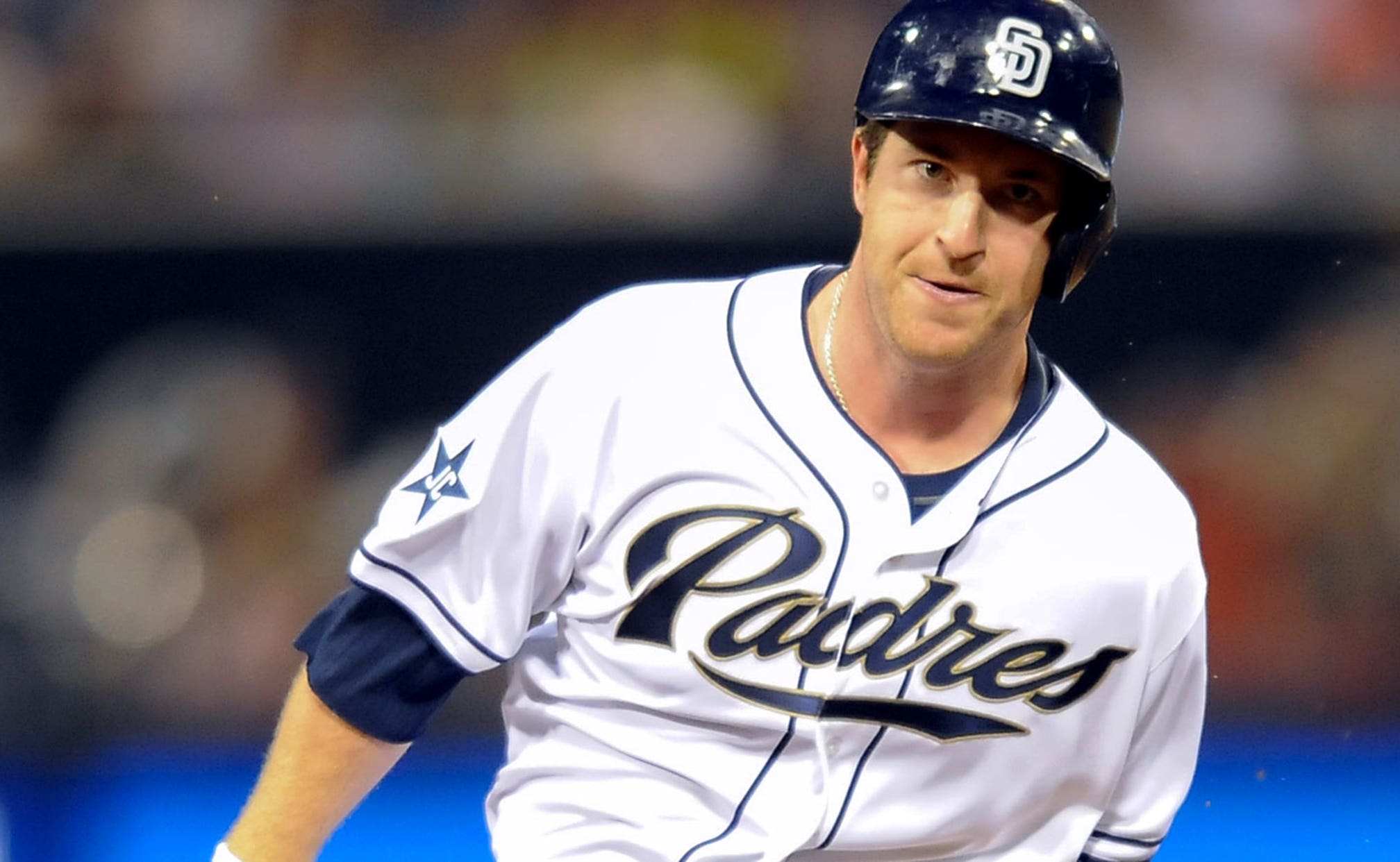 Padres' 2B Gyorko agrees to a $35 million, five-year extension 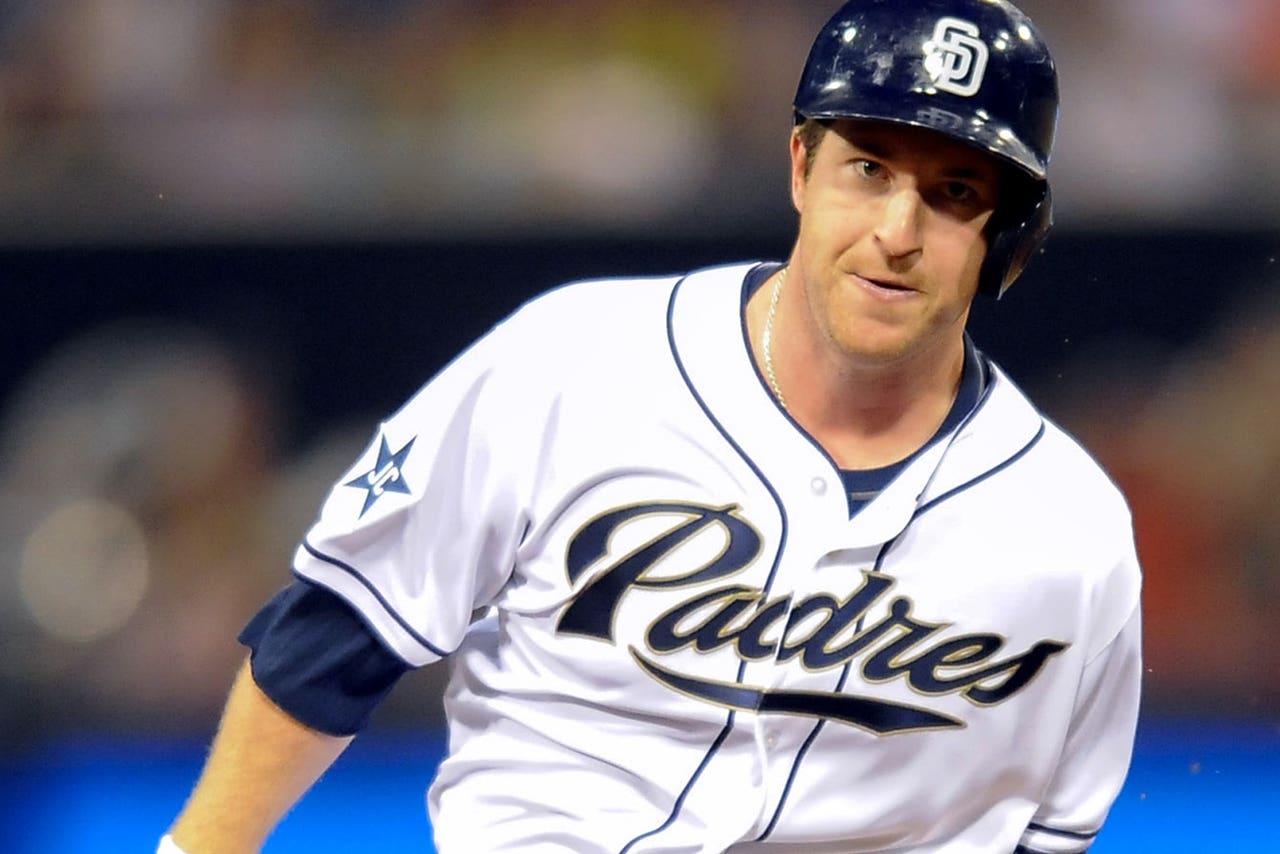 The San Diego Padres think so much of second baseman Jedd Gyorko that they gave him a hefty raise and he's only 13 games into his second full big league season.

Gyorko's agreement, announced Monday, is a six-year deal that adds $35 million over five seasons through 2019.

It replaces a one-year deal agreed to last month and includes a team option for 2020. San Diego essentially buys out one year of free agency and possibly two.

"These contracts make a lot of sense for both sides," general manager Josh Byrnes said. "In this case, we potentially buy out two years of free agency. It's rare to do it so early, but Jedd, I think, he answered all the criteria you look at. First of all, character. This guy is a baseball player. I think he's going to be a part of us establishing the kind of winning tradition we want to have here. He's always hit and he's handled things that have been thrown at him."

Gyorko proved himself with a big rookie season, hitting .249 with 23 home runs and 63 RBI.

"I wanted to be a Padre," Gyorko said. "When they came to me and kind of showed the vision of what they have looking forward, it's something I want to be a part of. Be a part of a championship team. I think that's what we're going to be, hopefully soon, if not, definitely by the end of my contract."

He also gets a suite on the road.

"It's good to have the possibility and potential to pencil Jedd into the lineup for a long time," manager Bud Black said.

Gyorko, 25, was a second-round pick out of West Virginia in the 2010 amateur draft.

While the Padres like Gyorko at second base, he played third base in the minor leagues and could move back to that position if Chase Headley leaves via free agency at the end of the season.

Gyorko said he'll play wherever the team wants him.

"I think he adjusted very well and people didn't realize how good he'd be there, so now it's a matter of maintaining that level," Byrnes said. "You never know how our rosters' going to shape up. We like him at second base. We like the competitive advantage of a second baseman who gives us this much offense. That was part of the attraction on the front end, and for now, I'd say that's the way we want it to end up as we go through the contract."

"It's a big commitment, but I think Jedd is worth it," Byrnes said. "When you place it through the age 30, 31 view, it's a risk we felt was worth taking."

The deal was negotiated by agents Sam and Seth Levinson.