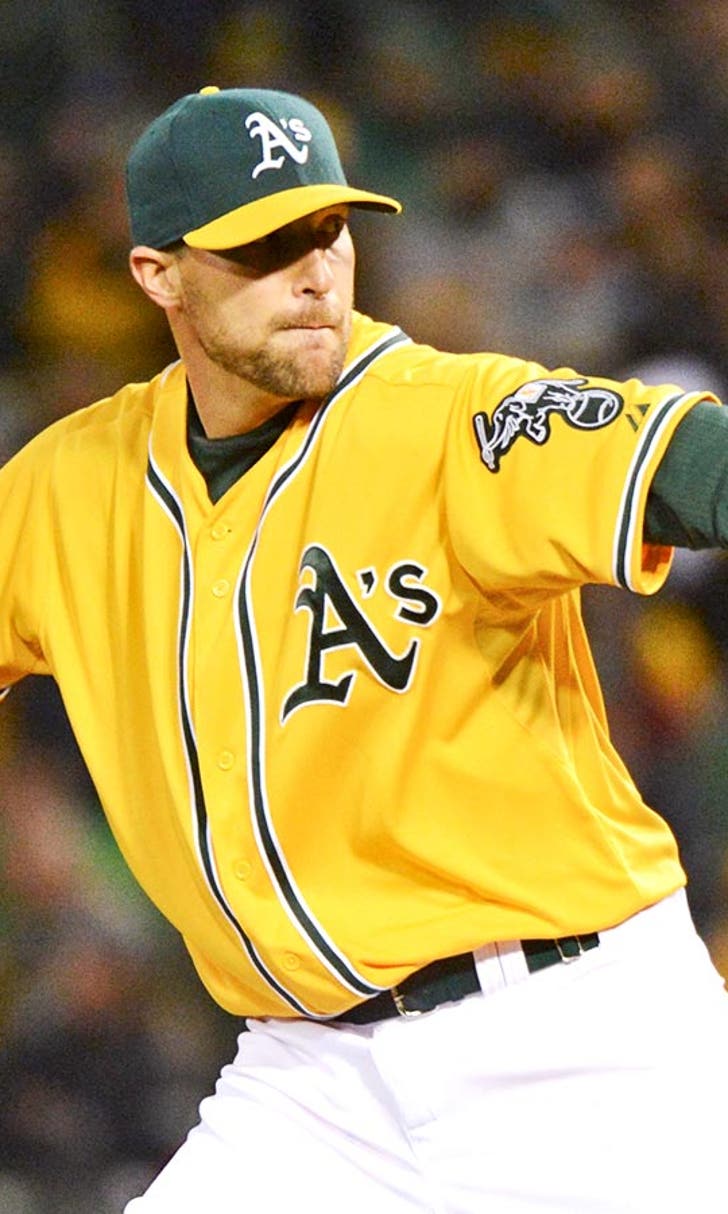 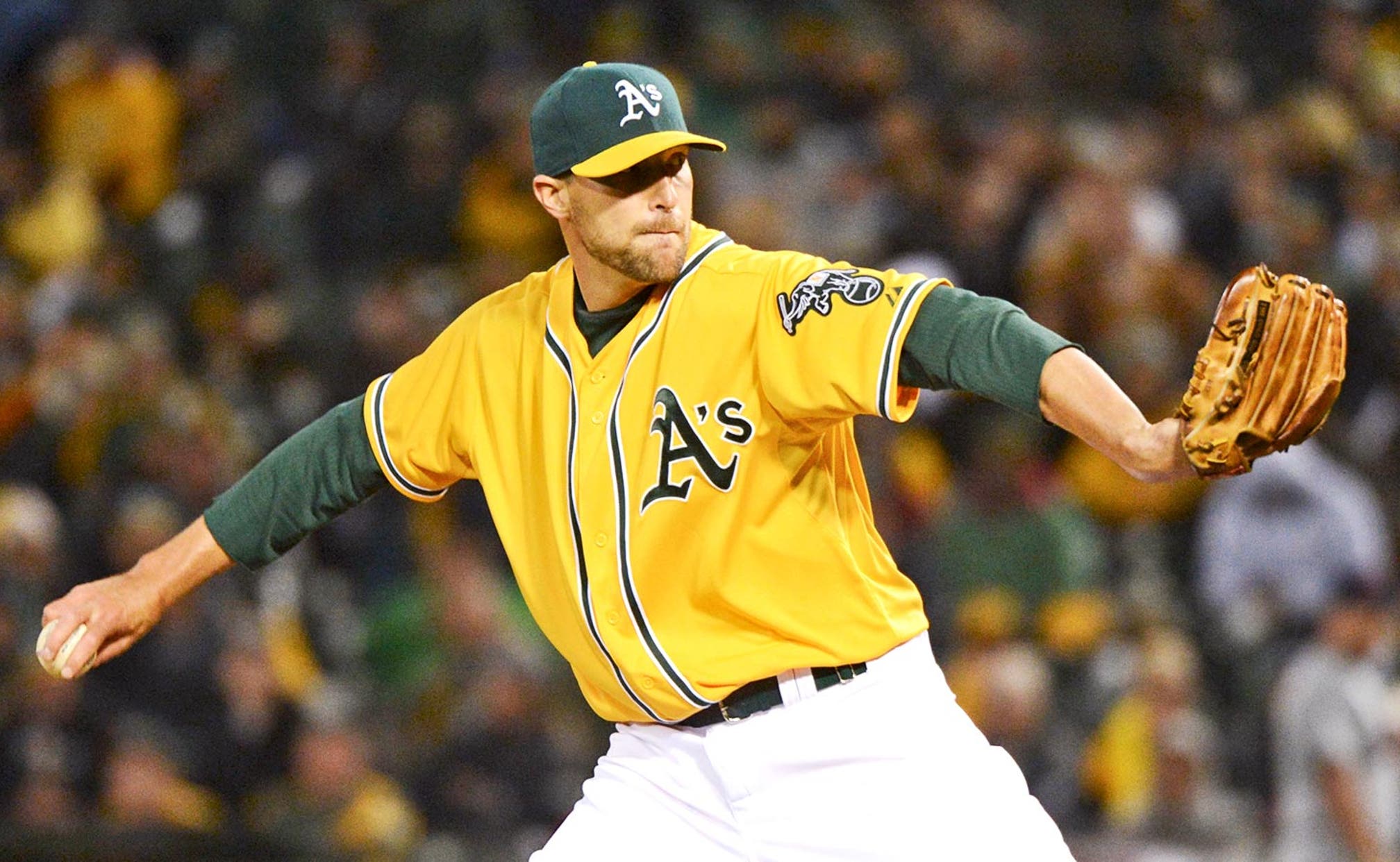 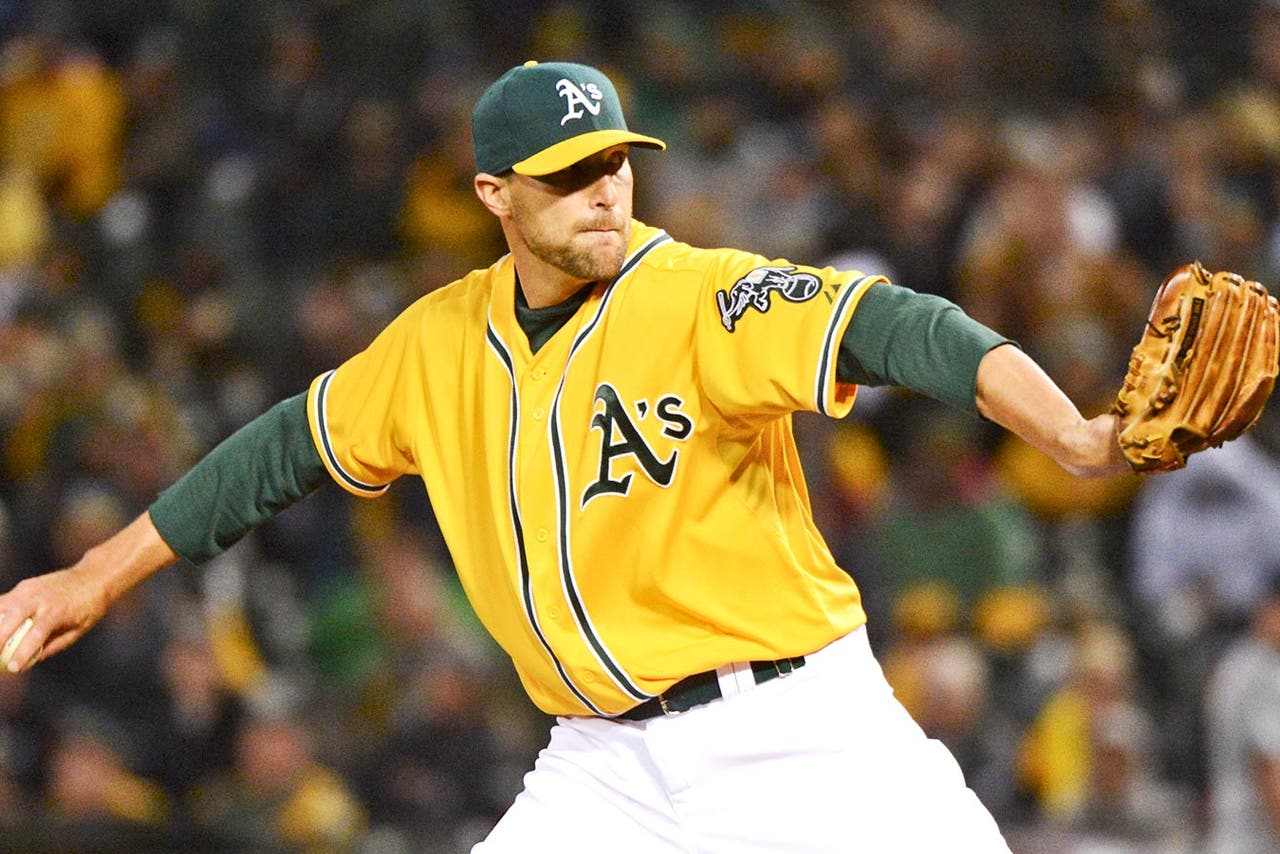 MINNEAPOLIS -- The Oakland Athletics brought Jim Johnson into their bullpen when they lost All-Star closer Grant Balfour in free agency.

Two weeks into the season, Johnson is 0-2 with an 18.90 ERA and one blown save in five appearances for the Athletics. Manager Bob Melvin couldn't afford to wait while the former Orioles closer got into a groove, removing him from that role on Thursday.

Melvin will proceed with a closer-by-committee approach.

"There's no timetable," Melvin told A's beat writers before the team played their series finale against the Minnesota Twins. "Let's just get him straightened out. And we have plenty of options. That's the good thing about our team, our versatility. We'll play it by ear based on how the game's going, who's available on that particular day."

He's allowed at least two runs in three of his five appearances, his seven total runs allowed is tied for the most in the AL among relievers. He's allowed more walks and hits than any other reliever in the league.

It's a far cry from the dominant reliever who saved 50 games for the Orioles last season, tied with Atlanta's Craig Kimbrel for the most in the majors. The A's were in the market when Balfour, who had 38 saves last year to help Oakland win its second straight AL West title, signed with the Tampa Bay Rays over the winter.

Johnson is making $10 million and will be a free agent at the end of this season, but the A's can take heart that he has recovered from similar funks before to post solid seasons. Last year, he was charged with three losses and four of his nine total blown saves during a tough six-game stretch in the middle of May. He allowed 12 runs over five innings in that stretch, but posted a 1.52 ERA in his other 69 appearances.

Oakland will use Dan Otero, Ryan Cook, Luke Gregorson and Sean Doolittle in save situations, depending on the matchup.

What You Need To Know: MLB Home Stretch
Playoff baseball is less than a week away. What's at stake in the final days before the Wild Card begins? Let's catch you up.
1 hour ago

MLB, MLBPA Commit To Racial Equality
MLB players reacted to the $10 million donation and the goal of promoting participation of Black Americans in the sport.
17 hours ago

All Aboard the Ryan Express
Nick Swisher breaks down why you kids just don't know how great the all-time strikeout king Nolan Ryan was.
6 days ago
those were the latest stories
Want to see more?
View All Stories
Fox Sports™ and © 2020 Fox Media LLC and Fox Sports Interactive Media, LLC. All rights reserved. Use of this website (including any and all parts and components) constitutes your acceptance of these Terms of Use and Updated Privacy Policy. Advertising Choices. Do Not Sell my Personal Info