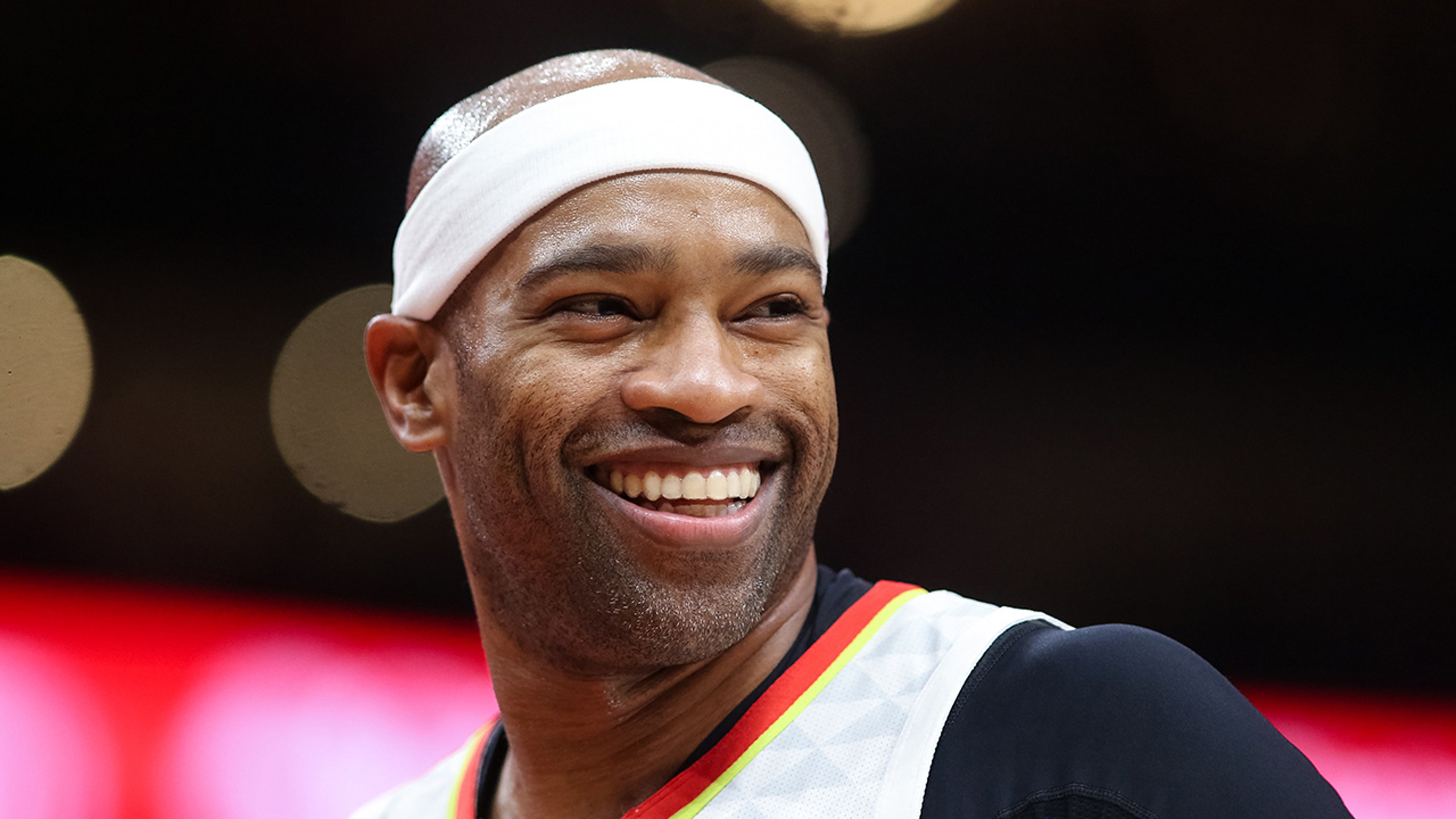 The NBA is set for a restart in Orlando next month, but one of the league's most iconic figures won't be returning to the hardwood – for the remainder of this season and beyond.

After 22 seasons and enough highlights to last a lifetime, NBA legend Vince Carter – also know as Air Canada, Vinsanity, and Half-Man-Half-Amazing – is calling it a career.

He made his decision officially official on The Ringer's 'Winging It' podcast on Wednesday morning.

Carter spent the last two seasons of his career as a member of the Atlanta Hawks, serving as the elder statesman of a team full of promising young players such as All-Star point guard Trae Young and lottery picks John Collins, Cam Reddish, and Deandre Hunter.

The Hawks released an official statement on Thursday thanking Carter for his time with the franchise.

But it was during his time as a Raptor that he made his greatest impact on the league.

Drafted with the 5th pick in the 1998 NBA Draft, Carter immediately turned the Toronto franchise into must-see tv, winning Rookie of the Year and displaying an otherworldly athleticism that he'd become known for.

Over the course of his six full seasons in Toronto, Carter was a 5-time All-Star, while also leading the Raptors to their first playoff appearance in franchise history in 2001.

His career accolades include 8 NBA All-Star Game appearances and 2 All-NBA selections. He is 6th all-time in made three-pointers (2,290) in NBA history and his 25,728 career points rank 19th in league history.

But Carter's most iconic moments might have come outside of the regular NBA season.

His performance in the 2000 NBA Slam Dunk Contest stands as arguably one of the most legendary nights in sports history.

Carter detailed his performance in an oral history of the dunk contest for ESPN, explaining how he barely practiced any of the dunks from that night.

"The only time I remember practicing was in San Antonio. We were on the road in San Antonio at their facility. We were fooling around, just whatever. It was probably a week or two [before the dunk contest]. I mean, it was close, for sure. So I was just toying around with some stuff and just seeing if I could do it, how I felt about it and how they reacted to it. That was kind of my practice time. Every now and then after practice I'd do a few just to fool around when everybody's leaving and then leave it alone. It wasn't, 'I spent 30 minutes a day trying.' You just didn't have that time."

And then there were the 2000 Olympics in Sydney, Australia, where Carter pulled off what just might be the best dunk ever executed in a game, leaping over France's 7'2" center Frederic Weis.

Now that Carter is walking away from the game for good, NBA players, franchises and beyond paid their respects to Half-Man-Half-Amazing.

Paid Time Off
The rarest of NBA occurrences is set to take place on Wednesday in Sacramento: LeBron James will miss a game to rest.
9 hours ago

Coming Of Age
Zion Williamson is having a historically dominant season and is turning the Pelicans into must-see viewing, Martin Rogers writes.
22 hours ago

Big Battle
Who would you rather have, Joel Embiid or Nikola Jokic? Skip Bayless and Shannon Sharpe opened up the debate on "Undisputed."
1 day ago
those were the latest stories
Want to see more?
View All Stories
Fox Sports™ and © 2021 Fox Media LLC and Fox Sports Interactive Media, LLC. All rights reserved. Use of this website (including any and all parts and components) constitutes your acceptance of these Terms of Use and Updated Privacy Policy. Advertising Choices. Do Not Sell my Personal Info