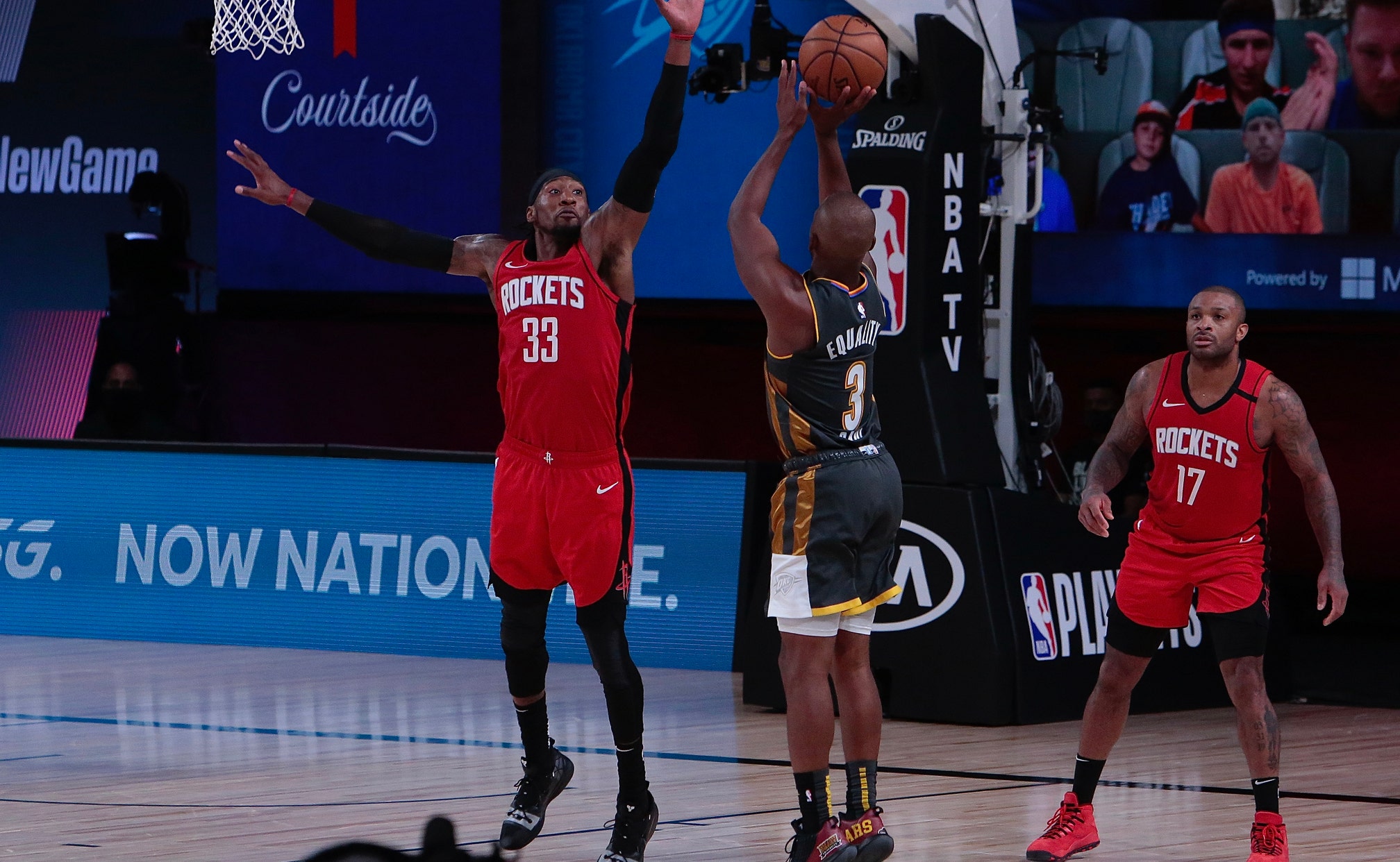 He might not have actually returned to Houston, but 'The Point God' made his return against Houston.

Chris Paul came up huge for the Oklahoma City Thunder in their 104-100 victory Monday night to force a decisive Game 7 against the Houston Rockets.

Known as the "Point God," Paul poured in 15 points to cover more than half of his team's total of 27 in the final frame. He also came up with 3 boards and 2 crucial steals in the quarter to finish the night with 28 points, 7 rebounds, 3 assists and 3 steals.

As Paul so eloquently put it in his postgame interview:

"When it gets to clutch time, fourth quarter, some people are built for it. Some people shy away from it."

With the win, the fifth-seeded Thunder are one step away from a playoff upset ⁠— a thought few people could have fathomed when the season started.

"I didn't see the Thunder coming, I thought they were rebuilding. They had a stockpile of draft choices and it felt like Houston had finally given up on CP3 because he's always hurt. ... He has been on a mission all year long to show them that they were wrong."

Paul's arrival in OKC was greeted with minor fanfare, coming over with draft picks from Houston for Westbrook.

Yet Paul started all but two of the Thunder's regular season games this year, the most he's played in since the 2015-16 season.

Furthermore, he led the NBA's regular season in a pair of "clutch" categories ⁠— stats accrued in the final five minutes of a game with the game score within five points ⁠— with points scored (150) and steals (10).

It all led to a playoff berth for the Thunder, and Shannon Sharpe also tipped his cap to CP3's refusal to be denied:

What's in store for Game 7? Despite all Paul's heroics, the bookmakers are still leaning toward the Rockets.

FOX Bet's insights have the Rockets as favorites at -213, while Paul's Thunder are going for +170 in the series-decider.

We'll see if The Point God can defy the odds once again.