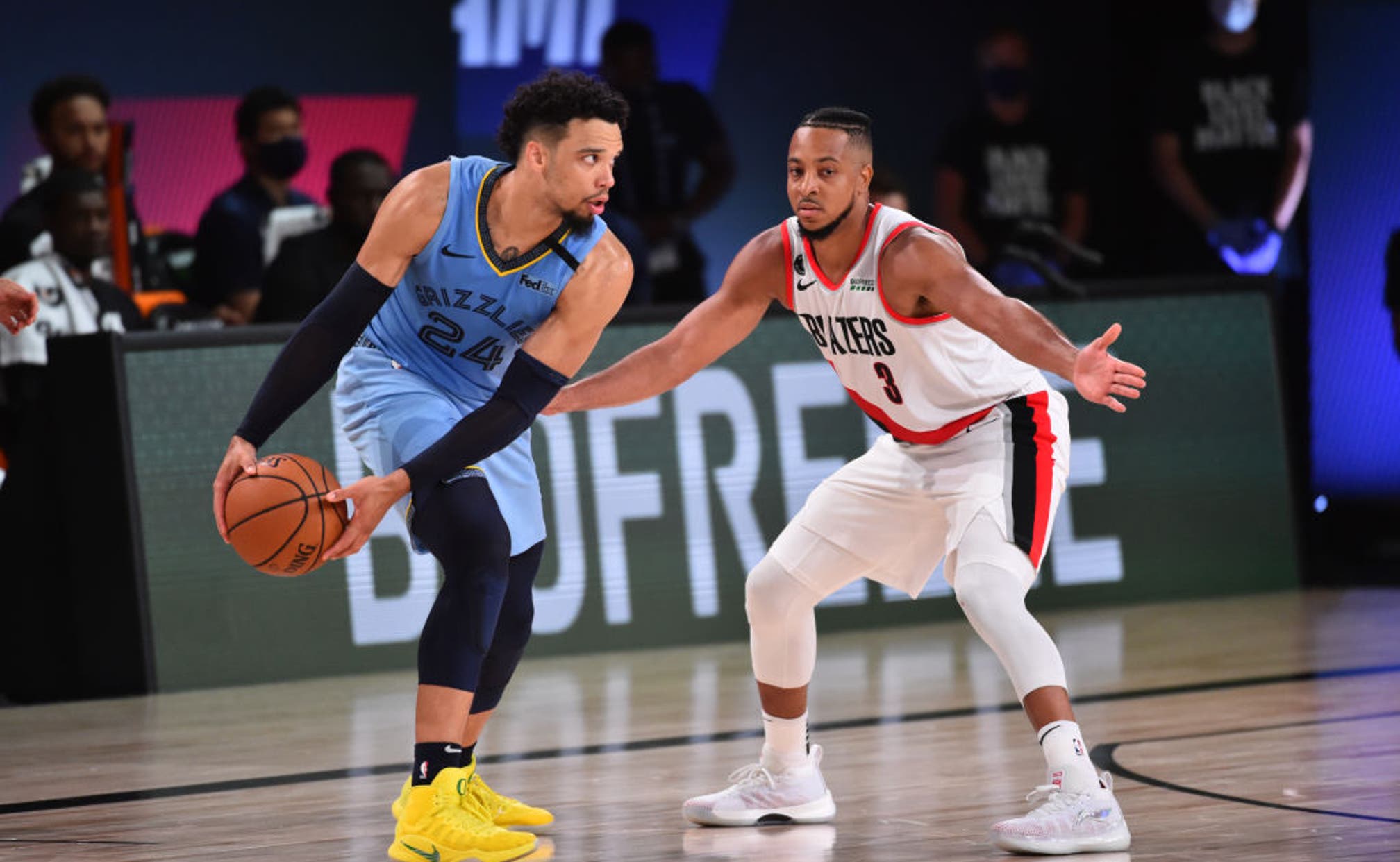 All eyes will be on the Western Conference play-in round this weekend, when the 8th-seeded Portland Trail Blazers take on the 9th-seeded Memphis Grizzlies on Saturday.

Both teams secured victories in their last seeding games to punch their tickets into the play-in round.

The Blazers need only one win to secure a trip to the postseason and face the Los Angeles Lakers in the first round. The Grizzlies will need to beat the Blazers on Saturday, and then again on Sunday, to earn a spot in the playoffs.

Here are the Top 6 things you need to know heading into Western Conference play-in round:

Portland and Memphis faced off twice this season, splitting the two games.

The NBA season was of course halted due to the COVID-19 pandemic, pushing the two teams' second matchup into the bubble in Orlando.

In the bubble opener for both teams, the Blazers outlasted Memphis in overtime by a score of 140-135.

Up to this point, the two teams seem to be as evenly matched as possible, with Memphis outscoring Portland 246-244 over the span of two games.

2. Portland in the bubble

Offensively, Portland has been blazing in Orlando, averaging 126.0 points over the span of eight seeding games and going 6-2 in the process.

In six of the eight seeding games, Portland scored at least 120 points, and its lowest output was 110 points.

On the flip side, while their offense has been dominant, the Blazers allowed at least 115 points in seven of the eight seeding games, and in three of those matchups, they surrendered at least 130 points.

Over the last eight, Portland's largest margin of victory has been 3 points, and the Blazers are +9 in point-differential so far in the bubble, winning six games by an average of 1.8 points.

3. Memphis in the bubble

Unlike Portland, the Grizzlies offense has been a bit uneven since arriving in Orlando.

Memphis is averaging 112.6 points per game over the past eight, but the Grizzlies have failed to score at least 100 points in two of those eight games.

The Grizzlies went 2-6 in the seeding games, and were surpassed in the standings by the Blazers and nearly by the Phoenix Suns. However, they pulled out a victory over a short-handed Milwaukee team on Thursday, holding the Bucks – who were missing Giannis Antetokounmpo and only played their starters less than half the game – to 39.4% shooting from the field and 31.7% shooting from three.

Well, at this point, there is only one missing piece that matters: Jaren Jackson Jr.

After averaging 25.3 points in Memphis' first three bubble games, Jackson suffered a torn meniscus in his left knee during the Grizzlies' matchup with the New Orleans Pelicans.

This regular season, Jackson was second on the team in scoring (17.4), trailing only rookie sensation Ja Morant (17.8), and he was first on the team in blocks (1.6).

In those three bubble games, the stats prove just how valuable Jackson was to Memphis, meaning the Grizzlies will surely be challenged to win without him.

Jackson averaged 25.3 points, 1.7 blocks and shot 35.7% on 3-pointers in three games since the season restarted. Per the NBA's advanced stats, the Grizzlies outscored teams by 4.2 points per 100 possessions when he was on the court — but off the court, they've been outscored by 29.9 points.

With Jackson out, veteran big man Jonas Valanciunas apparently decided to pick up his production leading up to this weekend.

And on Thursday, he did just that.

For Portland, the wild card so far has been Gary Trent Jr., who scored in double-digits 17 times all season before the NBA restart, where he's scored 10 or more in seven of eight games.

6. Who do the Lakers want to play?

Common knowledge would say the Grizzlies.

The Lakers and Memphis faced off four times this season, with LA winning the first three matchups by an average of 14.0 points.

The Grizzlies won the fourth matchup by 17 points.

In three games against Portland this season, the Lakers won twice by an average of 15.5 points, before falling to the Blazers in the third matchup by 8. 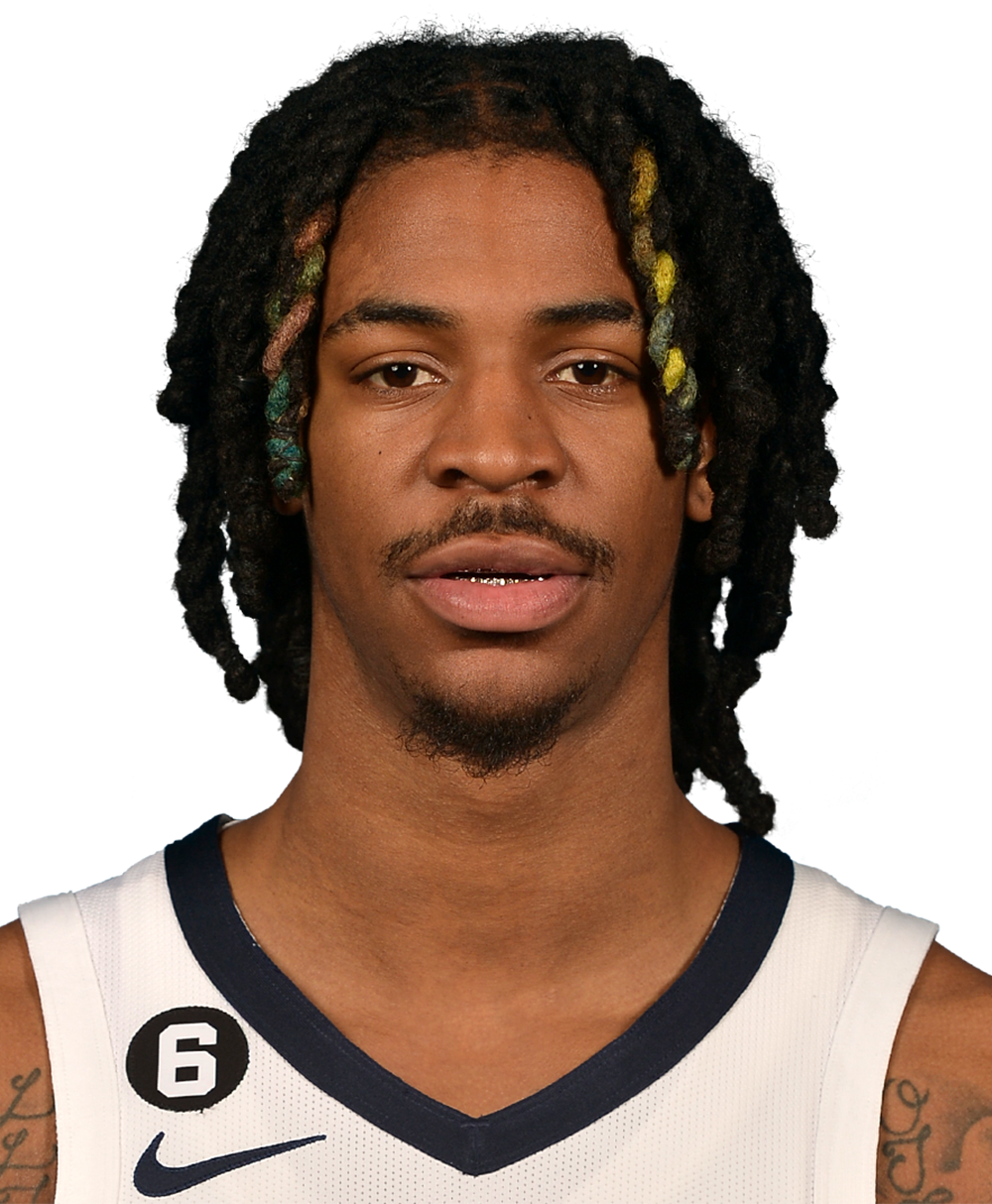 Over and Out?
The Lakers manhandled the Heat in Game 1 of the NBA Finals. Is the championship already a done deal for Los Angeles?
3 hours ago