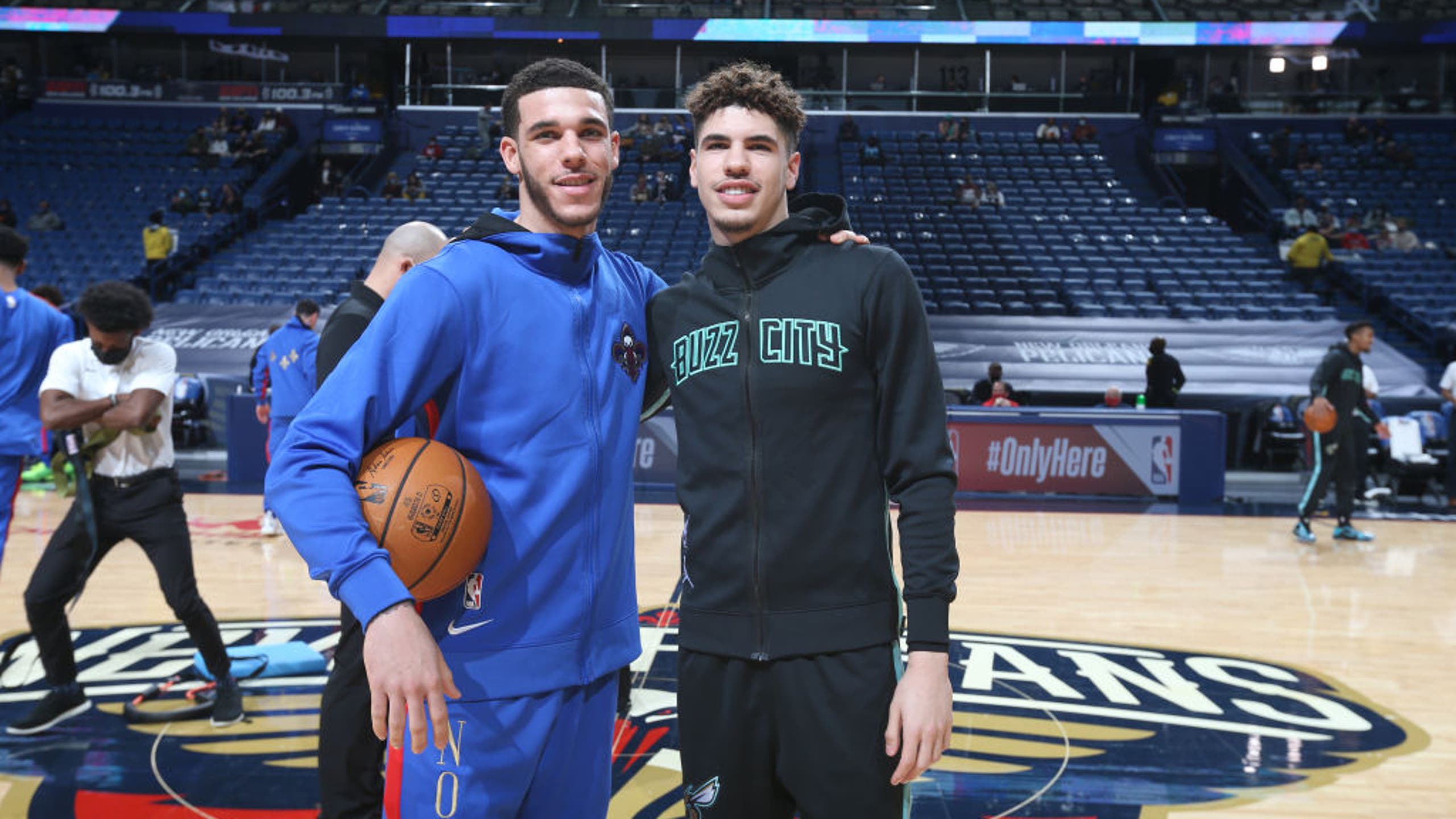 previous story
How To Win Big In The National Championship
next story
Allen, Bills Escape Against Colts
National Basketball Association

It should've been a father's dream.

After pouring himself into his sons' basketball careers, after countless hours spent in gyms, after so much sacrifice, LaVar Ball should've been on cloud nine watching his sons Lonzo and LaMelo make history Friday night by becoming the first brothers who were top three picks in the NBA draft to play each other in a regular-season game.

But after the Charlotte Hornets' 118-110 victory over the New Orleans Pelicans, LaVar was less than pleased with what had transpired.

First of all, he lamented the fact that LaMelo, whom the Hornets selected as the No. 3 pick in the NBA draft in November, didn't start for the first time Friday considering all of the hype surrounding the sibling matchup. 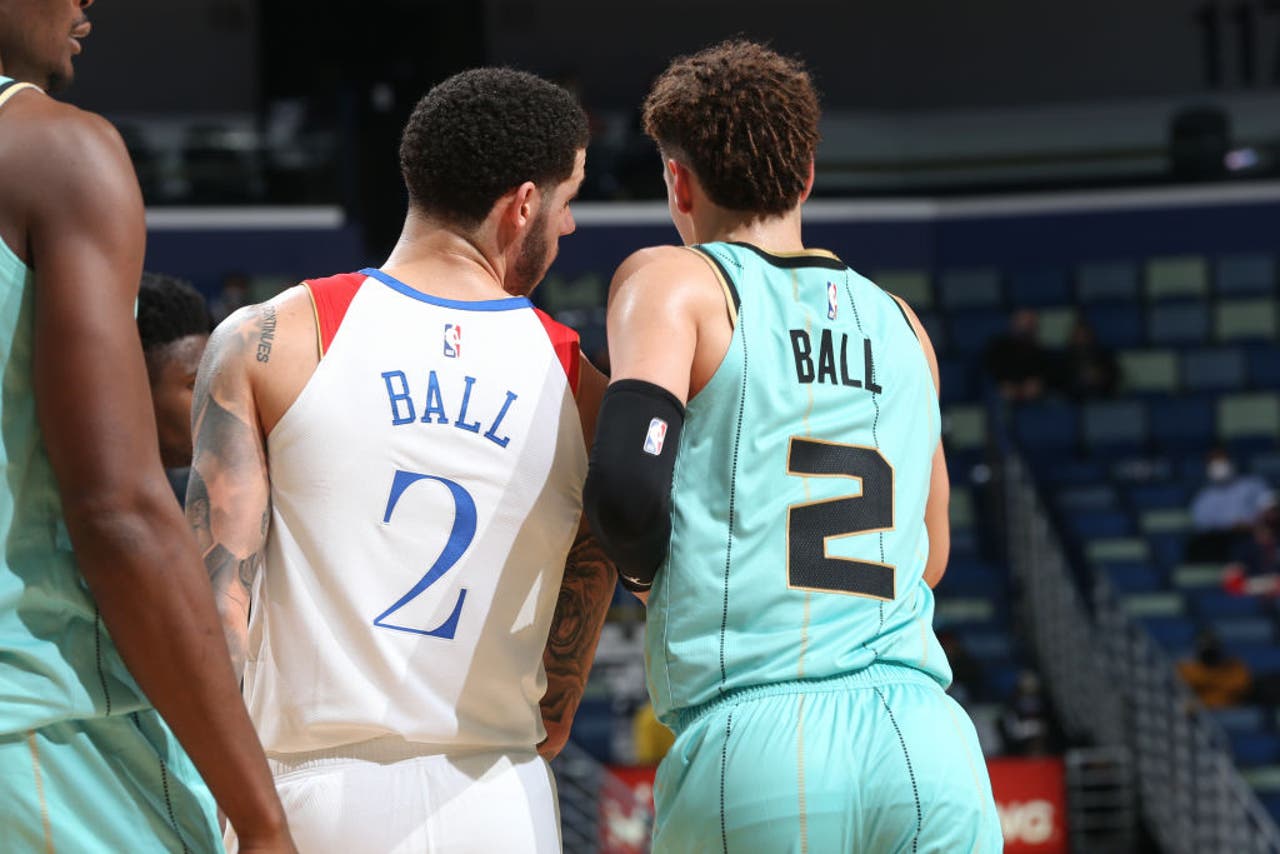 "Tell me, have you ever seen a marquee guy, a marquee guy that you promoting in all of this 'brothers going up against each other' and he don't start?" LaVar said in an exclusive interview with FOX Sports just minutes after the game. "I never seen that before in my life. That's like telling Michael Jackson, 'Hey man, you coming on second.' "

Second of all, LaVar said neither of his sons are being used to their full potential.

He said they're stuck playing half-court basketball instead of getting to run and showcase what they can do in the open court.

"As they say when you get to the NBA, the speed of the game changes," LaVar said. "Well, my boys is the only ones who got to slow down when they get to the NBA."

LaMelo, 19, finished with 12 points, 10 rebounds and nine assists, one assist shy of becoming the youngest player in NBA history to finish with a triple-double.

Lonzo, 23, struggled with his shot, finishing with five points on 2-for-8 shooting from the field, including making only one of his seven 3-point attempts as his team blew an 18-point lead.

According to their father, they both should be averaging closer to 30-plus points, 15 assists and 19 rebounds a night.

"Their performances, it's not going to be up to my standard on the fact that they're not playing the style I taught them, which is that up-and-down pace, getting that ball in and out and just playing balls out," LaVar said. You can't do that with these guys [their teammates]. These guys don't have the confidence in that."

LaVar said the only way to get the best out of his sons would be to have them play together, alongside their 22-year-old brother LiAngelo Ball, who signed a contract Thursday to play in the G League bubble.

"You're not going to unlock my boys until all three of them are on the same team and they're just running," LaVar said. "Nobody will be able to catch them."

LaVar said he tried to convince the Lakers to put his sons on the same team after they selected Lonzo as the No. 2 overall pick in the 2017 draft. But after Lonzo was sent to the Pelicans as part of a deal to acquire Anthony Davis in 2019, he now hopes the Hornets will figure out a way to get the Ball boys in the same uniform.

If not, he said they'll find a way to do it on their own.

"Eventually they will get on the same team," LaVar said. "Because after everybody's contract is up, they can always decide together and be like, you know what, let's all go to this team."

LaVar said his sons elevate their franchises, pointing out that if it weren't for the sibling matchup, a game between the Hornets (4-5) and Pelicans (4-5) wouldn't have been shown on national television.

"Why are they showcasing this game?" LaVar asked? "Charlotte ain't never get on ESPN. Charlotte against Pelicans? That's on ESPN? Yeah, when it's the Ball boys playing. Any other brothers, you can forget about it. That's right, the Ball name is strong."

He added that if his sons were together, a team would have even more hype.

LaVar has long been known for hyping his sons and making outrageous remarks, such as claiming Lonzo was better than two-time MVP Stephen Curry in February 2017. The following month, LaVar boasted he could've beaten six-time NBA champion Michael Jordan in a game of one-on-one.

But recently, LaVar has been relatively quiet.

He attributed that to the COVID-19 pandemic.

"Can't nobody run up on me no more and put their microphone in my face," he said. "You can't catch me out, I'm at home. You can't run through my doors and come through my fences.  So everybody like I have the narrative, oh, he's a little more quiet. No, I'm always going to be loud because that's how I was born, coming out screaming."

LaVar's outspokenness was sometimes challenging for Lonzo during his first two seasons with the Lakers. He was often in his father's shadow, having to answer for something he said.

But the eldest son began blazing his own path after joining the Pelicans. 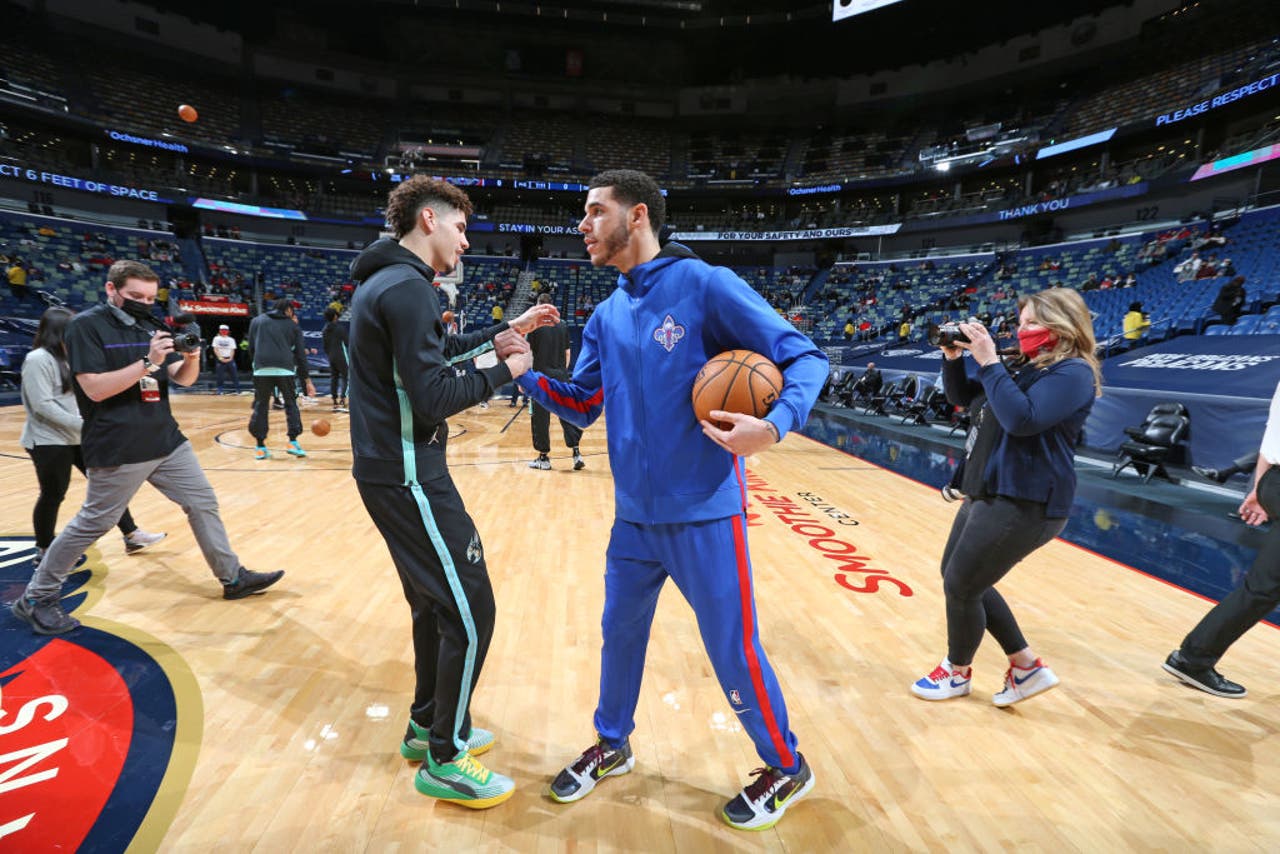 In September, Lonzo signed with Rich Paul of Klutch Sports after entering the league with family friend Harrison Gaines as his agent, followed by short stints with Creative Artists Agency and Roc Nation. He also distanced himself from Big Baller Brand, which his father co-founded, after family associate Alan Foster allegedly siphoned $1.5 million from the business.

But LaVar said he remains close to his oldest son.

As for LaMelo, LaVar said he hasn't learned any great lessons from Lonzo's first few seasons in the league that he hopes to impart in him.

He said his youngest son has long understood the drill.

"They were pulling up in nice cars and parking in the front in high school," LaVar said. "Ain't nothing changed. They're just playing basketball. Everybody wanna be like you gotta learn something. He ain't gotta learn nothing."

Heading into Friday's game, there was no trash talk within the family.

They're used to competition.

Ever since they were young children, LaVar used to hang his sons on playground equipment and see who could hold on the longest, or set up competitions over who was brave enough to jump off the tallest stair in the living room.

When Lonzo and LaMelo took the court against each other, they just did what they had done their whole lives.

"Everytime they get out there, they're trying to win at whatever they do," LaVar said. "That's the same thing, I love their mom, but if we play a game of one-on-one, I'm trying to kill her. It runs in the Balls."

That being said, LaVar hopes one day that will change.

After a lifetime of encouraging the competition, he wants it to end.

"I just want to see my sons play together," he said.