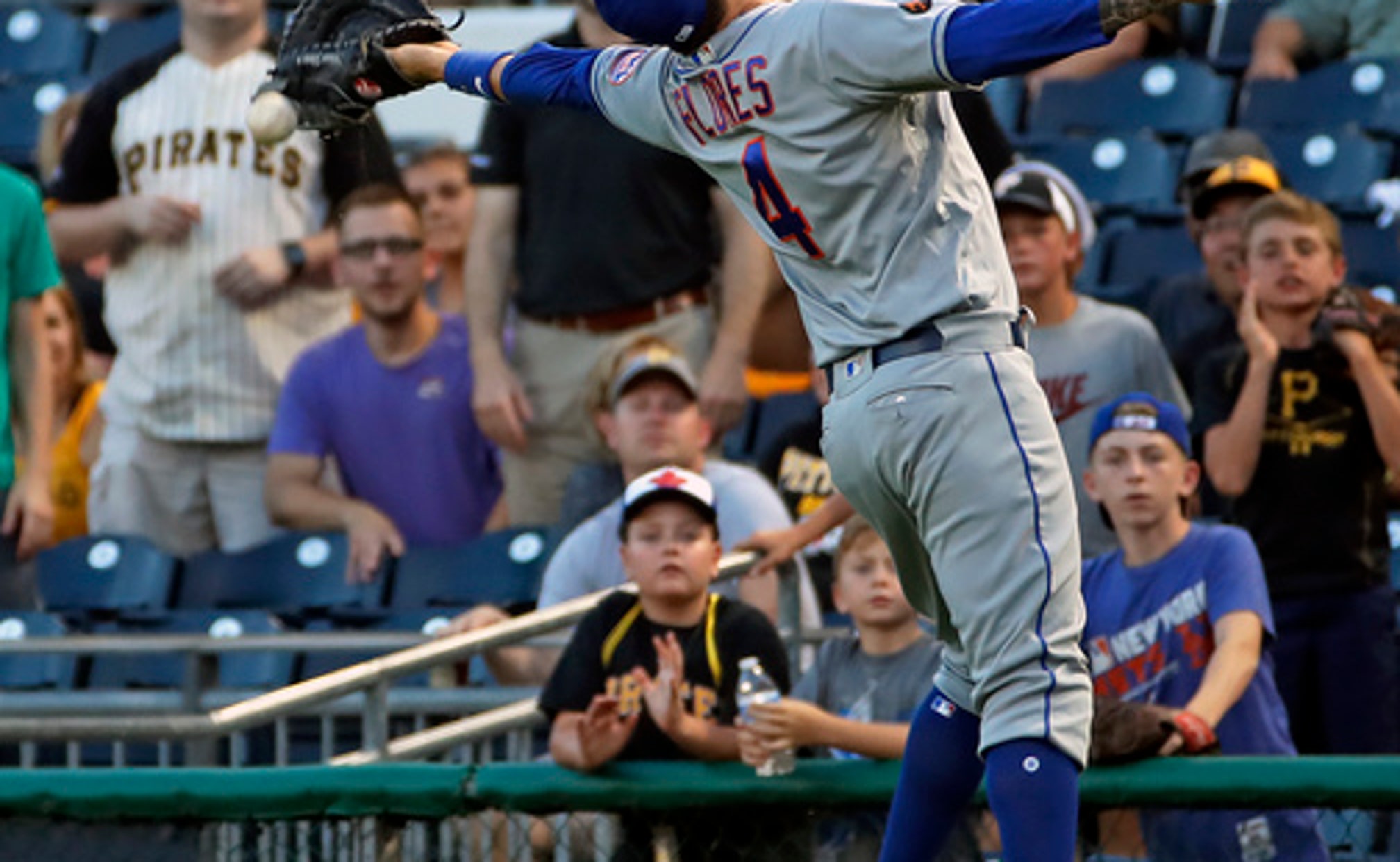 PITTSBURGH (AP) Asdrubal Cabrera is well versed in what can happen at the trade deadline. He found himself on the move four years ago when the Cleveland Indians sent him to Washington to help the Nationals make a playoff push.

The second baseman is in the same position again with the floundering New York Mets. While he admits he's wary of what the days leading up to July 31 could bring, he's trying not to get worked up. The 32-year-old figures if he just comes to the park and hits the way he did in a 12-6 win over Pittsburgh on Thursday, he'll be fine.

''There's nothing I can control. Whatever they do, they want to do what's best for the team,'' Cabrera said after going 3 for 5 with a home run and four RBIs. ''I hope to stay here. I like New York. I like the team, the town.''

Potential playoff teams in need of a bat are taking a long look at Cabrera, who boosted his home run total to 18 when he hit a tiebreaking two-run shot off Nick Kingham (5-5) in the fourth to put the Mets ahead to stay. Cabrera entered hitting just .184 (7 for 38) in his prior 12 games but snapped out by taking out his frustration on Kingham and three relievers.

Wilmer Flores also hit a two-run homer and had three RBIs as the struggling Mets posted their highest run total since scoring a dozen times against Colorado on June 18.

Amed Rosario and Jose Bautista had two hits each as New York sent the Pirates to their second straight loss following an 11-game winning streak that pushed Pittsburgh back into the postseason picture.

Steven Matz (5-8) settled down after giving up two-run homers to David Freese and Josh Harrison in the early innings. Matz tied a career-high with nine strikeouts, walked two and retired his final 10 batters to win for just the third time in his last 11 starts.

Matz called himself effectively wild and admitted he started to feel a bit better over his last two innings when his arm tired a bit. All nine of his strikeouts came in the first four innings. He pitched to contact over the last two innings, but only one ball left the infield.

''It's almost like I got a little tired and was able to stay smooth instead of muscle up a little bit and I think it helped me out,'' Matz said.

Freese and Harrison helped the Pirates dig out of early deficits but the Mets kept piling on.

Kingham left after Cabrera's shot in the fourth put New York ahead 6-4. The rookie allowed six runs and seven hits in three-plus innings, the second time in his last four starts he failed to get an out past the third. Command was an issue too. His four walks were a career high.

''It makes everything more difficult,'' Kingham said. ''The other pitches don't really come to happen. You don't have a feel for it. It just kinda snowballs into one bad outing.''

Pirates: C Francisco Cervelli went 0 for 4 and committed an error in his return from concussion-like symptoms that had sidelined hinm since July 14. Cervelli described feeling like he had a ''hangover'' after getting hit by foul balls or bats in four consecutive games. Though the Cervelli has taken ground balls in practice, there are no plans to put him in a game in the infield anytime soon. ''From my perspective, it's like telling a matador not to fight bulls,'' manager Clint Hurdle said.

Mets: Jason Vargas (2-6, 8.60 ERA) is expected to come off the DL to start on Friday. Vargas has been out since June 20 with a strained right calf. To make room for Vargas the Mets optioned rookie Corey Oswalt to Triple-A Las Vegas.