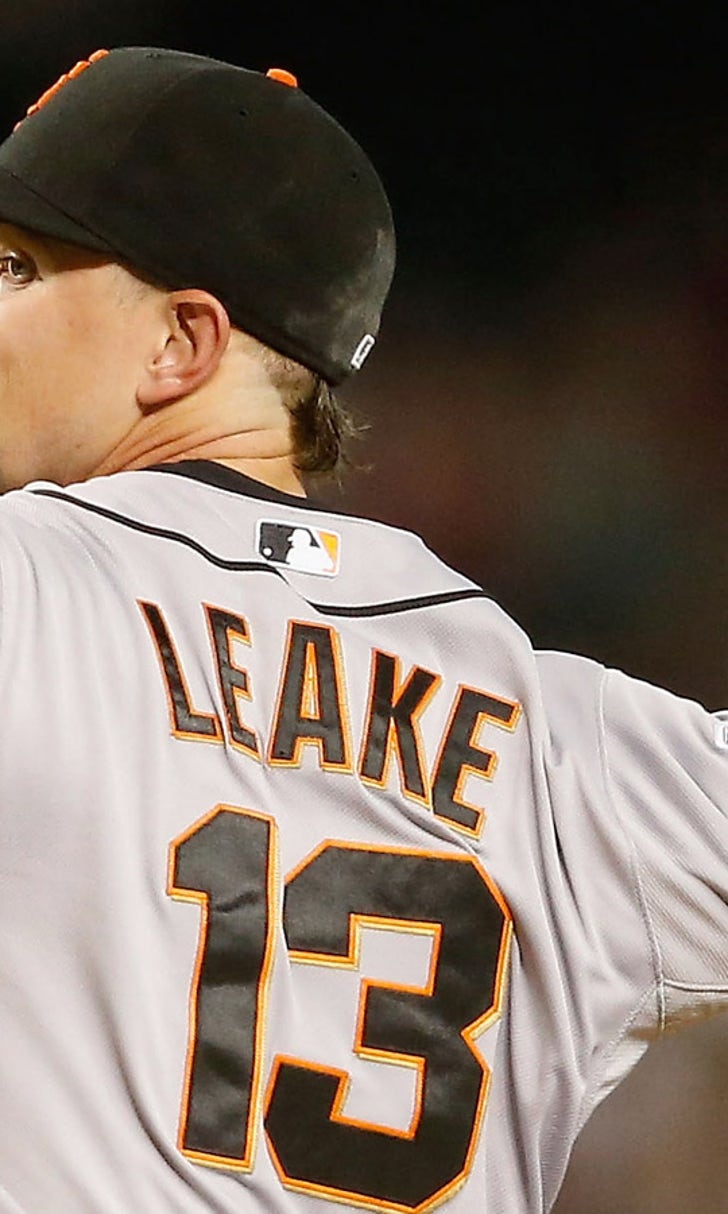 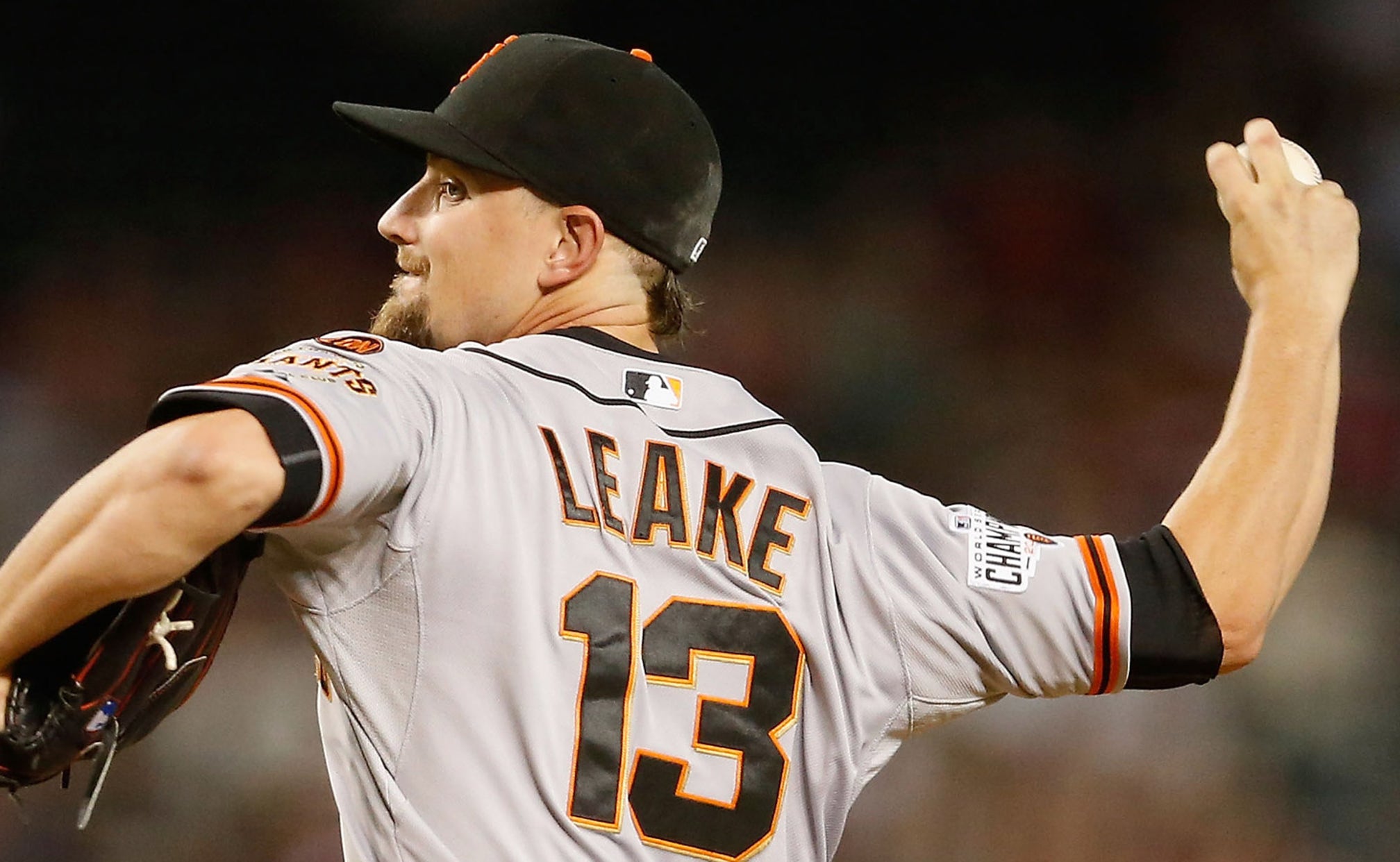 Bochy would like Leake to remain a Giant despite winless streak 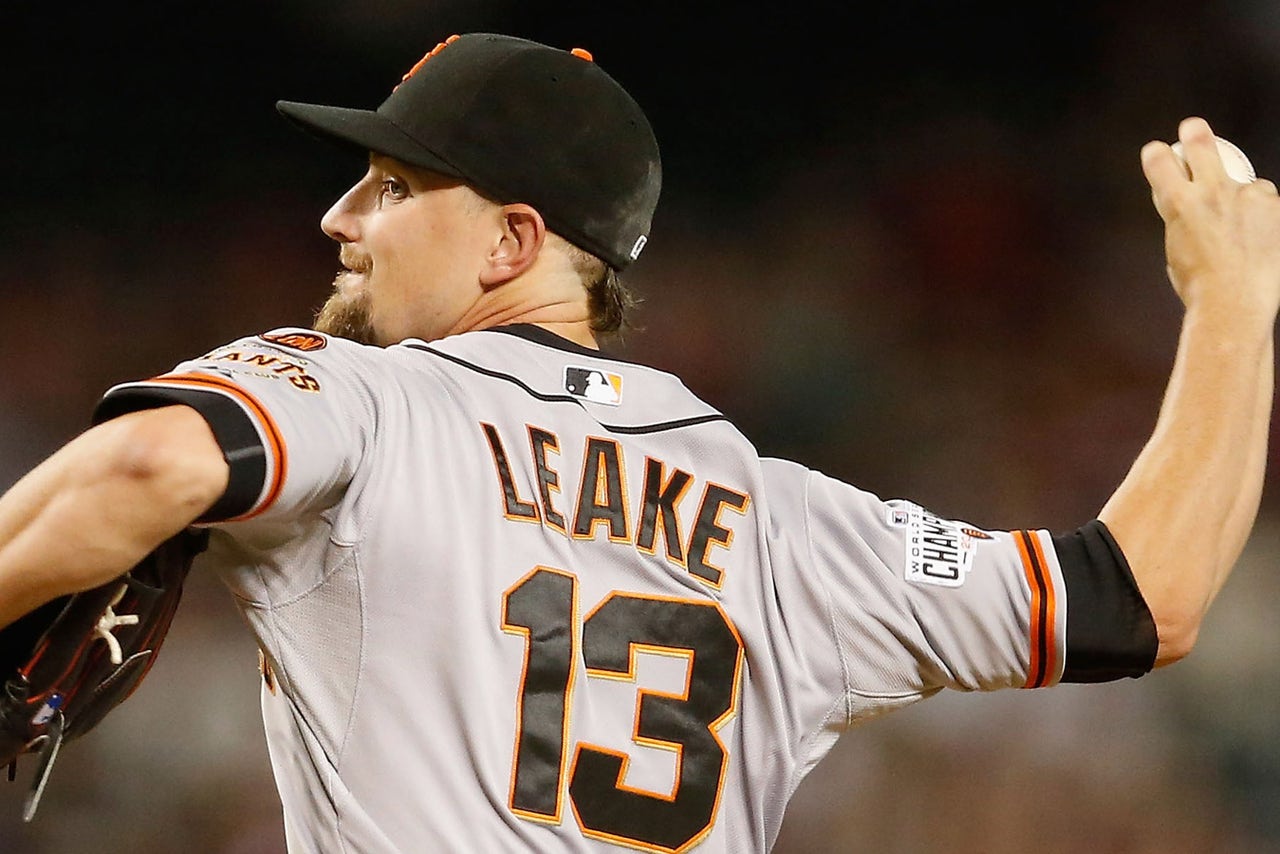 Giants manager Bruce Bochy is looking beyond Mike Leake's 0-3 record and the Giants' 1-4 mark in games in which he's pitched when evaluating the new addition to the club.

"I certainly like him," Bochy said, per CSN Bay Area. "I like the way he competes, I like his stuff. I've known him a long time. You don't know what's going to happen, but if you're asking me, sure, who wouldn't want a Mike Leake?"

Since being acquired by the Giants at this year's trade deadline, Leake has yet to win a game, posting a 4.31 ERA with 23 strikeouts against seven walks in 31 1/3 innings over five starts.

"It just stinks because we're in the hunt and not winning when I pitch as much as I would like, but it's nothing to sulk over," Leake said of his performance with his new team. "You've got to keep competing."

While the 27-year-old righty has generally pieced together solid outings while wearing a Giants uniform, his most recent outing was hardly of that variety.

In 5 2/3 innings, Leake gave up six earned runs on 11 hits, including two home runs, and walked three batters, striking out five in San Francisco's 6-1 loss to the Arizona Diamondbacks on Monday.

Nonetheless, Bochy vouches his support for his new player.

"He's pitching well, though," he said. "Even today, I know we had to get him in the sixth, but he pounded the strike zone. He doesn't let things affect him. He keeps his composure. He finds a way to get you deep into the game on a consistent basis. You can't look at the wins and losses. He's pitched very well."