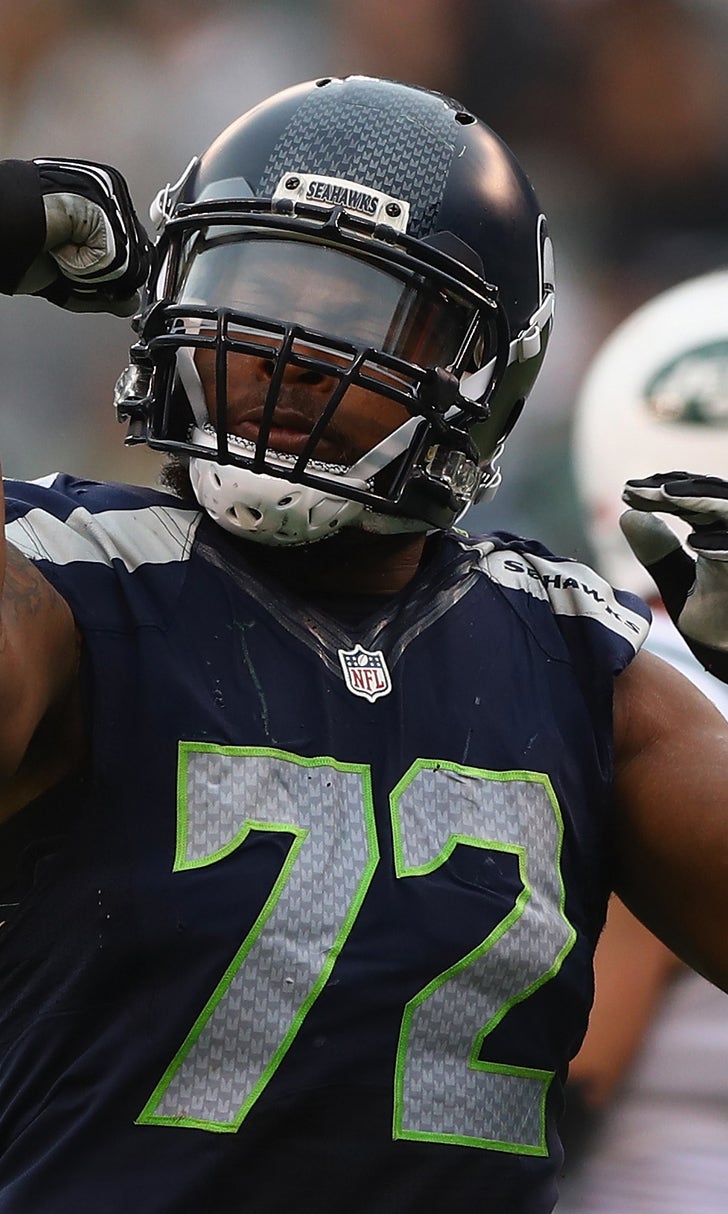 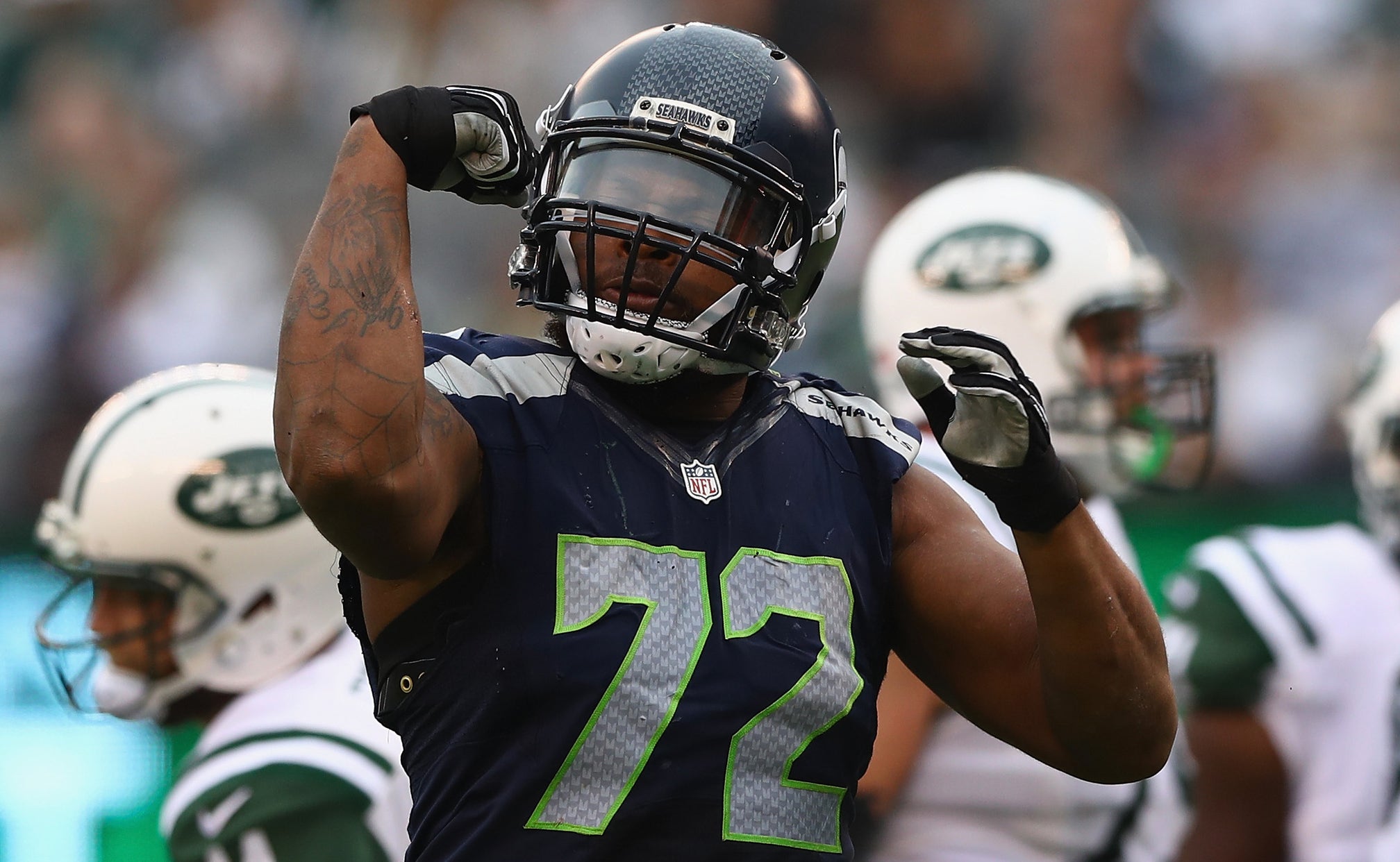 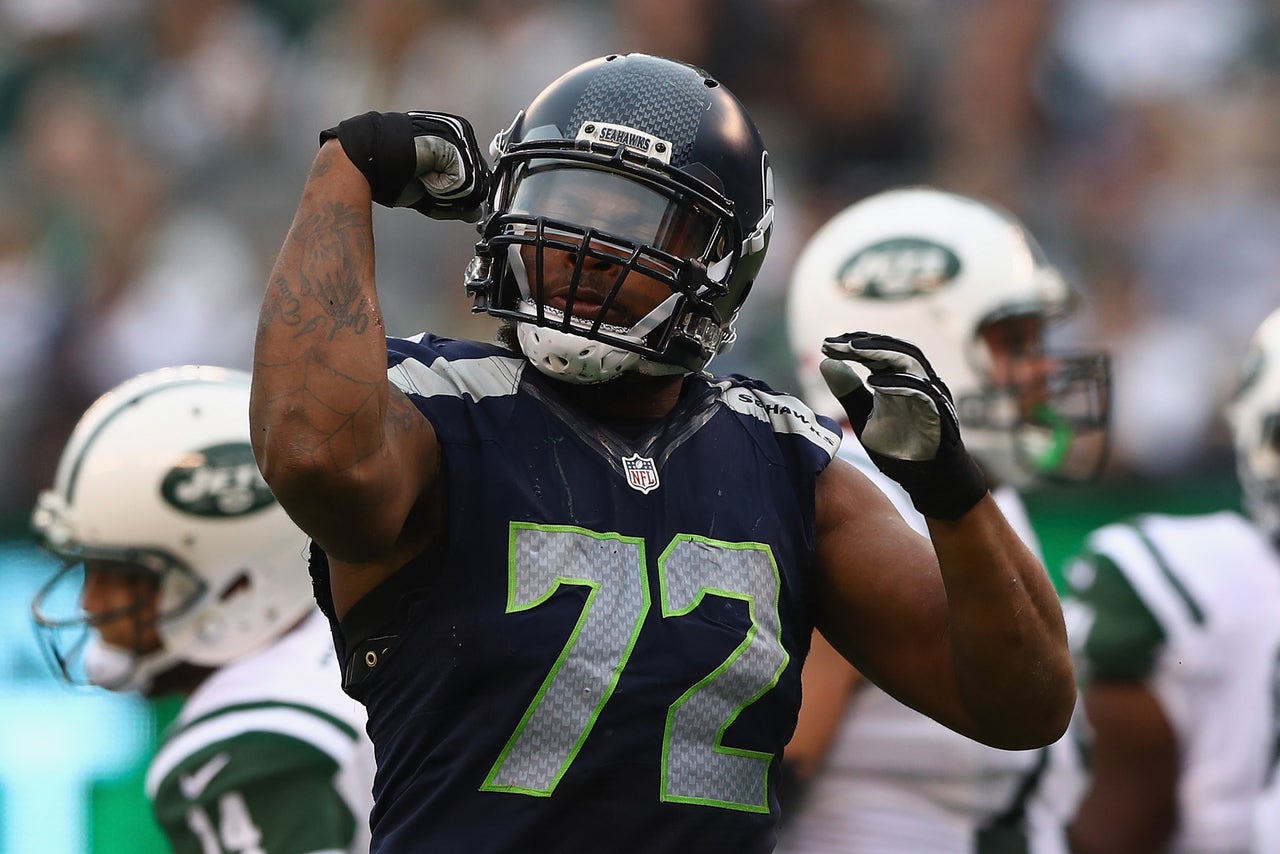 In the second quarter of the Seattle Seahawks-New York Jets game on Oct. 2, Jets right guard Brian Winters head-butted Seahawks defensive lineman Michael Bennett after a play and ended up damaging himself, mostly.

Winters had to leave the game after slamming himself head-to-head with Bennett. The "dirty play," as Bennett called it, also cost the Jets 15 yards on an unsportsmanlike conduct penalty. The injury also forced Winters out of action when the Jets faced the Steelers on Sunday. And on Friday, the league fined the 25-year-old guard $24,309 for the act.

After the Seahawks' bye week, at the team's first practice on Monday since the Jets game, Bennett found some dark humor in the consequences Winters has suffered.

“That’s how you know I am made of iron,” Bennett said Monday, via Bob Condotta of the Seattle Times. “He cheap-shotted me and he got a concussion. My wife was happy.’’

"Iron Michael Bennett" would work nicely if Tyson hadn't already claimed it, though "Black Santa" is already pretty good too.

The Wright Tiers
The 'Herd Hierarchy' finally has some competition. Here are Nick Wright's NFL tiers heading into Week 7.
11 hours ago

Worth The Risk?
Antonio Brown's name is being attached to the Seahawks. Should Russell Wilson & Co. roll the dice on the mercurial wideout?
12 hours ago

Starring Role
Andy Dalton is the next man up in Dallas. Can he guide the Cowboys to an NFC East crown in his first season?
5 days ago
those were the latest stories
Want to see more?
View All Stories
Fox Sports™ and © 2020 Fox Media LLC and Fox Sports Interactive Media, LLC. All rights reserved. Use of this website (including any and all parts and components) constitutes your acceptance of these Terms of Use and Updated Privacy Policy. Advertising Choices. Do Not Sell my Personal Info