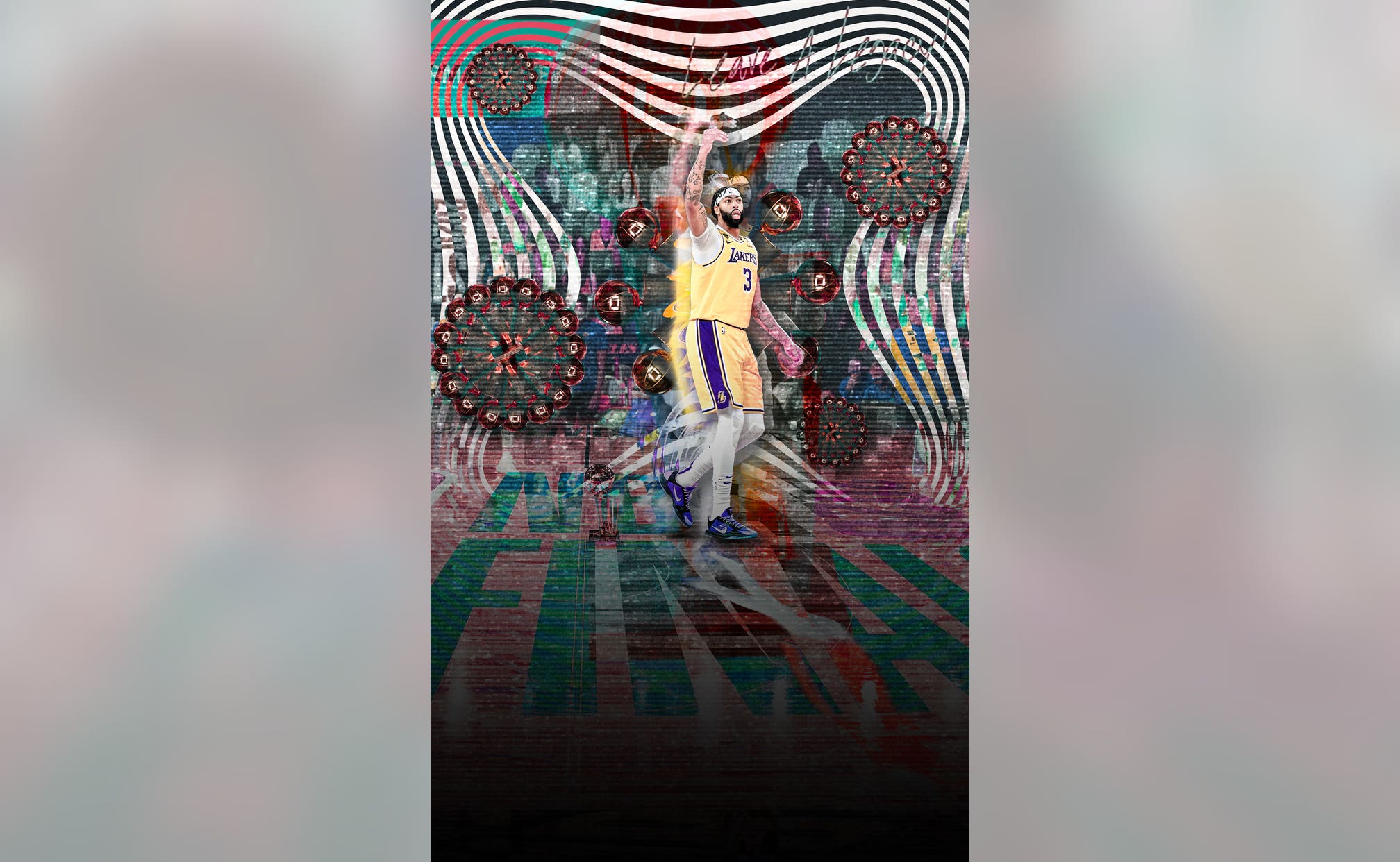 On Wednesday, Paul Pierce simultaneously sat in the ESPN studios and courtside at the NBA Finals. President Barack Obama watched from the sidelines, almost a thousand miles away.

Wearing a WNBA sweatshirt, Robin Roberts peered into the cavernous, empty arena through a small screen, while Shaq’s face near hers was somehow three times the size. He had very little body at all.

The rest of us watched these famous, pixelated torsos and faces move about the LED boards in the NBA bubble through our own screens and from our own couches. The movements of the virtual fans were jerky, in that unstable-internet-connection type of way that felt all too familiar (Zoom, it turns out, is the great equalizer). Besides the few people allowed in the sealed-off environment of Disney World, no one was really there.

While Game 1 was not remarkable — the Lakers thrashed the Heat 116-98 — the circumstances clearly were.

Look, I know we’ve been watching dystopian basketball for months now. Players have put their lives on hold to live in hotel rooms without leaving the premises so that they can finish a season that began almost a year ago.

But it never felt as strange as it did when the Finals tipped off without the crowds, the pomp, and the circumstance that used to make big games feel so significant.

The last time I watched the NBA Finals was in March and April. Actually, I watched six championships, back when The Last Dance was the only crumb of sports this country had. The 10-part documentary about Michael Jordan showed No. 23’s ups and downs during high-stakes moments.

There was Jordan, celebrating on the court covered in teammates, sobbing on the floor of a crowded locker room, or attempting to avoid the scrum of reporters hovering around him in the cramped, sweaty hallways underneath stadiums.

On Wednesday night, LeBron James won the 50th NBA Finals game he’s played in and then walked down the hallway of a nondescript convention center alone. He was in his own little world with his headphones on, while his legacy and the comparisons to MJ hung in the silent, sanitized air around him.

He looked more like a guy leaving an empty office after a late night rather than one of the greatest basketball players of all time.

Like LeBron, many fans are in their own little worlds these days, and LeBron isn’t the only athlete going through huge moments in relative silence. The only spectators at baseball games are cardboard cutouts. The Stanley Cup was awarded in a bubble and there will be no parade, no chance for players to swim in fountains and chug beers out of the trophy the way Alexander Ovechkin and the Capitals did for three months straight in 2018.

October is always a huge month for the sports calendar. The MLB postseason is usually in full swing, hockey and basketball are gearing up to tip off, the NFL and college football are ripping through the regular season, and the WNBA Finals are wrapping up.

This year, the fall is stacked, but in a different way. We’re living in Sports Bizzaro World: the Masters will take place in a few weeks, the Kentucky Derby happened in September, and Big Ten football hasn’t even started yet. Major sports are winding down rather than starting up.

There’s something strange about endings without any idea of when the cycle can begin again.

Fans are spoiled — a Dodgers postseason game and a Lakers Finals game on the same day? What a treat! — and yet it all feels pixelated and distant, like having a beer with your best friend over FaceTime instead of a table.

I don’t believe that sports provide an escape from reality. They simply mirror it. But they do provide jolts of energy that can take fans outside of themselves. I never feel more alive than the moment I enter a stadium and I’m caught up in the cheers and music, the bright lights, the mingling smells of spilled beer and fried food.

It’s sensory overload in the best possible way, one that signifies fun, connection, and a fairly low stakes roller coaster of emotions (depending how much money you put on the game, of course).

Now, fans have to find the energy inside ourselves to remember being at a game, or what it was like to spot the fan on the broadcast who was about to become a meme.

The pageantry of sports has been stripped down. If a normal October is a scoop of full-fat ice cream that coats your tongue, this October is one of those fake ice creams where a whole pint is only, like, 230 calories and tastes a like cold styrofoam. You can eat the whole thing without feeling guilty, and I am. When it’s the only option, it tastes pretty great.

But it’s hard not to compare it to the real thing.

Don’t get me wrong — these championships will not mean less. Having sports at all is a godsend right now, and if anything, it’s more impressive for athletes to win trophies when they’re under the emotional strain that comes from operating in a world of uncertainty.

What the leagues have managed to pull off in terms of keeping players as safe as possible is impressive, and a hopeful sign of what other industries can do to operate.

Just because it’s happening doesn’t mean the viewing experience is easy to process, though. And it’s worth acknowledging the effort it takes. I commend anyone who can transport themselves into a headspace where a bad Broncos-Jets Thursday Night Football game is exciting simply because it feels close to normal. Old complaints are now sweet reminders of what was once and what will hopefully someday be again.

I love sports because they’re a version of adult make-believe. I, and I like to think many fans, become invested in storylines, in characters, in pretending that the scores of games are more than the outcome of a made-up, arbitrary set of rules we put in place years ago and have taken as gospel. They are a chance to play, to imagine, to predict.

This year, believing takes a little more effort. It’s also never been more worth it.