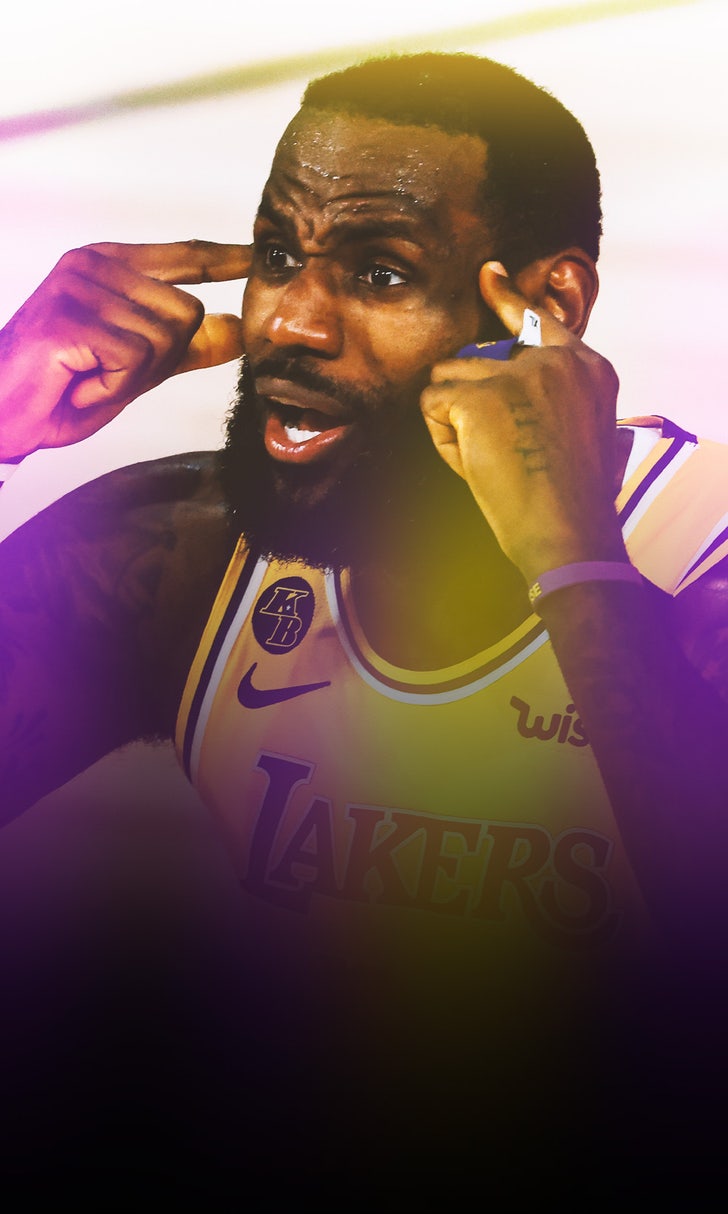 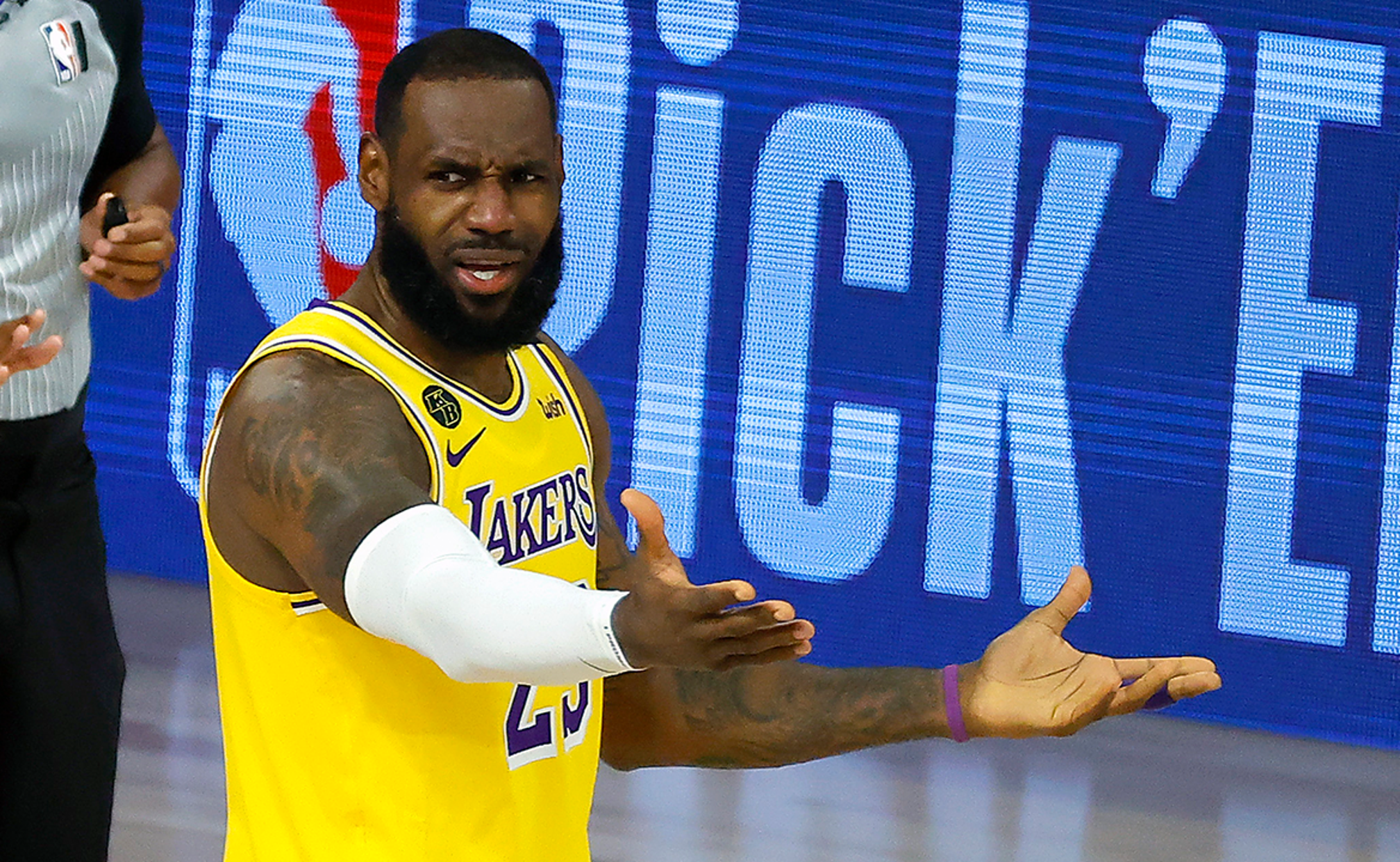 Despite clinching the No. 1 seed in the West this week, the Los Angeles Lakers fell to .500 in the NBA bubble on Wednesday night after losing 105-86 to the Oklahoma City Thunder, in a game in which LA never led.

But it wasn't just the nearly 20-point loss that caught the attention of the NBA world.

Following the game, Lakers superstar LeBron James provided some unexpected insight into the team's struggles, captured by Joe Vardon of The Athletic.

"LeBron gave a weird answer about this. He agreed that he and the Lakers were looking for a rhythm on offense. And then he said: "It’s just some things that you can’t control that’s here, that I really don’t want to talk about, that’s off the floor.” What did he mean? The food? The fishing? Tee times not abundant enough?"

Vardon said that after LeBron's answer, he decided to try to dig a little deeper with the King, but was unsuccessful.

"I wrote down on a piece of paper what I thought he meant and showed it to him, and his answer was “Hell, nah.” So, whatever. It was an interesting thing to hear and there is obviously something on LeBron’s mind beyond Davis and his other teammates bending the rim with the bricks they’re throwing up there."

After James made his statement, Lakers head coach Frank Vogel also chimed in.

Fans and pundits are clueless as to what could be going on off the court, but on the court, the Lakers appear to be struggling.

As of Thursday morning, LA ranked last in offensive rating among all bubble teams at 96.6 points per 100 possessions.

Against the Thunder, LA shot 35.6% from the field, their 2nd-lowest shooting percentage of the season, only trailing the 35.4% clip they posted on Saturday against the Toronto Raptors.

LA has shot below 40% from the field only four times this season. Two of those occasions have been in the past five days.

The Lakers also went 5-for-37 (13.5%) from three against OKC. In the bubble, they are shooting 25% from three, last place in the league by 5 percentage points.

In four bubble games, James is averaging 19.3 points on 42% shooting, compared to 25.7 points on 50% shooting before the restart.

As for his co-superstar, Anthony Davis is averaging 38.0 points, 10.0 rebounds and 4.0 assists in two bubble wins.

But against the Thunder, Davis scored only 9 points on 3-of-11 shooting, to go along with 8 rebounds and 5 assists in 29 minutes. And against the Raptors, he scored 14 points, shooting 2-for-7 from the field.

Shannon Sharpe cited AD's inconsistency as a concern for the Lakers, as the franchise pursues its 17th championship.

"The inconsistency is what's so frustrating. How does AD, in two wins, get 47 shots, and in two losses, get 18? ... The Lakers, even though they've won two games, they haven't really played that well. AD has played well in two games, but that's it."

And AD isn't the only one who is struggling to find a rhythm.

Against OKC, the Lakers' perceived third option Kyle Kuzma posted only 10 points and 3 rebounds, going 2-for-5 from the field in 27 minutes.

Kuzma is averaging 12.5 points this season, down from 18.7 points last season.

However, despite their struggles, the Lakers will at least be rested and healthy going into the playoffs, considering they clinched the top-seed in the West last week and can take precautionary measures over the next week.

And come playoff time, Chris Broussard believes LeBron and Co. will turn up the heat:

"We've seen him (LeBron) in the past at times struggle in the regular season, and then here come the playoffs and he turns it up. Do meaningless games really mean anything to him? He may just be coasting, getting himself in shape, trying to get other guys involved."

The Lakers will take on Houston on Thursday at 9 PM ET.

Bulls Hire Billy Donovan
Unemployment didn't last long for Billy Donovan, who was Tuesday hired to take the reins in Chicago.
10 hours ago