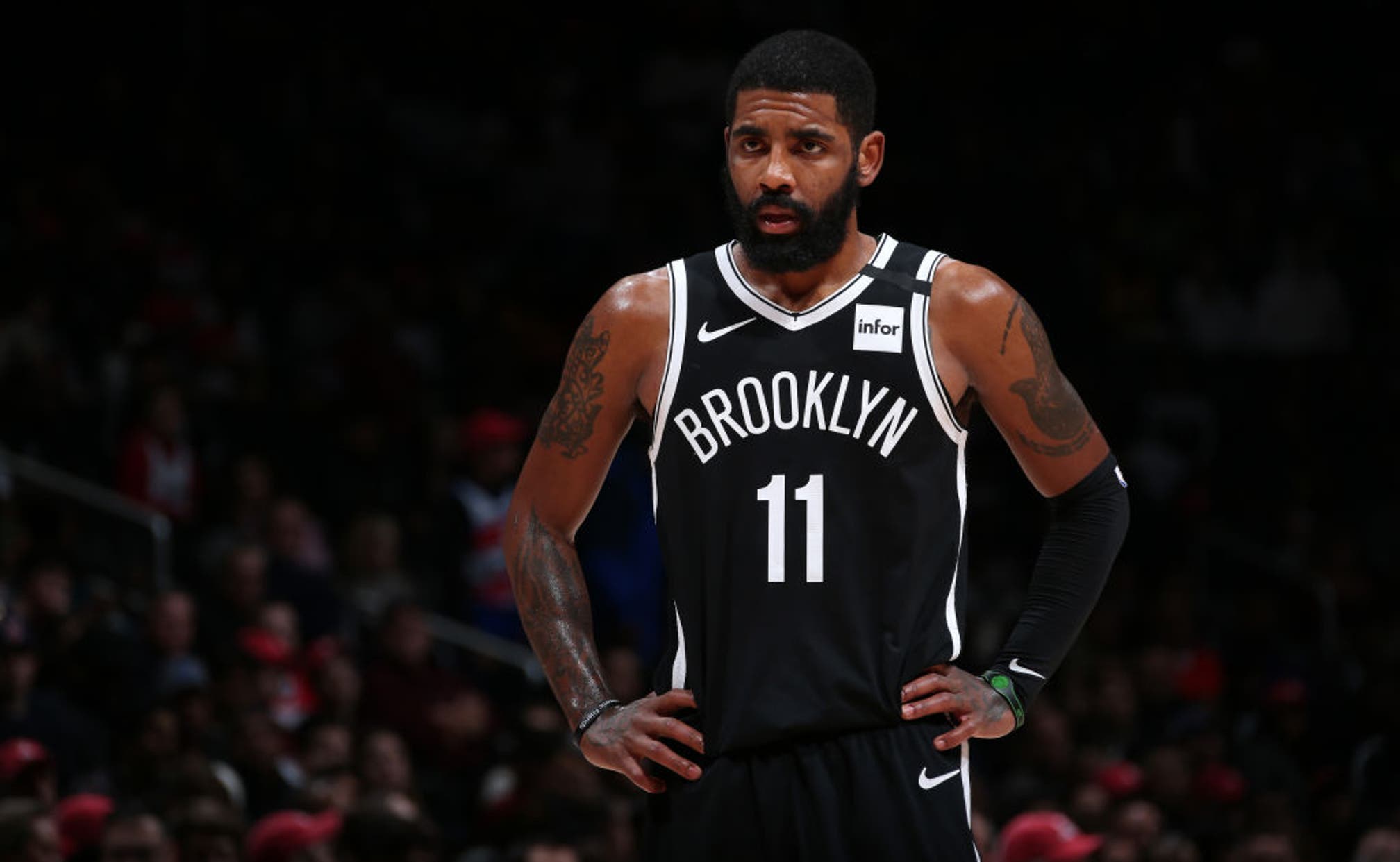 NBA All-Star Kyrie Irving is back in the news, for reasons not related to basketball.

Irving appeared on The ETCs, a podcast hosted by his Brooklyn Nets teammate Kevin Durant, to discuss a myriad of topics. But one Irving quote stood out more than the rest.

"One thing I have always been comfortable with is, I have felt like I was the best option on every team that I've played for down the stretch. This is the first time in my career where I can look down and be like 'that motherf****r can make that shot, too.'"

Of course, the question now becomes if Irving was taking a shot at former teammate LeBron James, whose Los Angeles Lakers are up 1-0 in the NBA Finals as of Wednesday night.

And even though Kyrie was quick to say he wasn't...

...it's hard to ignore the tenor of his comments.

James and Irving last played together with the Cleveland Cavaliers, where the duo won a championship in 2016, with Irving famously hitting the dagger three in Game 7, sealing a championship for the Cavs.

However, in the past, James has proven himself to be a worthy option down the stretch of games in the regular season and in the playoffs.

Remember this bucket back in the 2018 postseason?

What about back in 2015 against the Chicago Bulls?

In fact, over the course of his career, James has five playoff buzzer-beaters to his name – two more than Michael Jordan.

And while Irving might feel that he was the best option to take shots down the stretch before teaming with Durant, the numbers paint a different story about his time in Cleveland with James.

FOX Sports' Emmanuel Acho responded to Irving's comments on Thursday's Speak For Yourself.

Acho wasn't the only person to respond to Irving's comments, as evidenced by the social media reaction.

And it appears that James might have shared his take on Kyrie's comments as well.

The King was asked about his relationship with teammate Anthony Davis during a media session on Thursday and his response was an interesting one.

Irving and Durant won't get a chance to show their clutch genes until they take the court together for the first time next season.

But whenever the Lakers and Nets take the floor, expect fireworks – during the buildup, during the game, and potentially, during the post-game press conference.