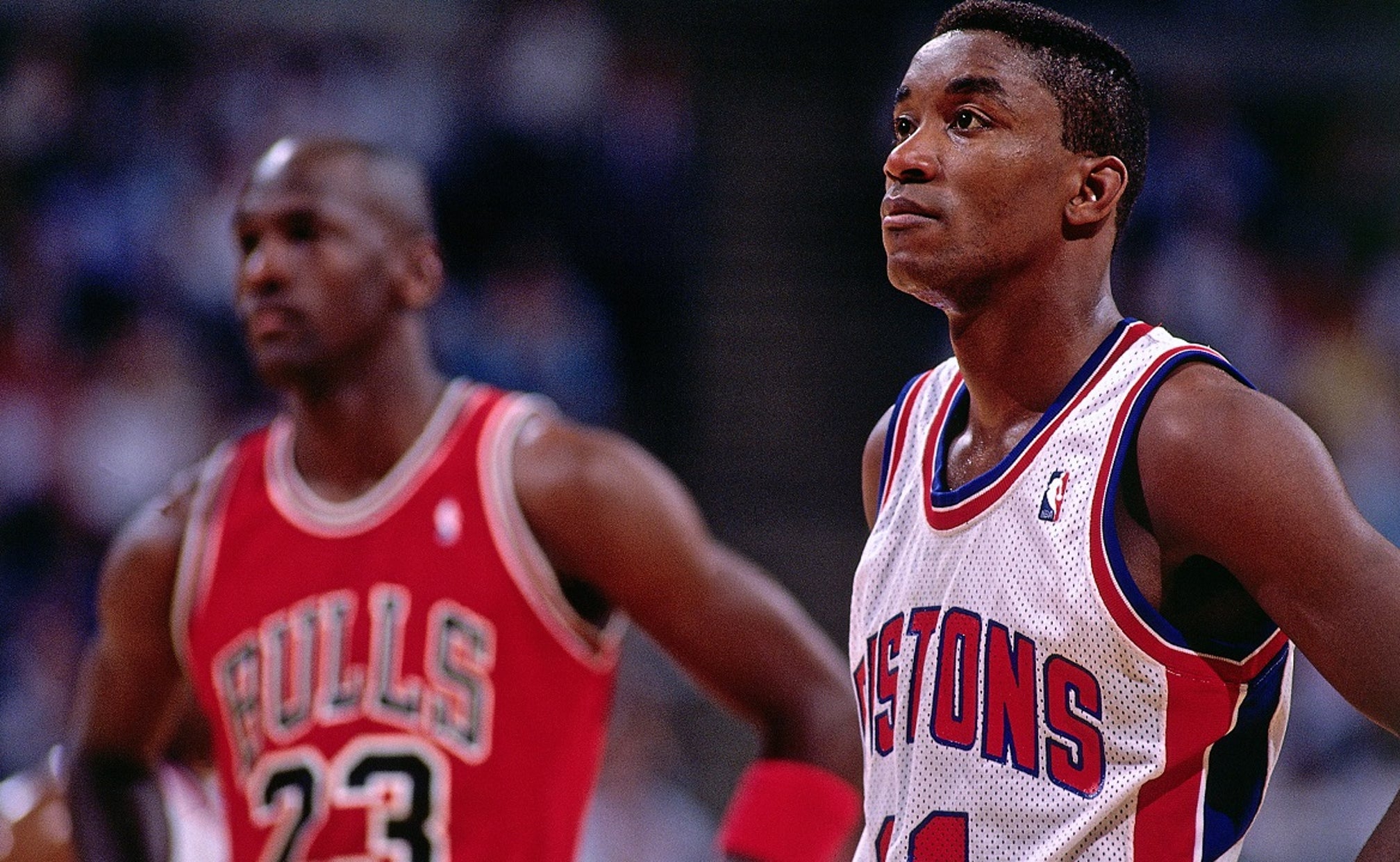 One of the talking points to come out of the latest pair of episodes of “The Last Dance” on Sunday was a furor that mightily maddened Michael Jordan, ignited a discussion about sportsmanship, or, if you’re a Detroit Pistons fan, was a whole lot of fuss about nothing.

If you are one of the tiny minority who hasn’t been glued to the show, a crash course in the ruckus follows: Jordan, having led his Chicago Bulls to a 4-0 sweep of the Pistons in the 1991 Eastern Conference finals, was shocked when Detroit’s players marched from the floor with time still remaining in Game Four without shaking hands. M.J. is still bothered by it, and some bad blood persists.

Yet this isn’t a story about Handshake-gate, Snub-gate, or Bill Laimbeer-gate — but more the spark for some curious thought. We care so much about sporting handshakes that we got riled up about a non-shake from nearly 30 years past; that much is clear from the chatter of the last few days.

But when will we see one again?

The longer the COVID-19 pandemic continues, the more various certainties become entrenched in our thinking. One is that when there is, indeed, a return to normal, it will be far from as simple as flicking a switch and seeing life as we knew it immediately restored.

In relation to sports, every indicator suggests that it will resemble other sectors of life, in that the rollout will be incremental. It is likely that we will see differing levels of safeguards and restrictions in place, until the coronavirus seems to have been extinguished or curtailed with a sense of permanency.

We will see sports in front of empty stadiums before we see them with crowds. Athletes will face certain restrictions on travel and training before they can resume their largely unfettered existence of before. As is already in place, National Football League teams will have to work within certain parameters when dealing with current and incoming players before a resumption of how business was previously done is considered.

So, what about the good old handshake? It was cast aside before actual games were – the English Premier League issued a decree banning pre-game handshakes on March 6, but did not shut down fully until a week later.

That might sound rather harsh, but Golf Digest has already pondered, with its sport due for an imminent return that seeks to adhere strictly to social distancing guidelines, that it might be time for the post-round shake to be sent the same way as anchored putters and persimmon.

“(Handshakes) are the superhighway of germs, an arena for baseless judgment, and an annoying obligation,” wrote Shane Ryan. “Get rid of them now.”

Handshakes are a funny thing, in some ways the ultimate sign of sportsmanship, but also sometimes an outlet for the opposite. Seeing two tennis players at the net who turn away from each other and show zero enthusiasm for a genuine clasp makes you feel they’d have been better off not bothering.

International soccer governing body FIFA have long encouraged the Fair Play handshake, but snubs have often provided newsworthy fodder. Luis Suarez was ignored by Manchester United players in the pre-game line after allegations of racism, while Chelsea’s John Terry got rebuffed by Wayne Bridge when he was accused of having an affair with his former teammate’s former girlfriend.

In Kentucky, a state athletic association discouraged post-game handshakes in 2013 after a series of fights broke out between rival schools. And that was long before all this.

It was just weeks ago that a stranger could pass by and sneeze, and the only feeling it conjured in us was a wish to say, “Bless you.” That’s not the case anymore, and it’ll take a while for that feeling to pass. Same thing with an extended hand.

But sports embraces the handshake like no other. As a journalist, every time you meet a player, athlete, or administrator, it is there. It is many things: a form of greeting, acceptance, acknowledgement, thanks or respect, important enough to seal a deal and casual enough to be a meaningless habit.

A firm but not too firm grip is seen as being a must for proper etiquette. At a recent World Cup, the lettuce-leaf limp handshake of a former senior administrator was a regular source of conversation and amusement among reporters.

If the handshake falls from social favor, what next? Fist bumps also requires human contact. Elbow bumps have become the rage, but no one seems to be able to do one without an ironic laugh to accompany it. A postgame bow would be a nice, classic and global touch, but can you imagine Tom Brady and Patrick Mahomes doing that when they meet at midfield after a playoff game?

Maybe. There is a lot we couldn’t have imagined before, but can now. Thankfully, things seem to be progressing to a point where we won’t have to contend with a world without sports much longer.

Quite what those sports look like, and what traditions and customs get lost or shifted in the restart, is still to be seen.