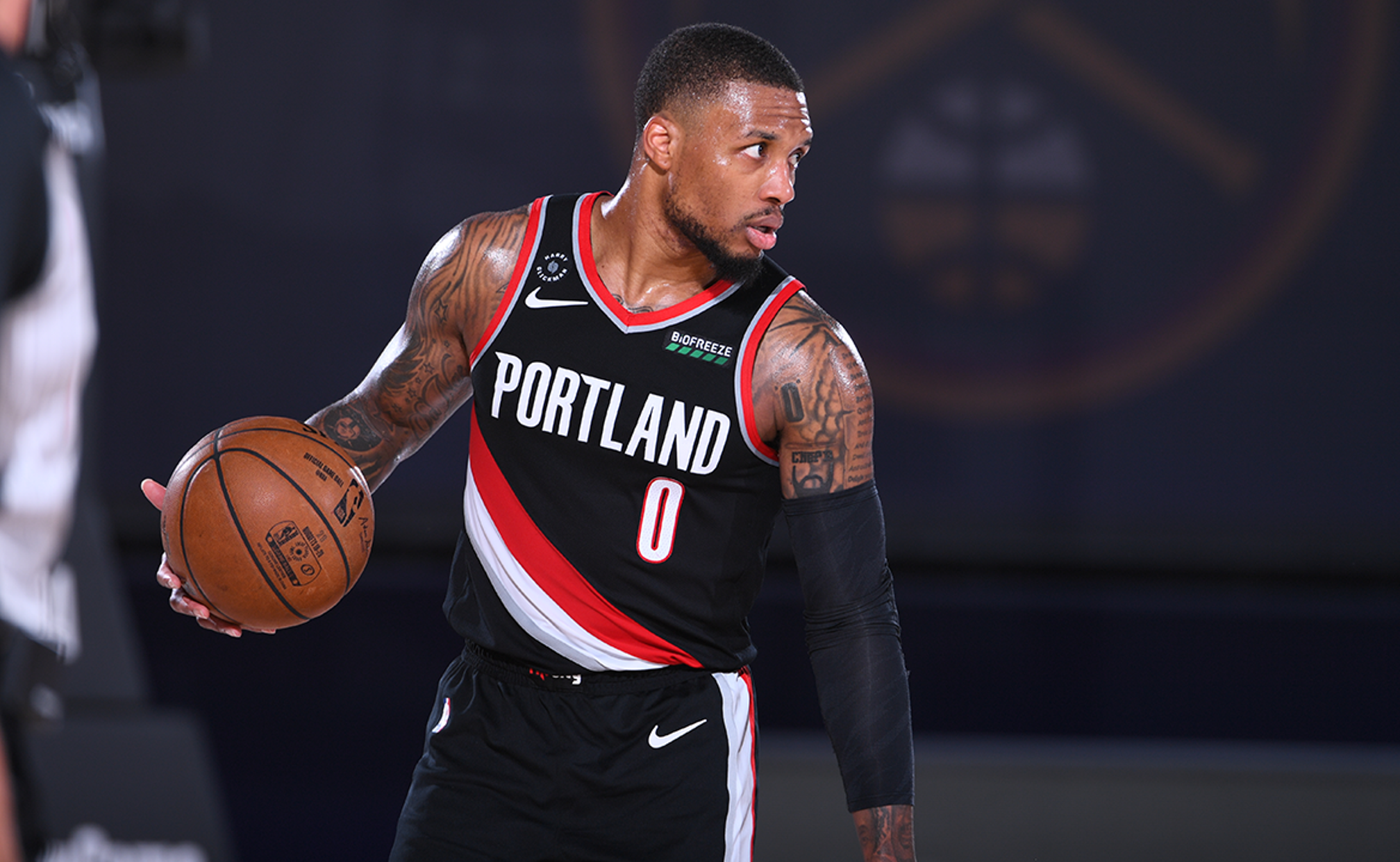 Thursday's NBA slate featured six NBA games which, capped off by a 113-97 win for the Houston Rockets over the Los Angeles Lakers.

Here are the Top 6 things you need to know from Thursday in the NBA:

1. If Milwaukee gets this Middleton...

After finding themselves down by 17 points at halftime, having given up 73 points to the Heat in the first half, Milwaukee flipped the switch in the final 24 minutes, behind their solidified superstar and their ascending one.

The Bucks got a typical MVP-caliber performance from Giannis Antetokounmpo, who recorded 33 points and 12 rebounds, but his offensive production was matched by All-Star guard Khris Middleton.

Middleton scored 33 points on 9-for-14 shooting and the Bucks have found significant success when Middleton has it going offensively, now sporting a 29-7 record when their All-Star guard scores 20 or more.

The win also secured the top-seed in the Eastern for Milwaukee, which is now 2-2 in the bubble.

2. The Phoenix Suns are blazing

Phoenix entered the Orlando bubble facing an uphill battle to get into the Western Conference playoffs, but a win over Indiana has the Suns off to a 4-0 start in seeding play, which now has them in the thick of the race for the 8th seed out West.

The Pacers and the Suns both entered the game at 3-0, and now, the Suns officially lay claim to the best record in the bubble through eight days.

3. Kings of the backcourt

In their win over the Pelicans, the Kings got huge performances from their starting backcourt of De'Aaron Fox and Bogdan Bogdanovic, as the two combined for 65 points.

And the 35 points scored by Bogdanovic represent a career-high for the Kings third-year guard.

The win pulls the Kings within 2.5 games of the 8th seed in the Western Conference standings with four games remaining.

While the Purple and Gold duo of AD and the King has been uneven so far in the bubble, the Clippers' tandem of PG and the Klaw is ascending at just the right moment.

After losing on a buzzer beater to the Phoenix Suns on Tuesday, the Clippers got back in the win column against Dallas on Thursday.

They did so on the backs of their superstar wing duo of Paul George and Kawhi Leonard, who combined to score 53 points.

The Clippers are only 2-2 in the bubble, but George and Leonard have individually scored at least 23 points in each game, and they have been the two leading scorers in each of the Clippers' four bubble contests.

The Portland Trail Blazers have found new life in the bubble, emerging victorious in Thursday's matchup with Denver and moving to 3-1 in their last four.

And their success is due in large part to superstar point guard Damian Lillard.

Lillard dropped 45 points on the Nuggets on Thursday, dishing out 12 assists in the process.

Dame is averaging 31.2 points per game in the bubble and the Blazers now sit only a half-game behind the Memphis Grizzlies for the final spot in the Western Conference playoffs.

The Blazers seem to be clicking at just the right time, and while Lillard and backcourt mate CJ McCollum have long represented one of the best guard tandems in the NBA, another smooth-shooting Portland guard has emerged in Orlando in the form of Gary Trent Jr., who is averaging 20.3 points over the last four games.

6. No stopping the bearded one

Another night, another chance for James Harden to score a lot of points.

The stepback was clicking, per usual, and even though the Lakers were playing without LeBron James, Houston was without Russell Westbrook, meaning both teams were left with only one superstar – Anthony Davis put up 17 points and 12 rebounds for LA.

When Harden scores at least 39 points this season, the Rockets are 20-3, and when he hits at least five threes, they are 25-4.

Lastly, Houston connected on 21 threes on Thursday, and in games this season in which they knock down at least 20 threes, the Rockets are 12-1.

Bubba Wallace & MJ Join Forces
In a stunning move, Michael Jordan is getting into NASCAR, with Bubba as his driver. Bob Pockrass explains all the details.
4 hours ago

Channeling His Inner Black Mamba
Anthony Davis saved LeBron and the Lakers with the biggest shot of his career. Was it clutch like Kobe, or a bit of luck?
11 hours ago