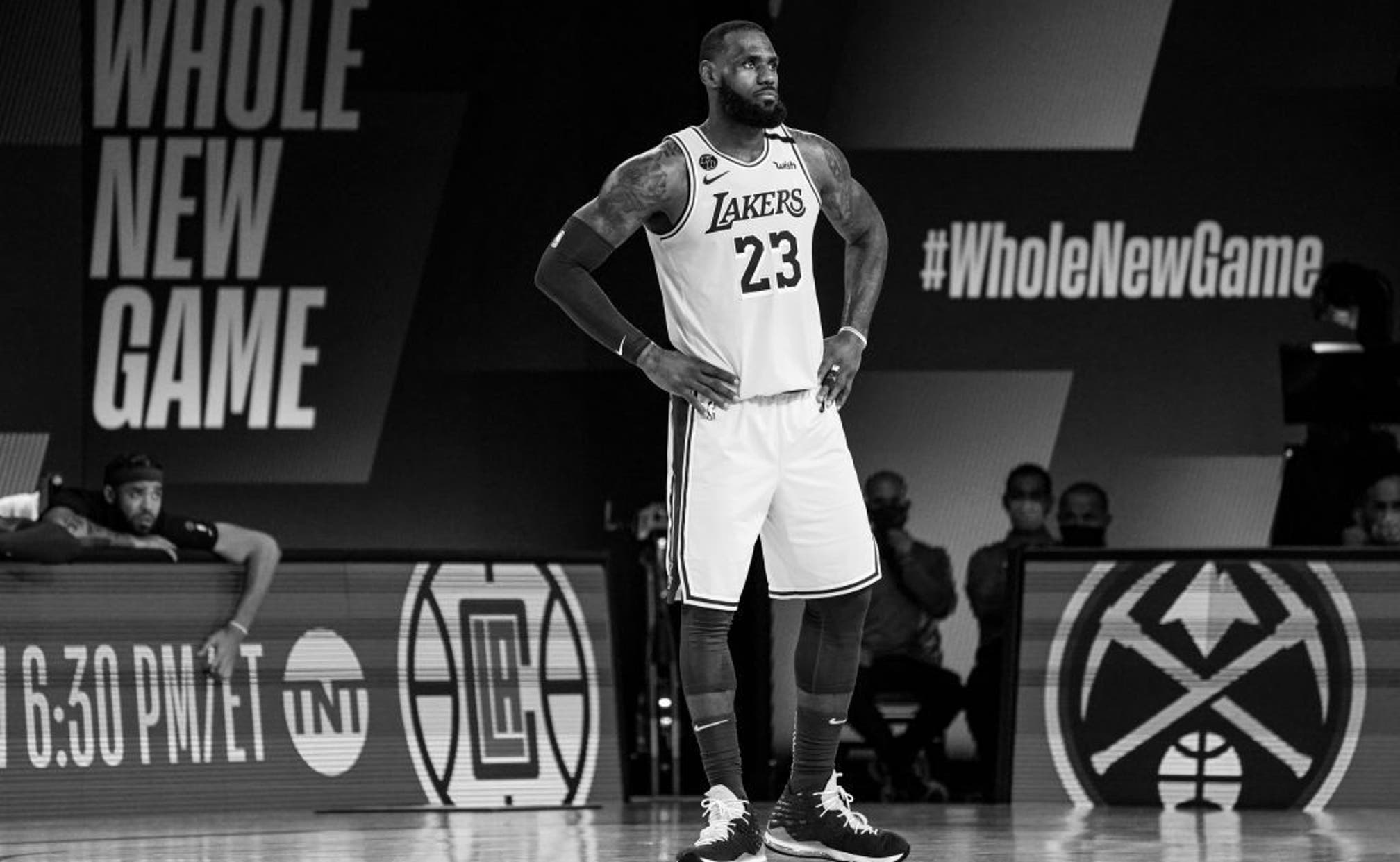 previous story
The Biggest Choke Job In NBA History?
next story
Fork In The Road For Giannis
National Basketball Association

LeBron James was unanimously selected to a 16th All-NBA team on Wednesday, which normally would be old news. It is his 16th time, after all.

The King made history with the honor, though, breaking a tie with Hall of Famers Tim Duncan, Kobe Bryant and Kareem Abdul-Jabbar for the most All-NBA selections in league history.

And that's just the start. His 13th first-team selection widens his lead over Karl Malone and Bryant, who both were honored 11 times.

LeBron had made 11 straight first teams prior to last season, when he was sidelined with an injury and fell to the third team, while the purple and gold missed the postseason.

Back on top at 35 years old this season, James showed off some new tricks, leading the NBA in assists for the first time in his career.

The King averaged 25.3 points, 7.8 rebounds and 10.2 assists per game in the regular season, as the Lakers finished atop the Western Conference.

And as you might imagine, Wednesday's honor adds to quite an extensive resume for LeBron already.

James ranks No. 3 in regular season career points with 34,241, behind only Malone (36,928) and Kareem (38,387). He holds 4 regular season MVP awards, tied with Wilt Chamberlain in third place, behind Michael Jordan and Bill Russell with 5, and Kareem with 6.

James rests at 8th-most all-time in wins (regular season and playoffs) with 1,003. Kareem, who lasted 20 seasons in the league, holds the records with 1,228 career wins.

LeBron has continued to make history this postseason, too. In the first game of the playoffs for the Lakers against the Portland Trail Blazers, James joined Magic Johnson as the only other player to record a triple-double in their first playoff game with a franchise.

Then in Game 3 against the Blazers, James etched his name in the record books for third on the list of most three-pointers in playoffs history with 375 threes. He bagged four buckets from deep, capping the evening with 38 points.

He passed Klay Thompson, and now trails behind Ray Allen by 10 while Stephen Curry leads with 470.

That was a good night for the King, as he also won his 158th postseason game, moving into the second spot for most career playoff wins all-time.

James surpassed Tim Duncan and is now tied with another Lakers great, Derek Fisher, for the NBA record with 161 playoff wins after his victory over Houston in Game 5.

Game 5 punched LeBron & Co.'s ticket to the Western Conference Finals. If the King can reign supreme, he has the chance to break even more records in the NBA Finals.

He has a shot a becoming the first player to win his third title and third Finals MVP with his third franchise, after the Miami Heat and Cleveland Cavaliers.

Meanwhile, LeBron wasn't the only one to make history on Wednesday. His other half, Anthony Davis, also made the first-team cut along with James Harden, Luka Doncic and Giannis Antetokounmpo.

It's the 13th time two Lakers have been voted on the All-NBA first team together. Kobe Bryant and Shaquille O’Neal most recently achieved the honor for the team for three consecutive seasons from 2001 to 2004.

21-year old Doncic was the the sixth player to make All-NBA at that age or younger, joining Kevin Durant, James, Duncan, Rick Barry and Max Zaslofsky.

And he earned the honor in just his second season in the NBA, becoming the first player to do that since Duncan in 1998.

Still, he has a long way to go to catch The King.

Meet Miami's Unsung Herro
A 20-year-old sharpshooter from Wisconsin took the NBA by storm on Wednesday. Who is he and what's his potential?
5 hours ago

Nuggets Of Wisdom
For almost every team, down 2-1 in the conference finals to LeBron would be a must-win. Not for Denver, Martin Rogers explains.
20 hours ago

Super Herro Makes History
The Heat are on the verge of the Finals thanks to Tyler Herro, who joined Magic Johnson with one record and broke another.
20 hours ago

'I Want to Win Tomorrow'
NASCAR's newest team owner, Michael Jordan, sat down with Bob Pockrass to explain his move into the Cup Series.
1 day ago
those were the latest stories
Want to see more?
View All Stories
Fox Sports™ and © 2020 Fox Media LLC and Fox Sports Interactive Media, LLC. All rights reserved. Use of this website (including any and all parts and components) constitutes your acceptance of these Terms of Use and Updated Privacy Policy. Advertising Choices. Do Not Sell my Personal Info