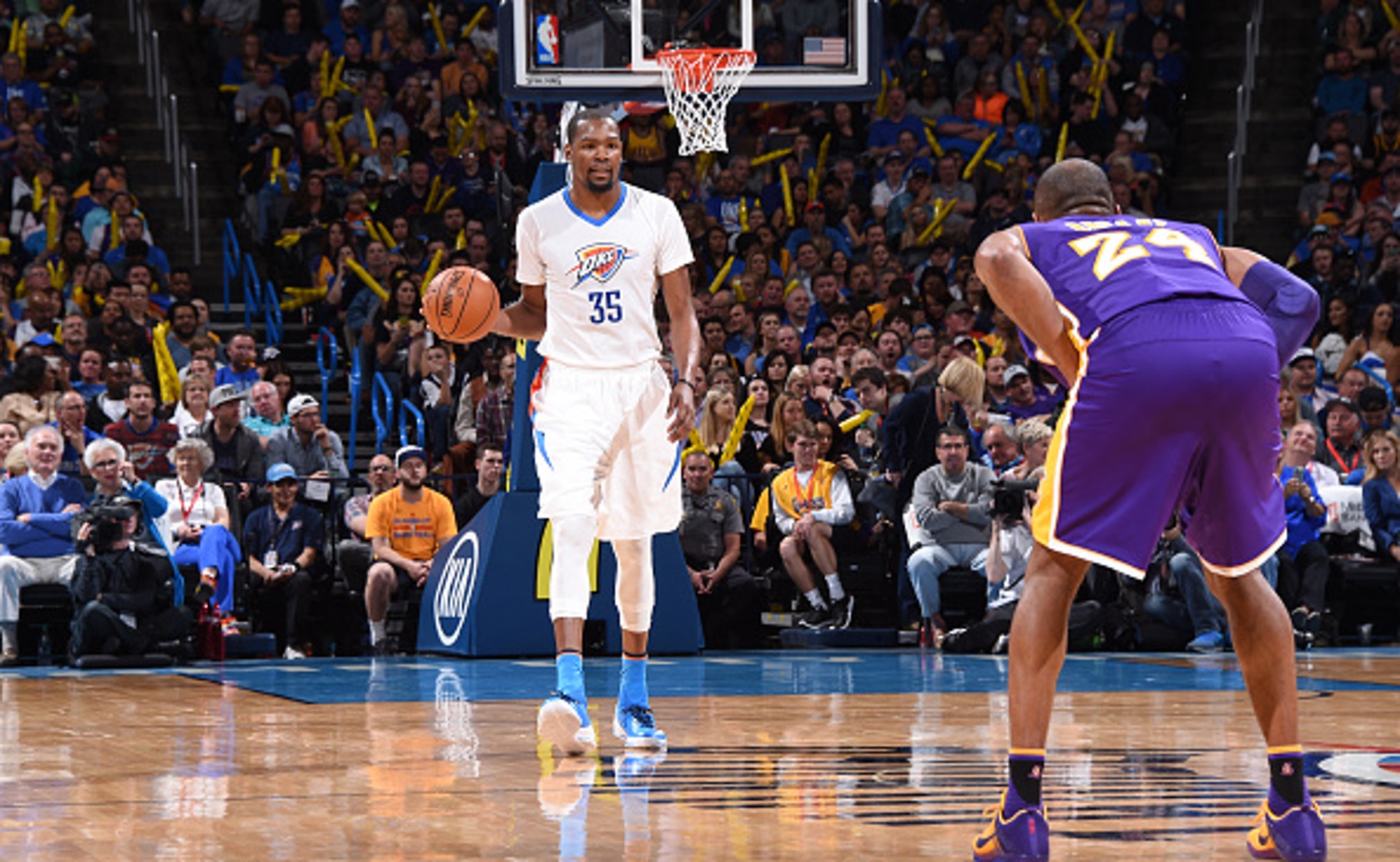 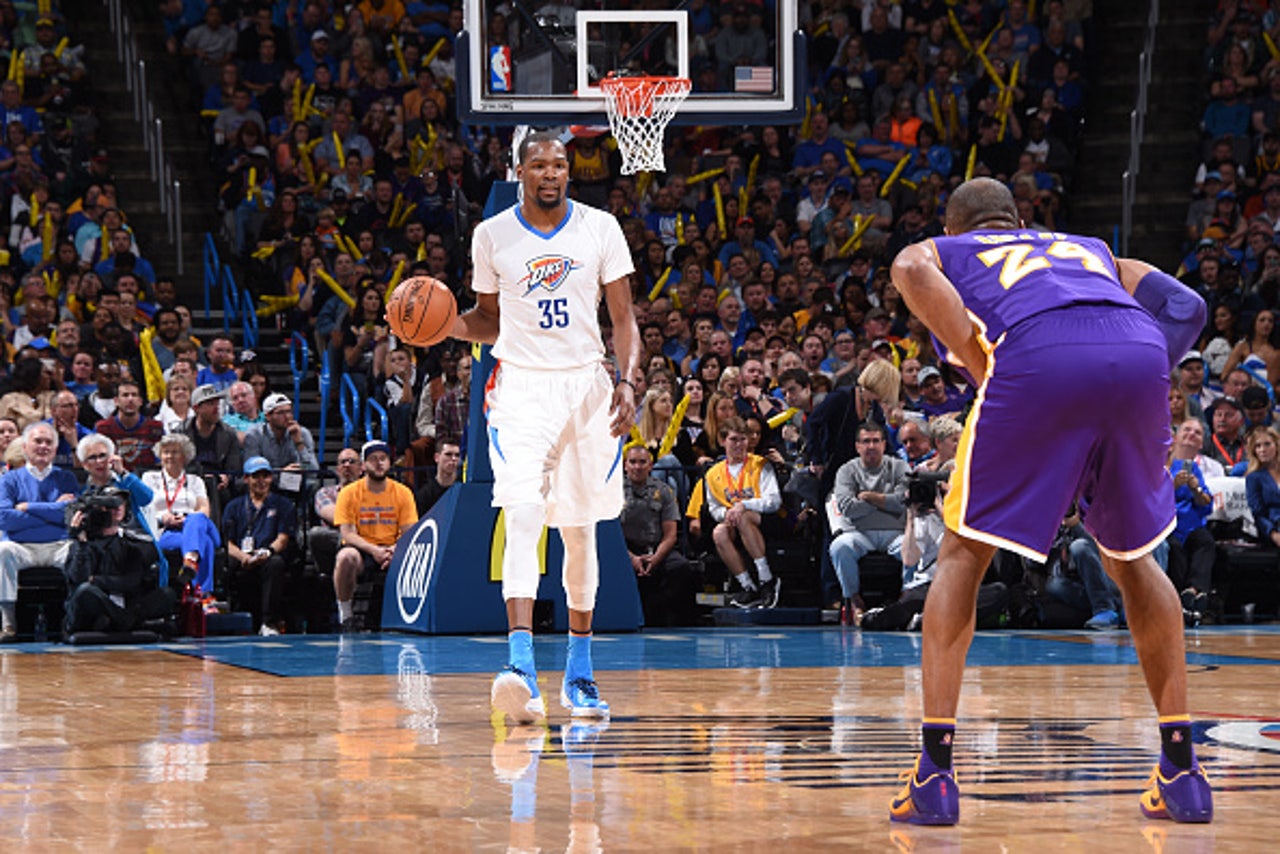 The most surreal scorer in the NBA is Golden State Warriors point guard Steph Curry. But Kevin Durant is the most consistently devastating. A pillar for the Oklahoma City Thunder organization, Durant gets his no matter what defenders try to do, and doesn't need screens or the confines of an unselfish system to put him in the best situation possible on a nightly basis.

This in no way is a knock on Curry, but merely a nod to Durant, who's having an incredibly efficient season as one of the league's most heavily-leaned on superstars.

And against Kobe Bryant's Los Angeles Lakers on Monday night, Durant dropped 34 points, scoring at least 20 in his 64th game in a row:

Kobe on Durant and his 20-point streak: pic.twitter.com/CVRTOVElhO

For what it's worth, Curry's longest streak of scoring at least 20 points is 14 games, which he pulled off earlier this year (unsurprisingly) from opening night until November 20.

But greatness doesn't stop at Jordan. Wilt Chamberlain, Oscar Robertson and Connie Hawkins all surpassed his 72-game 20-point streak back in their respective primes; Kareem Abdul-Jabbar's all-time high is 71.

Durant can't set the all-time record this year, but there's a good chance he smashes it next season. No matter what jersey he's wearing.