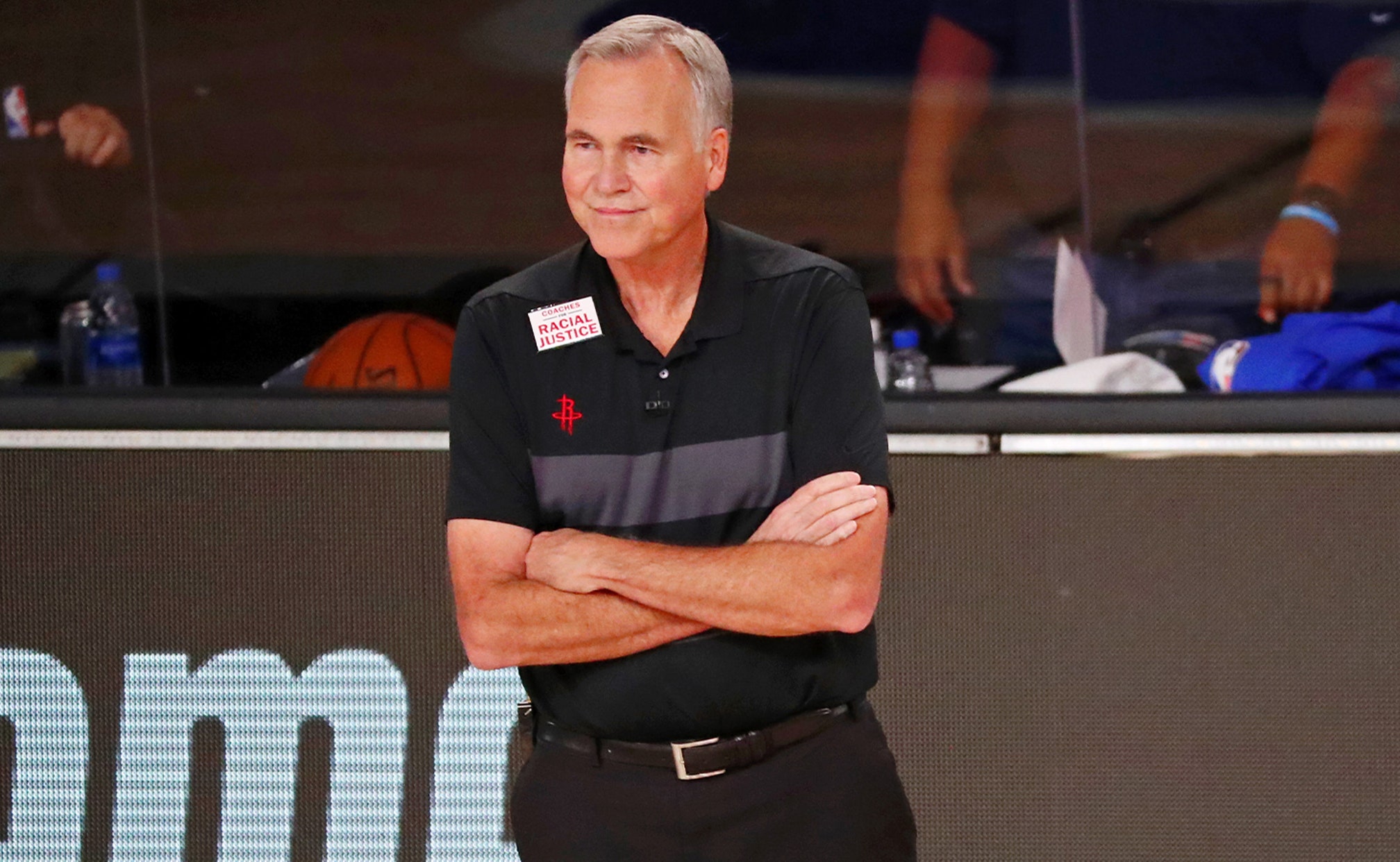 The Houston Rockets will be looking for a new head coach next season.

Mike D'Antoni, whose contract expired when the Rockets exited the playoffs on Saturday, told the team he's not returning and will become a free agent, according to ESPN's Adrian Wojnarowski.

The 69-year-old D'Antoni released a statement thanking the Rockets and their fans and said he's looking forward to "a new chapter."

His 217 wins are second only to Rockets legend Rudy Tomjanovich's 503 victories for Houston.

The Rockets made the playoffs in all four years of the D'Antoni era, going 28-23 but failing to make a Finals appearance.

Houston's most recent playoff run came to an end in Game 5 of the Western Conference semifinals, where the Lakers romped to a 119-96 win to claim the series 4-1.

As for where D'Antoni could wind up next, Wojnarowski reports the Philadelphia 79ers, who parted ways with Brett Brown a few weeks ago, are expected to be in the mix.

Meanwhile, Dallas Mavericks assistant Stephen Silas is a name to keep an eye on for the Rockets position, per SI's Chris Mannix.

Former NBA star Sam Cassell, who won two titles with Houston, is also reportedly in the running for the Rockets.

All five men led their teams to the playoffs this season but will be looking for work elsewhere next season and beyond.