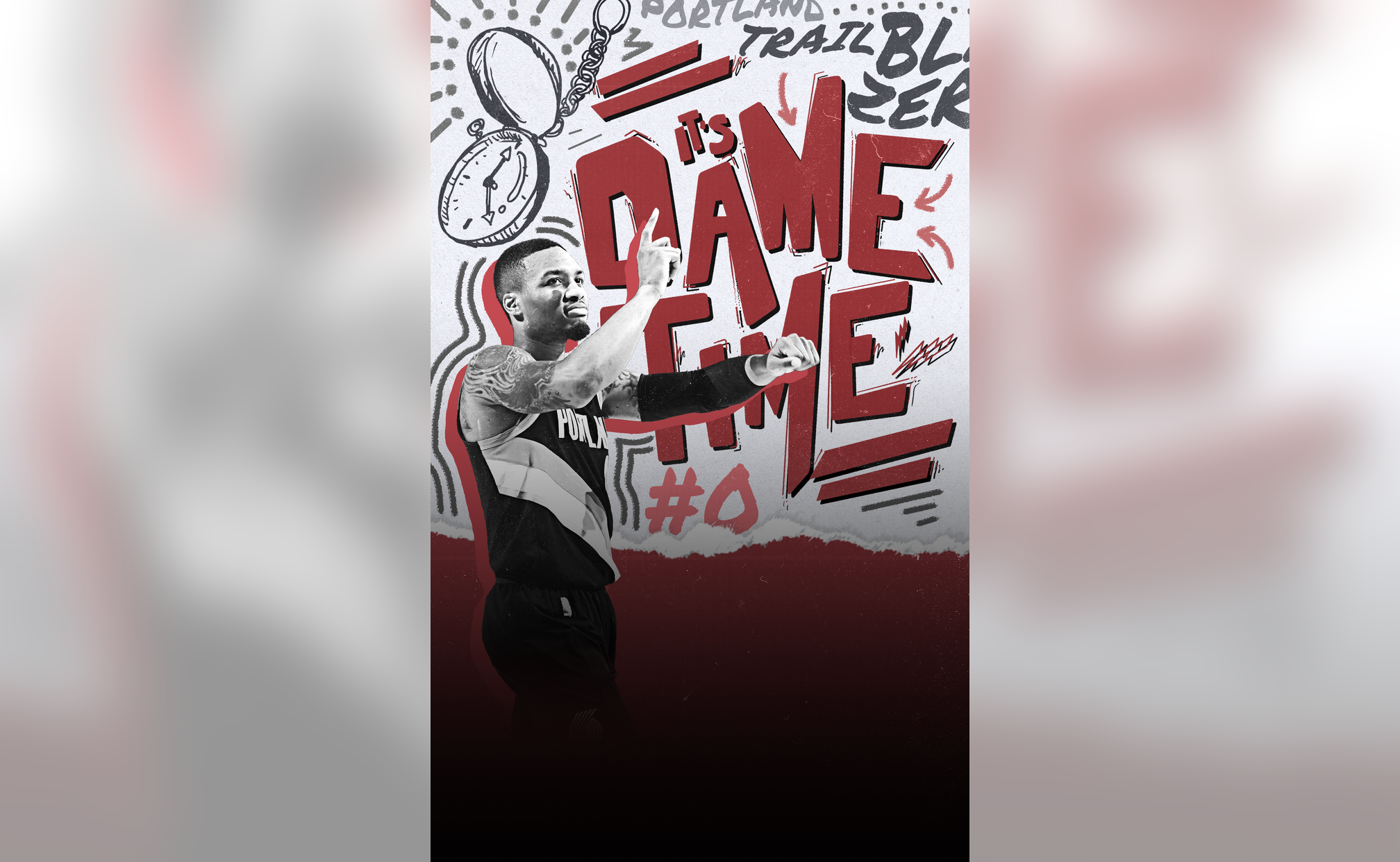 Looking too far ahead is a dangerous game in the NBA, not just in the bubble, but at any time. And yet, we do it time and again, rarely more so than in this shifted season where everything spins around Orlando and everyone is still figuring out the new norms.

The earliest that the Los Angeles Lakers and Clippers could meet in the upcoming playoffs would be nearly 40 days from now, with a week’s worth of regular season games and two postseason rounds to navigate before that seismic series could come into reality.

Yet while it feels destined that an epic tussle for supremacy takes place between those heavyweights, a lot can happen to derail the most fantastic of all fantasy matchups. Indeed, one of the biggest emerging threats to the battle of Tinseltown looks to be just around the corner.

No, we’re not stuck in a time warp here, but Carmelo Anthony is firing and dangerous – and the Portland Trail Blazers are brewing into a unit that absolutely no one will relish facing in elimination basketball.

LeBron James and Anthony are firm, long-time friends. They came into the league at the same time, were jointly part of countless All-Star Games and collaborated on three Olympic teams. While James was always the bigger star, they were both NBA elites, until Anthony’s dramatic drop-off over the past couple of seasons.

Yet after a failed stop in Oklahoma City and an embarrassingly short one in Houston, Anthony has emerged as a surprising force behind the surging Portland Trail Blazers, who are gunning for the eight seed and then wherever the journey takes them.

“I'm surprised he got this opportunity when it looked like the league had given up on him,” FS1’s Nick Wright said on First Things First. “I'm not surprised he is making the most of it. He deserves his damn flowers from everyone in the media at large who acted like he could no longer be a viable NBA player.”

Slimmed down, comfortable at small forward and brimming with motivation, Anthony has thrived as the Blazers have heated up. Having Jusuf Nurkic and Zach Collins back from injury means Portland perhaps benefited most of any team from the layoff. Couple that with Damian Lillard catching fire, much like he did in the playoffs last season, and this is a dangerous team, for anyone.

Anthony’s best performance came against the Rockets on Tuesday, blocking P.J. Tucker late in the fourth before drilling a three-pointer. Having started the bubble hoping to lock up ninth and secure a play-in game against the Memphis Grizzlies, Terry Stotts’ team is now hunting down the final seeded position.

“Everybody just had something to say,” Lillard told reporters, when asked about the team’s acquisition of Anthony. “How he is in the locker room and all these things, why it didn't work out with these other teams. But he came to us, and he was laid back, a good teammate, good for our younger players. On the floor, he's talking whether he's having a good or bad game. Just all about the team.”

A streaking potential first round opponent would not seem like such a big deal had it not been for the dismally slow start of the Lakers. LeBron James bagged a game winner on the first night back, but there has been little of substance since.

The Lakers went down to the Rockets, the Thunder and the Toronto Raptors, all by double digits, and both James and his collective teammates have struggled to find their shooting touch.

“It’s just some things that you can’t control that’s here, that I really don’t want to talk about, that’s off the floor,” James said, somewhat puzzlingly, when asked about the offensive troubles.

It is hard to know what to make of this. James has always been a bit of a slow starter and despite all his physical work during lockdown, he is 35. Also, the reality is that the Lakers only had to do a minimal amount of work to seal their one remaining task, booking the No. 1 seed, and even that has minimal value with no home court factor in play.

So yes, expect to see a more motivated James when crunch time arrives. But for now, the visuals don't necessarily back up the FOX Bet odds of favoritism. The Lakers are currently listed at +250 to win this year's NBA title, which makes them the co-favorites along with the Milwaukee Bucks.

“Then look at the lovely Blazers who have a brand new team. But … LeBron. But … Anthony Davis. Sure (but Portland) has multiple ways to beat you. I would be very nervous (for the Lakers).”

As enjoyable as the NBA return to action has been and as thankful as the sports world is that the bubble seems to have provided an effective seal against COVID-19, it is impossible to predict how the end of this tilted campaign will be affected by all the new realities.

Some will thrive, others may falter. Few have found their stride as suddenly and emphatically as Anthony, who was welcomed into the Blazers fold by co-stars Lillard and CJ McCollum.

If Portland finishes the job and forces their way into the bracket, an issue will arise in trying to figure out who can guard James. Trevor Ariza opted out of the restart and a fully firing James may be too much to handle.

Even before that, the Blazers still have some work to do. And no matter what recent form says, L.A. would still be a heavy favorite. Yet Portland would be a live underdog, with more hope than they could have initially bargained for and no shortage of hunger.

Basketball fans will continue to gaze ahead at tantalizing prospects on the horizon, but a first round gem is taking shape right before us.

Celtics Live To Fight Another Day
Jayson Tatum is building quite a reputation, while the Heat officially have a problem. Here's what happened in Game 5.
11 hours ago

The Man, The Myth, The Legend
Chris Broussard can't say enough about the dominance of Wilt Chamberlain in the latest edition of "You Kids Don't Know."
23 hours ago

The Kentucky Effect
The final four NBA teams have one thing in common. And it's a great sign for supporters of Big Blue Nation.
23 hours ago