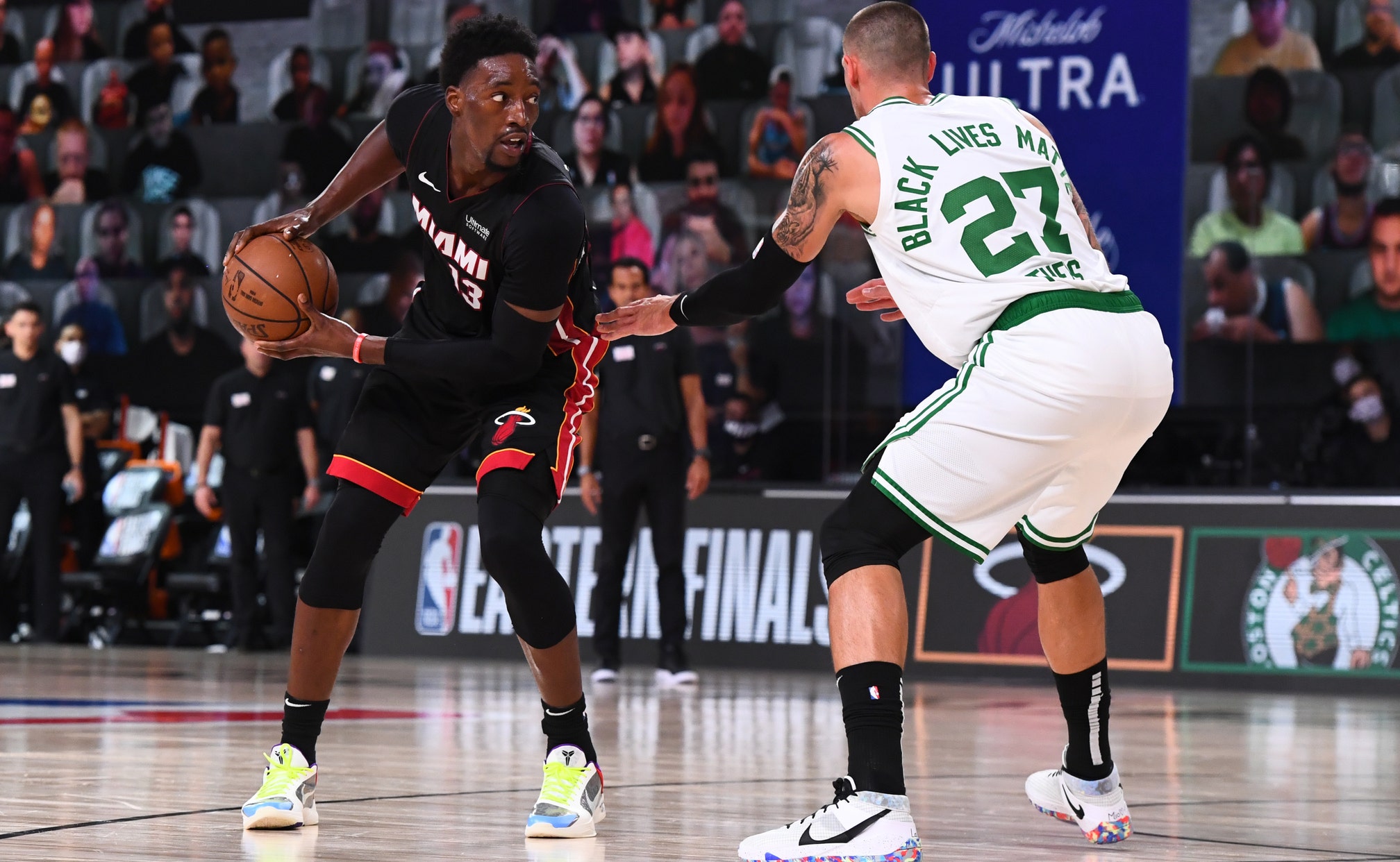 It's official: LeBron James will face his former team in the 2020 NBA Finals.

The Boston Celtics were not able to stave off elimination for the second time in three days, as Miami closed the Eastern Conference Finals in six games.

Here are the key takeaways from Sunday's Game 6:

Adebayo spent the better part of the fourth quarter at point guard for the Heat, establishing and running Miami's offense to perfection.

The first-year All-Star finished the game with a playoff career-high 32 points to go along with 14 rebounds and 5 assists, and at one point in the final frame, he had scored or assisted on 11 consecutive points.

2. Heat burn it up in the fourth

Coming into the fourth quarter, Miami led by just two points, and with 6:16 left, the game was tied at 100.

Then, Miami brought the heat.

The Heat went on a 16-2 run over the course of the next four minutes, connecting on seven of their final eight field goal attempts.

Despite the shortening of the regular season due to the COVID-19 pandemic, the Lakers and Heat were able to meet twice this season – once in LA and once in Miami.

LA's dynamic duo of LeBron James (25 points) and Anthony Davis (26 points) led the way, and were the only two Lakers players to score in double-figures.

Jimmy Butler and Adebayo combined to score 33 for Miami.

The second matchup took place in Miami on Dec. 13, and the Lakers once again emerged victorious, this time by a score of 113-110. Davis scored 33 points to pace the Lakers, and James pitched in 28 points, 12 assists and 9 rebounds.

Game 1 between the Lakers and Heat is scheduled for Wednesday night.