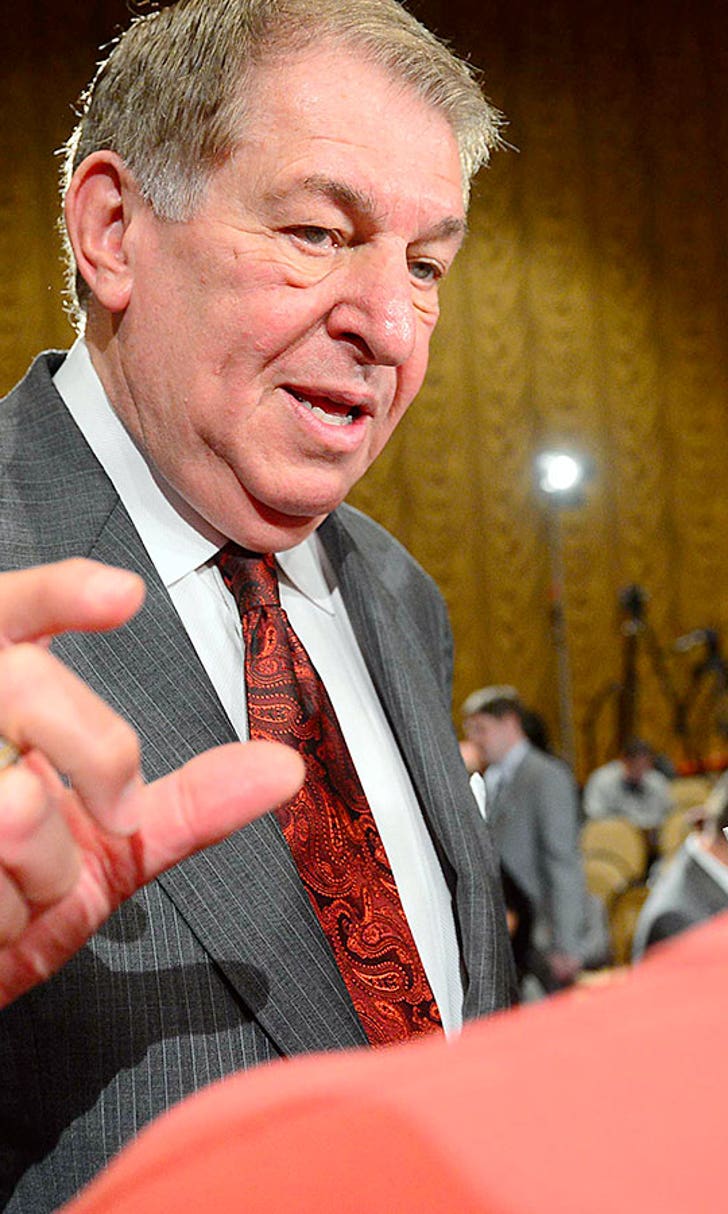 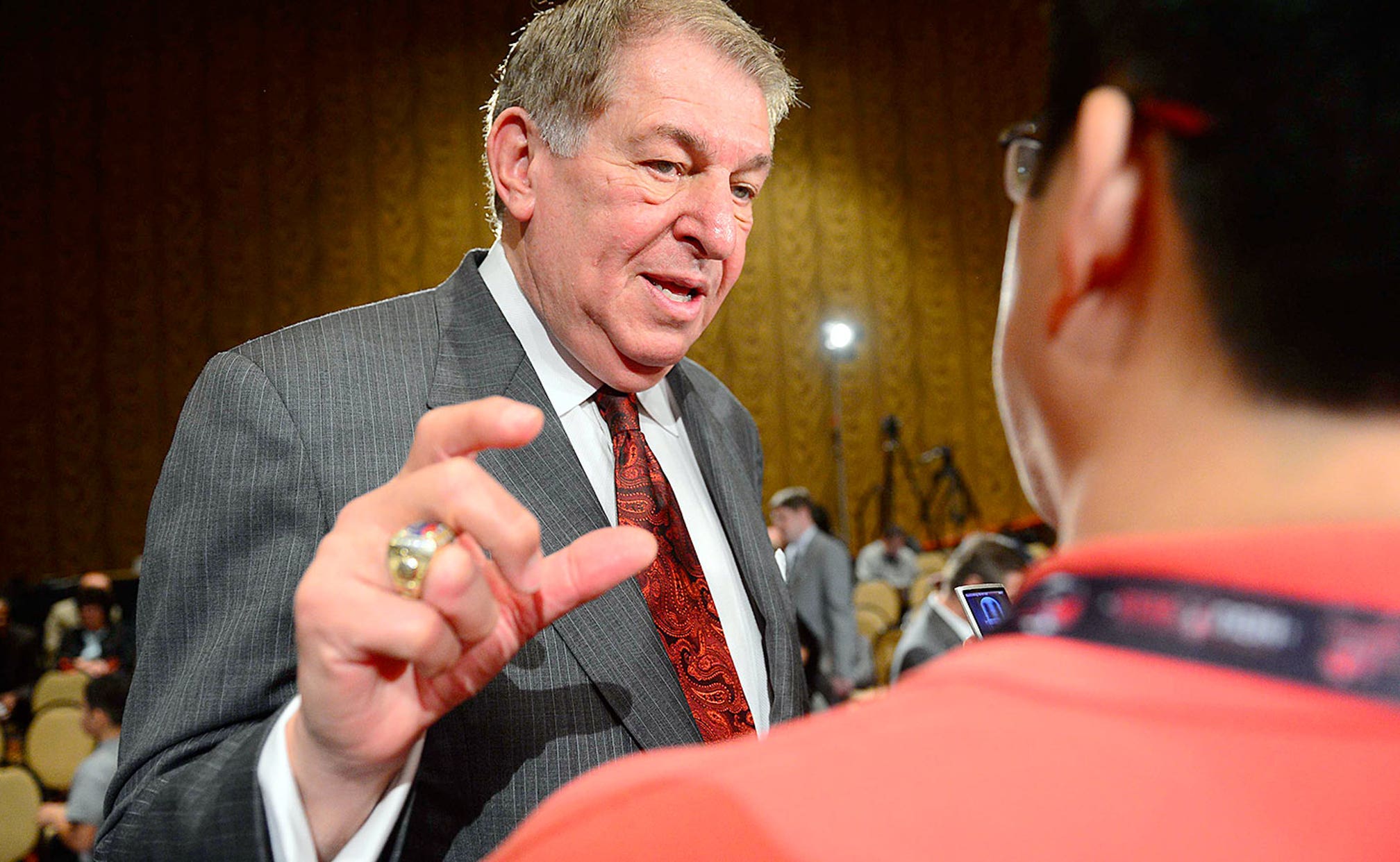 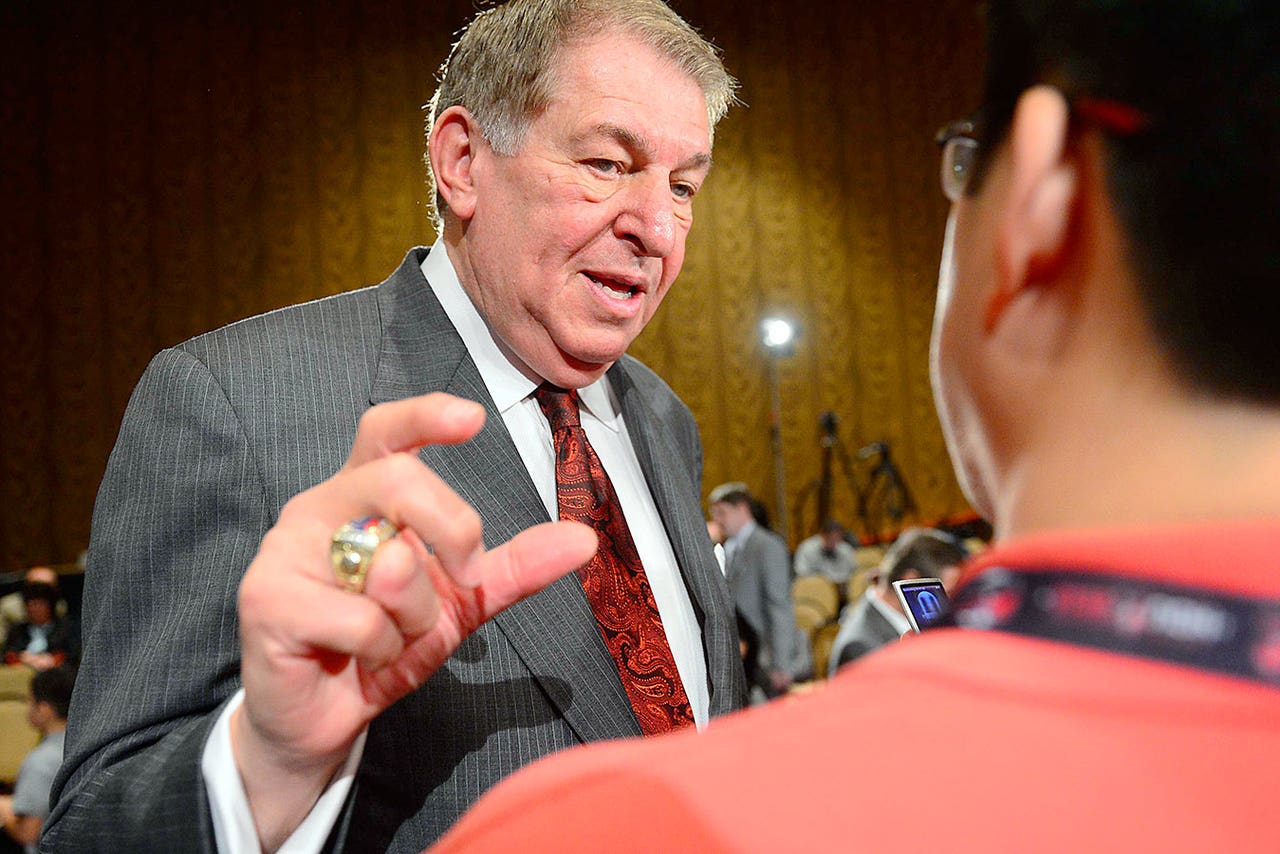 PHILADELPHIA -- Home in Arizona, Jerry Colangelo served as a willing mentor to NBA owners who called for advice.

Philadelphia 76ers owner Josh Harris wanted more than an opinion on what was wrong with his failing franchise.

Harris asked Colangelo to fix -- and save -- the Sixers as part of the front office.

"He was reaching out for help," Colangelo said, "and I responded."

In a surprising move designed to shake up a franchise sunk in a grueling rebuilding process, the 76-year-old Colangelo accepted Philadelphia's SOS and was named chairman of basketball operations on Monday.

Colangelo, the chairman of USA Basketball, also will serve as an adviser to team ownership.

Colangelo had a long career with the Phoenix Suns, serving as coach, CEO and general manager, among other roles. He was also on the NBA's board of governors. He was inducted into the Naismith Basketball Hall of Fame in 2004 as a contributor, considered one of the most influential owners in NBA history.

"What I see here is, there's a lot that needs to be done," Colangelo said.

He'll face one of the stiffest challenges of his career, steering the Sixers from the bottom of the standings toward their first championship since 1983.

Colangelo's arrival also marks a concession of sorts that team president Sam Hinkie's plan -- known in Philly as both "The Process" and "Tankadelphia" -- of gambling on lottery picks to eventually build a contender was moving at a glacial place.

Hinkie remains president and general manager, and the Sixers spun the news as the front office working as part of a collaborative relationship. But Hinkie's days of absolute power -- and public invisibility when crisis hits the organization -- are over.

"I think I can offer a lot of mentoring to Sam," Colangelo said.

Among Colangelo's first major moves is expected to be a contract extension for third-year coach Brett Brown. The front office loves Brown's teaching, patience, and leadership in guiding the team through the worst era for a franchise that has served as the home of Julius Erving, Wilt Chamberlain, Moses Malone and Allen Iverson.

Brown's four-year deal was set to expire at the end of next season.

"We are in deep discussions with my own contract," Brown said. "This is where I want to be."

With Harris' approval, Hinkie set course in 2013 to gut the team of veteran talent for a dip in the standings over several seasons with the wildly optimistic expectation that the franchise will rise into title contention within the decade.

With losing streaks that rank among the worst in professional sports history, the process has been a slow and painful one that sent fans fleeing the Wells Fargo Center.

"I wish it would go faster," Harris said. "Hopefully, Jerry will allow us to make it go faster. But our goal remains the same, we want to be an elite team."

"I don't want to give you a false sense of comfort that it's going to be an immediate turnaround," Harris said.

Based on how some other teams fare, the Sixers could have four first-round picks in the 2015 draft. They also have a state-of-the-art practice facility set to open next year in Camden, New Jersey.

"I think we're ready to go to the next phase," Harris said.

Hinkie said he was pleased to use Colangelo as a resource.

And a miserable season.

While no one predicted playoff contention, Harris expected the Sixers would have more than one victory in the second week of December. The franchise also suffered a PR hit last month when Okafor, the No. 3 overall pick out of Duke, was attached to a string of off-court incidents that included reckless driving and a fight in Boston. Okafor, who returned Monday night from a two-game suspension, now has team security with him when he goes out.

"There needs to be some support within the organization around the players," Colangelo said. "There seems to be a void of leadership, player-wise."

Harris reached out to Colangelo almost two weeks ago about joining the franchise, and he brings some heavyweight credibility to the front office.

Colangelo, who arrived in Phoenix in 1968 to take over the expansion Suns as the youngest general manager in professional sports, also helped bring major league baseball and the NHL to the city.

The championship may be the end goal in Philadelphia. But winning games would be a nice start for the woebegone franchise.

"We're not crying for patience," Colangelo said. "But the reality is, in terms of where the team is today, it's going to take some additional patience. Hopefully, the payoff will come. And if the payoff comes, it will be more than worth it."

AD Beats Buzzer to Overcome Denver
The biggest shot of Anthony Davis' career catapulted the Lakers to a 2-0 lead over Denver in the Western Conference Finals.
13 hours ago