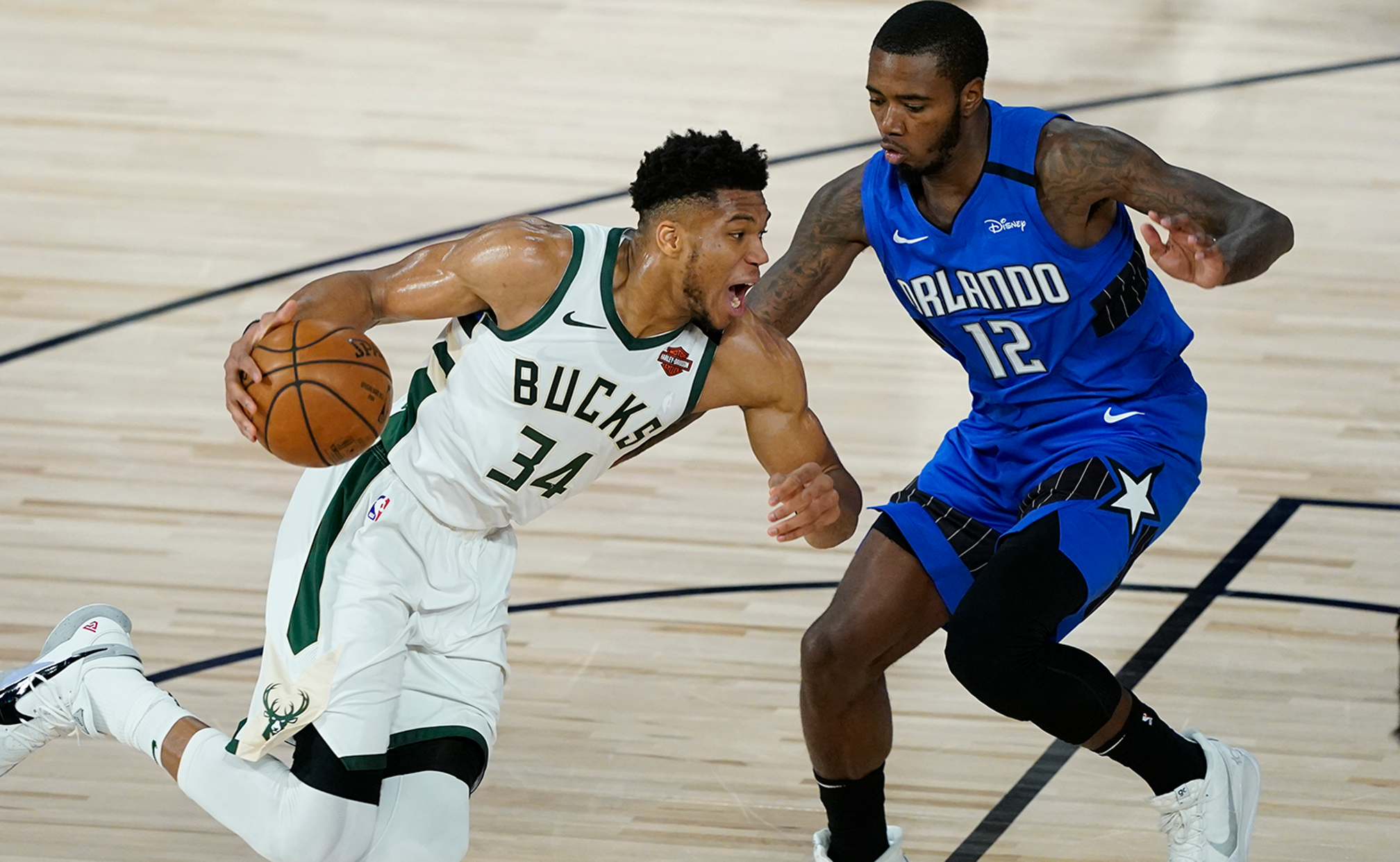 The Milwaukee Bucks now have a stranglehold on their first round series with the Orlando Magic, after securing a 121-106 victory in Game 4 on Monday.

Here are 3 Takeaways from this Eastern Conference first round matchup.

Heading into the fourth quarter, it appeared as if Monday would represent another rough outing for All-Star Khris Middleton.

Middleton was 1-for-9 from the field through three quarters and had scored 3 points, while the Bucks held a slight 84-81 lead going into the final 12 minutes.

Middleton scored 18 points in the fourth on 6-for-10 shooting from the field, including going 3-for-3 from three-point range.

The Bucks are now 24-8 when Middleton scores at least 21 points this season.

The Bucks out-rebounded Orlando, 49-43, and it once again paid dividends for the Eastern Conference's top-seed.

Reigning NBA MVP Giannis Antetokounpo recorded 15 rebounds, and he's recorded 15 or more in each of the last three games in this series.

Milwaukee is 24-5 this season when Antetokounmpo grabs at least 15 rebounds.

3. Where is Evan Fournier?

During the regular season, Evan Fournier was the Magic's second-leading scorer at 18.5 points per game, while shooting 46.7% from the field and 39.9% from three-point range.

But so far against the Bucks, it has been a struggle for the Magic's star shooting guard.

Fournier scored 12 points while shooting 4-for-14 from the field and 3-for-9 from three-point range.

Two Sides to a Title
Pat Riley can't help but wonder what the 2020 NBA Finals would have looked like if both squads were at full strength.
21 hours ago