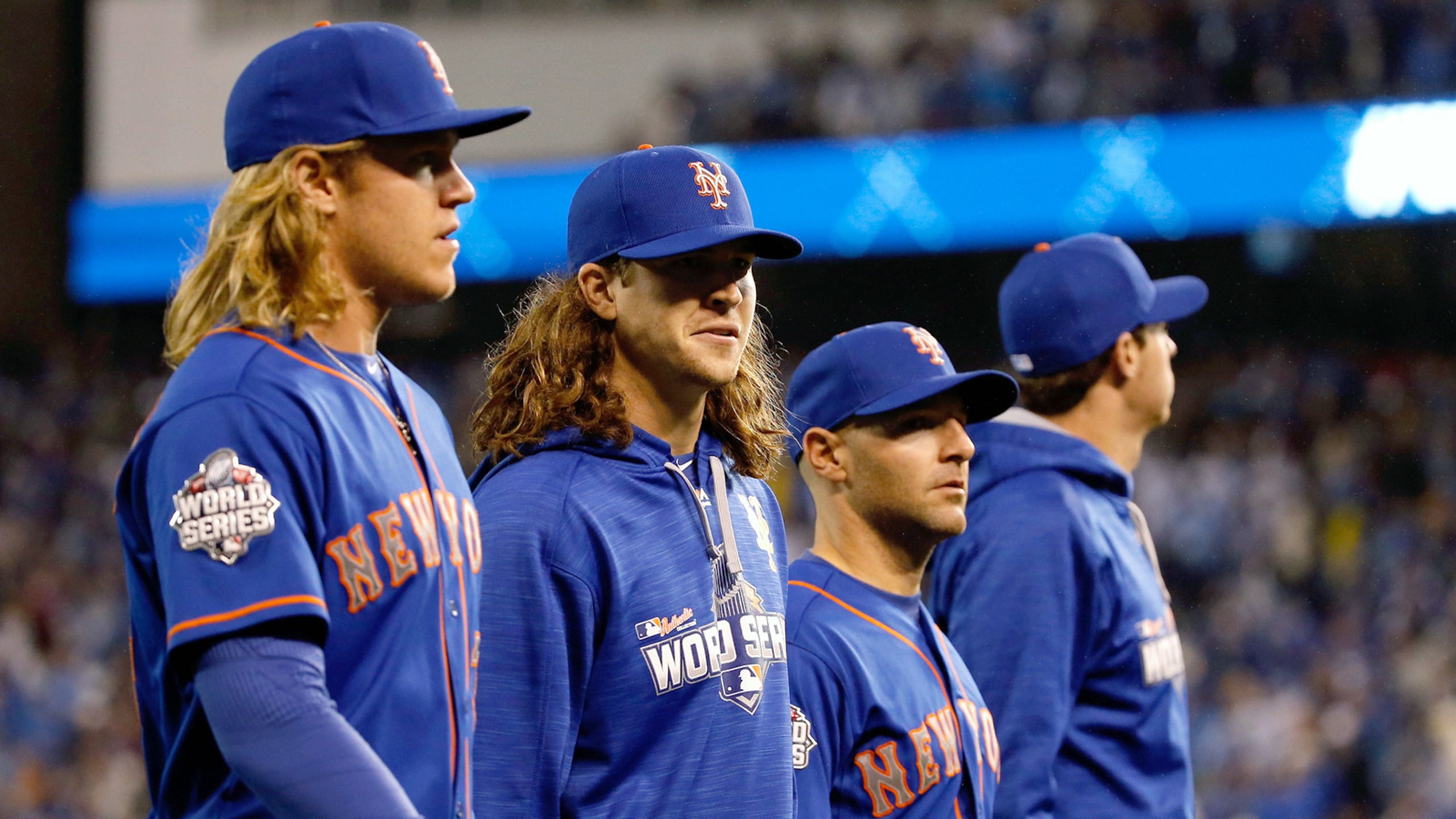 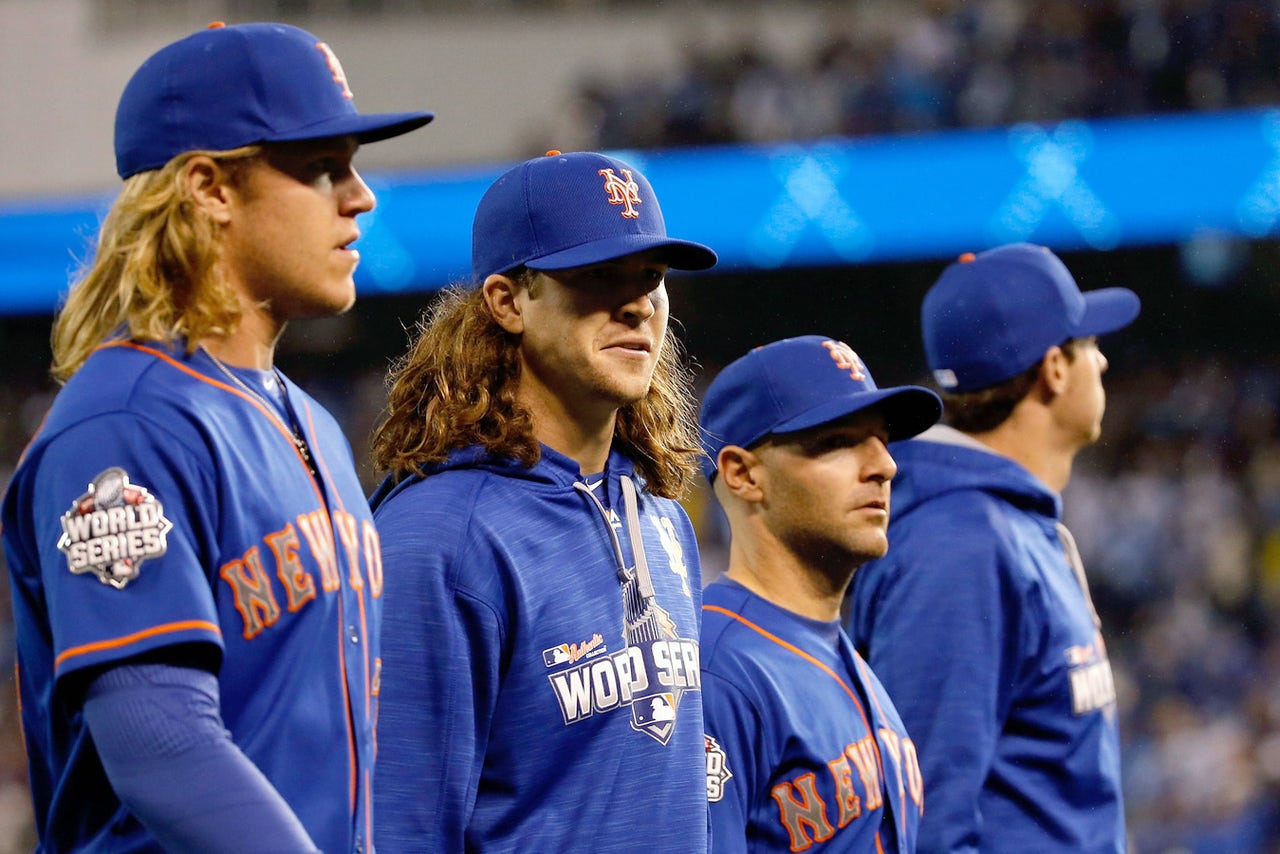 Despite Noah Syndergaard being a rookie, the New York Mets have a lot of faith in the right-hander. Just how much, you ask? Enough to have him open the World Series.

As manager Terry Collins fielded questions on the Mets' off-day on Thursday, he revealed that he and New York's coaching staff were talking about starting the 23-year-old in Tuesday's Game 1 of the World Series in lieu of Matt Harvey.

"When we won in Chicago, we sat on the plane, and his name was mentioned to open up the World Series," Collins said Thursday. "That's how well we think he's pitching. So, we got great confidence in him tomorrow night."

Syndergaard has started twice for the Mets in the postseason, and also pitched a scoreless inning of relief in Game 5 of the NLDS against the Los Angeles Dodgers. His relief appearance is what particularly impressed Collins about his development in his rookie season.

"Everybody was talking about how his struggles on the road were an issue. He had either bases loaded or two guys on with [Yasiel] Puig at the plate, 3-2 count, in a count where you got to throw a breaking ball," Collins recalled. " … He threw the slider that struck him out.

Collins and the Mets are hopeful that Syndergaard continues to deliver in pressure situations in the postseason, as Friday's Game 3 is essentially a must-win for the Mets, who have fallen down 0-2 in the World Series.

"I think he's come a long way," Collins said. "As much as you'd like to go to that crusty veteran guy who's been here, who's done it, to help bail you out of the whole that you're in, we're not asking that. We're asking this kid to go out and to pitch his game – and his stuff should play."