The NBA has a bad reason for wanting to speed up games, but should do it anyway

The NBA wants to speed up the end of games, and is studying the possibility of limiting the number of timeouts in the final two minutes of games.

This is a good thing. Their logic for doing it? Or at the least the one they're selling to the public? It doesn't make any sense.

Here's NBA Commissioner Adam Silver talking about the pace of play to a group of reporters in London:

“It’s something that I know all of sports are looking at right now, and that is the format of the game and the length of time it takes to play the game,” Silver said. “Obviously people, particularly millennials, have increasingly short attention spans, so it’s something as a business we need to pay attention to.” 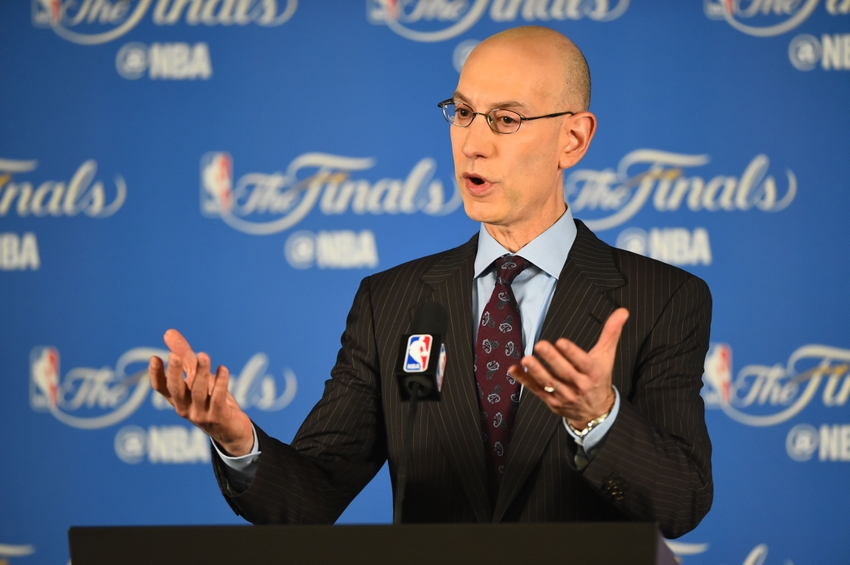 This is the go-to explanation for why sporting events need to be shortened: Millennials and their Snapchat have no attention spans! That's the problem!

It's a silly argument. The ends of NBA games have been too long for decades. That was true when there was basic cable and it's true now. It's true for Gen Xers and baby boomers and tweens and everyone else. The ends of games can be interminable. There are timeouts, game stoppages, substitutions, intentional fouls, official reviews. They can go on forever.

On top of this, there are more entertainment options than ever before. Multiple screens (not just for Millenials, but for everyone) are available, and a thousand plus channels and all the rest. Placing it all on one demographic may make for a nice PowerPoint slide, but it's ridiculous. I've heard people complain about the pace at the end of NBA games since I was 6 years old, which happen to be right around my first conscious memories of watching basketball.

The good thing is: The NBA is doing something about it. They've already chopped time off games, mostly by looking at in-game stoppages that were built in by the league. The majority of the time getting chopped off is in the first three quarters, with the fourth quarter staying flat, most likely due to the addition of replay.

And they're eager to do more. This is a good thing. And even if the logic used to get there is faulty -- the argument that "Millennials all have ADD and no one else does!" doesn't make any sense if you think about it for more than two seconds -- it's a good result. NBA games with their many timeouts and intentional fouls, have always been a pain to watch at the end of games. The NBA should be thinking about how to fix that, for all of the fans, no matter the demographic.

Return Of A Dynasty?

Return Of A Dynasty?
The Warriors have the NBA's best record and are expecting Klay Thompson back soon. Melissa Rohlin looks at how good this team can be.
3 days ago
National Basketball Association

NBA Ups and Downs
Twenty games into the season, Melissa Rohlin looks at the teams that have surprised us so far — for good and for bad.
5 days ago
National Basketball Association

Five Fixes For The Nets

Five Fixes For The Nets
Yaron Weitzman breaks down what needs to happen for the Brooklyn Nets to live up to their title potential this season.
5 days ago
National Basketball Association

The NBA Revolves Around The Suns

The NBA Revolves Around The Suns
The Phoenix Suns don’t have a problem. They are a problem — for everyone else in the NBA, Martin Rogers writes.
6 days ago
those were the latest stories
Want to see more?
View All Stories
Top Leagues