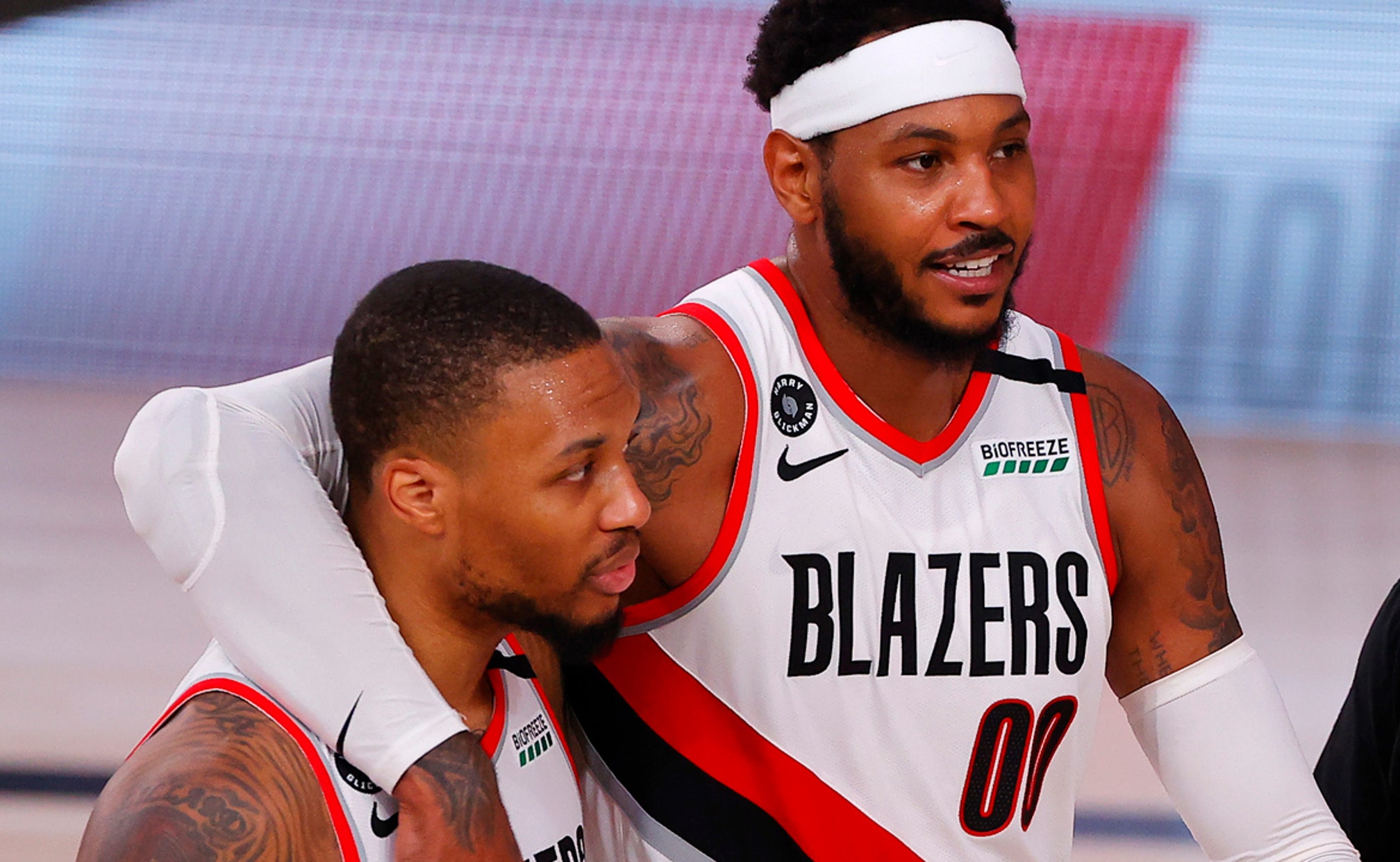 Unbelievable as it might be, this was the last Sunday of the NBA regular season. By next weekend, the league will be on to the play-in round — and more on that in just a moment.

The Brooklyn Nets wrapped up the night with a 129-120 win over the Los Angeles Clippers despite 39 points from Kawhi Leonard, who went off for 11 points in just over two minutes early in the 3rd before Los Angeles faded.

Here are the Top 6 things you need to know from Sunday's 7-game slate:

1. It's never a bad time for Lillard Time

Whether he drew inspiration from his recent social media back-and-forth with the Clippers or not, Damian Lillard scorched the Sixers, dropping 51 points for his fifth 50-point game of the season.

With under 3 minutes remaining and Portland trailing by 2, Lillard came up with a massive 4-point play, then drilled a 3 on the next possession to put Philly to bed.

The win puts the Blazers within a half-game of the eight seed in the West.

Carmelo Anthony poured in 20 points of his own for Portland, surpassing Paul Pierce for 15th in all-time regular-season scoring along the way.

3. Injury woes continue for the Sixers

Philadelphia kept Portland close despite losing Joel Embiid in the first quarter to an ankle injury. The injury appeared to occur on a play where he made contact with the basket stanchion:

Coach Brett Brown could not say after the game whether Embiid would miss further time.

4. Zion's rookie season could be coming to a close

New Orleans' rookie standout played 27 minutes, his most game-time in the bubble, but a slow start doomed the Pelicans to a loss at the hands of San Antonio and elimination from playoff contention.

With two games remaining, there were reports the team could shut Williamson down for the remainder of the season, although coach Alvin Gentry did not comment on those rumors.

5. The playoffs get an extension

Memphis' 108-99 loss to Toronto ensured the Western Conference will have a play-in round, as the postseason picture began to crystallize.

The Pelicans and Kings were both eliminated Sunday, leaving the Grizzlies, Blazers, Spurs and Suns all fighting for the eighth and ninth seeds in the West, which will then go head-to-head for the final playoff berth.

6. Raptors clinch the 2-seed with a milestone

A 40-point second quarter helped lift Toronto to the Atlantic Division title and win No. 50 on the season, the fifth straight year the Raptors have eclipsed that magic mark:

The record for most consecutive 50-win seasons belongs to the San Antonio Spurs at 18, dating from the year after the lockout shortened 1998-99 season until 2016-17.