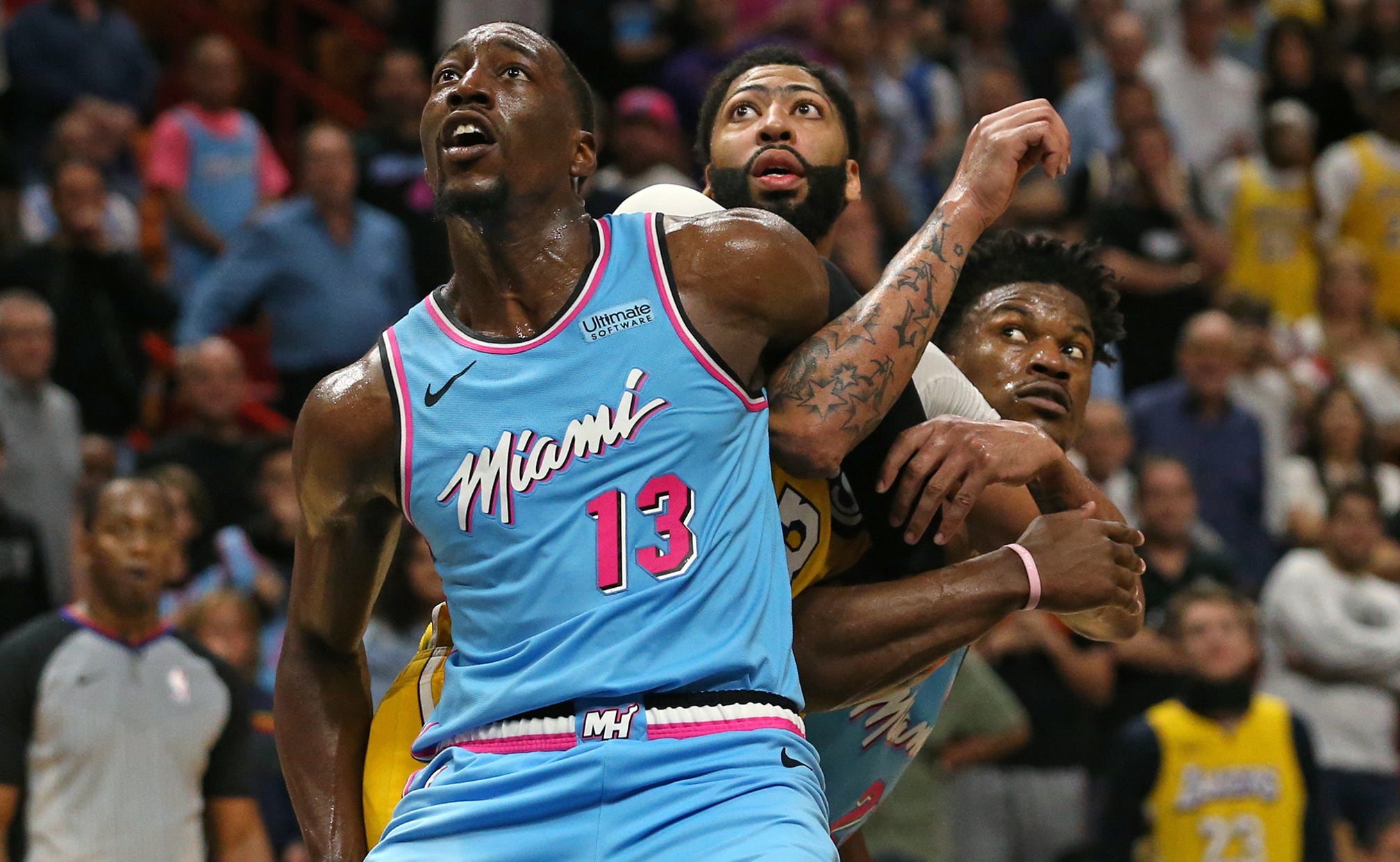 The 2020 NBA Finals will feature a matchup of Southern California vs. South Beach.

After the Los Angeles Lakers dispatched the Denver Nuggets in five games on Saturday, the Miami Heat finished off the Boston Celtics in six games one day later.

Game 1 of the NBA Finals will take place on Wednesday in the Orlando bubble, so let's take a look at some of the numbers that could define the series ahead of tip-off.

Both the Lakers and Heat had two All-Star level players this season: LeBron James and Anthony Davis for LA, and Jimmy Butler and Bam Adebayo for Miami.

Surprisingly, neither Butler nor Bam are leading the Heat in scoring. That honor goes to veteran point guard Goran Dragic (20.9), and so far this postseason, Miami has six players averaging double-figures in scoring, a testament to their team-first approach.

Conversely, the Lakers rely heavily on James and Davis.

The third-leading playoff scorer is Kyle Kuzma (10.5 points per game) and no other Laker is scoring in double-figures nightly.

Both the Lakers and Heat have been nothing short of dominant in the postseason.

Not only have both teams won 80 percent of their playoff games, they are winning handily.

In their 12 wins, the Lakers have been victorious by a margin of 11.8 points per game, and Miami's 12 victories have come by an average of 8.5 points per game.

Before the Eastern Conference Finals, where the Heat's once defeated the Celtics by double-digits once, seven of Miami's first eight playoff wins came by 9 points or more.

The Lakers racked up three 20+ wins in the first two rounds, and outside of 2-point and 6-point wins over Denver, all of Los Angeles' postseason wins have come by at least 8 points.

The Lakers and Heat faced off twice in the regular season, with LA emerging victorious on both occasions – by 15 in LA on Nov. 8, and by 3 in Miami on Dec. 13.

In those two games, Miami had a tough time slowing down Davis and James.

Butler averaged 22.5 points on 44.4 percent shooting, but Adebayo struggled, only managing 11.5 points per game in those two contests.

Furthermore, the Lakers dominated the glass in both matchups, winning the rebounding battle 48-37 in their first run-in, and 50-34 in their second game.

7-0: The Lakers have won all seven of their playoff games when they connect on more threes than their opponent. They are 6-3 in games where the opponent connects on more triples (both LA and Denver hit 10 threes in Game 5 of the WCF, a Lakers win).

34-9: Miami finished the regular season second in three-point percentage (37.9). The Heat are 34-9 this season when they hit that mark. When they shoot 31 percent or less from three, they are 2-17 – regular season and playoffs.

20+: The Heat are 7-0 this postseason when Jimmy Butler scores 20 points or more. Their other All-Star, Bam Adebayo, has also scored 20 or more seven times in the playoffs, and Miami is 5-2 in those games.

14-4: LeBron finished Denver off with a monster triple-double on Saturday, and this season, the Lakers are 14-4 when LeBron puts up double-digits in three separate categories.