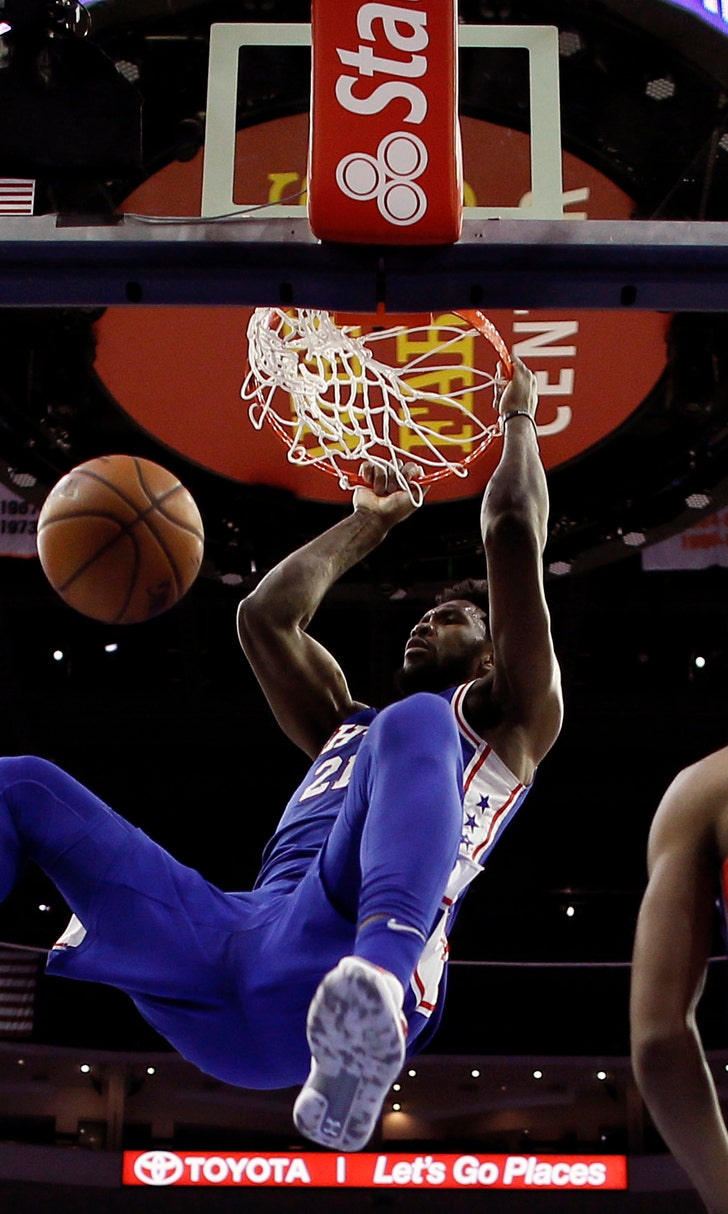 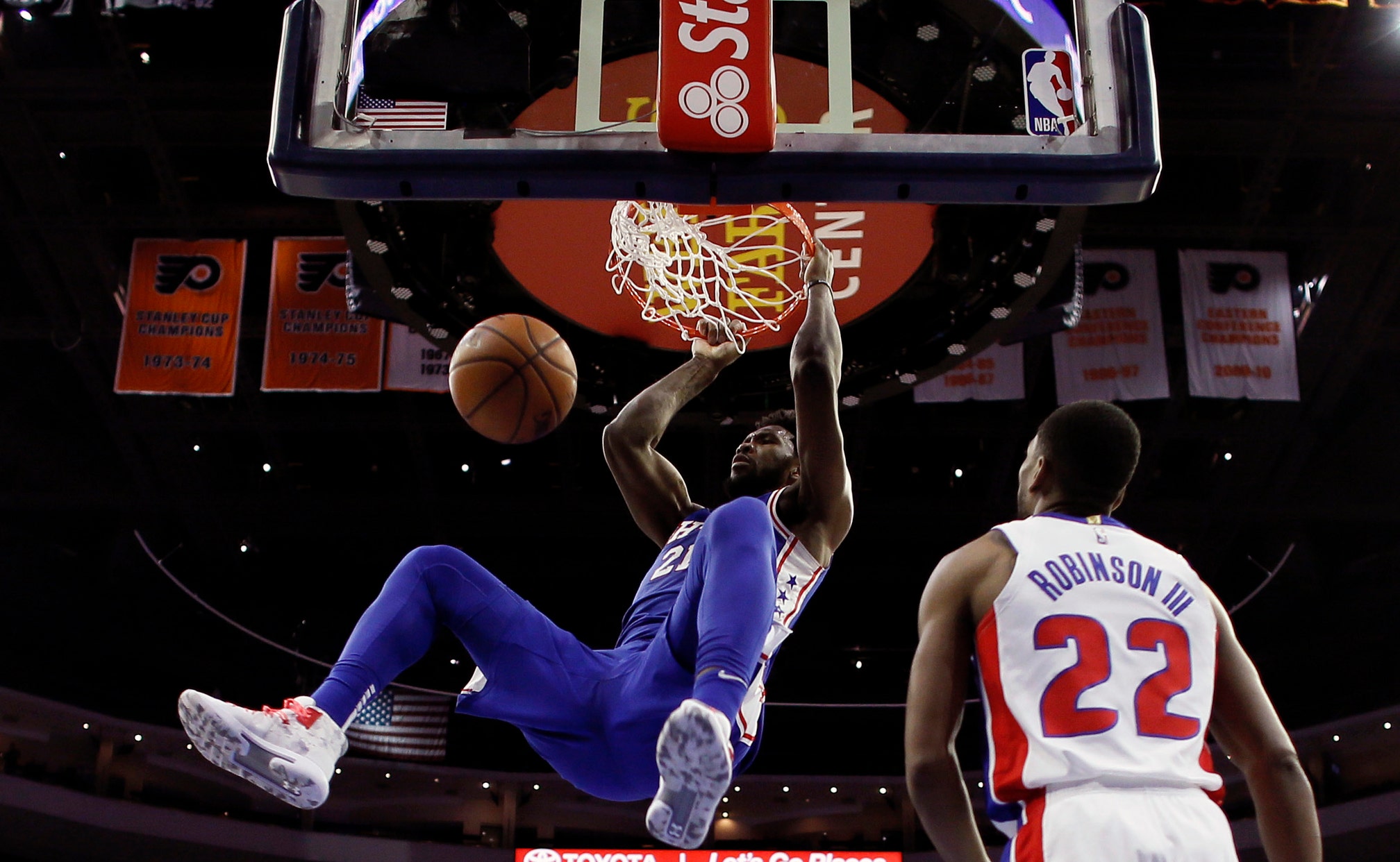 LOS ANGELES (AP) — LeBron James scored 28 points and the Los Angeles Lakers survived Dwyane Wade's 15-point performance in the second half of the superstars' probable final on-court meeting for a 108-105 victory over the Miami Heat on Monday night.

The game appropriately ended with James guarding Wade, who missed a difficult 3-point attempt in the waning seconds. After the buzzer sounded, they shared a hug and a chat to close perhaps the final joint chapter of two careers that have intersected repeatedly since they entered the NBA together in 2003.

Wade intends to retire after this season, and Staples Center sent him out of Los Angeles in style with multiple standing ovations and a tribute video in the first quarter.

Kyle Kuzma scored 33 points for the Lakers, who have won 13 of 17 overall.

OAKLAND, Calif. (AP) — Stephen Curry had 38 points, seven rebounds and six assists, and Golden State got the win in Draymond Green's return to the lineup.

Klay Thompson scored 26 points and Kevin Durant had 22 as Golden State prepared for Wednesday's showdown with Toronto by earning its fourth straight win. Curry went 7 for 14 from 3-point range.

Green, the 2017 NBA Defensive Player of the Year, had seven points, 10 rebounds and seven assists after being sidelined for 11 games with a right toe injury.

PHILADELPHIA (AP) — Joel Embiid scored 24 points in his return to Philadelphia's lineup after a one-game absence.

Jimmy Butler, who had 38 points to lead Philadelphia to a 117-111 victory in Detroit on Friday, exited in the first half with a strained groin and did not return.

Luke Kennard finished with a career-high 28 points for the slumping Pistons (13-12), who have dropped five straight after five consecutive wins.

Detroit was missing Blake Griffin, 10th in the NBA in scoring. Griffin was rested after the Pistons hosted New Orleans the previous night.

Embiid was given his own night off to rest on Friday after the 7-foot-2 star grew frustrated with his role following three straight sub-20-point performances.

Ben Simmons and Furkan Korkmaz each scored 18 points for the Sixers (19-9).

Steven Adams had 22 points for Oklahoma City in the first meeting between the teams since the Jazz eliminated the Thunder in six games in the first round of last season's playoffs. Oklahoma City star Russell Westbrook was 4 for 18 from the field, but finished with 12 points, 11 rebounds and 10 assists.

Donovan Mitchell battled foul trouble much of the game but led the Jazz with 19 points. Rudy Gobert recorded his 23rd double-double of the season with 13 points and 14 rebounds.

BOSTON (AP) — Marcus Morris Sr. had a season-high 31 points, making three quick 3-pointers to start the second half, and Jayson Tatum scored 21 to lead a depleted Boston lineup to its sixth straight victory.

Anthony Davis scored 41 points for New Orleans, which was playing back-to-back games after beating the Pistons in Detroit on Sunday.

INDIANAPOLIS (AP) — Myles Turner had 26 points, 12 rebounds and five blocks, and Indiana held on for its season-high fourth straight victory.

Bojan Bogdanovic scored 22 points for the Pacers, who nearly blew a 25-point lead. Darren Collison had 10 points and 17 assists.

Bradley Beal scored 30 points and Kelly Oubre Jr. had a season-high 23 for the Wizards, who played without injured All-Star guard John Wall.

DENVER (AP) — Nikola Jokic had 27 points and 12 rebounds for Denver, and reserve Monte Morris tied a career high with 20 points.

Morris gave the Nuggets the lead for good on a 3-pointer with 5:22 remaining. Juancho Hernangomez followed with another 3-pointer to give Denver some separation in a tightly contested game that featured 15 lead changes.

Mason Plumlee added 12 points and 10 rebounds in his first start of the season for the Nuggets, who were missing Gary Harris, Paul Millsap and Will Barton due to injuries.

Avery Bradley sealed the Clippers' 17th victory of the season with a pair of free throws with 1.6 seconds left. Danilo Gallinari scored 25 points for Los Angeles.

Deandre Ayton led Phoenix with 20 points and 12 rebounds in his 15th double-double of the season. Fellow rookie Mikal Bridges added a career-high 19 points, but the Suns lost their ninth straight.

CHICAGO (AP) — De'Aaron Fox scored 23 of his 25 points in the second half, helping Sacramento rally for the win.

Fox went 8 for 11 from the field after missing each of his first five shots in the first half. Bogdan Bogdanovic and Marvin Bagley III added 16 points apiece as Sacramento closed out a 3-1 road trip.

Chicago led by as many as 14 in its ninth loss in 10 games. The Bulls were coming off a franchise-record 133-77 loss to the Boston Celtics on Saturday.

Zach LaVine led Chicago with 19 points, and Lauri Markkanen had 13.

MILWAUKEE (AP) — Eric Bledsoe had 20 points and 12 rebounds, and Milwaukee made 15 3-pointers in the win.

Malcolm Brogdon scored 18 points on 8-of-12 shooting for the Bucks, who rested Giannis Antetokounmpo on the second night of back-to-back games. He was ruled out about an hour before the game with neck soreness.

Cleveland's Tristan Thompson had 12 points on 6-of-7 shooting and added six rebounds, but left in the third quarter with a left foot injury. Jaron Blossomgame had 11 points and 10 rebounds, and Larry Nance Jr. scored a team-high 16 points.

Brunson got the start at point guard in place of injured Dennis Smith Jr. (right wrist sprain). He has scored in double figures in each of the Mavs' last three games.

Luka Doncic had 11 rebounds and a season-high nine assists to offset a 2-for-11 shooting performance, finishing with seven points. Dwight Powell had 16 points for the Mavericks.

Jonathon Simmons had a season-high 18 for the Magic and Aaron Gordon scored 10. Orlando played without Evan Fournier, who missed the game for personal reasons.