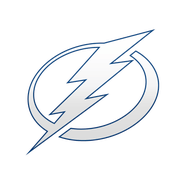 He's largely responsible for the Bolts even earning a point from this game, as he helped set up Tampa's final two goals in regulation to pull the club out of a 4-2 hole. Gourde still hasn't been able to consistently rekindle his scoring pace from two seasons ago, but he does have two goals and seven points in his last eight games.