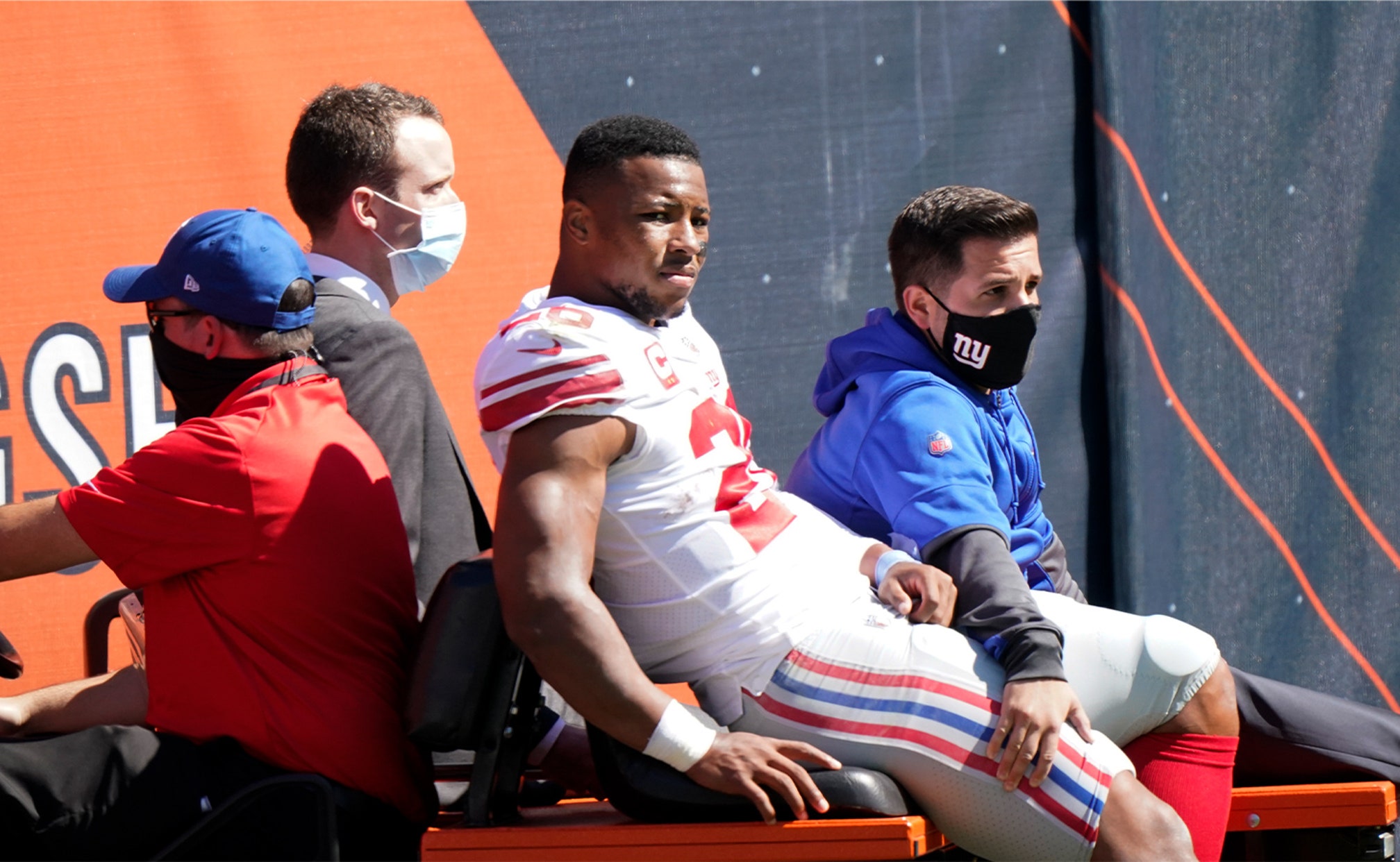 The second week of NFL action saw plenty of highlight-reel plays, but also some key players beset by unfortunate injuries.

New York Giants star running back Saquon Barkley left the field early in the first half, having suffered an ACL tear. The team confirmed the injury on Monday, and he is expected to miss the season.

Former Patriots team physician Matt Provencher gave his perspective on Barkley's injury, indicating that it could be a while before fans see him back to his usual self.

"Running backs, from our data, have a hard time coming back Year 1 after an ACL surgery. They certainly get back, but they just don't get back to the same level (of) production and have anywhere from a 40 to 45 percent decrease in their overall productivity." 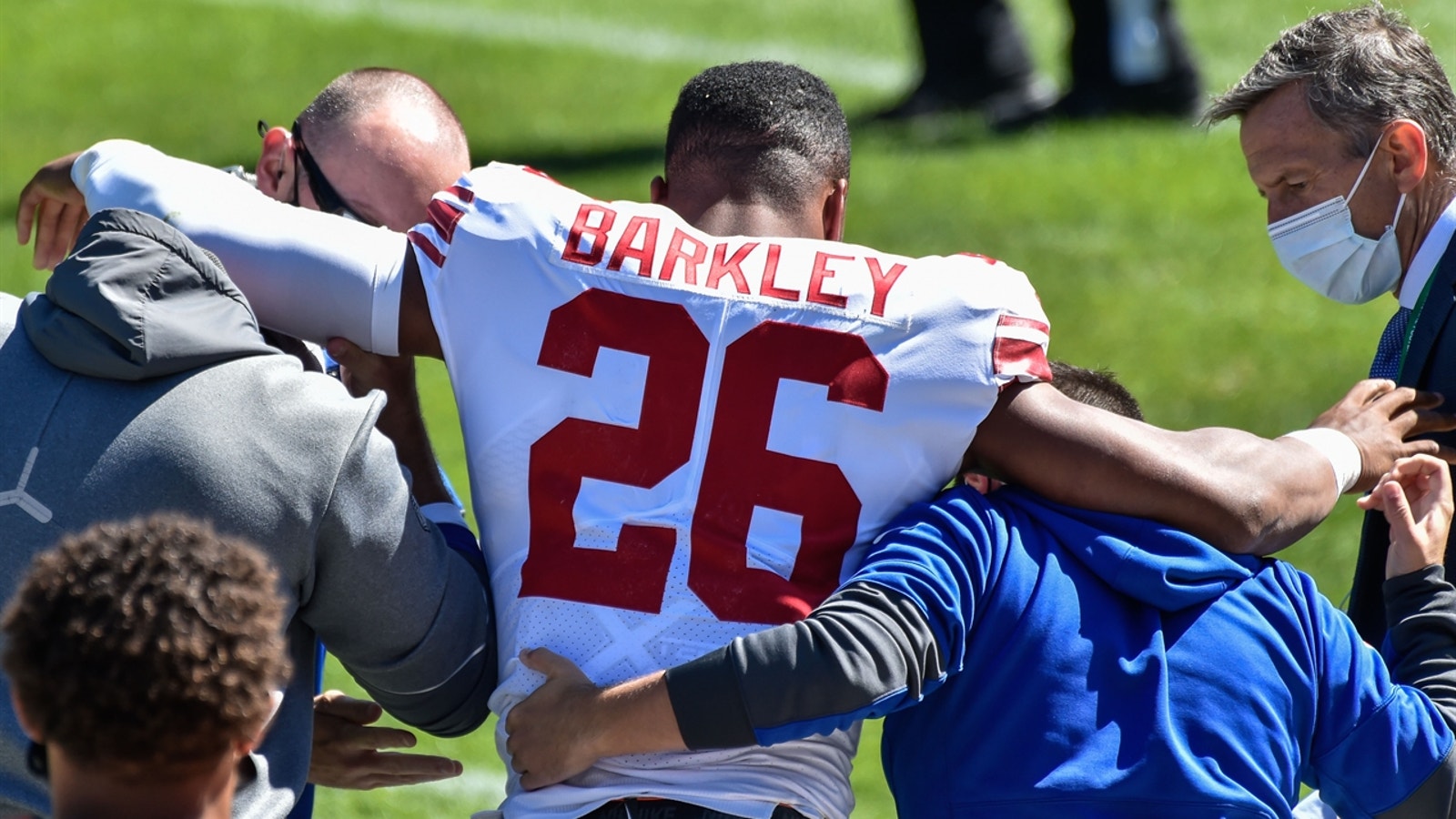 Unfortunately, Barkley wasn't the only player to be helped off the field on Sunday.

A laundry list of players found themselves dinged up on the day.

Carolina Panthers running back Christian McCaffrey left the Panthers' loss to the Buccaneers in the fourth quarter with an ankle injury, and reports are he'll miss "multiple weeks."

On the defensive side of the ball, the San Francisco 49ers saw a pair of pass-rushers leave the game in Nick Bosa and Solomon Thomas. 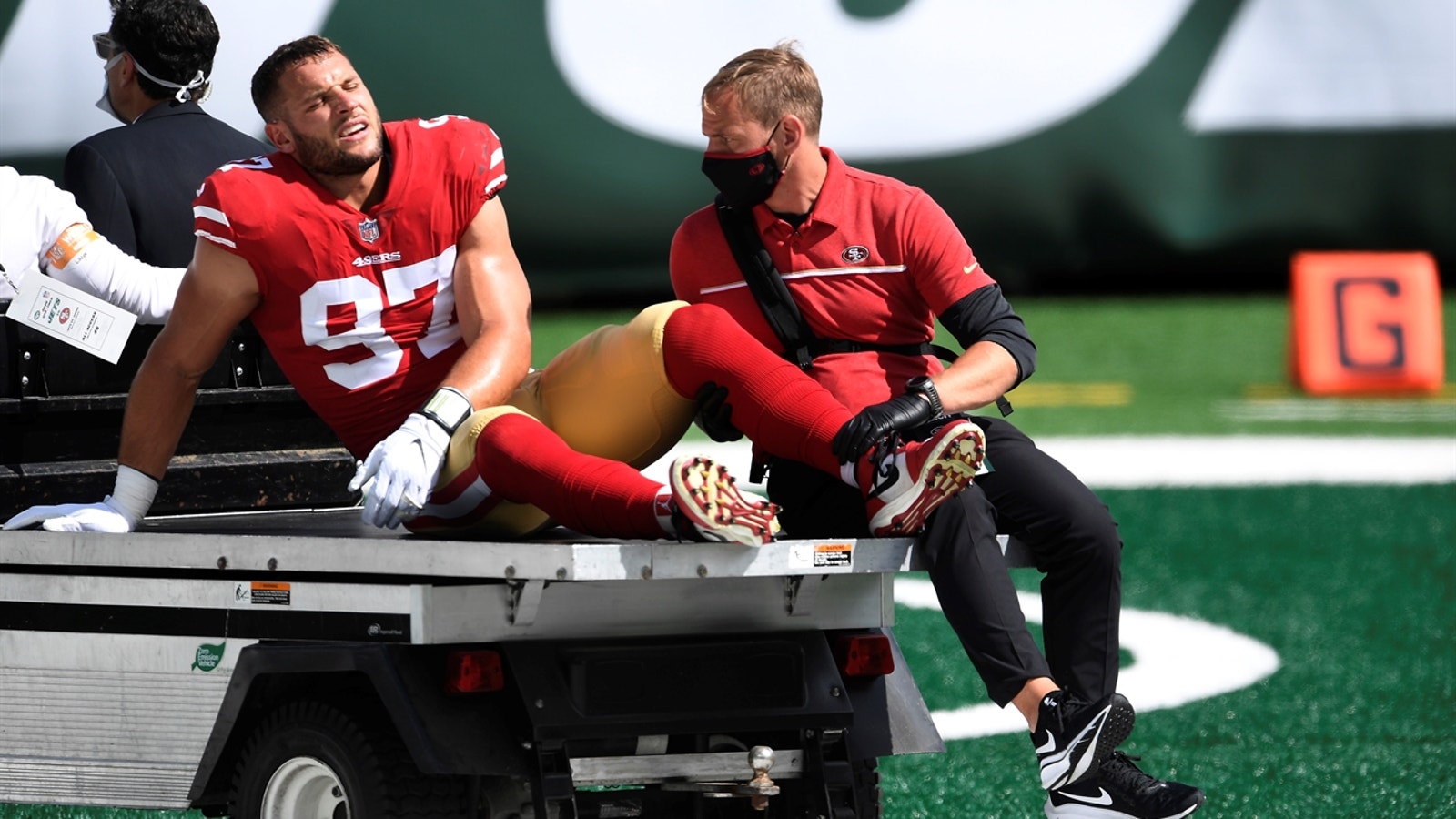 For Bosa, who had 9 sacks in his rookie season, the Niners confirmed on Monday it was, in fact, an ACL tear.

And later on Monday evening, Thomas was diagnosed with a similar injury.

The injuries for the Niners piled up on both sides of the ball, with quarterback Jimmy Garoppolo dealing with an ankle injury.

However, coach Kyle Shanahan is optimistic about his availability for Sunday.

In the AFC, Broncos quarterback Drew Lock is dealing with a shoulder injury that will keep him on the sideline for a bit.

Upon his return, Lock won't have one of his preferred targets to throw to. An MRI confirmed wideout Courtland Sutton suffered a torn ACL, per multiple reports.

The Indianapolis Colts also received some bad news on the injury front, with wide receiver Parris Campbell and safety Malik Hooker on the mend.

With such a wide spate of injuries hitting numerous teams across the NFL, is there a root cause?

That's tough to pinpoint, of course, but Dr. Provenchar pointed to players not having the usual preseason routine ⁠— due to the COVID-19 pandemic ⁠— as a contributing factor.

"There's certainly still some validity in having that preseason to help get our players in football shape." 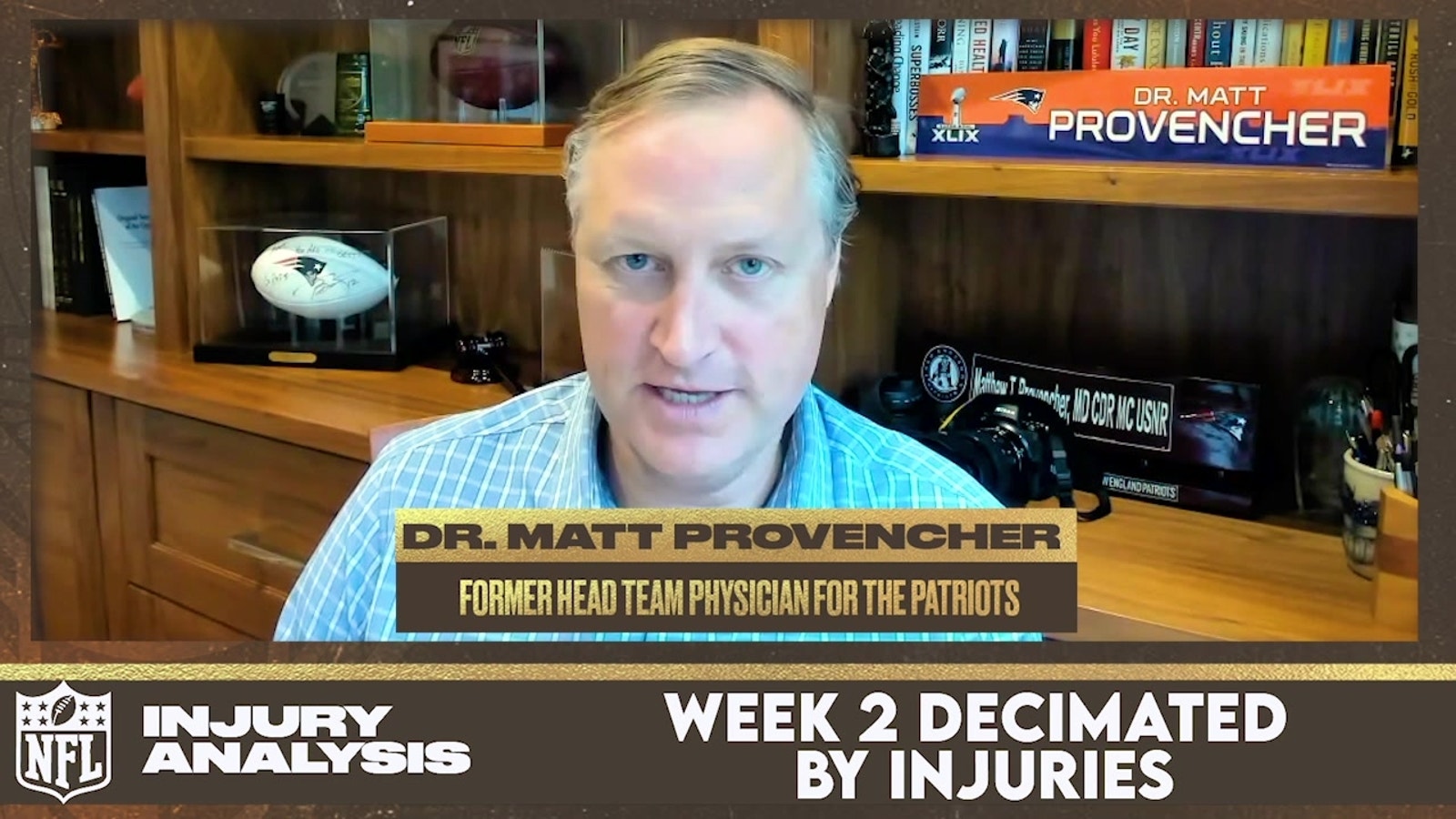