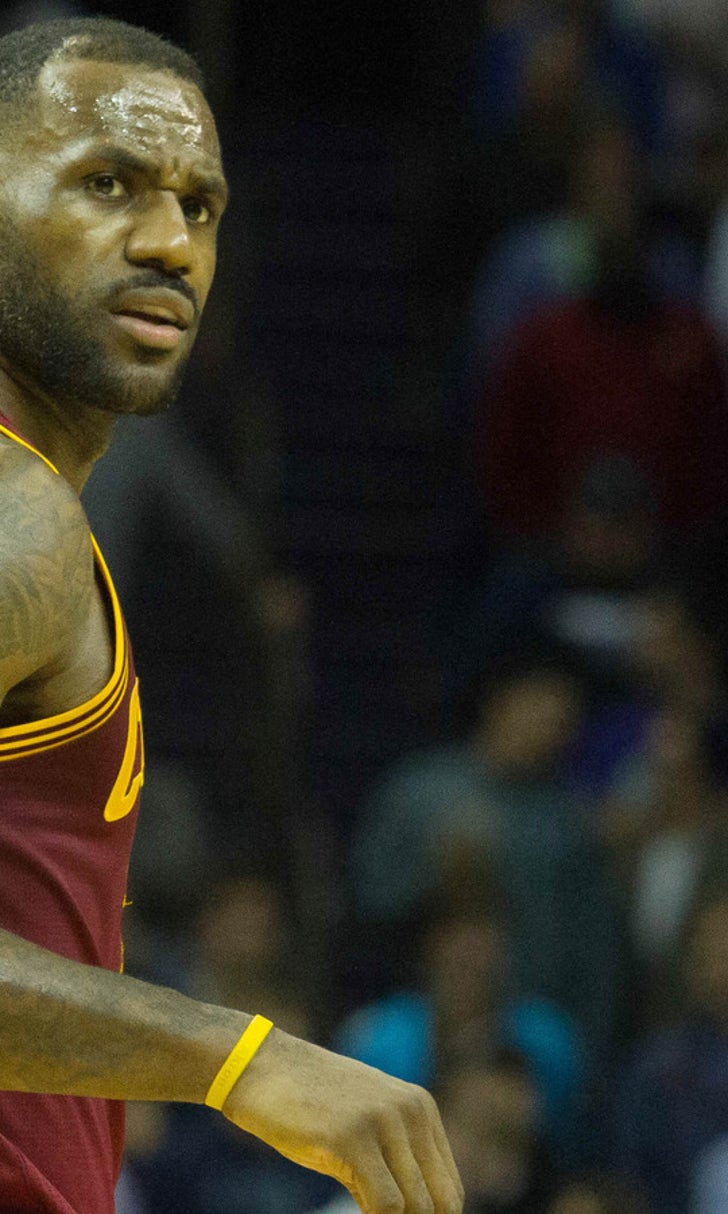 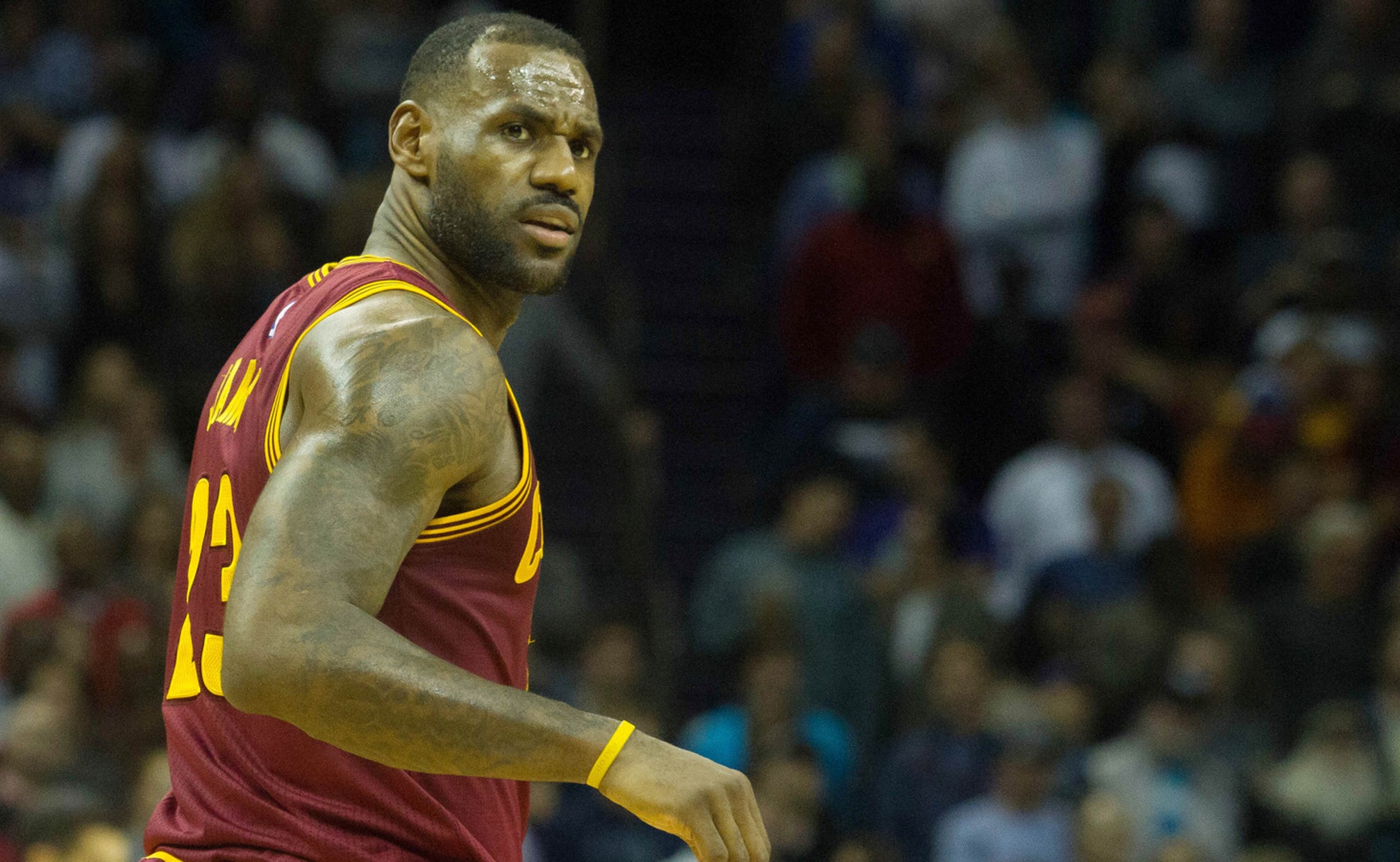 LeBron James not playing in Saturday's game at Miami 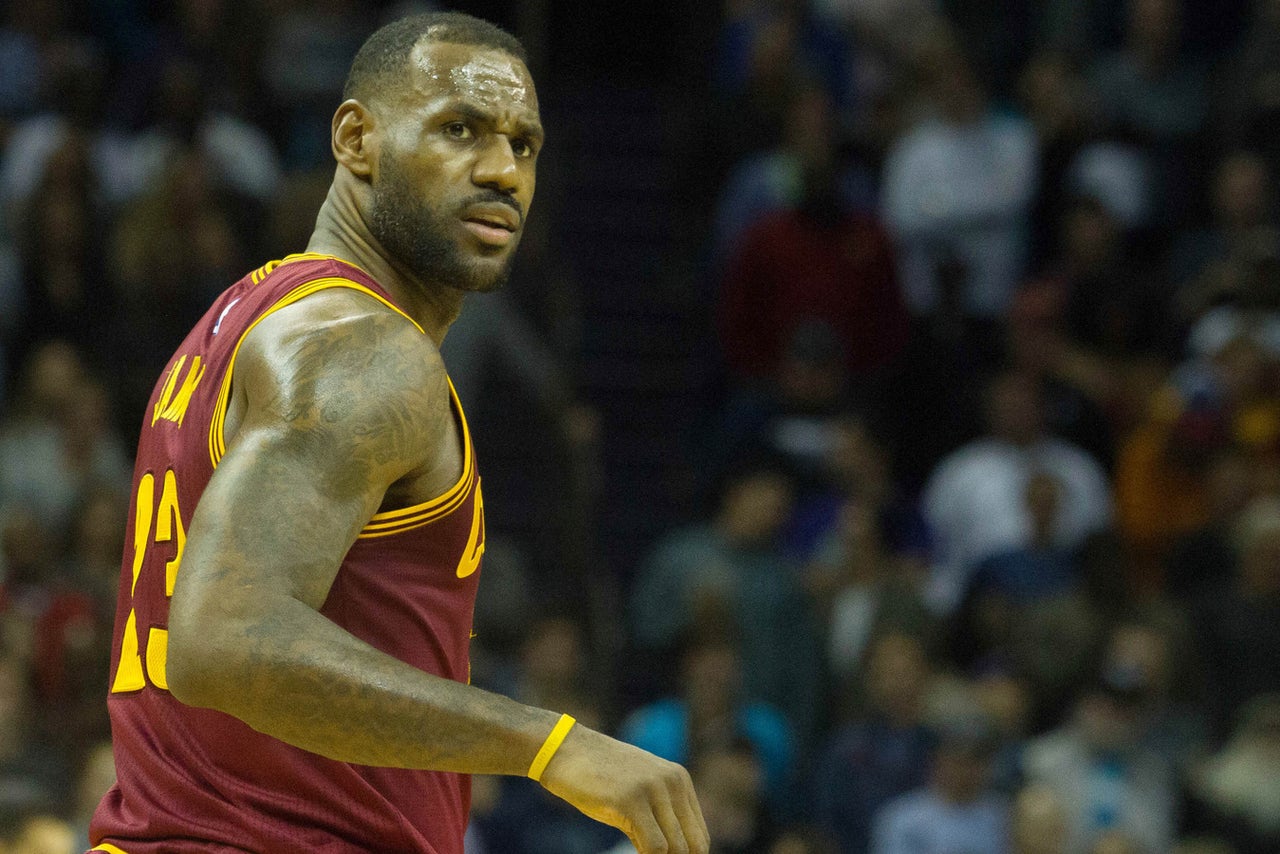 MIAMI -- LeBron James' latest return to Miami will only be a night off.

James was not in Cleveland's lineup for its game against the Heat on Saturday, with coach David Blatt saying he was responsible for the move.

James did not make himself available for comment before the game, though was in the facility. Cleveland went 0-2 in his appearances in Miami last season, his first times back as an opponent after a four-season, two-championship stint with the Heat. James also had said earlier this season that he wanted to play in all 82 games this season, something that now won't happen.

It's the earliest point in a season that James has ever missed a game for rest purposes. He missed a December game last season with a sore left knee, but has never before sat out a game in November or December without an announced injury.

''It was a situation I felt was not worth risking,'' Blatt said.

Cleveland entered with a two-game slide. James also logged 45 minutes at New Orleans on Friday, and the Cavs didn't reach their Miami hotel until around 5 a.m. Saturday.

James talked after Friday's game about the physical demands of an overtime game and the looming late arrival in Miami, but gave no clear indicator that he was thinking about sitting the Heat game out.

''I know this is a special place for Bron and the people here want to see him and I totally understand that,'' Blatt said. ''We played Miami four times last year. They've seen Bron with his new team and we'll play them (two) more times this year. I understand, but under the circumstances I've got to think about him first and the team going forward.''

James appeared in each of Cleveland's first 19 games this season. He is putting up his usual elite numbers - 26.2 points, 7.8 rebounds and 6.5 assists per game.

Blatt insisted he had to ''force the issue'' in a conversation with James about playing or not playing. He also said James had no injury after logging big minutes against the Pelicans, other than expected soreness.

How To Bet The NBA Finals
Everyone is expecting a Lakers title, but is it worth your money? Jason McIntyre explains why he's looking to fade LeBron.
5 hours ago

Expert Picks: Lakers vs. Heat
It's NBA Finals time and series predictions are flying. Was anybody bold enough to pick the Heat over LeBron's Lakers?
6 hours ago

The 10 Things Skip Loves about LeBron
Skip Bayless spent a large chunk of his Tuesday morning praising LeBron James. What gives?
1 day ago

The King's Case
Championships are often at the heart of the LeBron vs. Jordan debate. So, what would another ring do for the King's resume?
2 days ago
those were the latest stories
Want to see more?
View All Stories
Fox Sports™ and © 2020 Fox Media LLC and Fox Sports Interactive Media, LLC. All rights reserved. Use of this website (including any and all parts and components) constitutes your acceptance of these Terms of Use and Updated Privacy Policy. Advertising Choices. Do Not Sell my Personal Info