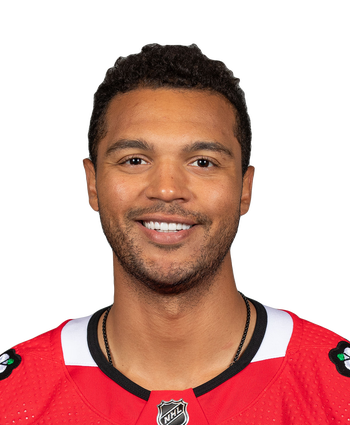 The minimum eight weeks on this current timeline would put Jones' return right around the Blue Jackets' final two games of the regular season. Should the team fall out of a playoff spot, it will likely hold him out for the rest of the 2019-20 campaign. The 25-year-old blueliner has 30 points in 56 games while averaging 25:17 of ice time.

Jones has already been ruled out indefinitely and placed on IR, so he'll likely aim to return in March at the earliest. The 25-year-old blueliner is just one of the many casualties the Blue Jackets will have to overcome this year to secure a playoff spot. Markus Nutivaara is expected to work on the top pairing Monday versus Tampa Bay in Jones' stead.

Jones was designated for injured reserve and will be sidelined indefinitely due to an ankle injury.

Jones was injured in Saturday's matchup with Colorado, but not before he scored a power-play goal and registered four shots, three blocks and one hit in 23:35 of ice time. With the blueliner set to miss some time, the club promoted Gabriel Carlsson from AHL Cleveland, though Markus Nutivaara figures to see the biggest uptick in ice time, including slotting into a power-play role.