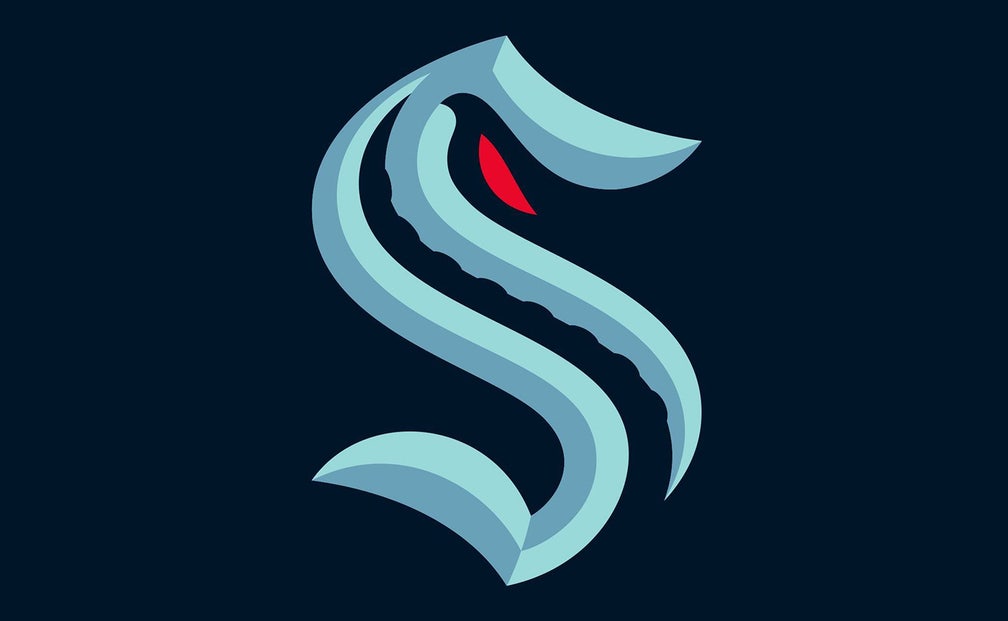 The Kraken Arrive in Seattle

The National Hockey League's 32nd franchise came to life on Thursday, as the new Seattle franchise announced their nickname and gave fans a first look at their logo and uniforms.

Fans assumed the brand would be sea-related after Wednesday's teaser video, and they were correct.

The logo is a stylized “S,” paying homage to the squads of the past that wore uniforms with a similar look, the team said. A single tentacle rises up throughout the “S,” with a red eye peering through.

"I think this name embodies a connection with the sea and a curiosity of what lies beneath it."

The team made the announcement in an online presentation at the under-construction Climate Pledge Arena, in front of construction workers tasked with building the new arena.

As far as uniforms and color scheme go, the Kraken will use a combination of four blues –  deep sea blue, ice blue, boundless blue and shadow blue – to go along with red alert.

The Kraken represents the return of professional hockey in Seattle for the first time since 1975, when the Seattle Totems ceased operations along with the Western Hockey League.

Seattle’s hockey history runs deep, too. The Seattle Metropolitans of the Pacific Coast Hockey Association won the Stanley Cup in 1917, the first American team to do so.

It’s a big leap from when the NHL officially announced the expansion news on Dec. 4, 2018.

The Kraken will now enter the league with a high benchmark that they will attempt to exceed, considering the previous most-recent NHL expansion team, the Vegas Golden Knights, reached the Stanley Cup Finals in their inaugural season.

What’s the next step for the Seattle Kraken? Just take a look at their Twitter bio:

“Now that we have a name, we're strategizing all the ways to draft your favorite player”

All eyes will turn toward the 2021 NHL expansion draft, where Seattle will begin filling out their roster with players from other NHL teams – save for the Golden Knights.

Prepare for the release of the Kraken.

Get more from National Hockey League Add to your favorites to get information about games, news and more.
share story

Dumba Becomes First NHL Player To Kneel
The Canadian defenseman delivered a powerful speech and message prior to the start of the NHL's Western Conference playoffs.
August 2

Sports World Celebrates Juneteenth
From Washington D.C. to Los Angeles and everywhere in between, leagues, teams, and players are honoring the holiday.
June 19

On The Horizon
The return of major sports is drawing closer. Now, our Martin Rogers writes, we just have to be patient a little longer.
June 9 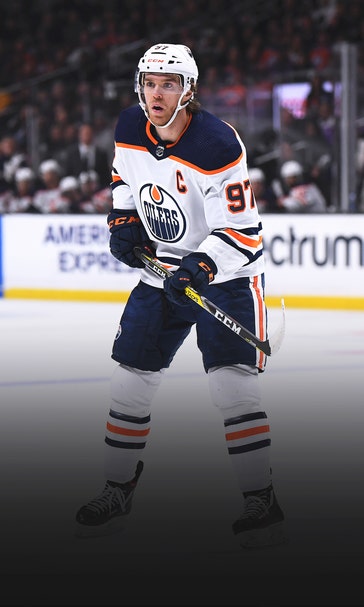 Bring On The Playoffs

Bring On The Playoffs
The NHL has tossed tradition aside and produced a scenario that gives fans just what they want.
May 27
those were the latest stories
Want to see more?
View All Stories
Fox Sports™ and © 2020 Fox Media LLC and Fox Sports Interactive Media, LLC. All rights reserved. Use of this website (including any and all parts and components) constitutes your acceptance of these Terms of Use and Updated Privacy Policy. Advertising Choices. Do Not Sell my Personal Info