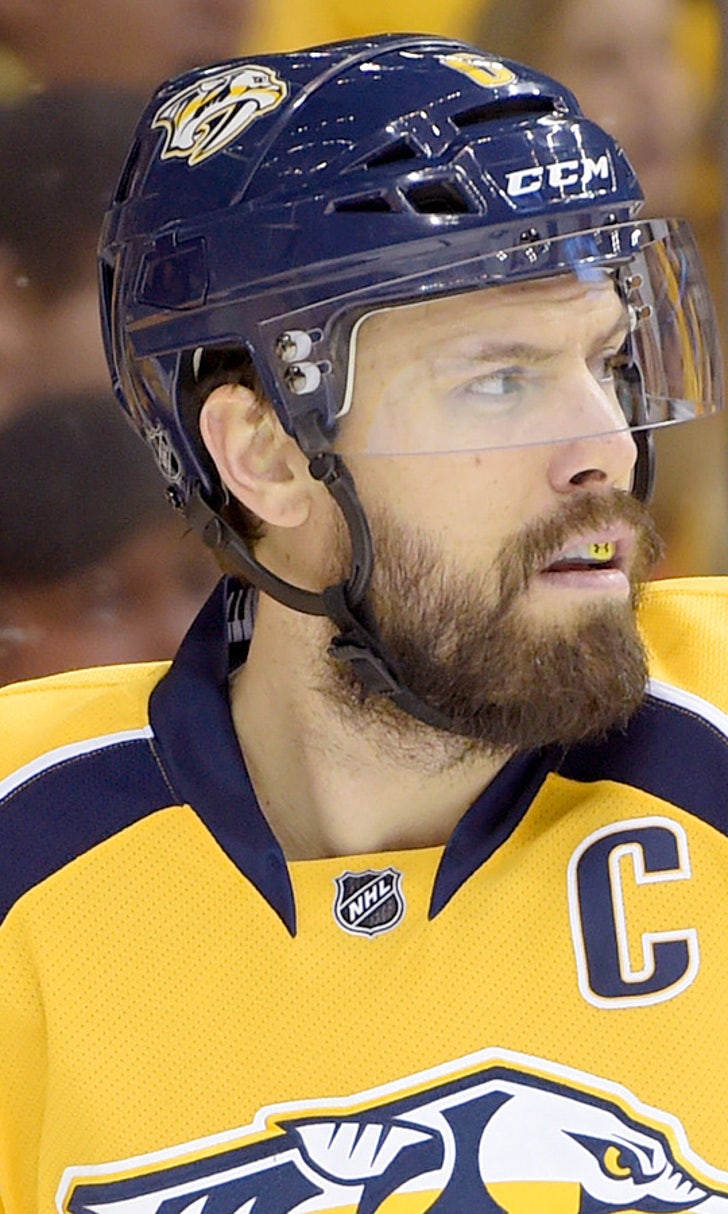 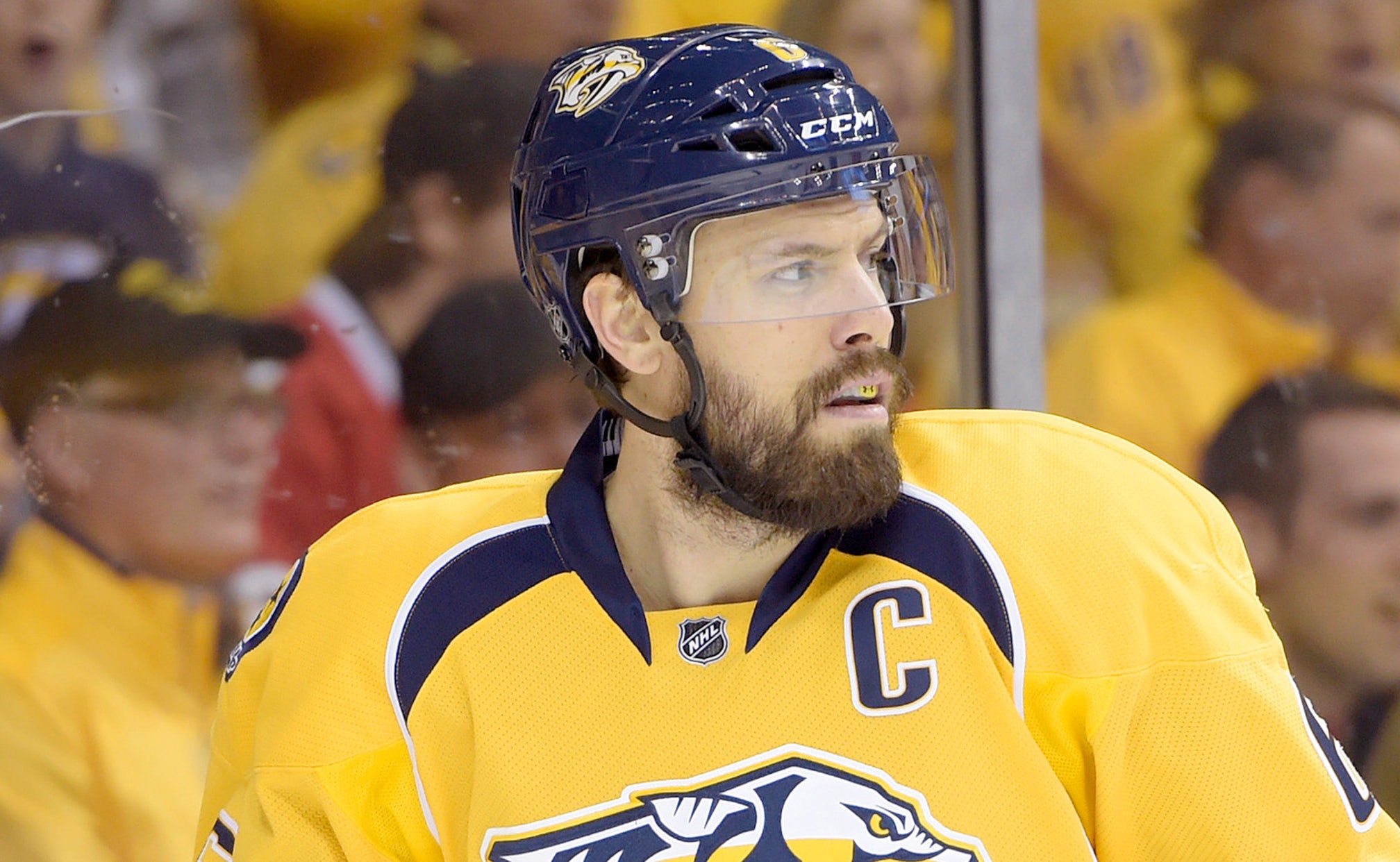 Predators' Weber doesn't travel, to miss Games 3 and 4 vs. Blackhawks 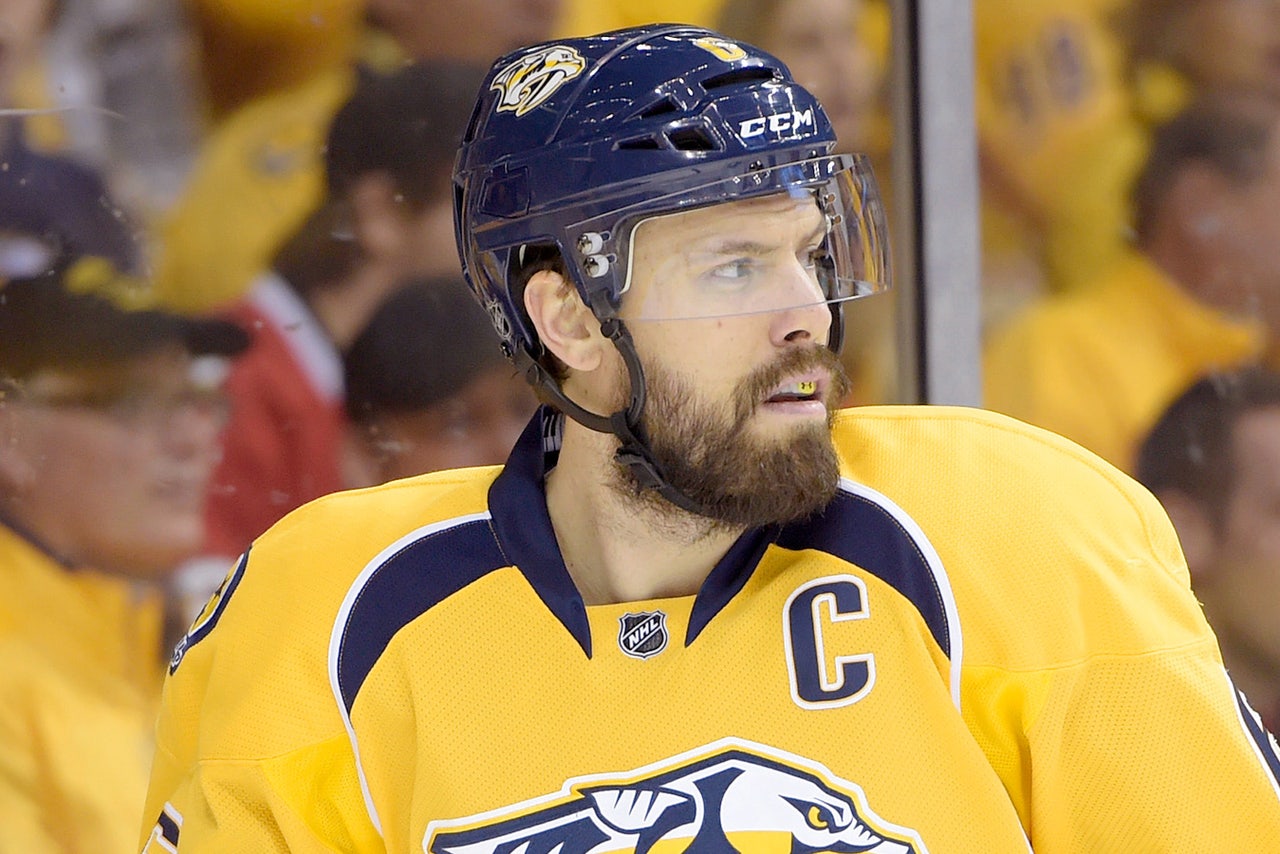 Injured defenseman Shea Weber won't travel with the Nashville Predators for Games 3 and 4 in Chicago in their Western Conference quarterfinal series against the Blackhawks.

Weber left Friday night's game in the second period with a lower-body injury and didn't return. Nashville finished off a 6-2 victory Friday night, tying the series at 1-1.

Game 3 is Sunday in Chicago, and a team spokesman said Saturday an update on Weber's status will be made Wednesday, the day after Game 4 in Chicago.

Chicago's Brandon Saad checked Weber into the boards in the left corner of the Nashville zone At 9:17 of the second. Weber fell to the ice, then skated off to the Predators bench and back to the team's dressing room without putting any weight on his right leg.

''I think those things happen,'' Nashville coach Peter Laviolette said. ''It happens throughout the course of the playoffs. Everybody gets injuries, and you have to deal with them. You have to deal with them in the regular season. Last night, I think it was a real good sign that some guys did elevate their minutes and played in different situations and tried to fill (Weber's) role. We were able to find success doing that.''

Either Anton Volchenkov or Victor Bartley will step into the lineup for Weber. Volchenkov is a veteran of 86 NHL playoff games with Ottawa, New Jersey, and Nashville. He played in Game 1 of the series. Bartley has never appeared in an NHL playoff game.

Weber, a two-time Olympic gold medalist with Team Canada, is Nashville's captain, and his 45 career NHL playoff games place him two behind David Legwand for the franchise lead in playoff games played.

In 78 regular season games, Weber scored 15 goals and added 30 assists. His 26:22 of ice time per game placed him fifth in the NHL, one spot behind defense partner Roman Josi's 26.28.

Weber won the NHL's hardest shot competition at this season's All-Star Game weekend with a blast of 108.5 mph.

The Predators played Friday night's game without forward Mike Fisher. He left Wednesday's Game 1 in the second period with a lower-body injury and didn't return. Fisher will make the trip to Chicago. The Predators still list him as day-to-day.