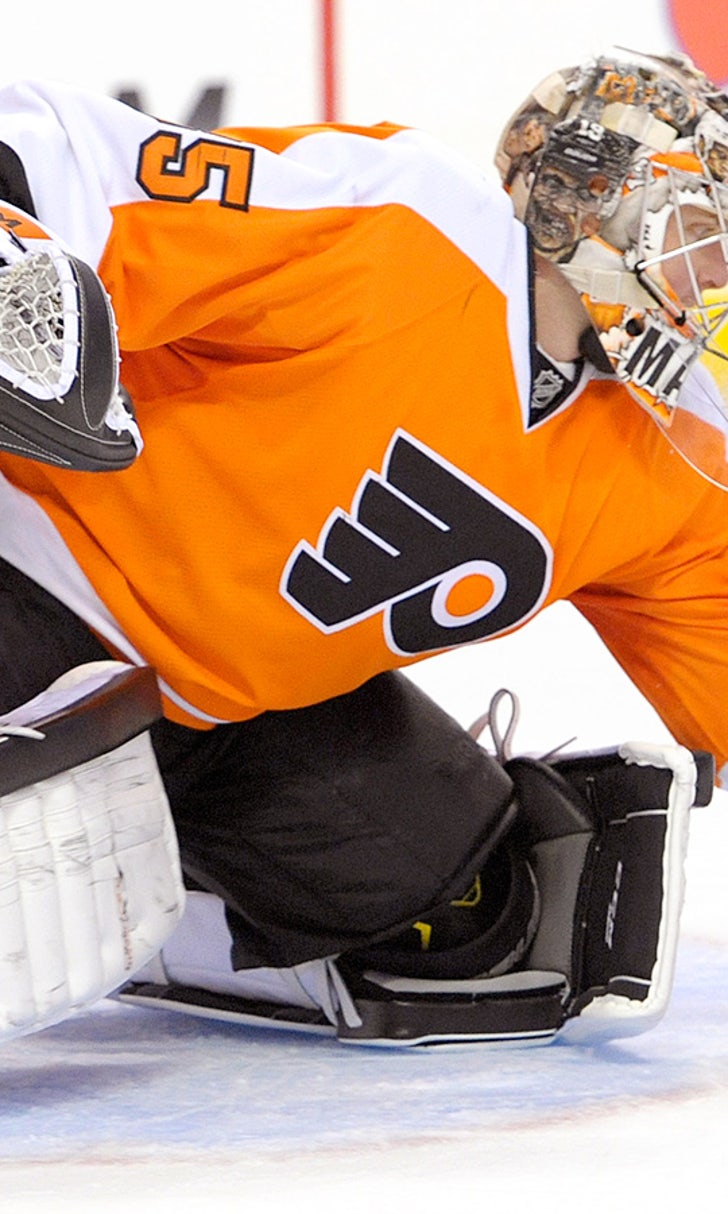 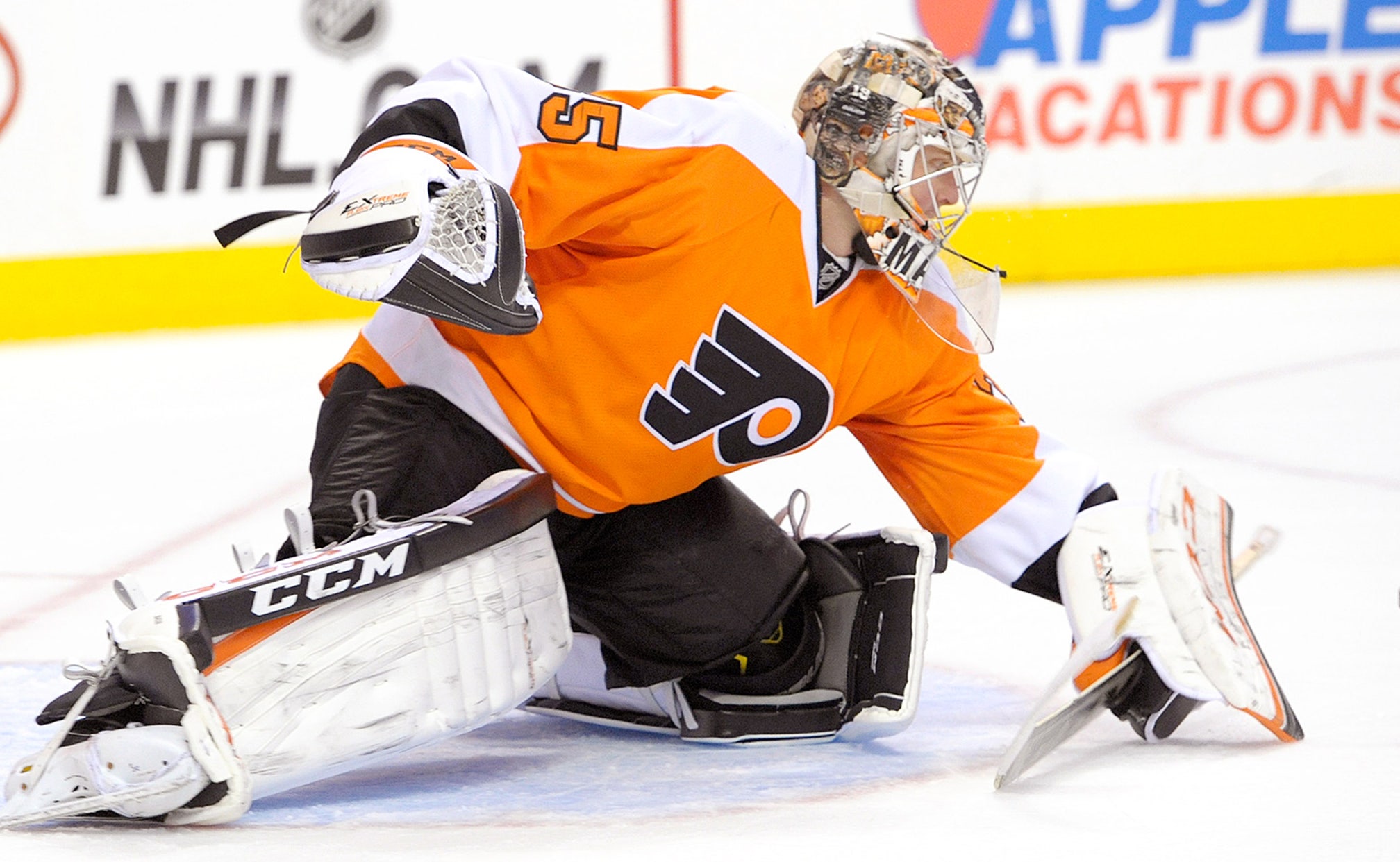 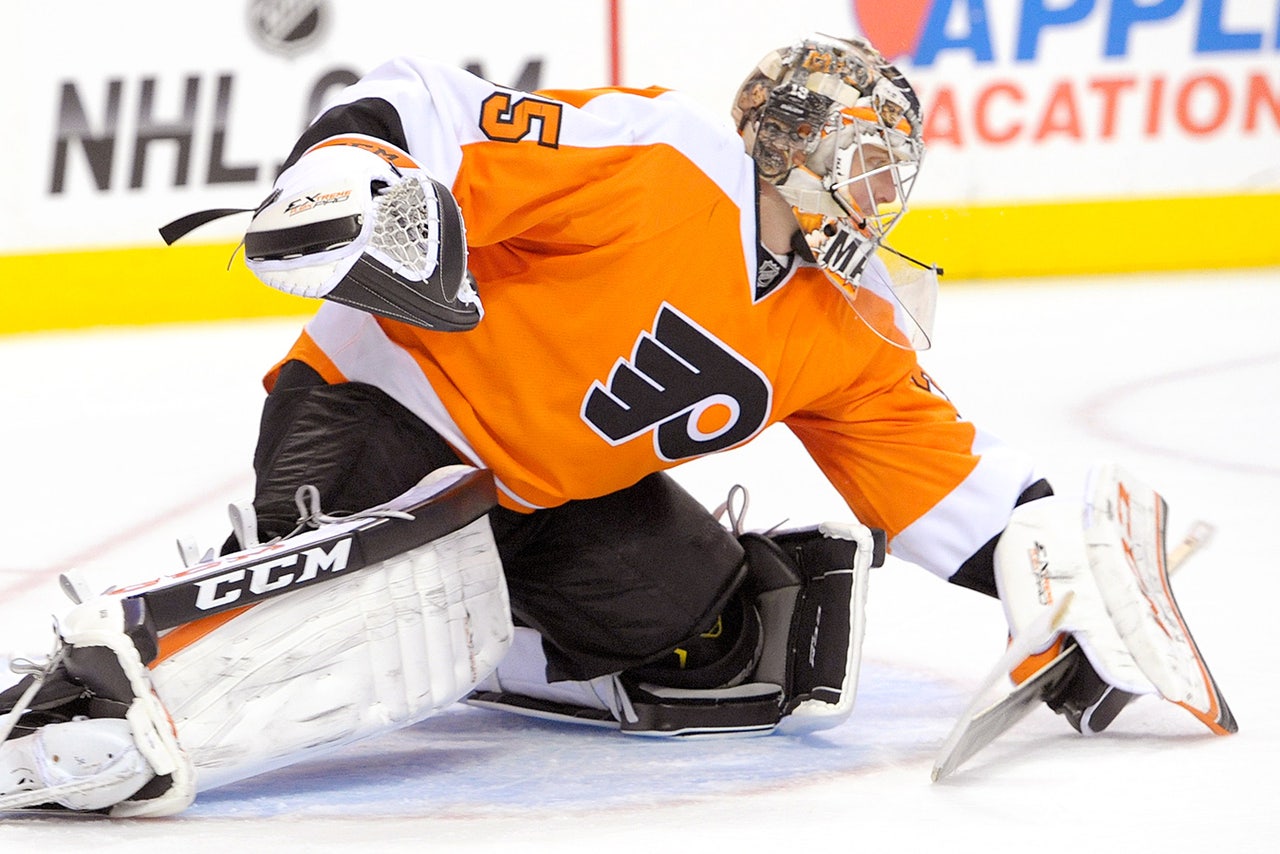 Goaltender Steve Mason paid homage to Philadelphia Flyers both past and present with his new mask, but he did so in zombie fashion.

Mason joined artist Franny Drummond in putting their heads together and the duo decided to include the mugs of Bernie Parent and Bobby Clarke along with a few others from the days of the Broad Street Bullies.

While those faces are tough enough in their own right, the artist added the zombie-altered twist to put a scare into the opposition.

Fast forward to the present and one will find the likenesses of current Flyers Jakub Voracek and Luke and Brayden Schenn.

Mason (18-18-11, three shutouts, 2.25 goals-against average last season) hopes the new look will alter both his and the team's fortunes, as knee and back issues limited the 27-year-old Ontario native to just 51 games. The Flyers limped to a 33-31-18 mark and missed the playoffs following a sixth-place finish in the Metropolitan Division.