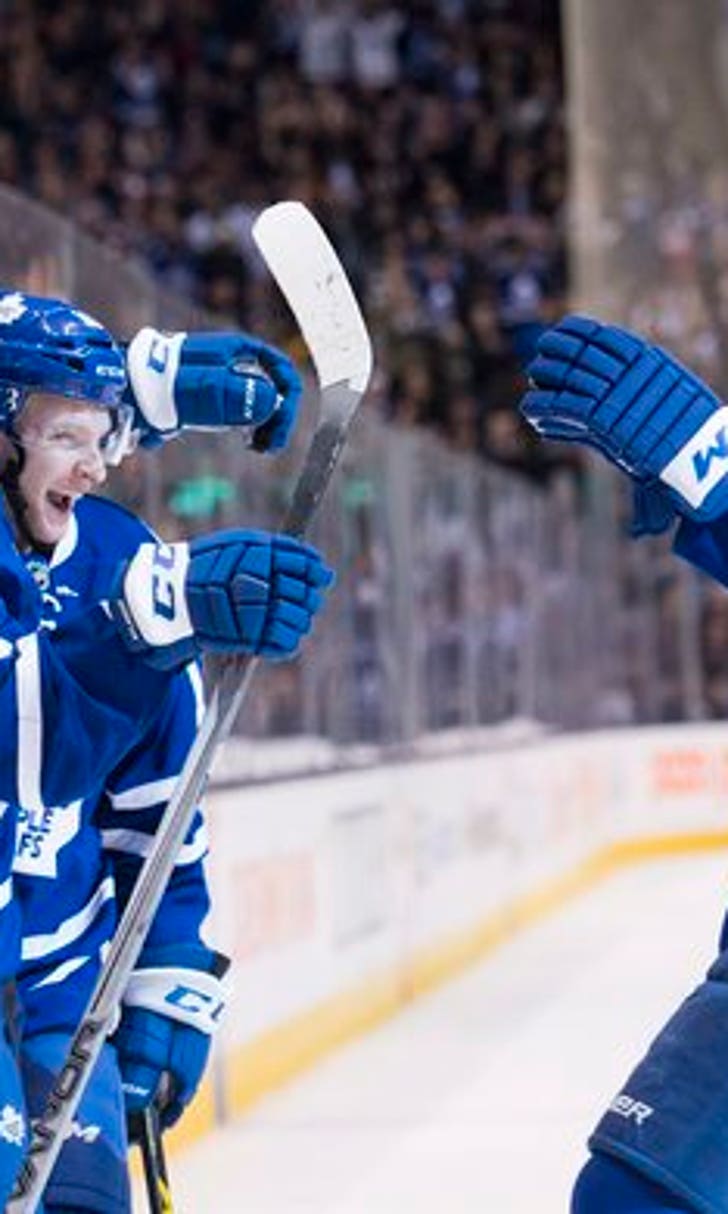 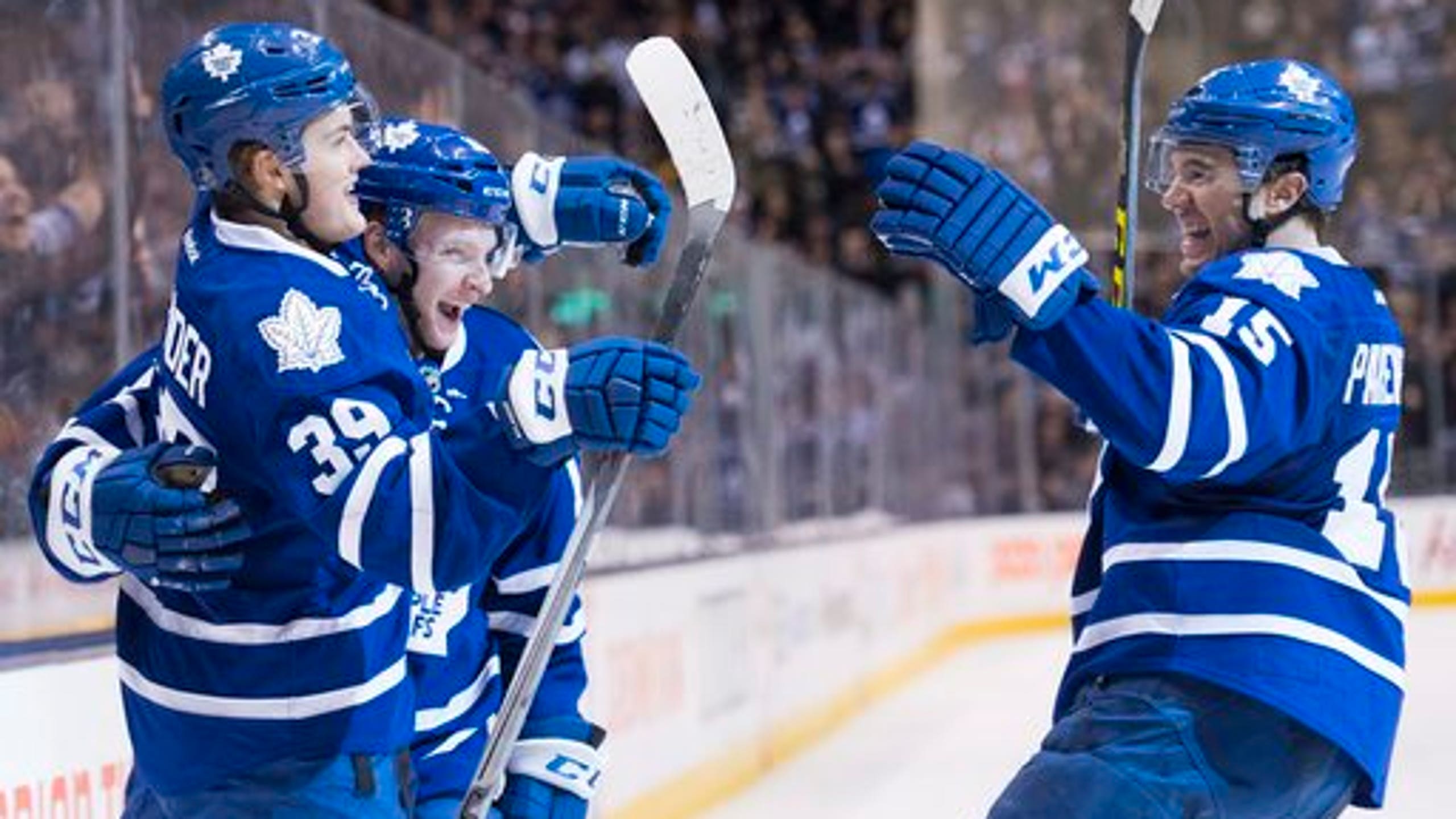 Leafs top Sabres but still get eliminated from postseason 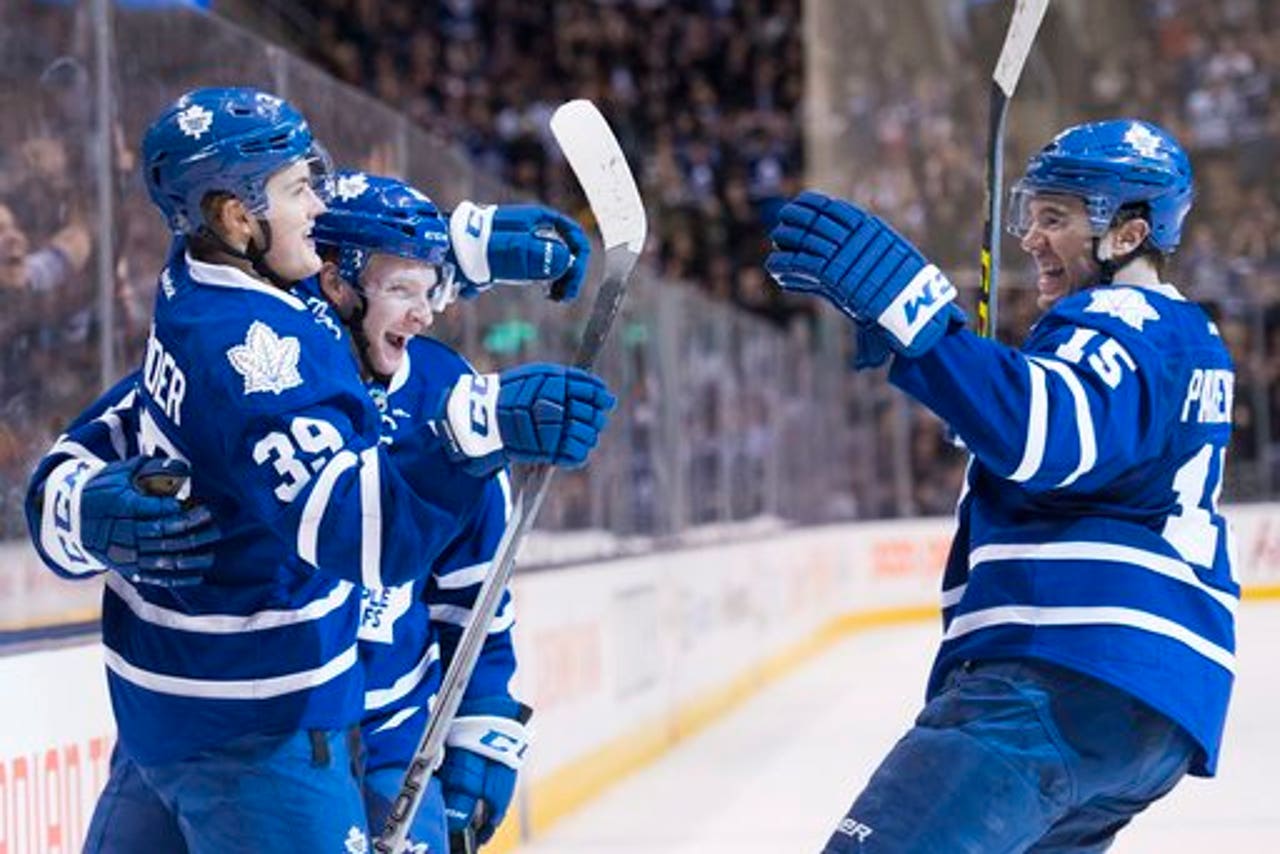 TORONTO (AP) Connor Carrick scored his second goal in a week after ending a long drought and the Toronto Maple Leafs beat the Buffalo Sabres 4-1 on Saturday night to win their fourth in six games but were still eliminated from postseason contention.

Toronto was knocked out when Detroit beat Florida 5-3.

Before scoring in Toronto's 4-1 win over Tampa Bay on Tuesday night, Carrick hadn't scored since Oct. 13, 2013.

William Nylander, Martin Marincin and Milan Michalek also scored for the Leafs. Brian Gionta had the Sabres' only goal.

Garret Sparks made 20 saves for Toronto, while Chad Johnson stopped 27 of 31 shots for Buffalo.

Carrick scored the go-ahead goal less than 7 minutes into the third period when he stepped into a shot from the point to beat Johnson. Marincin added an insurance marker a short while later, his first goal as a Leaf and first in 62 games, and Michalek chipped in with a goal 1:14 after Marincin.

The divisional game got especially heated in the third period. Leafs center Nazem Kadri and Sabres defenseman Mark Pysyk tussled after one early whistle, and both teams drew matching penalties in the aftermath. Sabres forward Nicolas Deslauriers was also dealt a 10-minute misconduct.

Then later in the period, Zach Hyman's hit on defenseman Jake McCabe drew the ire of Zach Bogosian, and he furiously searched out the Leafs rookie for some words and shoving. Both players drew penalties (Hyman for boarding, Bogosian for roughing), as did Pierre-Alexandre Parenteau and Marcus Foligno, who traded physical and verbal jousts.

Toronto controlled play all evening, beginning with an opening frame in which Buffalo had the lone goal.

The Leafs outshot the Sabres 11-3 and held them without a shot for the final 13 minutes of the period.

A one-time 48-goal scorer, Gionta showed some of that old flash on the game's opening goal. The Buffalo captain capitalized on a turnover by Leafs defenseman Rinat Valiev, whipping a shot shortside and beyond Sparks' left shoulder.

It was the 10th goal this season for Gionta.

The Leafs evened the score at one in the second.

Parenteau found Nylander alone in the slot seconds after a power play ended, and the former first-round pick fired a wrist shot past Johnson. One of the younger players in the league, the 19-year-old has three goals in his first 11 NHL games.

Nylander also added his first NHL assist. He was one of 11 players aged 23 or younger in Toronto's lineup, and that group also included 20-year-old Frederik Gauthier, who became the ninth Leaf in the past three weeks and 11th this season to make his NHL debut.

''Obviously three years from now we don't want to be doing this,'' Babcock said of dressing such a youthful lineup, ''but right now this is what we're doing and it's a lot of fun.''

NOTES: Saturday marked the second of three meetings in March between the Leafs and Sabres with the season series due to conclude in Buffalo on Mar. 31. ... Sabres rookie and Calder Trophy candidate Jack Eichel missed his first game this season because of the flu.