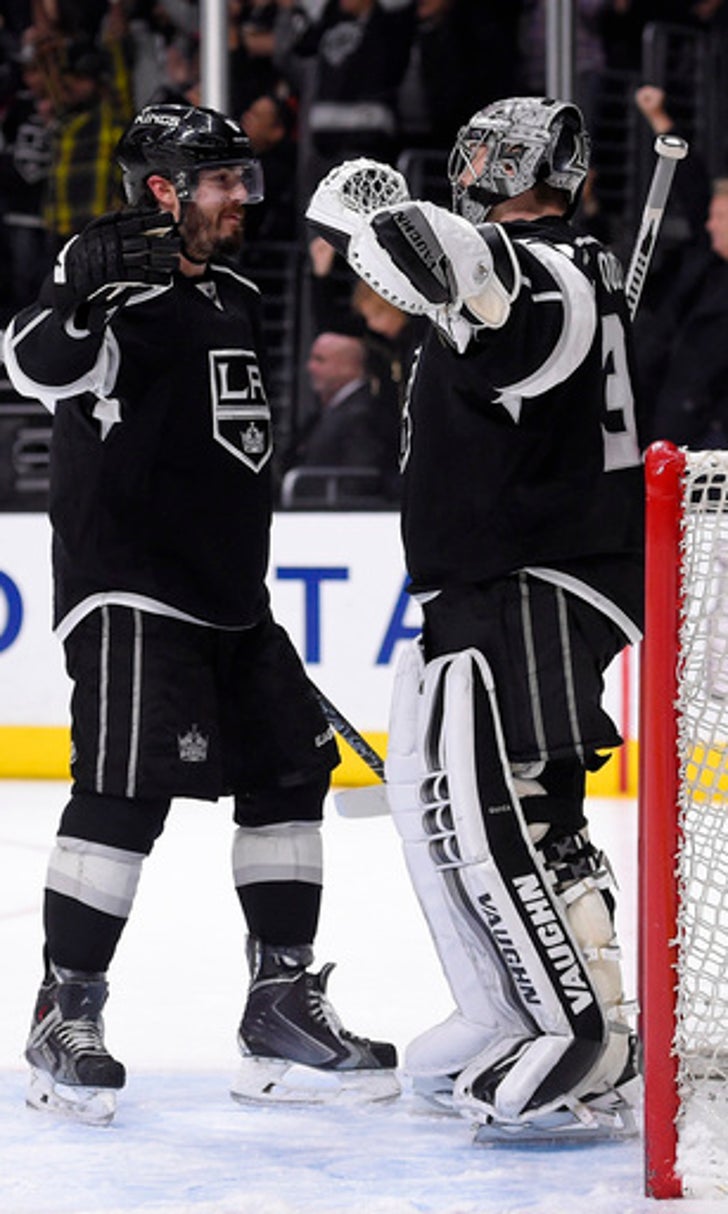 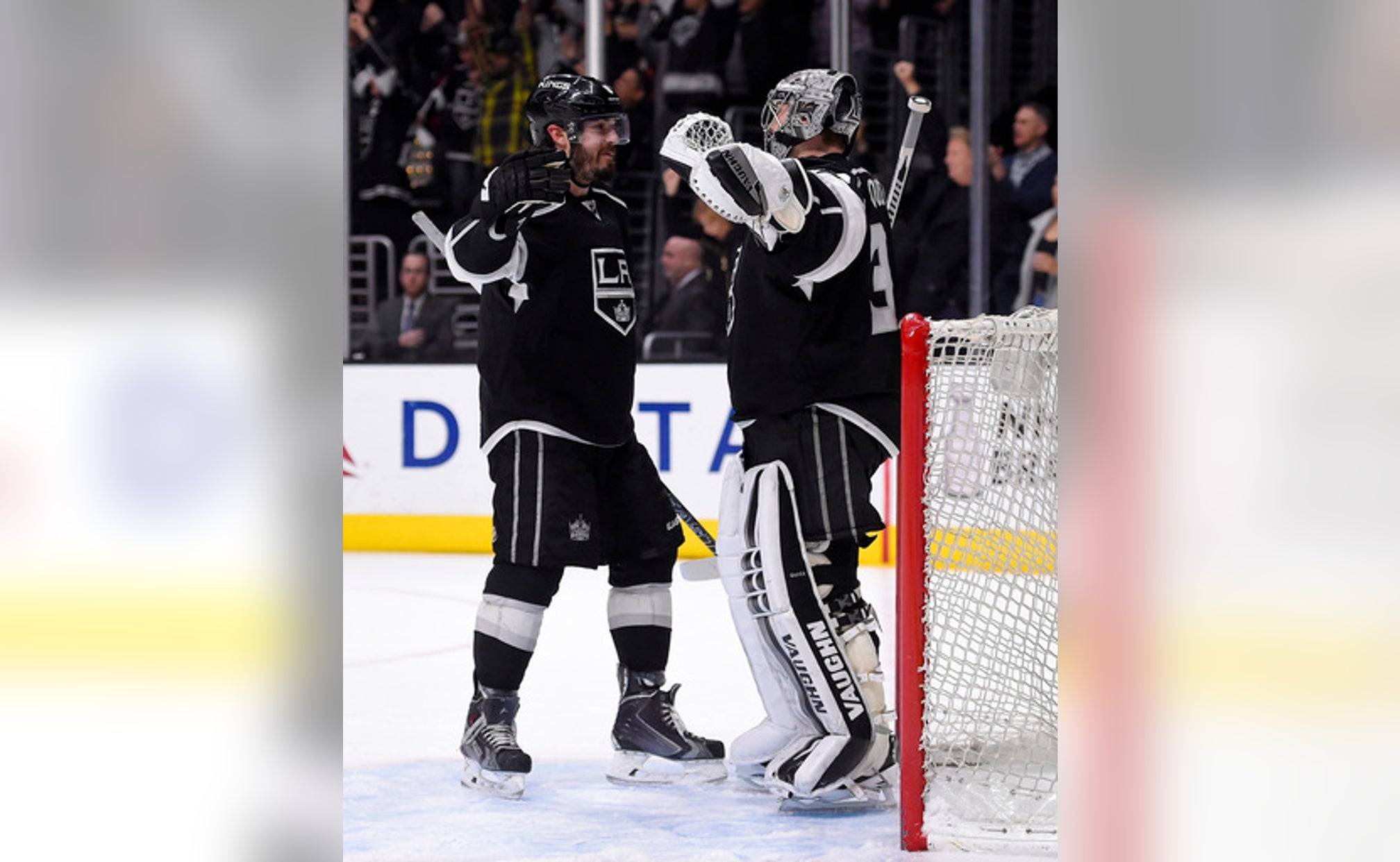 Kings GM: Doughty should win Norris, and it's not even close 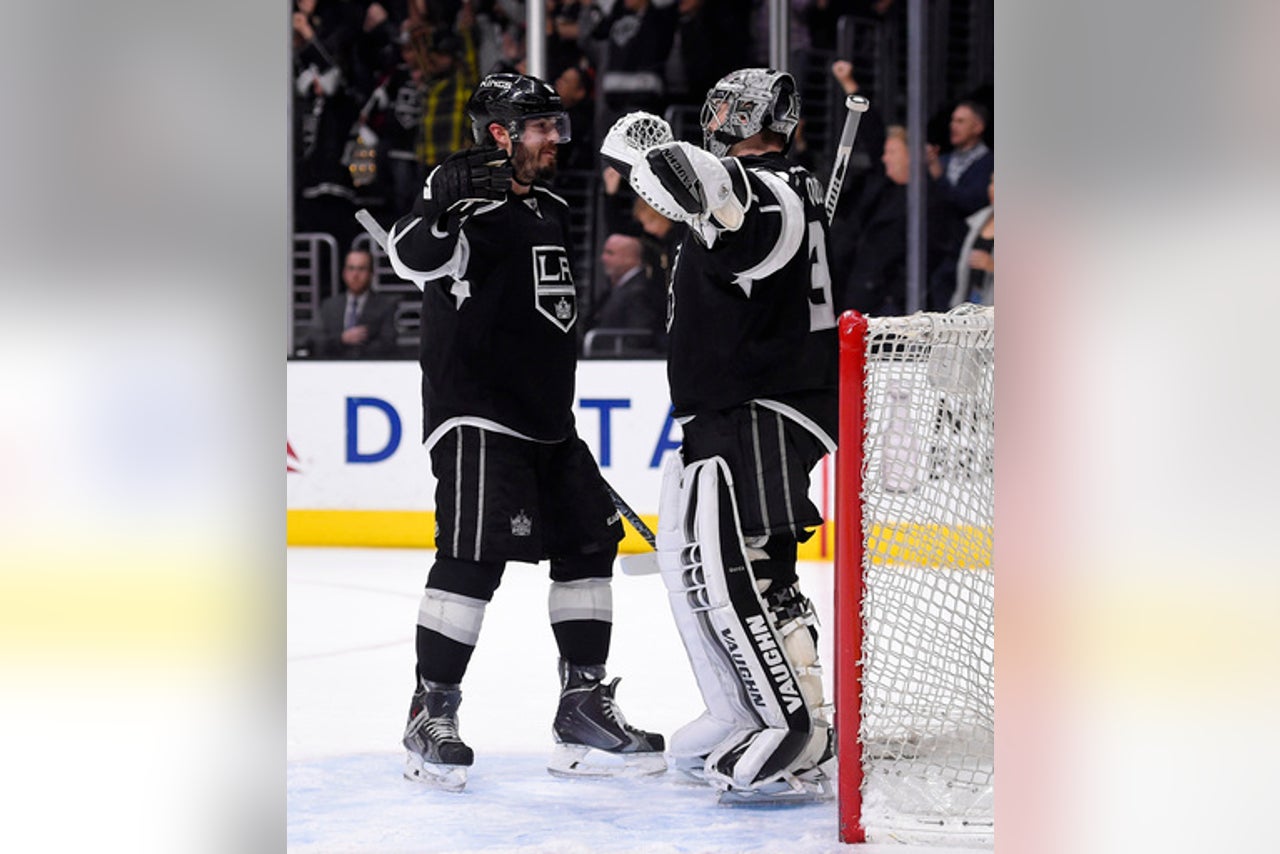 EL SEGUNDO, Calif. (AP) Defenseman Drew Doughty is the bedrock of the Los Angeles Kings' run to two Stanley Cup titles and their return to the postseason this week.

General manager Dean Lombardi thinks it's time Doughty was recognized for his excellence with his first Norris Trophy. He also has strong words for anybody who thinks Ottawa's Erik Karlsson is the NHL's best all-around defenseman.

Lombardi said the race is ''not even close'' in his mind.

''All you've got to do is stay up and watch West Coast games, and you'll know why, and I won't even have to explain it to you,'' he added Tuesday.

Doughty is expected to play his usual 30-plus minutes for the second-seeded Kings when they open the Stanley Cup playoffs against the rival San Jose Sharks on Thursday night. The two-time Olympic gold medalist is a puck-possession monster who dictates the pace of games, chips in with 51 timely points and makes innumerable smart plays to carry the Kings.

To Lombardi, Doughty is clearly the best in the business.

''You know what the beauty of that position is?'' Lombardi asked. ''It's the classic case where greatness is the subtleties. And that No. 1 defenseman, what makes him special? Unless you really understand the game and see some of the things he does, you have to study the game, not watch the game, and realize what he does is like really special and has nothing to do with the highlights and the points and all of this stuff.

''Every general manager knows it. Ninety-nine percent of players know it. ... It's not a highlight-film position. It's not supposed to be, and then we turned it (into one) because (Hall of Fame defenseman) Paul Coffey, I guess, pulled it off. But at least Paul Coffey was also in the playoffs. And this stuff that (Doughty) plays for a better team? How good do you think we are without him? How about the other way around? So don't even get me going on that.''

The two-time Norris winner scored 82 points this season, finishing fourth in the overall league scoring race with the NHL's biggest total by a defenseman in 20 years. Karlsson also led the league with 66 assists, becoming the first defenseman to do that since Bobby Orr in 1974.

But Karlsson's defensive play isn't considered spectacular, and he isn't an elite penalty killer. Lombardi knows the Norris Trophy is supposed to go to the player with the ''greatest all-around ability at the position,'' according to the official NHL ballot.

''If you're going to win, I don't care how good you are, you're going to have to play the other side of the puck,'' Lombardi said. ''You're going to have to make those little plays that aren't going to show up on the highlights. (Doughty's) defensive partners - the little things he'll do just to get his partner time to make a play. He's three steps ahead of everything, and because he is that, he makes it look easy.''

NOTES: The Kings hope D Alec Martinez, D Matt Greene and F Marian Gaborik are getting closer to rejoining the lineup after injuries. All three veterans participated during practice Tuesday, but are still a few steps away from suiting up on game days.

Gaborik has been out for two months with a knee injury, and he said it's ''not fun to watch'' the playoff chase from the stands. The Kings are proceeding cautiously with the talented scorer, but they would also love a quick return from Martinez, who scored the Stanley Cup-winning overtime goal in their most recent playoff game in 2014.

''I think a lot of those injuries, you've got two parts,'' Lombardi said. ''One, being physically stable, and then the mental part of going out there and getting hit. I think we're getting to that point, because we don't have time for the ginger part, to go down here and get hit and see if it's OK. We've got to hit the ground running, so I'm not so sure.''