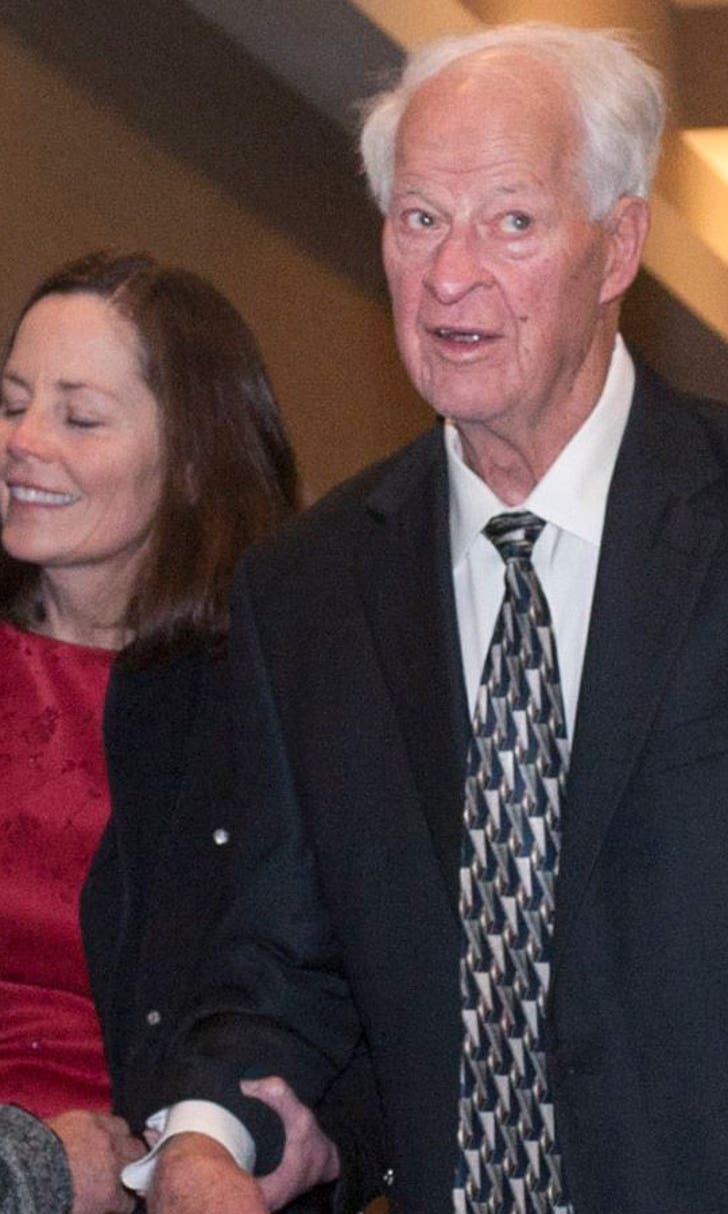 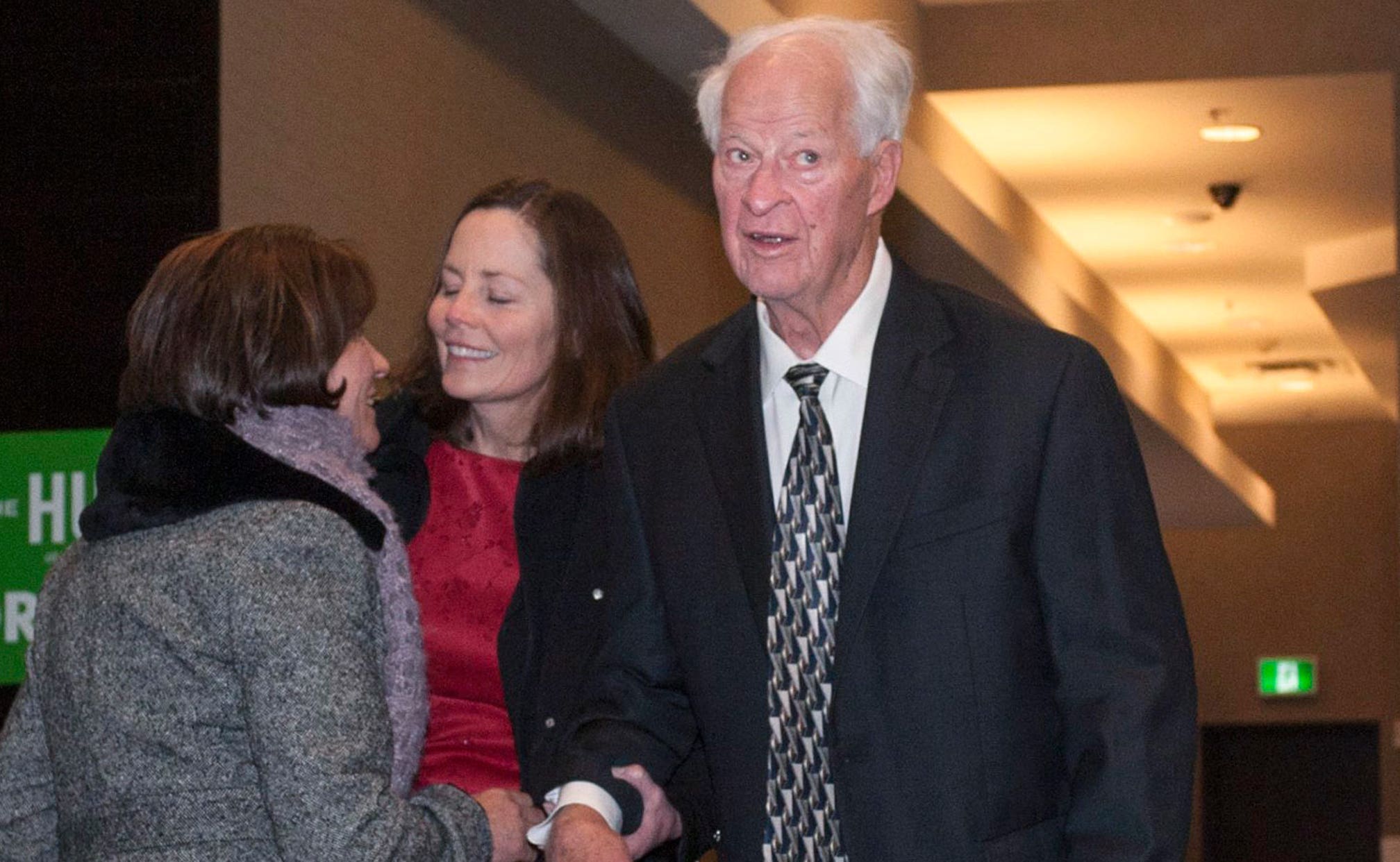 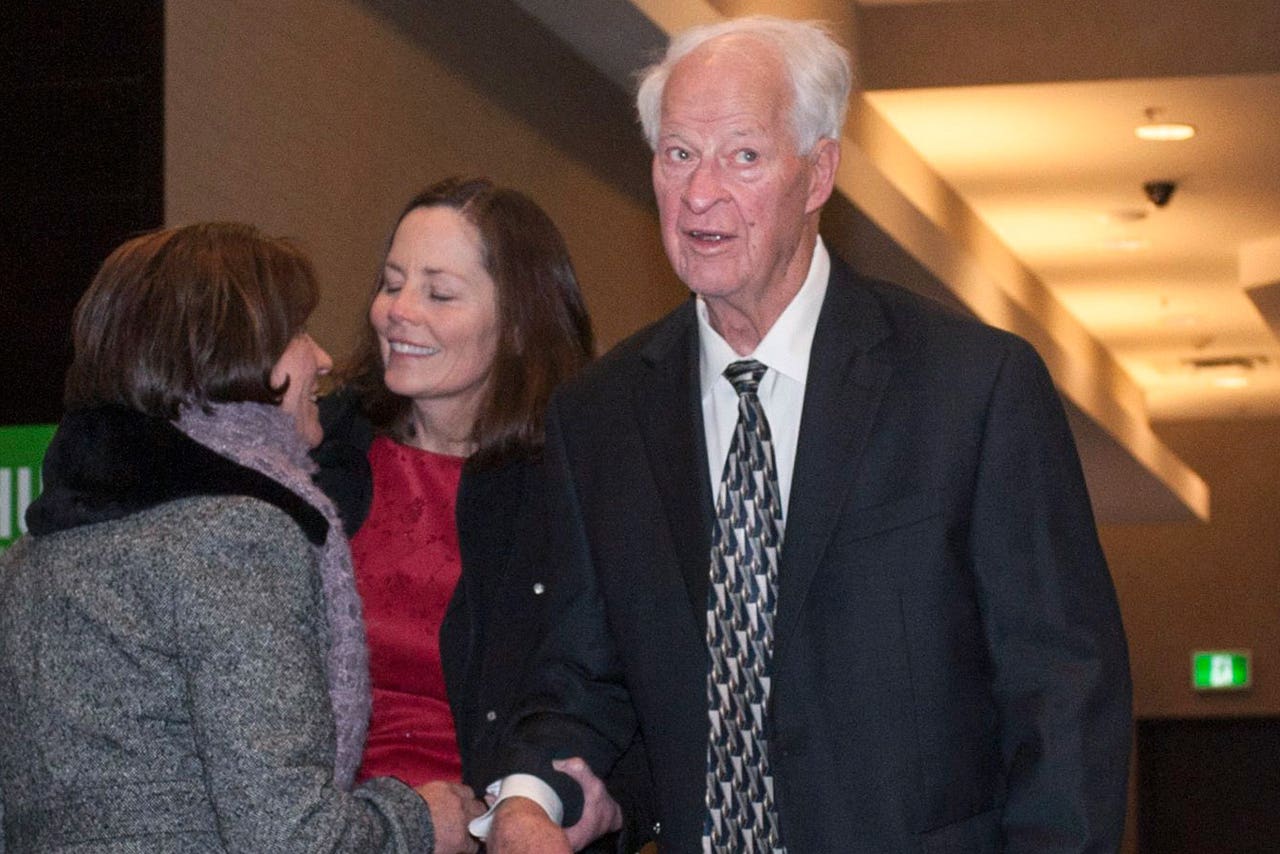 Ravaged by a stroke that left him unable to walk and barely able to speak, Gordie Howe had decided it was time to quit.

His sons didn't want to hear it. Not from Mr. Hockey, whose 25-year career in the NHL was defined by his indomitable style of play and blend of grit and finesse.

''He was saying, `Take me out back and shoot me,''' recalled Murray Howe, a diagnostic radiologist. ''He was serious. It wasn't like a joke. I said, `Dad, let's just see if we can help you first.'''

They found help in Mexico, where experimental stem cell treatments produced what his family called a ''life changing'' turnaround that has put the 87-year-old Howe back on his feet. A second round of treatments is planned in June.

Recent years have been challenging for Howe, who set NHL marks with 801 goals and 1,850 points - mostly with the Detroit Red Wings - that held up until Wayne Gretzky surpassed him. He retired from hockey for good, but not until he was 52.

The body he counted on as an athlete has stayed relatively strong, but memory loss from the early stages of dementia became a problem even before his wife's death in 2009 after battling Pick's disease, a rare form of dementia similar to Alzheimer's. Colleen Howe's death was a blow and seemed to hasten Howe's decline, Murray Howe said.

Howe's four children began taking turns having him live at their homes for weeks or months at a time.

Howe had a significant stroke on Oct. 26, losing use of his right arm and leg, and his speech was slurred. He was still able to recognize people in family photos and those from his playing days, and he improved in the weeks that followed. But because he couldn't swallow following the stroke, he shed 35 pounds. And then came another blow the next month.

Howe lay nonresponsive in a hospital for days. Murray Howe said he began writing his father's eulogy and other family members started making funeral arrangements. Since a back problem last summer, Howe has been in Lubbock, Texas, at the home of his daughter, Cathy Purnell.

''We decided Lubbock would be his final resting place, essentially,'' Murray Howe said. ''We thought it would be a nice, steady decline.''

An MRI showed Howe hadn't had another stroke but instead had been severely dehydrated. And a short time later, the family got a phone call from San Diego-based Stemedica Cell Technologies, offering Howe the opportunity for stem cell treatments in a clinical trial in Tijuana. Murray Howe said the full two-injection treatment is not available in the U.S. Howe got one injection of donor stem cells into his spinal column and another intravenously.

He was told about the December trip and its reason beforehand, ''but he can't remember,'' said Marty Howe, another of his sons.

Even before the second injection, the Howe sons said, their father was walking again.

''It was life changing for him and for us,'' Marty Howe said. ''He hadn't walked in two months.''

Now back up to about 200 pounds, Howe goes regularly to rehab, which is aimed at giving him as much quality of life as possible. His progress since the treatments in Mexico allowed him to travel to Canada in February where he was honored in his hometown by Gretzky, Bobby Hull, Brett Hull, and Mark and Marty Howe.

He can walk slowly and speak, though not loudly. His shortened gait is more the result of back pain than the stroke, Murray Howe said.

There's little doubt his spirits are high. At a recent session of occupational and physical therapy in Lubbock, Howe eyes twinkled and he smiled every now and then as he flirted with the two young women putting him through his paces. He even planted an innocent, light kiss on the cheek on his occupational therapist and twirled her once as if they were dancing.

''He is doing extremely well, very well for his age,'' said Nathalie Geddie, Howe's physical therapist, adding that he still has weakness on his right side. ''To think about how far he's come since he's had his stroke, he's made significant functional gains.''

Howe's hand-eye coordination remains sharp. When Murray Howe gently tossed worn, yellow tennis balls for Howe to hit with a PVC pipe that's normally used to work on his range of motion, he hit nearly every one of them.

''It's a pleasure to see him like this, as compared to how he was,'' Marty Howe said. ''Because how he was just sitting in the bed, laying down drooling, and that was what was going to be the rest of his life.''

Howe seemed happy that day at therapy, which is paramount to his family.