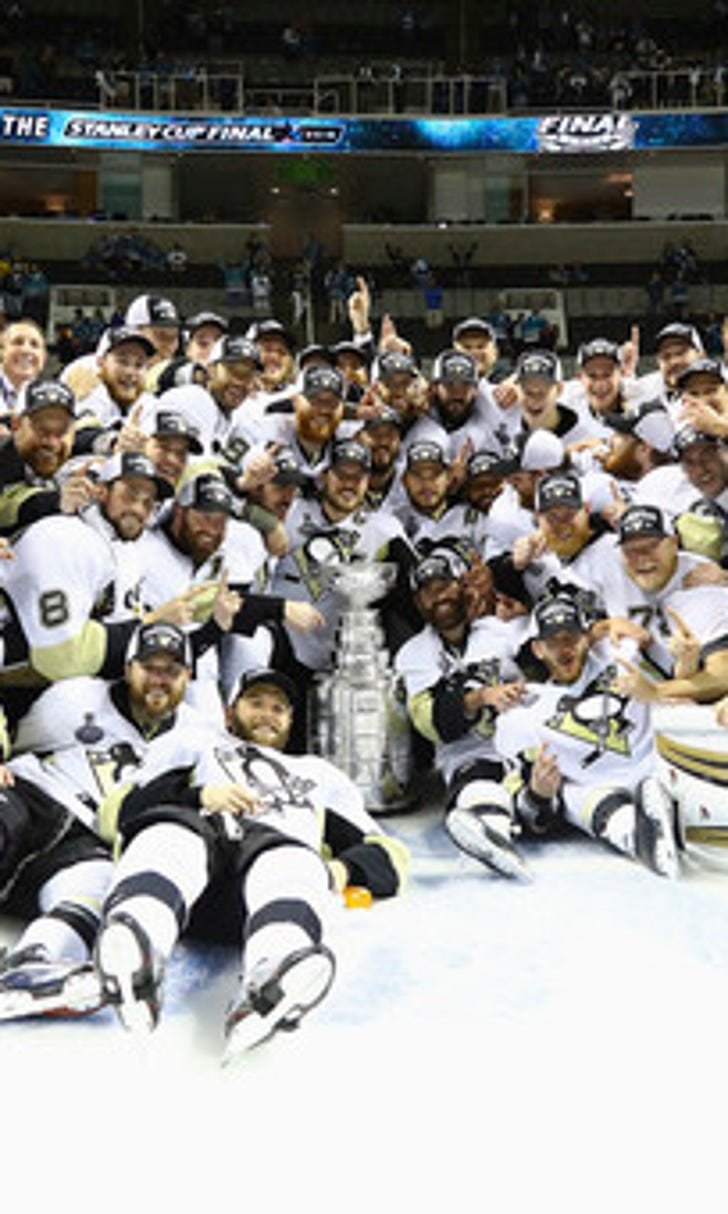 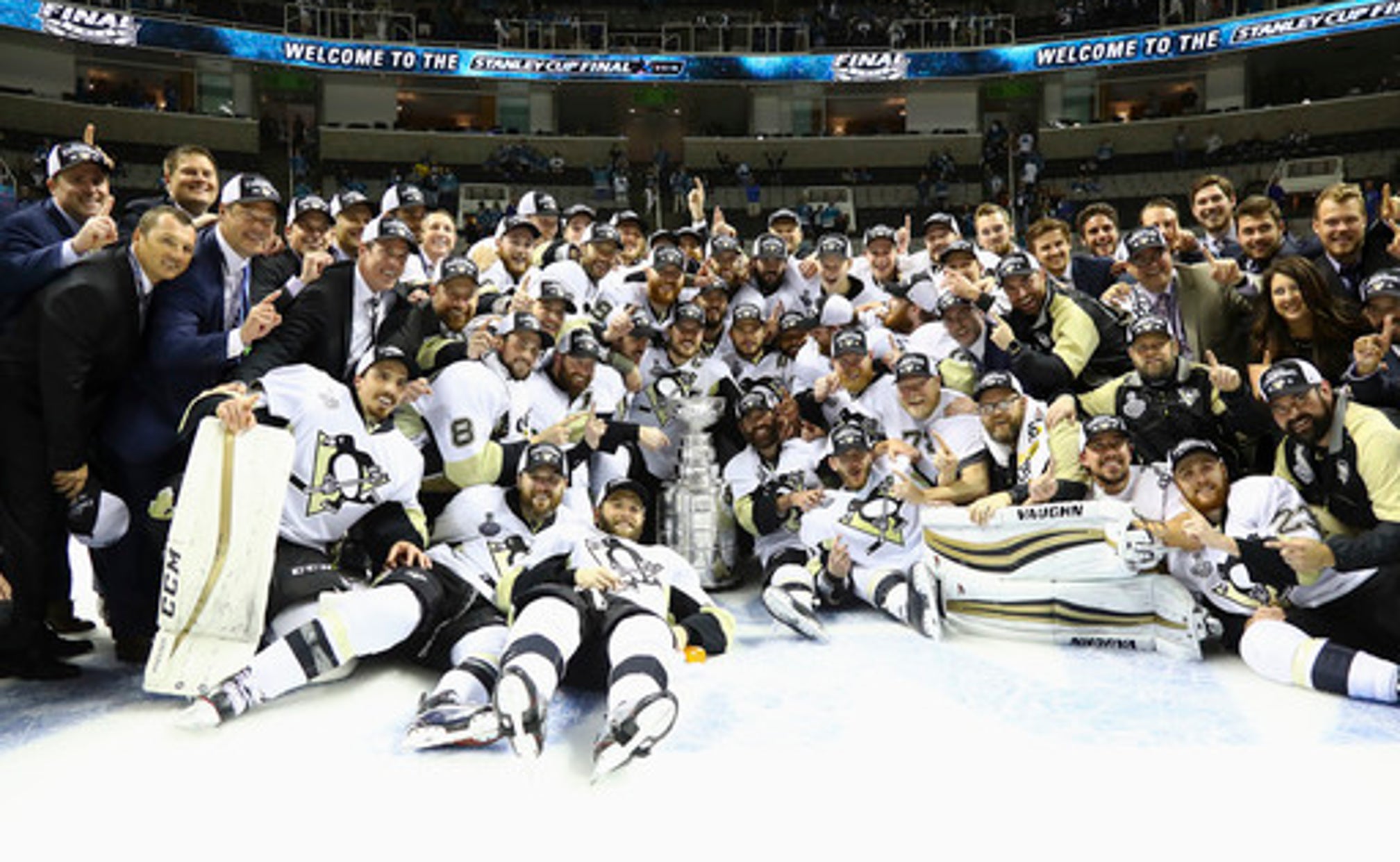 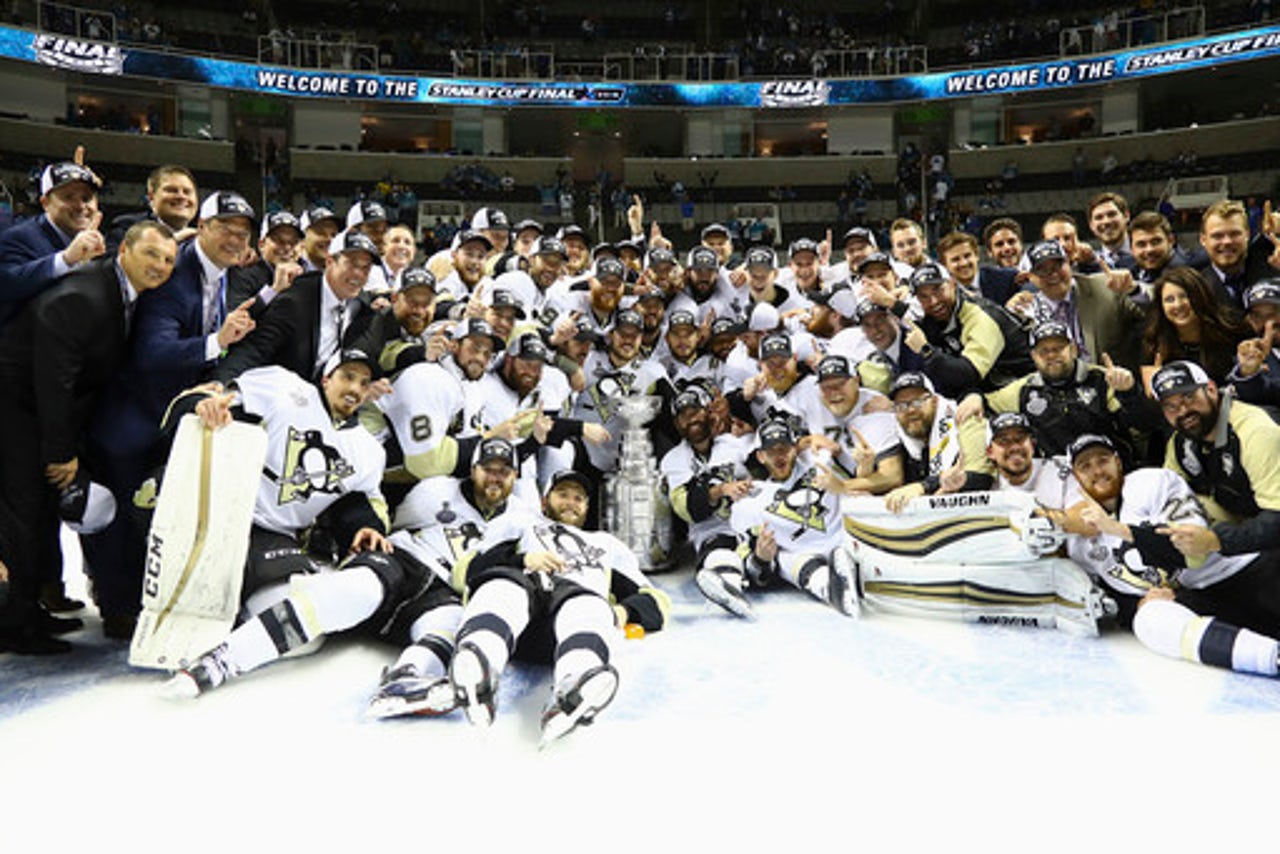 PITTSBURGH (AP) When the Pittsburgh Penguins won the Stanley Cup in 2009, a dynasty appeared to be in the offing. It didn't quite work out that way. Injuries and inconsistent postseason play sent the franchise into a full-fledged identity crisis.

The long, seemingly interminable wait for Sidney Crosby and Evgeni Malkin to bookend the championship the helped capture seven years ago came to a blissful, euphoric end on Sunday night in San Jose. Their six-game triumph over the Sharks in the final capped a meteoric six-month sprint under Mike Sullivan, whose arrival in mid-December provided the wake-up call the talented but erratic roster desperately needed.

''It's not an easy win in this league,'' Malkin said. ''Every team in the league deserves to win. We play against San Jose and they haven't won in 25 years. It's not easy.''

Maybe, but for the Penguins the path might be smoother than most. The group that poured over the boards and onto the ice when the horn sounded at the end of a 100-game plus marathon that spanned from September to June appears to be well-appointed for the future thanks to a series of moves by general manager Jim Rutherford to build around his two stars.

Oddsmakers made Pittsburgh an early favorite to win it all again next year, heady territory considering there hasn't been a repeat champion in nearly two decades. Then again, there's reason to be optimistic the run at the top that seemed a near certainty in 2009 could still come to fruition, if later than expected.

The core of Crosby, Malkin, forward Phil Kessel and defensemen Kris Letang and Olli Maatta are all 30 or under and all signed through at least 2022. Goaltender Matt Murray - whose 15 wins in the playoffs tied an NHL rookie record - turned 22 last month. Young forwards Bryan Rust, Conor Sheary and Tom Kuhnhackl are in their mid-20s. Carl Hagelin, Nick Bonino and Patric Hornqvist will be back.

So will Sullivan, who began the season molding prospects for Pittsburgh's American Hockey League affiliate in Wilkes-Barre/Scranton. He ended it posing at center ice with his sport's biggest trophy as the centerpiece after taking the pieces given to him by Rutherford and creating a relentless, swarming team that often tilted the ice for long stretches.

''We felt as though, if we were a team that could play fast in every aspect of the game, it could be our competitive advantage on some of our opponents,'' Sullivan said. ''I thought Jim Rutherford did a tremendous job in acquiring some guys along the way that enhanced that speed for us.''

The only real questions heading into the offseason surround goaltender Marc-Andre Fleury and forward Matt Cullen.

Fleury kept the Penguins afloat early in the season, then played the role of dutiful mentor to Murray after a concussion suffered on March 31 limited him to one playoff appearance, an overtime loss to Tampa Bay in Game 5 of the Eastern Conference finals. Fleury has three years left on a deal with an average cap hit of $5.75 million, a high price to pay for a player who just watched his backup backstop the team to its fourth title.

Rutherford insists Fleury remains a part of the team's future, though Fleury acknowledged at times during the playoffs he wasn't sure what the future will hold. Ditto the 39-year-old Cullen, who pledged that this season would be his last. It's hard to imagine finding a sweeter way to go out than skating around with the Cup. Yet he also looked and played like a guy a decade younger, and he didn't miss a game in the regular season or playoffs.

For now, the chance to savor a triumph few saw coming when Sullivan took over is enough

''It's pretty amazing,'' Cullen said. ''We went through an awful lot this year and we really became a close knit group. It was pretty cool how everybody seemed to play a special part as we went through the end of the year and into the playoffs. Everybody shares a big piece of it. It's truly a team win.''

As if to emphasize the point, the first Penguins outside of Crosby to lift the Cup on Sunday night were those who played a vital role in the run but didn't play a minute during the final, going from injured defenseman Trevor Daley to retired forward Pascal Dupuis to Fleury.

''It took everybody to get this,'' Crosby said, who earned the Conn Smythe as the playoff MVP.

And it will almost certainly take everybody to get back. The Penguins are optimistic but also pragmatic. They know 2009 was supposed to be the first of many, which is maybe why they didn't cherish it as much as they should have. They have no plans to make the same mistake this time around.

''It's a great year,'' said Malkin, who welcomed a son last month. ''I have lots of emotion, I'm glad the season is over like this. It's going to be a great summer.''